Here are ten movies whose casts do not feature many actors, but stars whose cinematic appeal stems from their unusual talents or appearance, life stories, or involvement with non-film related projects. The films can all be said to blur the line between documentary and fiction in their utilization of these extraordinary individuals. All break the mold of traditional Hollywood casting, which is based on talent and socially acceptable appearance, sometimes to taboo breaking or experimental ends, but always to something far beyond what we would see otherwise. Please note that almost all of these movies are NSFW and further research should probably be done at home. 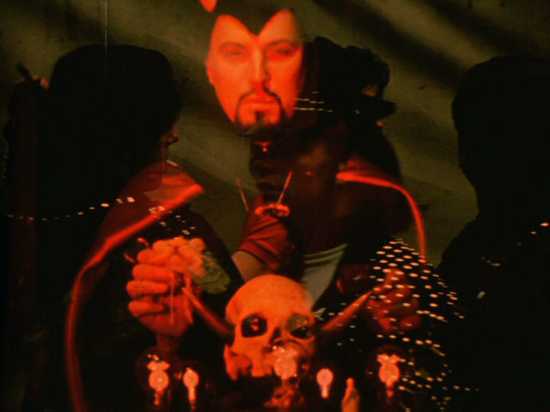 Kenneth Anger’s short film is a highly stylized depiction of the occult and drug culture prevalent in the late-1960s Haight Ashbury neighborhood of San Francisco. The casting features members of the Church of Satan, including its founder Anton Lavey, an albino LSD dealer, and Bobby Beausoleil. Bobby Beausoleil was a musician and scene figure amidst the occult happenings circuit at the time the film was made. Less than a year after appearing in the film, he committed the first of a string of murders perpetrated by members of the Manson Family, a commune/cult headed by infamous sociopath Charles Manson that he had fallen into. The film is rightfully placed in the American avant-garde canon and features of bizarre minimalist synth score by Rolling Stones frontman Mick Jagger.

Many of German director Werner Herzog’s films could make this list, but two will do. Heart of Glass is the story a 18th century town that is consumed by madness after being unable to replicate the red ruby glasswork for which it became famous. The cast of the movie is extraordinary as they all underwent hypnosis at Herzog’s direction before each filming session. The results are trance-like and, well, hypnotizing, with many of the actors unable to produce much but sparse dialogue and unusual gestures. Yet, the performances never become tedious and the movie moves at a graceful, yet glacial, pace. Additionally, the film features master glassblowers doing their work, always an interesting sight. The ethereal score is by Popul Vuh. 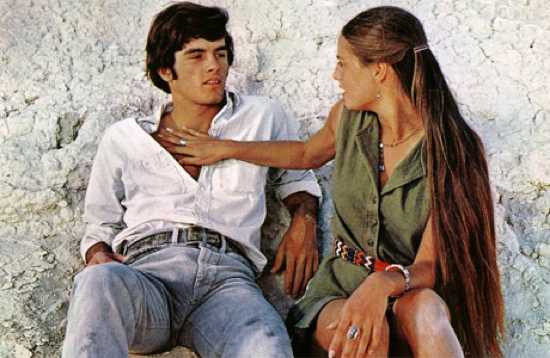 Michelangelo Antonioni’s somewhat disappointing take on American radicalism and counterculture featured several non-actors. Perhaps most noteworthy is the appearance of Black Panther Party members, including Kathleen Cleaver, who’s indignation and well thought-out encouragement of white student leftism proved much more powerful than the performances by the two non-actors Antonioni had cast in the lead. These non-actors, Mark Frechette and Daria Halprin, were members of a commune founded by folk musician and occult writer Mel Lyman, a commune that was really more shady cult than utopian experiment. Both actors agreed to appear in the movie to finance Lyman’s operations, but their bizarre promotional appearances failed to stir much public interest in the film or further their acting careers. Frechette would later rob a bank in Boston in 1973, again for the financial benefit of Lyman, and die in a prison weightlifting accident two years later. The extraordinary cast is further augmented by the appearance of the avant grade troupe The Open Theater, who staged a controversial fake orgy sequence for the movie. Given all of these elements, it is still Antonioni’s worst film, notable only for the masterfully filmed opening sequence featuring the Black Panthers and the score by Pink Floyd. 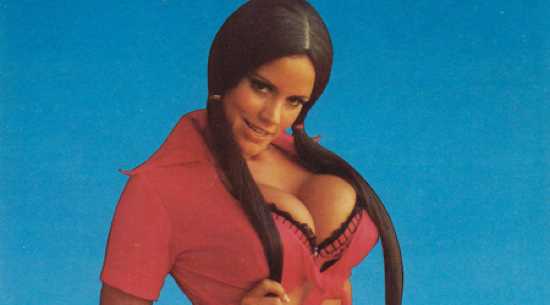 All of Russ Meyer’s movies uniformly feature women with an unmissable, outlandish physical attribute: extremely large breasts. Throughout Meyer’s career, his obsession with this particular body part has landed his curvy wonders in quite disparate roles, from vicious motorcycle gangs to the Hollywood socialite scene. Supervixens is perhaps his masterwork, featuring many of his regular actresses (like Uschi Digard and Haji) in an epic journey through an American desert where all of the denizens are obsessed with sex and death. From Supercherry to Supersoul, each episode features the liberated sexuality and cartoonish disgust with violence and authority that are the trademarks of Meyer’s work. Nonetheless, lead actress Shari Eubank, who appeared in only one other movie besides this, steals the show with her playfully confrontational attitude and shocking transformation at the end of the movie. 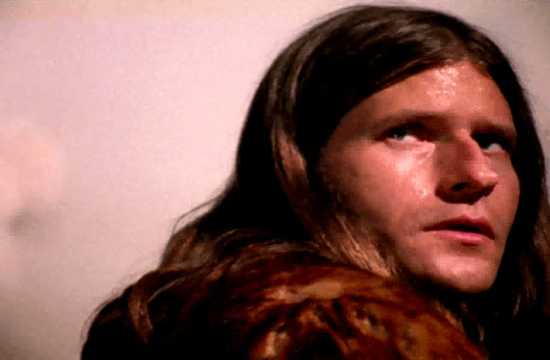 Crispin Glover wrote, directed, and starred in this very rarely shown film wherein every principle character besides himself has Down’s Syndrome. The condition is never mentioned in the movie, which focuses on the tormented psyche of Glover’s childlike character. More interesting casting choices include a couple of adult movie starlets who appear nude wearing animal heads. A strange film by a strange man. 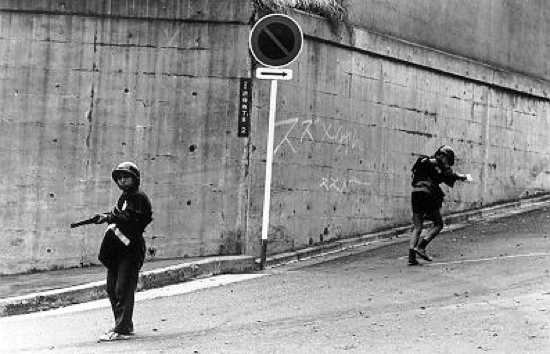 Shocking in its time, Emperor Tomato Ketchup remains so, particularly for director Shuji Terayama’s frank depiction of children’s interest in sexuality. The film details the character of a young boy, the eponymous Emperor Tomato Ketchup, who has led children in revolt against adults and taken over Japan. Given the plot, the cast consists almost entirely of children, who cavort in militaristic uniforms and destroy anything they find symbolic of the old parental civilization. These young actors were given very little direction. The film was met with criticism from conservatives for its attack on Japanese family values and by leftists who viewed the film as equating revolution with savagery. 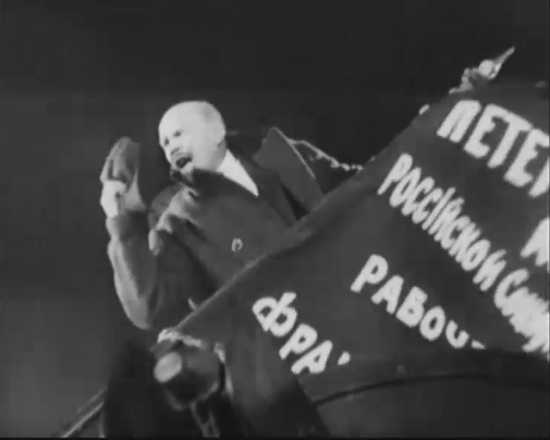 Eisenstein’s masterpiece will forever be included in film-making textbooks for its innovative and exemplary use of frame composition, montage, and dramatic lighting. Additionally, first time viewers will quickly realize how oft quoted it is, directors from Carl Dryer to Brian de Palma have all paid direct tribute to the film. The film is of interest to this list as it cast many of the actual participants of the Russian Revolution, in effect recreating key events. Given that many of the events of the Russian Revolution were not recorded, this fictionalized account of is the closest we will come to witnessing world changing moments like the storming of the Winter Palace. 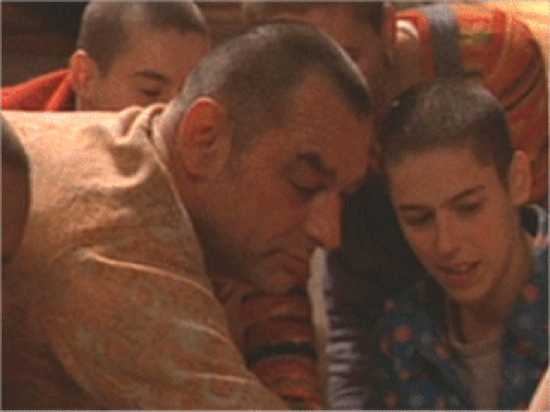 Sweet Movie is perhaps the most fully realized of Czech director Dusan Makavejev’s works, an oeuvre wherein the values of both capitalism and communism are satirized and the exploitations practiced by both systems put on full display. The unusual casting here comes in a somewhat fictionalized portrayal of performance artist Otto Muehl’s Friedrichschof Commune. The Friedrichschof Commune was a German group that outlawed private property and monogamy and practiced an extreme form of group therapy based on both Muehl’s artistic practice and psychoanalyst Wilhelm Reich’s civic minded rejection of sexual repression. In Sweet Movie, a fictional Miss Canada briefly feels at home with the outlandish commune, whose real activities are depicted, before she rejects the group in favor of a modeling career.

Todd Browning’s Freaks is perhaps the most well-known movie on this list. A morality tale in which a good-natured, but deformed group of circus performers prove less monstrous than the “normal” circus performers who plot to murder sideshow midget Hans, deftly portrayed by Harry Earles, for motives of greed. The film is notable as it features actual sideshow “freaks” including sword swallowers, limbless individuals, transvestites, sufferers of Virchow-Seckel syndrome and microcephaly, and conjoined twins. The film was shocking and rarely screened at the time of its release and later gained cultural cache from its rediscovery by the 1960s counterculture. 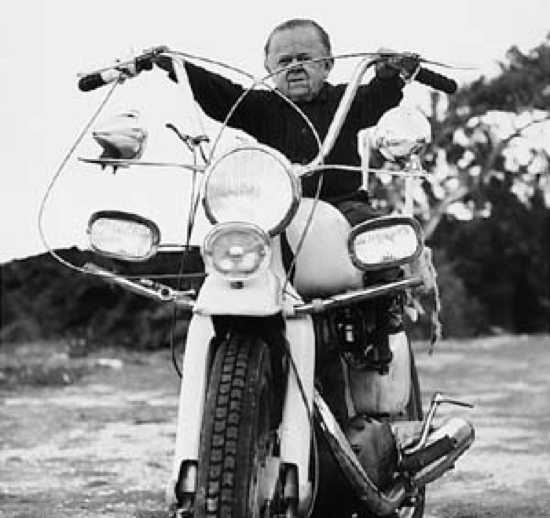 Werner Herzog’s anarchic portrait of an institution taken over by its prisoners features a cast composed entirely of dwarfs. No explanation is given for the reduction in size of the world’s inhabitants and they all struggle to perform normal tasks in a world made for the average sized. As if these images weren’t stirring enough, Herzog loaded the film with shocking stunts and incredibly odd skits that all culminate in a destructive conclusion. A nightmarish study in rebellion, yet a stirring critique of rebellion; a lucid critique of civilized institutions and a grand questioning as to whether anarchy serves as a proper replacement for even totalitarian order, Herzog is at his finest here. And the laugh of Hombre, played by Helmut Doring, is unforgettable.

Herzog has given some fantastic anecdotes about working with the cast of little people, including an unrequited infatuation held by the shortest actress for the tallest member of the film crew. Perhaps most legendary is a promise Herzog made to the cast after they kept getting injured during stunts. He said that if there were no more onset injuries, the cast could film him doing whatever they say. They rolled him off a hill into a thicket of cacti, a reel that is unfortunately lost.