The Rock and Roll Hall of Fame was founded in 1983 to honor musicians who made a lasting contribution to rock and roll music. The first inductees into the hall were the pioneers of rock and roll, Little Richard, Chuck Berry, Elvis Presley, Buddy Holly and the first few groups of inductees certainly all belong. However, starting in 1993 with the induction of Frankie Lymon and the Teenagers things began to get a little off track. Frankie Lymon and the Teenagers had one big hit “Why Do Fools Fall in Love?” and a couple of minor ones after that, but in just two or three years they were off the charts. Their influence was negligible. In 2006, Miles Davis was inducted. Miles is one of my favorite musicians and I have more of Miles Davis’ recordings in my collection than any other artist, but I question his election to the hall of fame before the artists I’ve listed below as he was a jazz pioneer and not a rock and roll artist. His election to the hall seems to be a desire on the part of the election committee to show their good taste in music. By that criteria, why not elect Jascha Heifetz, who is considered one of the greatest musicians of all time (he was a classical violinist)? He could play notes faster and cleaner than Jimmy Page or Jimmy Hendrix on their best days but he doesn’t belong in the hall and would likely roll over in his grave if he were. Maybe Miles rolled over…

The Rock and Roll Hall of Fame has a list of “500 Songs That Shaped Rock and Roll” and some of the artists that are not in the hall have recordings on that list which makes their exclusion from the hall even more inexplicable. I have listed the most glaring omissions first. There are many artists who could have been included, so if your favorite isn’t here (and they’re not in the H.O.F.) be sure and leave a note in the comments section along with why you think they belong. 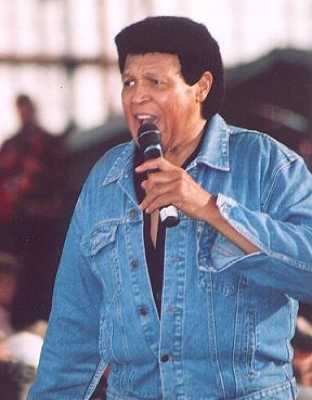 Chubby Checker’s recording of Hank Ballard’s “The Twist” is the number one record on Billboard magazine’s “All-time Hot 100 top songs” list. (Ballard is in the hall.) It went to #1 on the charts twice, once in 1960, and later in 1962. “The Twist” came along at a time when many of the early pioneers of rock and roll (Chuck Berry and Little Richard) had faded from the charts, or, like Elvis Presley, were singing formula ballads. Make no mistake, early rock and roll was all about dancing, and Checker’s recording had both teenagers and their parents taking to the dance floor in numbers that wouldn’t be seen again until the disco days of the seventies. The recording is included in the H.O.F. “500 songs” but Checker is not in the hall. The record spawned many other “Twist” records, the most popular being “Twist and Shout” (a hit for the Isley brothers and The Beatles) and “Twistin’ the Night Away” by Sam Cooke. Checker had other hit records such as “The Pony Time,” “Limbo Rock,” “Slow Twisting,” and the 1961 Grammy Award winner for Best Rock and Roll Solo Vocal Performance and number one record of 1961, “Let’s Twist Again.” Chubby Checker’s exclusion from the Rock and Roll Hall of Fame is an injustice. More importantly, Checker (real name Ernest Evans) still performs to this day and people all over the world still dance “The Twist.” When rock and roll’s flame was diminishing, Checker turned up the heat. 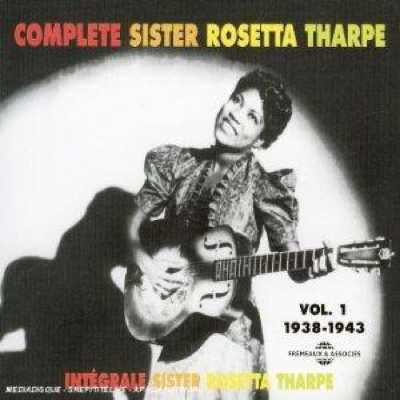 In 1942, Billboard magazine columnist Maurie Orodenker had begun using the term “rock and roll” in descriptions of recordings such as “Rock Me” and “This Train” by Sister Rosetta Tharpe. Her recording of ”This Train” is in the HOF “500 songs” but Sister Rosetta is not a member of the hall. While not all of her gospel recordings would be considered rock and roll, when she performed up-tempo, blues-based gospel music with her electric guitar it was music that Little Richard has acknowledged was one of his main influences and Bob Dylan has acknowledged her as well. Why she isn’t in the hall is a total mystery. Tharpe passed away in 1973. You can find film of Sister Rosetta’s performances on YouTube as well as a couple of excellent documentaries. 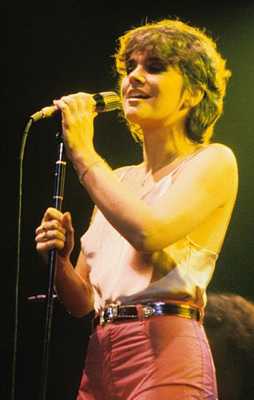 She started as a country-folk singer but eventually mastered many other genres of music and became the best-selling female artist of the 1970s. She brought the music of Buddy Holly to a generation that had either forgotten or never heard of him. She helped popularize country-rock in the 1970s along with H.O.F. members The Eagles, who met while backing Ronstadt on her self-titled third album. She has too many Grammy awards for me to list here, and has more true rock and roll hit records than many of the artists already in the hall. Her recordings also influenced many of the current hard-rocking country artists you hear today. As a vocalist, she has few equals and her voice is instantly recognizable no matter what she is singing. She helped popularize many songwriters such as Warren Zevon and Wendy Waldman and brought attention to overlooked genres of music. She still performs occasionally and her exclusion is one of the most serious oversights of the hall of fame. 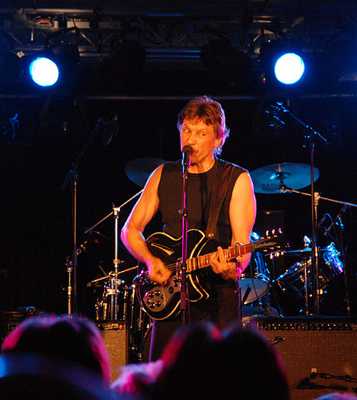 “Born To Be Wild” is one of the 500 most influential songs, but the John Kay led Steppenwolf is nowhere to be found. Written by Mars Bonfire (aka Dennis Edmonton) who was the brother of Steppenwolf’s original drummer, it was the first use of the phrase “heavy metal,” as in “heavy metal thunder” and these guys were heavy when the Beatles were still being cute. They had other big hits as well such as “Magic Carpet Ride” and the late night F.M. favorite, “The Pusher.” There were many membership changes over the years, but John Kay has been a constant, and he’s still performing today, though the original members have passed on or retired. Let’s give the German-born Kay and his band credit and induct them into the hall. 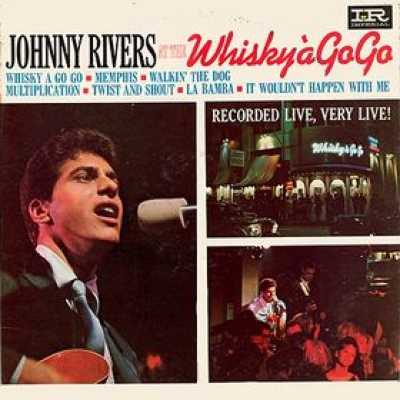 Just when it seemed like the British had totally taken over the music charts, along comes New York City-born Johnny Rivers and his hit record “Secret Agent Man.” Many of Rivers’ other big hits were remakes of other artists’ hits such as Chuck Berry’s “Memphis,” but he put his own personal style into them and many sold more copies than the originals. He sang the title song to the late night music program “The Midnight Special” and had million-selling records into the 1970s with “Rockin’ Pneumonia and the Boogie Woogie Flu” and “Swayin’ to the Music (Slow Dancing).” A true rocker, Johnny Rivers is still performing today and he has earned a place in the Rock and Roll Hall of Fame. 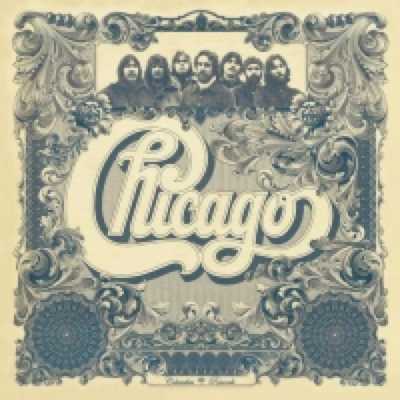 Originally named The Chicago Transit Authority their early recordings contained rock, jazz and classical music. When they rocked, they really rocked – such as their massive hit, “25 or 6 to 4.” (The song is about how it was written at 25 or 26 to four in the morning and what the writer, Robert Lamm, was going through while he wrote it.) They later produced less rocking, more ballad driven records, but that shouldn’t take away the fact that the band could, and in concert still does, rock as hard as the best of them. Their early albums were staples of the more serious, no top-forty F.M. rock stations. According to Billboard magazine, the only artists with more charting recordings (singles plus albums) than Chicago are The Beatles, The Rolling Stones and The Beach Boys. This is as grievous an omission as Ms. Ronstadt. 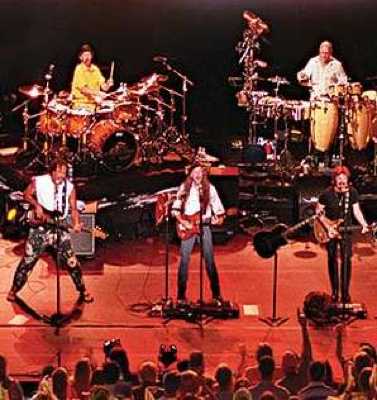 They modeled themselves on the other brothers with two drummers, The Allman Brothers Band. As commercial as a band can get, these guys produced songs that almost demanded they be played on your car stereo while you were “Rocking Down The Highway.” Look up “seventies rock” in the dictionary and there’s a picture of the Doobie Brothers. They produced a stream of radio ready, play air guitar, sing along and dance with ‘em hits. From the classic rocker “Long Train Runnin” to the Michael McDonald/Kenny Loggins penned “What a Fool Believes” they were just plain fun…and that’s what rock and roll is all about. They had great vocals, harmonies, pristine guitar work and great drumming. Why aren’t these guys in the hall? 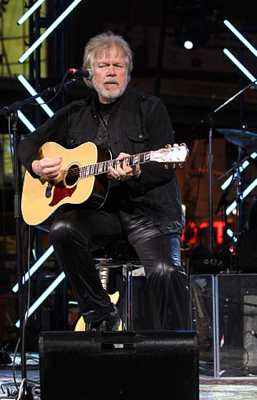 I’ve put these two together as the H.O.F should induct Canadians Randy Bachman and Burton Cummings for their body of work. Bachman played in both bands and Cummings was only in The Guess Who but co-wrote and sang lead on their hits. Here are some of The Guess Who’s hits; “American Woman,” “No Sugar Tonight,” “Undone,” “These Eyes,” “Laughing,” Share The Land,” “No Time” and “Hand Me Down World” and “Clap For The Wolfman.” You couldn’t turn on top forty rock radio in the early seventies without hearing them, and the F.M. hipster stations played them alongside The Grateful Dead. When Randy Bachman left The Guess Who he formed Bachman Turner Overdrive and the hits kept on coming with “Takin’ Care Of Business” “Let It Ride” and “You Ain’t Seen Nothin’ Yet.” Burton Cummings and Randy Bachman both deserve to be in the hall. They’re the Canadian version of Lennon and McCartney. They still perform together occasionally as “The Bachman-Cummings Band” and perform hits from both The Guess Who and B.T.O. 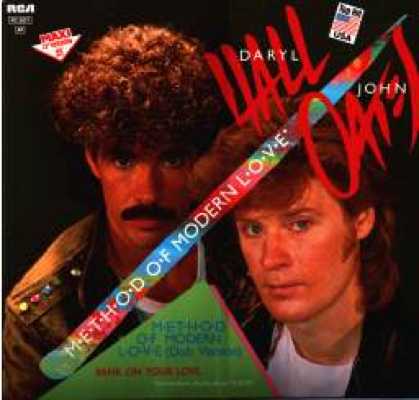 Billboard magazine ranks Hall and Oates at number 15 on their 100 greatest artists of all time. They’ve had six #1 records and dozens of others that charted but didn’t go to the top. Their up-tempo tunes are dance classics and their ballads are original and timeless. Their monster hit “I Can’t Go for That (No Can Do)” has been sampled dozens of times and songs they’ve written have been covered by other artists who have had hits with them as well. They have been snubbed by the National Academy of Recording Arts and Sciences (the Grammy Awards) as well as the Rock and Roll Hall of Fame. These two may be the best purveyors of blue-eyed soul that rock and roll has witnessed and yet they are not in the hall.

1
Last but not least… 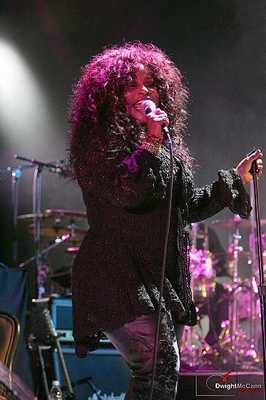 I couldn’t decide on a number ten… there were many to choose from including Deep Purple, Joe Cocker, KISS, The Electric Light Orchestra, The Moody Blues, Jethro Tull, Rush, Heart, Stevie Ray Vaughn, Emerson, Lake and Palmer, The Zombies, The B-52’s, Cheap Trick, Peter Frampton, Bon Jovi, Chaka Khan, Todd Rundgren, Bad Company, Yes, The Cars, Heart, Kool and the Gang, John Mayall, Procol Harum, K.C. and The Sunshine Band, and many others I’m sure will get mentioned in the comments!

10 Total Tyrants From The History Of Rock And Roll