Sure, the oceans are huge and mountains are impressively big. And 7 billion people are a lot of humans, but still. As we all live on planet Earth (with a diameter of 12,742km), it is easily forgotten how incredible tiny we all actually are. All we have to do is look up into the sky at night to realize that we are just a speck of dust in a immensely huge universe. Here’s a list that might bring human grandness back into perspective. 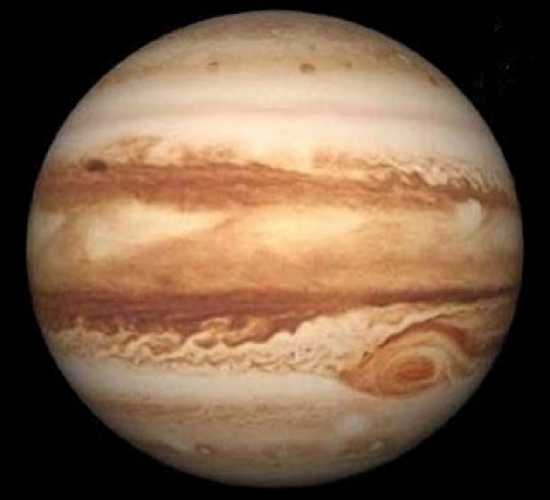 Jupiter is the largest planet in our Solar System. Ancient Astronomers named Jupiter after the king of the Roman Gods. Jupiter is the 5th closest planet to our sun. The atmosphere of Jupiter consists of about 84 percent Hydrogen and about 15 percent helium, with small amounts of acetylene, ammonia, ethane, methane, phosphine, and water vapor. Jupiter has a mass 318 times greater than the Earth’s and a diameter that is 11 times larger. The mass of Jupiter is 70% of the total mass of all the other planets in our Solar System. Jupiter’s volume is large enough to contain 1,300 planets the size of Earth. The Planet has 63 known satellites (moons) but most of them are extremely small and faint. 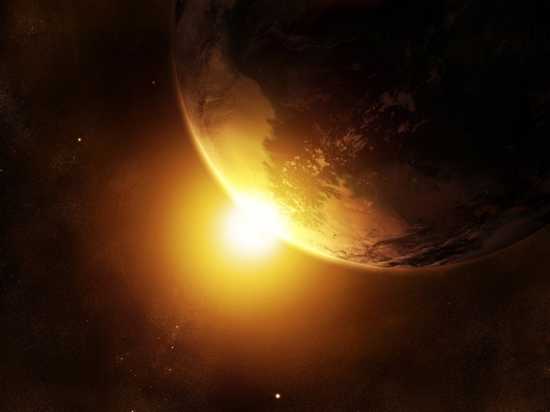 The Sun (a yellow dwarf star), is by far the largest object in the solar system. It contains more than 99.8% of the total mass of the Solar System, Jupiter contains most of the rest. The Sun is, at present, about 70% hydrogen and 28% helium by mass; everything else (“metals”) amounts to less than 2%. This changes slowly over time as the Sun converts hydrogen to helium in its core. Conditions at the Sun’s core (approximately the inner 25% of its radius) are extreme. The temperature is 15.6 million Kelvin and the pressure is 250 billion atmospheres. The Sun’s power (about 386 billion billion megawatts) is produced by nuclear fusion reactions. Each second about 700,000,000 tons of hydrogen are converted to about 695,000,000 tons of helium and 5,000,000 tons of energy in the form of gamma rays. 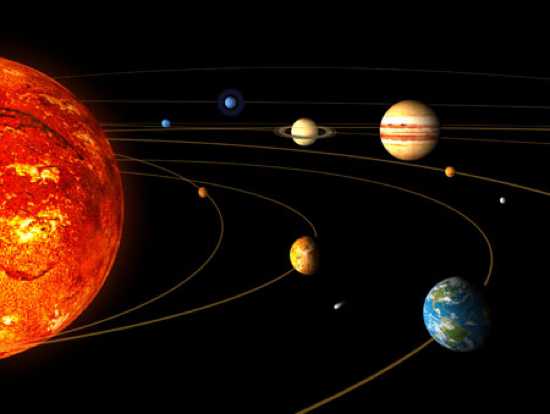 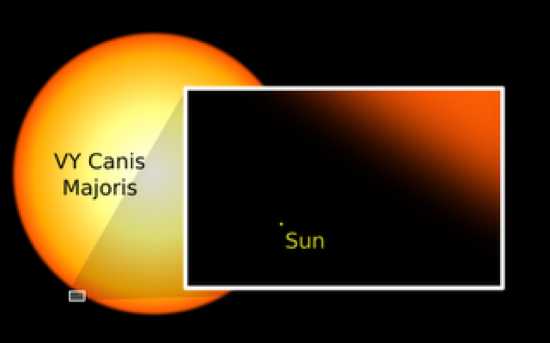 VY Canis Majoris (VY CMa) is the largest known star and also one of the most luminous. It is a red hyper giant in the constellation Canis Major. It is 1800-2200 times the sun in radius, about 3.0 billion km (1.864 billion mi) in diameter. Placed in our Solar System, its surface would extend out past the orbit of Saturn. Some astronomers disagree, and think that VY Canis Majoris might be smaller; merely 600 times the size of the Sun, extending past the orbit of Mars

6
Most water ever found 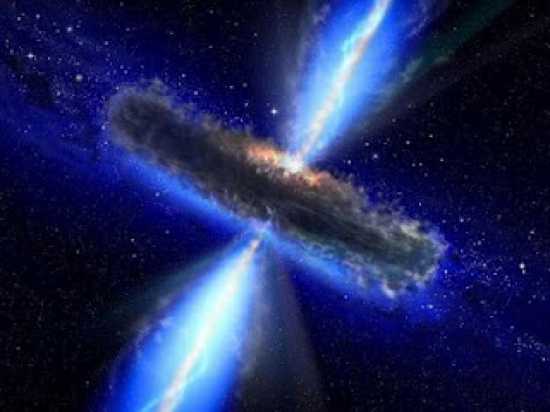 Astronomers have discovered the largest and oldest mass of water ever detected in the universe, a gigantic, 12-billion-year-old Cloud harboring 140 trillion times more water than all of Earth’s oceans combined. The cloud of water vapor surrounds a supermassive black hole, called a quasar, located 12 billion light-years from Earth. The discovery shows that water has been prevalent in the universe for nearly its entire existence, researchers said. 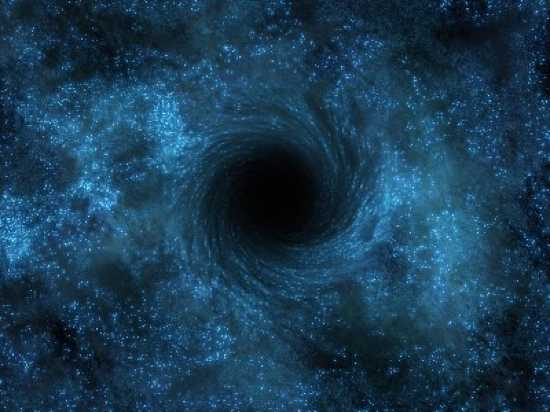 A supermassive black hole is the largest type of black hole in a galaxy, on the order of hundreds of thousands to billions of solar masses. Most, and possibly all galaxies, including the Milky Way, are believed to contain supermassive black holes at their centers. One of these newly surveyed monsters, which weighs as much as 21 billion Suns, is in an egg-shaped swirl of stars known as NGC 4889, the brightest galaxy in a sprawling cloud of thousands of galaxies about 336 million light-years away in the Coma constellation. This black hole is so big, our entire solar system would fit in about a dozen times. 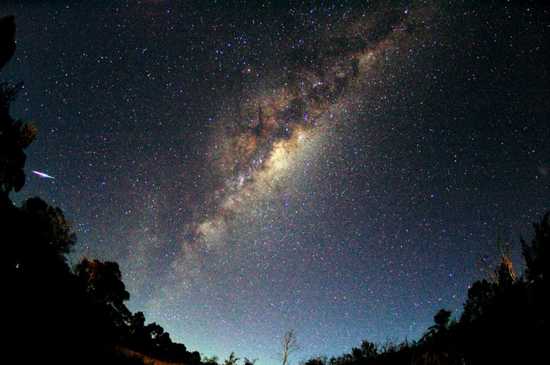 The Milky Way is a barred spiral galaxy 100,000-120,000 light-years in diameter containing 200-400 billion stars. It may contain at least as many planets, with an estimated 10 billion of those orbiting in the habitable zone of their parent stars. 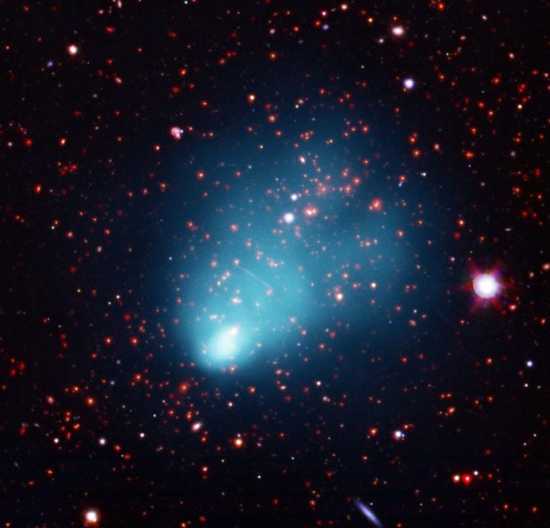 El Gordo is located over seven billion light years from Earth, meaning that it is being observed at a young age. According to the scientists involved in this study, this cluster of galaxies is the most massive, the hottest, and gives off the most X-rays of any known cluster at this distance or beyond.

The central galaxy in the middle of El Gordo is unusually bright and has surprisingly blue colors in optical wavelengths. The authors speculate that this extreme galaxy resulted from a collision and merger between the two galaxies at the center of each cluster.

Using Spitzer data and optical imaging it is estimated that about 1% of the total mass of the cluster is in stars, while the rest is found in the hot gas that fills the space between the stars and is detected by Chandra This ratio of stars to gas is similar with results from other massive clusters.

A picture paints a thousand words, so just look at this poster and try to imagine/comprehend how big our universe is. The mind boggling figures are written below. Here is a link to the full sized image. 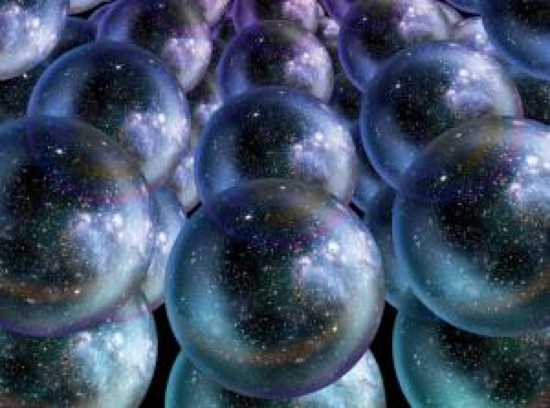 Imagine not just one, but numerous universes, all existing at the same time. The multiverse (or meta-universe) is the hypothetical set of multiple possible universes (including the historical universe we consistently experience) that together comprise everything that exists and can exist: the entirety of space, time, matter, and energy as well as the physical laws and constants that describe them. But then again, there is no proof of a multiverse, so maybe our own universe is the biggest after all.