Archeology is a fascinating science; the more it discovers, the more mysteries it unfolds. The more answers it gives, the more questions are raised. But that just provides us with the impetus to keep on trying to unlock the secrets of the past. This list investigates ten of the most important and incredible archeological discoveries in history.

Baruch ben Neriah was a scribe in the Bible who was the secretary for (and blood relative of) the prophet Jeremiah. In addition to writing all of Jeremiah’s prophesies which were dictated to him by the prophet himself, Baruch also wrote his own Biblical Book (you can read it here – it was removed from Protestant Bibles in the 1500s but can found in Orthodox and Catholic Bibles). He is a greatly revered person in the history of the Jews and by Christianity too. So why is this item here on the list? In 1975 a clay bulla (a clay seal) was discovered on the antiquities market which bore not only Baruch’s name, but his fingerprint. If truly authentic, this small clay seal contains both the signature and the fingerprint of not just the right-hand man of a Biblical prophet, but also a man who was a prophet in his own right. 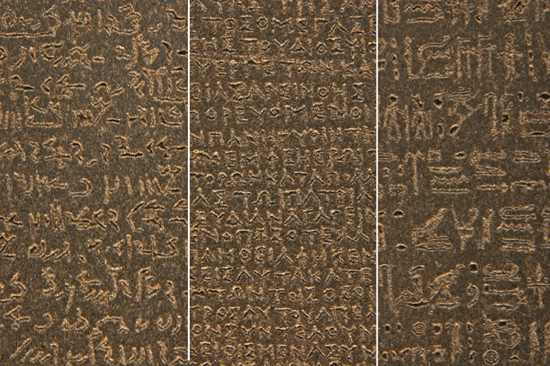 The discovery of the Rosetta stone unlocked the secrets deep within Ancient Egyptian Hieroglyphics. The stone bears a decree from King Ptolemy V from 196 BC but unlike all other decrees before it – this one was written in three languages: Ancient Egyptian Hieroglyphics, Demotic, and Ancient Greek. It was discovered on July 15, 1799 by soldiers of Napoleon and soon found its way to Alexandria. Hieroglyphics and the ability to read or write them ceased by 396 AD so this was to present the key to finally understanding a language that had baffled man for more than a millennium. By using the Greek text, Jean-François Champollion was able to decipher the Ancient Egyptian text and greatly improve our understanding of Demotic as well. Since the stone was discovered several similar multi-lingual inscriptions have been discovered. 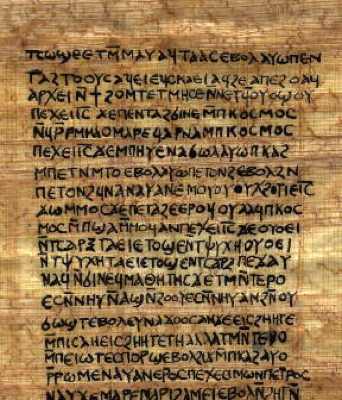 In 1945 in the Egyptian town of Nag Hammadi an incredible discovery happened. Mohammed Ali Samman, a local peasant, discovered twelve leather-bound papyrus codices inside a large jar. It turned out that their contents were fifty-two mostly Gnostic texts that were either unknown or known only through commentaries of the Church fathers. Gnostic writings and practices were banned by Bishop Athanasius in 367AD and so the Gnostic texts were all destroyed – bar the Nag Hammadi library which was obviously secreted away by someone wanting to preserve them for history. The contents of these papyruses gives us virtually all that we know of the Gnostics – a condemned Christian sect that began in the formative years of the Church. Their significance to Biblical and social history are immense. The books include a number of gospels and other text relating to the movements of the Apostles after the death of Christ and other extra-Biblical works which sometimes parallel and other times contradict the Bible. 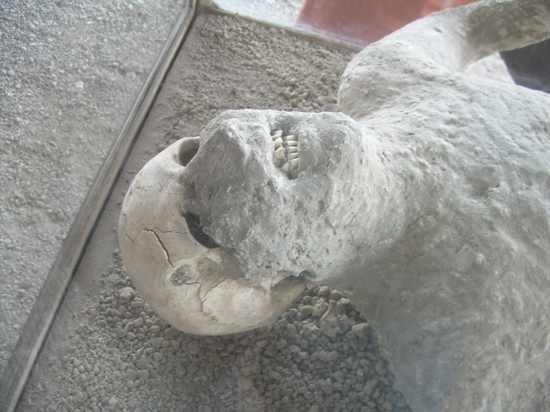 Pompeii, the ancient Roman city, was buried during a volcanic eruption in 79 AD when Mount Vesuvius exploded. It was lost for nearly 1700 years and the damage done to the city was so severe that even the name of the city vanished from memory. In 1738 Herculaneum – a nearby city also lost – was discovered and then ten years later military engineer Rocque Joaquin de Alcubierre discovered Pompeii. Whilst digging in later excavations, Giuseppe Fiorelli discovered that some of the large bubbles in the volcanic mud were perfectly formed molds of the men who had died there. He injected plaster into the bubbles and gave the modern world the first look at real Ancient Roman people. Interestingly the city was full of erotic art and objects (many of which were hidden until 2000 AD) and graffiti found on a wall in Pompeii called the city “Sodom and Gomorrah” leading many Christians to believe that the city was destroyed by God in retribution for its sexual perversities. 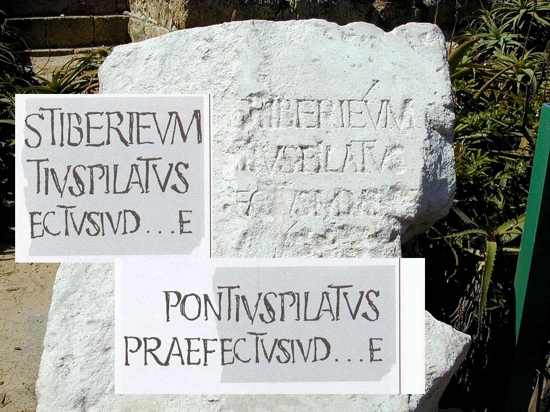 The Pilate stone (probably the least-known object on this list) was discovered in June of 1961 near Caesarea (part of Judea) by Dr. Antonio Frova while he was excavating with his team of archeologists an Ancient Roman theater built by Herod the Great in 30BC. The stone had been reused in the fourth century as part of a new staircase that had been added later. What was significant about this stone was what the archeologists found inscribed on the side: “To the Divine Augusti [this] Tiberieum … Pontius Pilate … prefect of Judea … has dedicated [this]”. This was the first time physical evidence had been found for the existence of the Biblical Pontius Pilate. Its authenticity is universally recognized by the archeological world. 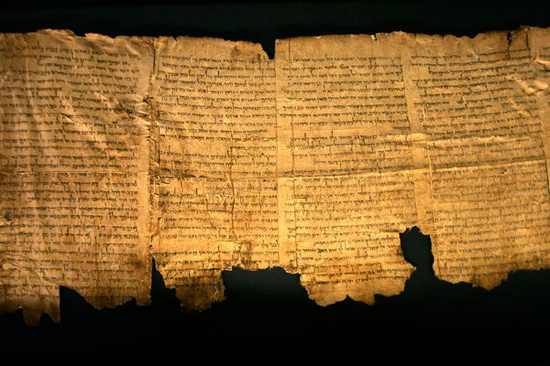 The Dead Sea Scrolls are 972 Biblical documents discovered in a cave on the shore of the Dead Sea in 1946 – 1947. They date back to the 2nd century AD; to understand the significance of that date, the only other existing ancient copies of the Hebrew Bible today date to the 9th Century AD. This has given Biblical scholars a chance to truly understand the translational history of the Bible from a mere two hundred years after Christ right to the present day. Coupled with the two other great Biblical copies of the text (written in Greek not Hebrew which date to the 4th century) this provides an incredible chance to understand how the Hebrew and Greek versions compared through history and tell us of the amendments made to both by various peoples at various times. 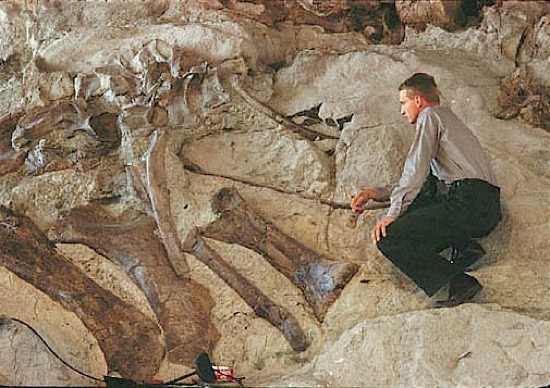 It is difficult to say when the very first dinosaur bones were discovered but we know at least that the first one scientifically recorded was that of Megalosaurus – described in 1824 by William Buckland. Iguanadon was discovered two years earlier by Gideon A. Mantell but was not described until a year later. Given the strong religious convictions of Western society at the time, these discoveries were to shake many people’s beliefs in a literal Bible in a way unseen since the discoveries of Copernicus and Galileo. Some people were convinced that these early dinosaur discoveries were the bones of the Biblical giants (some still do, as a matter of fact) but in time the majority have come to see that our amazing planet was home to creatures long before man stepped foot on it.

3
The Cave of Altamira 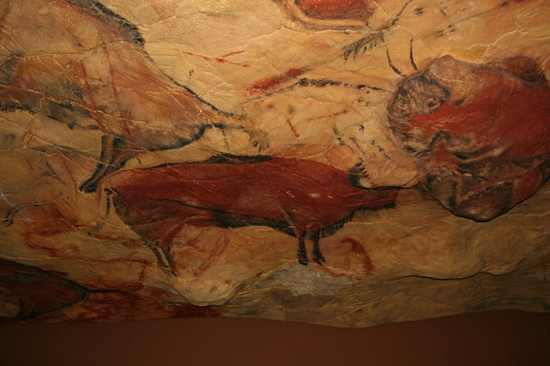 When the Cave of Altamira was first discovered it was to unleash a worldwide controversy spanning decades. In this cave, amateur archeologist Marcelino Sanz de Sautuola, led by his twelve year-old daughter, saw for the first time since paleolithic times, artworks created by man previously thought to be incapable of such a feat. Its implications for sociology and archeology were astounding. When the paintings were finally verified as authentic 20 years later, it changed forever the perception of prehistoric human beings. It is hard to fathom how Sautuola must have felt the moment he first glimpsed the paintings. 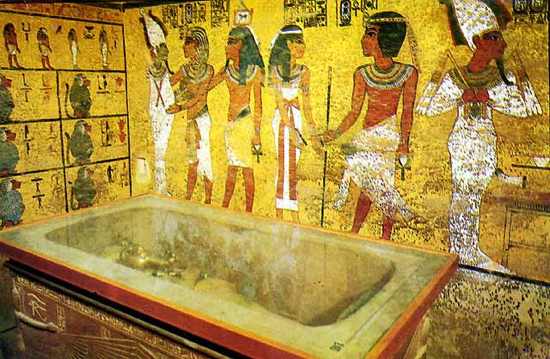 “At first I could see nothing, the hot air escaping from the chamber causing the candle flame to flicker, but presently, as my eyes grew accustomed to the light, details of the room within emerged slowly from the mist, strange animals, statues, and gold – everywhere the glint of gold. For the moment – an eternity it must have seemed to the others standing by – I was struck dumb with amazement.” Those are the words of Howard Carter – the man who discovered King Tut’s tomb. They sum up far better than I can the marvelousness of this most important Egyptian discovery in modern times. The importance of this discovery to the understanding of Ancient Egyptian history is probably the greatest ever. 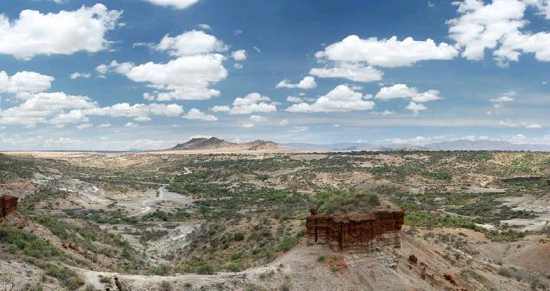 The Olduvai Gorge runs through Eastern Africa and is probably the most important archeological location on Earth. It contains the remains of 1.9 million year-old humans and, because it was continually occupied for thousands of years, shows the progress of the evolution of man. There have been found tools, evidence of scavenging (human teeth marks on bones instead of cut marks) and hunting, as well as evidence for human social interaction at such an early age. There are also rock art formations in the area. Because of the amount of the remains and signs of human interaction, it was very possibly one of man’s first cities (so to speak).