In the light of the coming up election in the United States, I have compiled a list relevant to Americans’ historical attitudes when it comes to electing the ‘’leader of the free world’’.
The United States has had throughout most of its history a two party system, arguably a consequence of the Electoral College vote, This system has effectively prevented a third party from gaining the ultimate goal in election cycles, The Presidency. However this does not mean that minor parties have not played a major role in American politics. Below a list of the most successful and influential third party presidential bids in US history. 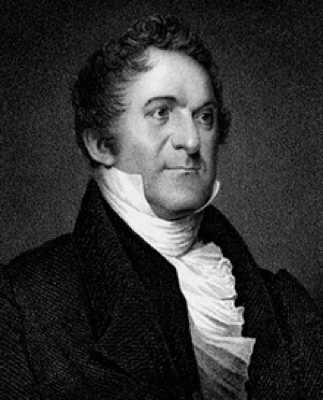 After leaving Washington, D.C., Attorney General William Wirt was ran an unsuccessful candidacy for President in the 1832 as the candidate of the Anti-Masonic party. This was perhaps ironic because he was, in fact, a former Freemason and, according to some sources, even gave a speech at an early Anti-Masonic convention defending the organization although it has also been said that he regretted his membership afterwards. The Anti-Masonic Party holds the distinction of being the nation’s first third party, and amongst the most successful. In the 1832 election, the William Wirt won the state of Vermont and received an impressive 100,000 votes for that time, and thus was the first candidate of an organized third party to carry a state. 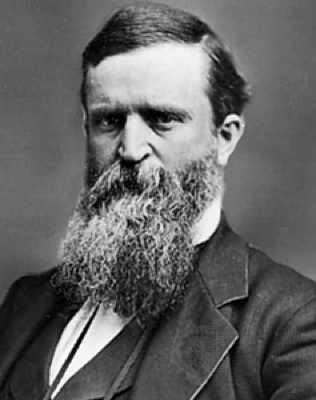 James B. Weaver, a representative from Iowa, was an independent thinker and third party activist who has the distinction of being the only third party presidential candidate to gain Electoral College votes from Oregon. In 1892, James B. Weaver was the Presidential candidate of the Populist People’s Party. As a presidential candidate he stumped the entire country, calling for a “free and fair ballot” in the South and civil rights for black Americans. He won 22 electoral votes, polling roughly a million and a half votes, 9% of the total cast. He won all of the electoral votes of Colorado, Idaho, Kansas, and Nevada and also received some electoral votes from North Dakota and Oregon. His popular vote percentage makes him earns Weaver a spot among the most successful third-party presidential bids in US history. 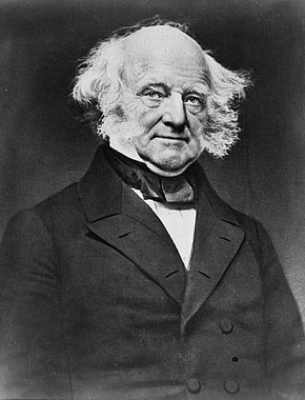 A third party, the Free Soil Party, was organized for the 1848 election to oppose further expansion of slavery into the western territories. The party was led by Salmon P. Chase and John Parker Hale. Former President Martin Van Buren defeated Hale by a 154-129 delegate count to capture the Free Soil nomination. Unlike many other politicians at the time, there was no ambiguity in Van Buren’s position on the abolition of slavery during his political campaign in the 1848 election. Van Buren considered slavery morally wrong but sanctioned by the Constitution, and he advocated a constitutional amendment. Ultimately Van Buren obtained nearly 300,000 popular votes for a 10.1% percent of the electorate support. Van Buren Free-Soil Party’s “spoiler” effect in this election put Zachary Taylor into office in a narrowly-contested election. 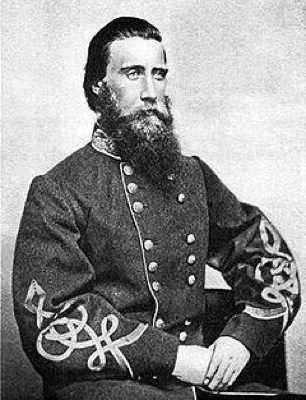 Annoyed by the continuous sectional strife in the Senate, Tennessee congressman John Bell had pondered forming a third party to attract moderates from both the North and South throughout the 1850s. In May 1860, disgruntled ex-Whigs and disenchanted moderates from across the country convened in Baltimore, where they formed the Constitutional Union Party, amongst them was the enthusiastic John Bell. The party’s platform however was very broad, and made no of the mention of slavery (at the time a major political issue). On May 10, Bell and was declared the Constitutional Union’s candidate.

While Bell had supporters throughout the Northern states and the Border States, most of his Northern allies had thrown their support behind Republican candidate Abraham Lincoln or Democratic candidate Stephen A. Douglas. Bell however managed to obtain a surprising near 13% of the total popular votes; 39% of Southern popular votes, and won 39 electoral votes. 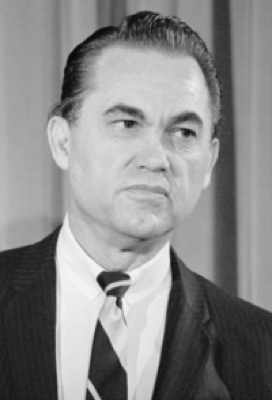 Wallace was the 45th governor of Alabama, having served four nonconsecutive terms. After four runs for U.S. president (three as a Democrat and one on the American Independent Party ticket), he earned the title “the most influential loser” in 20th-century U.S. politics, according to several biographers.

Wallace ran for President in the 1968 election as the American Independent Party candidate. Wallace’s pro-segregation policies had been rejected by the mainstream of the Democratic Party. The impact of the Wallace campaign was substantial, winning the electoral votes of several states in the Deep South. Although Wallace did not expect to win the election, his strategy was to prevent either major party candidate from winning a preliminary majority in the Electoral College, which would then give him bargaining power to determine the winner.

George Wallace obtained 9,901,118 popular votes for 13.5% in the race and 45 electoral votes. He was ultimately successful in preventing the other candidates from obtaining over 50% of the votes. 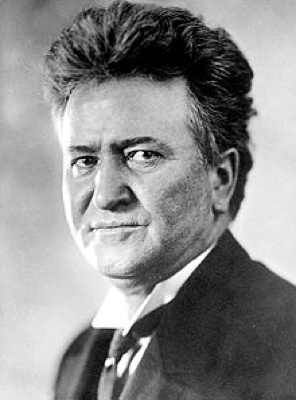 In 1924, the Federated Farmer-Labor Party (FF-LP), a left wing social justice party, sought to nominate Wisconsin’s District Attorney La Follette as its candidate. The FF-LP sought to unite all the many tiny progressive parties into a single national Labor Party.

However, after a bitter convention in 1923, the Communist-controlled Workers Party gained control of the national organization’s structure. Just prior to its 1924 convention in St. Paul, La Follette denounced the Communists and refused to be considered for the FF-LP endorsement.

Instead, La Follette formed an independent Progressive Party and accepted its nomination in Cleveland. The American Federation of Labor, the Socialist Party of America, the Conference for Progressive Political Action and most of the former supporters of the FF-LP along with various former “Bull Moose” Progressives and midwestern Progressive movement activists then joined La Follette and supported the Progressive Party.

He came in third behind incumbent President Calvin Coolidge and Democratic candidate John W. Davis. La Follette won 17% of the popular vote, carried Wisconsin (winning its 13 electoral votes) and polled second in 11 Western states. His base consisted of German Americans, railroad workers, the AFL labor unions, the Non-Partisan League, the Socialist Party, Western farmers, and many of the Progressives who had supported Roosevelt in 1912. He is as of today the third party candidate that has most successfully united many minority political parties and coalitions into a single voting alliance. 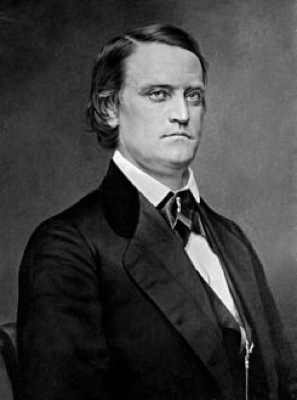 In 1890 the Democratic Party witnessed a new faction split, the Southern Democrats, These were members of the U.S. Democratic Party who resided in the American South, and were dissatisfied with the Democrat’s lack of leadership prior to the civil war. This newly formed party was the definitive pro-slavery wing of the democrat ideology, opposed to both the anti-slavery Republicans (GOP) and the more liberal Northern Democrats. John C. Breckenridge, a young U.S. Senator from Kentucky and the14th Vice President of the United States , was the southern democratic party’s candidate. He is perhaps the most important spoiler in US history, after carrying 11 states and 72 electoral votes; he tipped the balance in favor of Abraham Lincoln, which forever changed the course of American Politics. 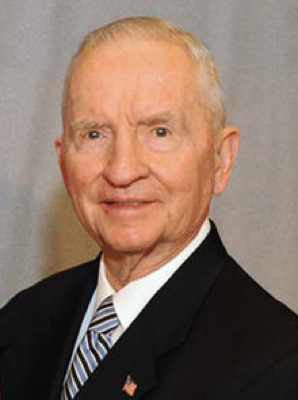 Perot, at the time a very successful Texan entrepreneur, appeared on February 20, 1992 on CNN’s Larry King Live and announced his intention to run as an independent candidate in the 1992 election if his supporters could get his name on the ballot in all fifty states. With such declared policies as balancing the federal budget, a firm pro-choice stance on abortion, expansion of the war on drugs and ending outsourcing of jobs, he became a potential candidate and soon polled roughly even with the two major party candidates.

Perot’s candidacy received increasing media by polling as high as 39% by June 1992.

Perot severely damaged his credibility by dropping out of the presidential contest in July and remaining out of the race for several weeks before re-entering. He compounded this damage by eventually claiming, without evidence, that his withdrawal was due to Republican operatives attempting to disrupt his daughter’s wedding. 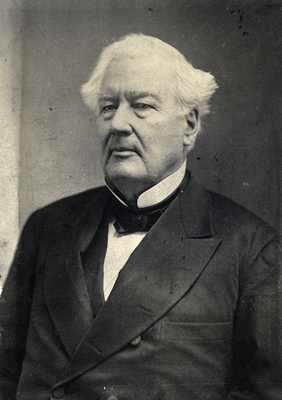 He ran in the election of 1856 as the Know-Nothing party’s presidential candidate. This Party was known for its radical xenophobic and anti-catholic views that often translated into violent bouts targeting minorities. Millard Fillmore attempted through this Party to win a nonconsecutive second term as President (a feat accomplished only once in American politics, by Grover Cleveland). His running mate was Andrew Jackson Donelson, nephew of former president Andrew Jackson. Fillmore and Donelson finished third in the general election, carrying only the state of Maryland and its eight electoral votes; but he won 22% of the popular vote, one of the best showings ever by a Presidential third-party candidate. And a testimony to this decade’s intolerant nature. 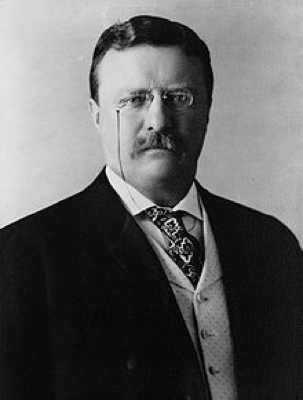 Roosevelt left office in 1909. He had selected William Taft, his Secretary of War to succeed him as President, and Taft easily won the 1908 presidential election. Roosevelt became disappointed by Taft’s increasingly conservative policies. Taft alienated Roosevelt when he used the Sherman Anti-Trust Act to break up U.S. Steel. By 1912, the two were openly hostile, and Roosevelt decided to seek the presidency.

Roosevelt far outpolled Taft in the primaries. But Taft controlled the party organization and the convention, which renominated him in June. Before the final vote, Roosevelt had said he would accept nomination from a new “honestly elected” convention and so the Progressive Party (better known as the Bull-Moose party) was born.

Roosevelt ran a vigorous campaign, but the campaign was short of money, as the business interests which had supported Roosevelt in 1904 either backed the other candidates or stayed neutral. Roosevelt was also handicapped by the fact that he had already served nearly two full terms as President, and thus was challenging the unwritten “no third term” rule.

In the end Roosevelt fell far short of winning. He drew 4.1 million votes—27%, well behind Wilson’s 42% but ahead of Taft’s 23%. This marked the first time a third party candidate did better than a 3rd place in a general election.