Eunuchs are men that have been castrated, had their sexual organs removed. The practice of castration has occurred in many societies and throughout human history. From the earliest days of Sumeria to the modern day (the last Chinese Imperial Eunuch died in 1996), eunuchs have been made to fill various roles. It is not surprising then that given how widespread this practice is that more than a few have earned a place in history. 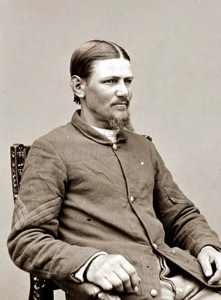 Most of the men on this list were, understandably, castrated against their will. Thomas ‘Boston’ Corbett is an exception. Having lost his wife in childbirth the widowed Corbett found himself tempted by prostitutes. To avoid committing sin he took a pair of scissors and removed his testicles. Showing a level of fortitude and stoicism he then went to a prayer meeting and had dinner before seeking a doctor to treat his wounds.

Corbett’s fame rests not on his self-castration however but on his pursuit and killing of John Wilkes Booth, the assassin of President Lincoln. When Booth was surrounded while hiding in a barn by soldiers Corbett found he could see Booth through a hole in the wall. He shot and killed Booth, against orders that he be taken alive. After this Corbett returned to his former profession of hat making. Some have suggested that, as with so many hatters, the mercury used in his job led to the bouts of madness which he suffered. 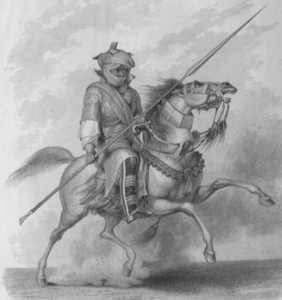 Judar was born in Spain in the 16th century. As a baby he was taken by Muslim slavers. Castrated, as was fashionable for servants at the time, he was sold into the service of the Moroccan Sultan. There was a long history of Christian children being able to serve Muslim rulers; the Janissaries of the Ottoman empire are a well known example. Judar rose to the rank of Pasha in the sultan’s service and was put in command of an army. He led the Moroccan invasion of the Songhai empire in sub-Saharan Africa. At the time the Songhai was the largest empire in Africa. This he achieved with relative ease and captured the capital of the empire, though the arduous journey across the desert had taken its toll on his own troops. The Songhai Emperor offered a tribute to the Moroccans in an attempt to get them to return home and give him back his empire. Judar was inclined to accept, but the Sultan refused. Judar was replaced as commander and later executed in a power struggle with a new sultan. 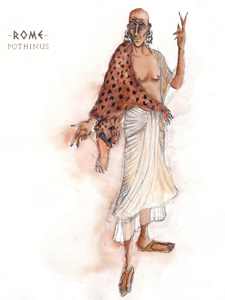 Pothinus was the most powerful person in Egypt of the 1st century BC. He has been cast as a villain by the Roman sources that mention him, but there was a cultural bias against eunuch in the Roman world. It is Pothinus who is blamed for turning the Pharaoh Ptolemy XIII against his sister and, later, wife Cleopatra. When Pompey the Great was defeated by Caesar he fled to Egypt. On arrival he was beheaded, many believing this to be on Pothinus’ command. When Caesar himself arrived in Egypt Pothinus openly mocked him. This suggests that although Pothinus was a eunuch he was not entirely without balls. Caesar was known to tolerate mockery, having forgiven the poet Catullus for some scurrilous verses, but when Pothinus was implicated in a plot to have Caesar murdered Caesar acted first. Pothinus was executed and Cleopatra set on the throne. 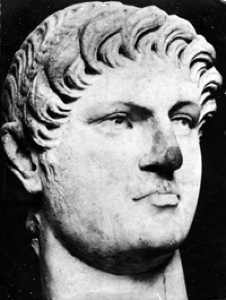 The Emperor Nero had a wife called Sabina. While pregnant with his child Nero kicked her in the stomach until she died. Later repenting of his murderous outburst Nero did the only thing he could to bring his wife back. He found a pretty boy called Sporus who he thought resembled his dead wife and had him castrated. Sporus was then married to Nero, whom he now called Sabina, in a lavish ceremony in Greece and dressed in the style of an empress. When Nero was murdered Sporus was wooed by the commander of the guards regiment. When the commander was murdered he started a relationship with Otho, who was emperor for three months. When Otho was murdered Sporus had less luck with the Emperor Vitellius. Vitellius wanted to parade the notorious Sporus before the plebs for their amusement. Unwilling to take part in this entertainment Sporus committed suicide. Some historians believe he was still under twenty years old when he died. 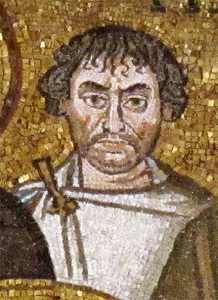 Narses was a eunuch who served at the court of Justinian the Great, Byzantine Emperor. Nothing is known of Narses’ youth, how he came to be castrated, nor how he rose to the high position of Chamberlain. When the Nika riots, the most destructive sports riot in history, broke out Narses was the person sent to bribe the crowds into submission. This help he gave to Justinian led to Narses’ advancement to power in the army. Justinian’s dream was to re-conquer Italy and especially Rome. When his general Belisarius lost his trust the mission was turned over to Narses. Despite having never commanded in a battle Narses won several stunning victories and completed the conquest. He was over seventy when he started his career as a general. He outlived Justinian but fell from favor with his successor and was recalled to the east. 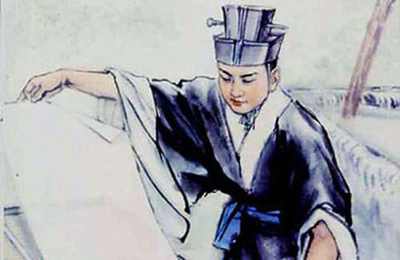 The Chinese imperial system was generally run by large numbers of eunuchs. The emperors favored eunuchs for several reasons. With no hope of starting their own dynasty a eunuch could be trusted not to try to supplant the emperor. Eunuchs were taken from their own families while young and so owed loyalty only to their master. Cai Lun was one of the grand eunuchs under Emperor He (79-106AD). The Chinese bureaucracy of the time required vast amounts of paperwork. Unfortunately paper was not widely used at the time, so the paperwork was done on pieces of expensive silk or slivers of bamboo. Cai Lun saw the advantages of paper and created a system for a widespread production of it. His name was so associated with paper that he is often credited with inventing paper, though he merely popularized it. He found fame and fortune for his championing of paper. Unfortunately when the emperor died his successor wanted to be free from the old, powerful eunuchs. Cai Lun committed suicide before he could be imprisoned.

The castrati were prized singers who maintained a high pitched voice into adulthood through the somewhat extreme practice of castration. Since women were not permitted to sing in certain settings, the Vatican for example, to achieve higher notes castrati were needed. Many boys were castrated by parents hoping their sons would become famous singers, only to find that their voices were not good enough. The practice died out as women became more able to appear in public. The last of the castrati was Alessandro Moreschi. He had his voice recorded, the only recording of a castrato we possess, and so we can hear the music of the castrati today. I leave it to you to decide whether the trade of his testicles for a higher vocal range was a good deal. 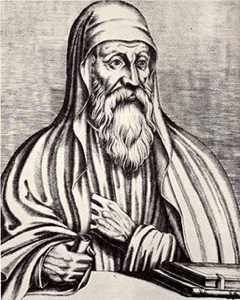 Origen (184-253AD) was one of the early church fathers. After his father was martyred for his Christian beliefs the young Origen travelled to receive further learning in philosophy and theology. He seems to have taken Matthew 19:12 very seriously indeed.

Taking this as a literal command he castrated himself. This story of Origen’s self-castration has been told since antiquity but some modern historian’s doubt its truth. 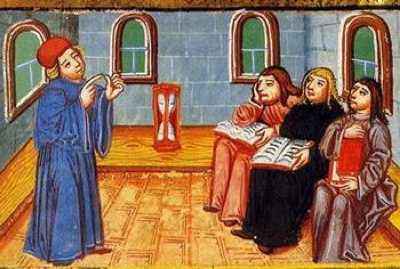 Of all the eunuchs on this list Peter Abelard (1079-1142) is the only one renowned for being one of the great lovers of history. His relationship with Heloise was one of the most famous of the middle ages. Abelard was a famous logician and teacher. When Heloise needed a teacher her uncle sent for Abelard. Being of an amorous disposition he began an affair with his young pupil. She gave birth to a son and the two married. Heloise’s uncle was not pleased by this turn of events. With several friends he broke into Abelard’s chamber and castrated him. Heloise was sent to a nunnery and Abelard to a monastery. The two wrote letters to each other for the rest of their lives. It is these love letters which are read far more often than Abelard’s philosophy today. The two were reunited after death in a tomb in Pere Lachaise cemetery in Paris. 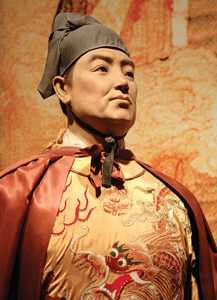 Zheng He, another of the Chinese Imperial eunuchs, has become famous in the west thanks to the popularity of the book 1421 by Gavin Menzies. This book explains, alongside less accepted theories, how Zheng He led several great fleets of exploration around Asia and Africa. The ships of Zheng He’s fleet were the largest in the world at the time, and the largest wooden ships ever constructed. His mission was to spread Chinese influence and bring home tribute from the lands he visited. In seven voyages he visited hundreds of kingdoms. A change of emperor put an end to these expeditions when the new emperor decided to end all communication with the world outside China. Zheng He did not live to see this change of policy however, as he died on the return from the final voyage.