Humans have always wondered about the future. Whether by means of astrology or by palm readings – or through plain imagination – millions of us wish to grab some glimpse of the path ahead. The following ten entries are based on legitimate global studies and scientific prediction – many are already in the planning stage – rather than on mere superstition. From the exciting to the terrifying, we certainly have an interesting road ahead of us, although it’s by no means a road free from peril or chaos – as you shall see. 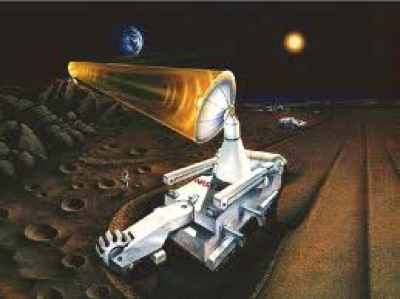 From 2020, the Russian Federal Space Agency plans to have Helium-3 mining operations active on the moon. Extraordinarily rare on earth, the isotope Helium-3 will be extracted and shuttled from the moon at an estimated cost of $4 billion per tonne. Russia hopes to use the chemical in nuclear fusion reactors to create clean and safe energy for the world.

Although moon mining is a legitimate possibility, the main obstacle at present is finding a way to build an efficient nuclear fusion reactor. Billions of dollars are currently being spent yearly on research and development in this area. By the mid to late 2020s, the EU hopes to establish the first energy-efficient nuclear fusion plant. Soon, our lunar plans may become a reality – it’s only a matter of time. 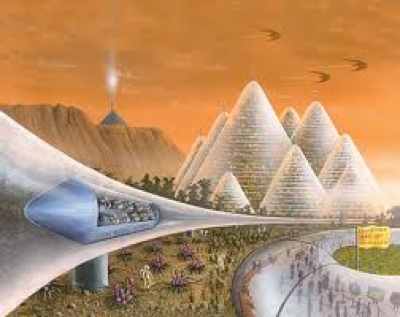 In 2023, the private Dutch space firm Mars One hopes to land four humans on the red planet. These martian pioneers will form the first permanent extraterrestrial settlement in human history. Billed as the next big leap for mankind, four additional astronauts will be sent to the solar powered station every year from 2025 onwards, and will be unable to ever return.

Never again would these volunteers see the sun set on earth – home, for them, would remain a distant sparkle in the night sky. Mars One hopes to broadcast the whole event – including the astronaut selection process and the spaceflight – as a reality TV show, in order to raise the necessary funds. It would cost an estimated$1.5 billion per person to land and settle on Mars, and the estimated flight time would be at least one year. 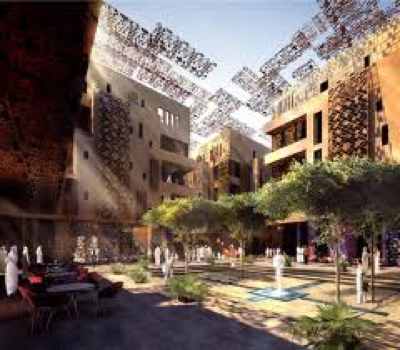 Masdar, the immaculate city of the future, is expected to be completed by 2025. It is currently under construction by Abu Dhabi Future Energy Company. The city will be completely carbon neutral, thanks to a large array of sustainable energy generators, and its developers also hope to recycle 100% of waste and water. 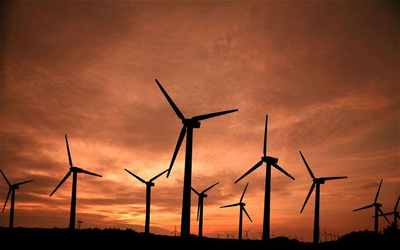 Forgive the relatively boring first entry – its impact on your wallet certainly won’t be lacking in excitement. 2016 will mark an important shift in how the world’s energy needs are met.

Through a combination of rising oil prices and a plummeting set-up costs for wind farms, oil is projected to finally become more expensive than wind energy in four years time. This should mark the beginning of falling electricity prices worldwide, but slow adoption thus far means that we are unlikely to see this reflected on utility bills until the early 2020s. 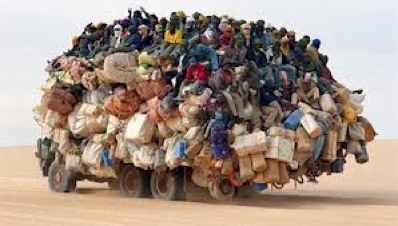 Due to an ever-increasing world population, the UN predicts that by 2030 there will be major world shortages of almost all vital resources, potentially plunging up to 3 billion people in developed nations into poverty. Besides the expected massive shortages of food, energy and water – which climate change will doubtlessly exacerbate – essential natural resources such as oil, helium and medical isotopes will also be in dangerously short supply.

If these shortages are combined with famines or droughts – as is likely – then the potential for widespread impoverishment and death will be even higher. Unfortunately, it seems that this near-inevitable problem will be ignored by governments until it is too late. Perhaps those martian pioneers were rather lucky after all… 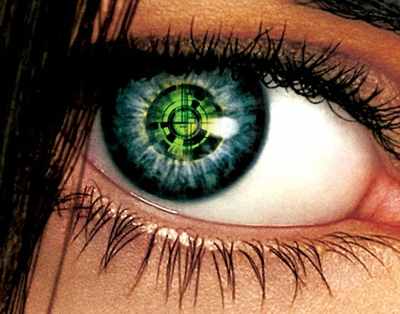 We already posses the technology to provide basic sight to blind individuals – a feat unimaginable to the generations of humans preceding our own. Even though it is therefore expected that all those with visual impairments may be granted true natural vision by the 2020s, we can additionally expect to see – and to see with – artificial eyes, by around 2035. These ultra-enhanced bionic eyes would allow us to ‘see’ infrared and ultraviolet light.

They may even provide us with something like the acute vision of a hawk. Such an incredible innovation could well be the first meaningful step taken by humans towards an ideal synthesis of man and machine, creating powerful transhumanoids whose potential for further achievements would far exceed our own. Artificial organ replacements would thus no longer merely heal our deficiencies, but also enhance our possibilities. 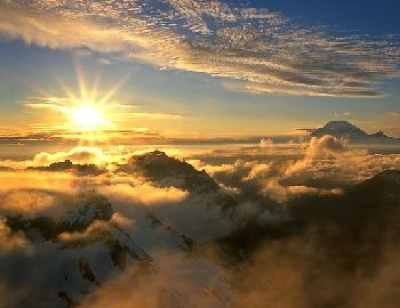 Most humans, every now and then, entertain pipe dreams of immortality, but until recently, eternal life has remained most definitely beyond our grasp. Thanks to medical science, we understand better then ever what causes an individual to age – and history has taught us that perfect understanding brings us one yearning step away from the cure.

British gerontologist Dr Aubrey de Grey predicts that by 2036, there is a 50% chance of completely halting the aging process. Medical research typically targets the length of telomeres, which are regions at the end of of DNA strings which are slightly shortened every time the cell divides. This shortening of telomeres appears to drive aging, and if we can stop this, and allow cells to replicate perpetually, then we could theoretically halt the process – and thus become immortal.

In doing so, however, we may ironically have to dine with death: by tampering with our cells’ replication, we may in fact inadvertently make them cancerous – leading to our untimely demise. The Greeks believed that hubris, or human arrogance, would always be punished by the gods – and perhaps in hoping for future immortality, we would be pushing our luck too far. Regardless, TIME magazine predicts immortality to be widespread by 2045 – just in time for many of us. 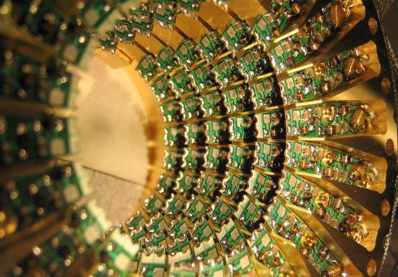 Considering that it took just twenty years for our homes to be filled with basic computers from the date of development, it is not unreasonable to expect the first personal quantum computers to be shipping around 2037. Even the most basic quantum computers would be powerful enough to herald a new age of home entertainment – where virtual reality is as commonplace as video games.

Supercomputers, by this time, should be able to fully predict and simulate – within microseconds – the effects of medicine upon humans, thereby revolutionizing the healthcare industry. It is expected that quantum computing – after bionic eyes – will constitute the next small step for technology, and the next giant leap for mankind. 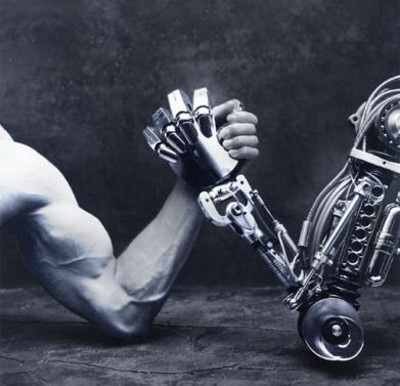 Ray Kurzweil predicts that humans will reach a technological singularity in 2045. Singularity is the point when the intelligence of computers shall transcend that of humans, and begin to engage in a perpetual cycle of self-improvement – independently of human interference.

Philosophical and scientific circles violently debate the plausibility of such a hypothesis, and some even doubt that machines can really be ‘intelligent’. But were it to become a reality, the implications for the human species would be truly terrifying. For what reason, we might ask, would super-intelligent and immortal silicon beings wish to aid the humans who created them?

Why would they desire to keep us alive? Would we not be seen as an inefficient burden to their continued development? Scenarios such as this are particularly important to those interested in extraterrestrial life: if we reach the technological singularity, as many indeed expect, then we can expect hordes of super-intelligent androids to spread across the galaxy. The martian astronauts mightn’t have been so lucky as we thought. 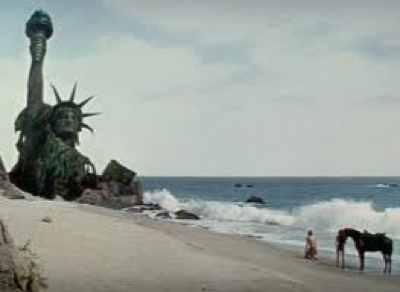 Despite the many fascinating innovations with which the future tantalizes us, it seems that the 2050s will be a terrifying time for anyone who happens to be alive. Almost all studies into the future of the human race have set their doomsday dates for sometime during this decade. Indeed, our immortality may well be short-lived.

For by this date, the human population is expected to have surpassed 9 billion, and the UN predicts that not only will we have to deal with extreme food, water and energy shortages – all exacerbated by climate change – but that we will also have to combat a systematic collapse of global marine life, as a result of overfishing and pollution. This in itself would accelerate climate change, and it would set in motion the collapse of many non-marine ecosystems.

The World Wildlife Fund projects mass fauna and flora extinctions during this time, and futurist Simon Hopkins believes that such chaos will drive economic collapse. What then? Well… as the species grows desperate, we will likely engage in a global war on a technological scale never seen before. It is certainly a rather bleak view of the future, but it isn’t a future whose disasters we can’t prevent. Humans have a way of adapting to difficulties, and some of us will no doubt live on, surviving – like the rats after the asteroid impact – what could be the darkest period of human history.

Afterwards, we may not even resemble our former selves. We will perhaps have become one with machines, and we will perhaps be immortal – but whatever the case, it is certain that we will persevere, as we have always managed to do in times of utter strife.