When Caligula, a notably eccentric Roman Emperor, was chastised by his grandmother, he fixed her a stern look. “Remember,” he said, “I have the right to do anything to anyone.” Does having absolute power make dictators eccentric, or is it simply that we are all eccentric but lack the power to behave as we would like? Whatever the answer, there have been a sufficient number of eccentric rulers to provide material for a dozen lists. Here are ten of the strangest eccentricities of the (not so) great rulers in history.

10
Frederick William I and the Potsdam Giants 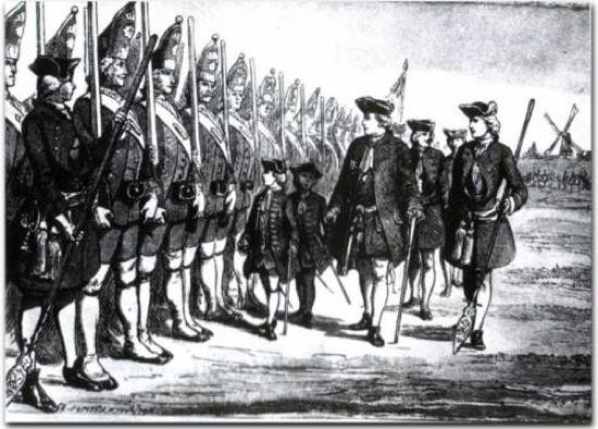 Frederick William I, King of Prussia in the 18th century, has gone down in history as the ‘Soldier King’ for his obsession with all things military. Of particular note to those interested in eccentricity is the King’s fondness for tall soldiers. The King’s pride and joy was a regiment of taller-than-average soldiers, which came to be known as the “Potsdam Giants”. All members of the regiment had to be over 6’ 2” in height – and the taller they were, the better. In order to recruit tall people for the regiment, the king would offer bonuses; and if that failed, he would simply kidnap them. Tall men were sent from all over Europe as diplomatic gifts to Frederick William, and visiting dignitaries would be treated to a march by the regiment. The king once commented that although he was utterly indifferent to beautiful women, a tall soldier was his only weakness. 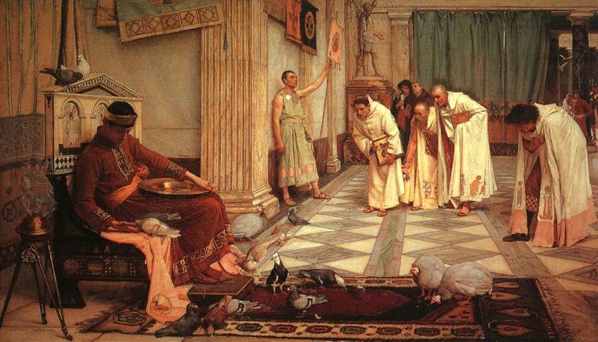 By the 5th century AD, the Roman Empire was split in two. The Western empire was by this time much weakened, and unable to defend itself from the Visigoths. It was a perilous time for the empire – but in 495, a ten year old boy named Honorius became Emperor in the west. The Visigoths invaded Italy and began a siege of the ancient capital, Rome. The emperors had long abandoned the city, but it was still the symbolic centre of the empire. You might expect the emperor of a besieged nation to be obsessed with its defense – but the historian Procopius recorded the (possibly apocryphal) tale of Honorius’ real obsession:

“At that time they say that the Emperor Honorius in Ravenna received the message from one of the eunuchs, evidently a keeper of the poultry, that Rome had perished. And he cried out and said, ‘And yet it has just eaten from my hands!’ For he had a very large cock, Rome by name; and the eunuch comprehending his words said that it was the city of Rome which had perished at the hands of Alaric, and the emperor with a sigh of relief answered quickly: ‘But I, my good fellow, thought that my fowl Rome had perished.’ So great, they say, was the folly with which this emperor was possessed.”

8
Joanna of Castile and Dead Husbands 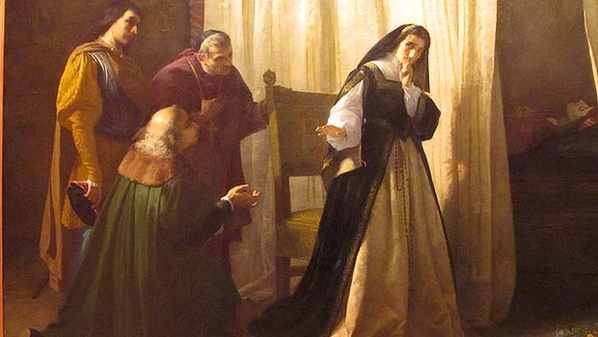 Joanna, daughter of Ferdinand of Aragon and Isabella of Castile, was the first sole monarch to rule over the united kingdoms of modern Spain. As a young lady she was fortunate enough to marry a man nicknamed Philip the Handsome, Duke of Burgundy. Unfortunately, even as a young woman Joanna was noted for a certain mental instability – and her marriage did not lessen this. She became obsessed that her husband was having an affair. She attacked one woman with scissors, in an attempt to cut off her beautiful hair. When Philip died, Joanna was so distraught that she had his embalmed body carried with her wherever she went, and would look at it often. Proclaimed mad by her father, she was placed in a darkened room in a nunnery to calm her down, and remained there for the rest of her life. She was allowed to keep her husband with her. This confinement continued after her son came of age and took over her rule. 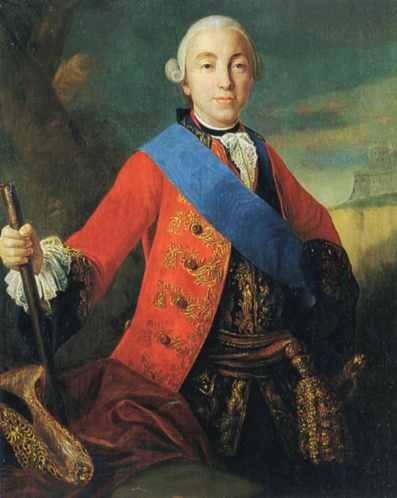 Tsar Peter III is best remembered today as the husband of Catherine the Great, who deposed her husband and ruled in place of her son. The stories of Peter’s obsession with toy soldiers come mostly from Catherine and so they may have been designed to discredit him, although there are other sources attesting to it. On their wedding night, the Tsar is said to have pulled a box of toy soldiers from under their bed, and forced his new wife to play with them until two in the morning. When a fort was set up for a mock battle, a rat happened to wander by and knock over several soldiers. The rat was hanged from the wall for a breach of military discipline. Catherine soon tired of her husband and forced his abdication and – many assume – eventually ordered his murder. 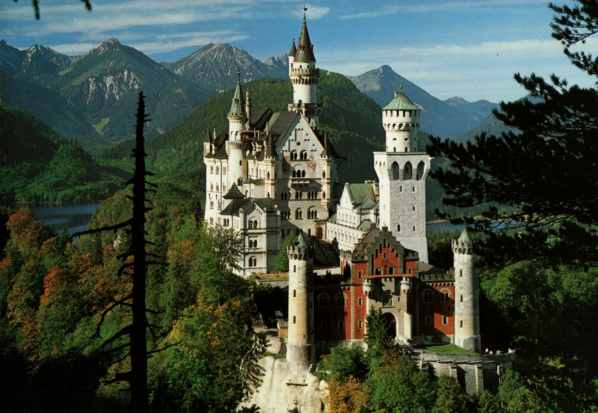 Ludwig II of Bavaria ruled in the 19th century, but seems to have dreamed of living in a romantic past which never really existed. Bavaria was one of the most rich and powerful of the German states , but Ludwig was to impoverish the monarchy with his eccentric obsession: he loved to build castles. The building projects he set in motion include the famous Neuschwanstein, the castle on which Disney’s Cinderella’s castle is based. Besides this, he also built palaces and decked out old homes in luxurious new styles. When he could no longer afford to pay for his constructions, he borrowed lavishly. Ludwig was deposed on the grounds of mental incompetency, and removed – to a castle – for treatment. He lamented, however, that he would not be allowed to stay in Neuschwanstein. Not long afterwards, he was found mysteriously drowned, along with his doctor.

5
Ibrahim I and Fat Women 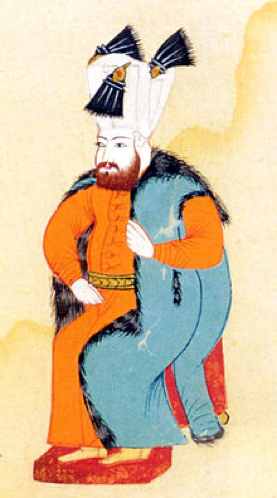 Ibrahim was, like all potential successors to the Ottoman throne, raised in seclusion at court in a building known as ‘The Cage.’ When an emperor was chosen, he would often have his brothers killed to avoid rivals usurping his throne. But the brother of Ibrahim left him alive, because he felt that Ibrahim was too mad to ever be a threat. After his brother’s death, Ibrahim was declared emperor – and released from his cage, he was able to express his eccentricities freely. It is said that he had a great liking for fat women; the fatter the better. One obese woman was found who so pleased him that he made her an imperial governor and gave her a pension. Apparently, the selection of this particular woman was due the resemblance of her private parts to those of a cow.

4
Bokassa and the Napoleon Complex 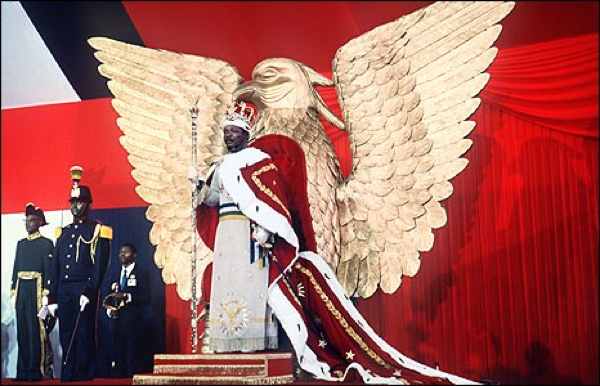 Jean-Bedel Bokassa ruled over the Central African Republic as President until 1976. It was in this year that he decided to convert the country into the Central African Empire, and declare himself to be Emperor Bokassa the First. His coronation was based on that of another soldier turned autocrat – Napoleon. The coronation cost a quarter of the country’s budget for the year, and was designed to proclaim the Emperor’s greatness to the world. Unfortunately for the self-esteem of Bokassa, no world leaders attended the coronation – perhaps deciding it was in poor taste in a country with such a high rate of poverty. The Empire collapsed, only two years after the coronation.

3
Nero and The Arts 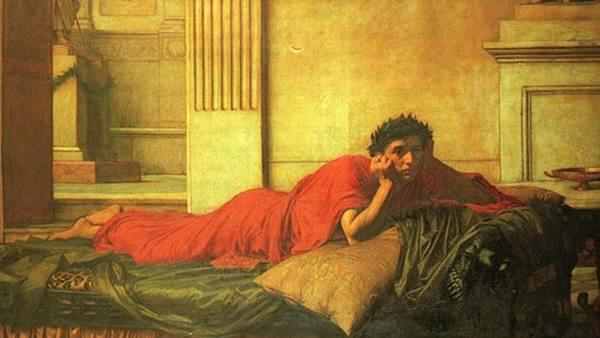 Nero became Emperor of Rome at the age of just 17. He was trained in all arts regarded as fitting for an aristocratic boy of the age. He could sing, play music, and recite poetry. But Nero was set apart by the fact that he was absolutely intent upon doing these things in public. Public displays in the arts were shameful for any person of breeding, in a world where actors and musicians were a mere hog’s breath above slaves and prostitutes in the social order.

Nero held games throughout Greece and Italy, in order to display his talents to the people. Invariably, the Emperor won all the prizes. His shows reportedly lasted so long that people had do devise extreme means of escaping them: old men would pretend to die and women would fake going into labour. When Nero was overthrown and preparing to die, one of his final utterances was, “What an artist dies in me.” 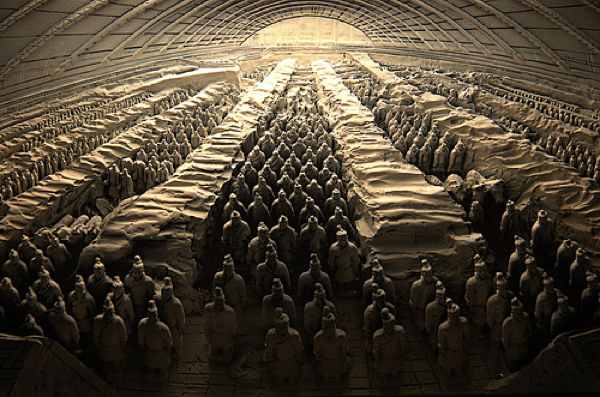 Qin Shi Huang became the first Emperor of a unified China in the 3rd century BC. Today, he is best remembered for his magnificent tomb – the one with an army of terra-cotta soldiers guarding it. If he had had his way, however, Qin Shi Huang would never have been buried at all. The emperor was obsessed with achieving literal immortality. He consulted doctors, and was prescribed sex as a way of maintaining youthful vitality. When this failed to prevent old age, he tried pills containing mercury. We now know that Mercury is unlikely to help with immortality – or sanity.

Expeditions were sent to find the mythical Islands of the Immortals, to retrieve their legendary potions. Eventually, the emperor did die – but we have yet to see his grave, as the central part of his vast tomb remains unexcavated. Supposedly, he is surrounded by rivers of his precious mercury. 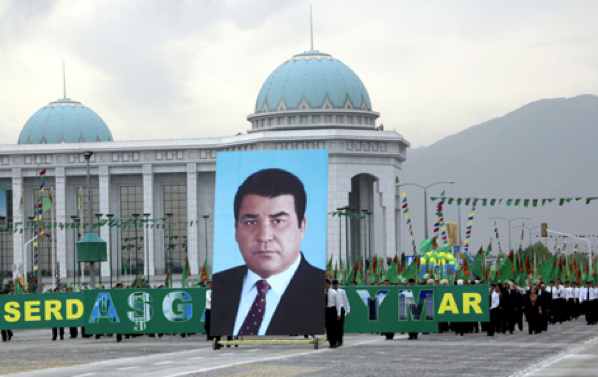 Niyazov became president of Turkmenistan after the fall of the USSR. While eccentricities can be entertaining in private people, the problem with eccentric dictators is that they can impose their whims on the rest of us. Niyazov had many such whims – but his obsession with renaming things was perhaps the most pervasive. The months of the year were renamed to reflect his own glory, and that of past Turkmen heroes. The days of the week, from Sunday to Saturday, were respectively renamed: Rest-day, Main-Day, Young-Day, Favourable-Day, Justice-Day, Anna-Day, and Spirit-Day. Bread he simply renamed Mother. Soon after Niyazov’s death, his reforms were – perhaps unsurprisingly – undone.