Modern Radio Control systems offer nearly unlimited range, zero interference, and first person vision piloting cameras, which allows you to control machines miles away, out of sight, with a remote control. All for less than $500.

With the limitless nature of remote control technology, it is amazing that smugglers, law enforcement, the military, and even pranksters are not exploiting this potential superpower to a greater degree.

Below are some shocking and incredible potential uses for Radio Control – for the good, and for the not-so-good. It’s amazing we don’t see more of this! For $400, a silent electric aircraft model can be purchased, with six foot wingspan and a flying range of up to 3 miles. These are capable of reaching the clouds in less than 60 seconds, and can carry payloads of up to a half a pound. Flight times of up to 20 minutes per battery can be expected, and for another $200, first person video equipment allows the plane to be expertly flown far out of sight and landed in a small open space. With minimal effort, such machines could be sent back and forth across international borders to deliver sizable amounts of drugs in secret, making easy busts – as shown in Bad Boys II – much more challenging. 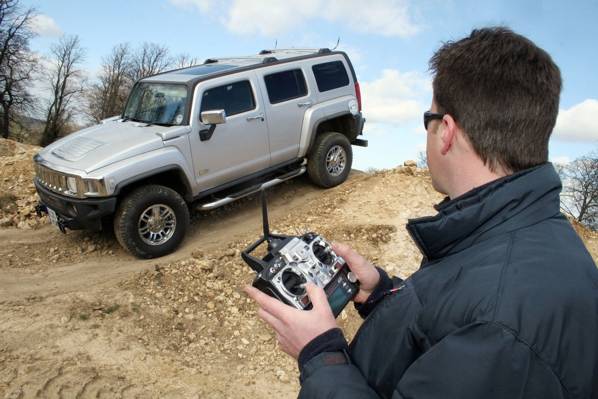 Tragic reports have frequently streamed in with news of U.S. or Coalition soldiers, or U.N. Peacekeepers, killed by roadside bombs. Typically, the bomb will be detonated when a car runs over it. Rather than risk human lives, an old beater car could be set up with a $200 servo, $50 receiver and 12 volt battery pack for remote control, as seen in MythBusters. One of the passengers in the convoy could drive this vehicle video game style, which would take out any bombs or landmines on the road – sparing all lives.

Forget $500-an-hour helicopter surveys for cannabis grow-ops (which may soon be legalized anyway). With a $200 dollar remote-controlled Electric Motor Glider, painted to blend in with the sky, an officer could fly the aircraft anywhere in a 2-3 mile radius, far out of sight, while inspecting the Earth below through inexpensive First Person View Technology.

The machine could stay up for over 2 hours, circling at heights of up to 5,000 feet, or down to 100 feet for quick passes. All this, while posing as a model plane. A zoom camera and mounted GPS relay could then quickly and inexpensively direct the officers to the local weed field.

7
SWAT Mini-Kamikaze
The best footage EVER of a RC jet crash ;)

With a reasonable ability to aim, $600 and a pound of explosives, SWAT team experts could direct a small radio-controlled electric jet fighter purchased from a model aviation store – capable of reaching 150 mph, and with a 2 mile range – directly into a hostile situation. The impact of such a machine could create a massive, but controlled explosion to create shock and disrupt a sensitive situation. This momentary mini-air strike would allow snipers to take advantage of the situation to secure the release of hostages. Such machines could circle for over 5 minutes before homing into their target. 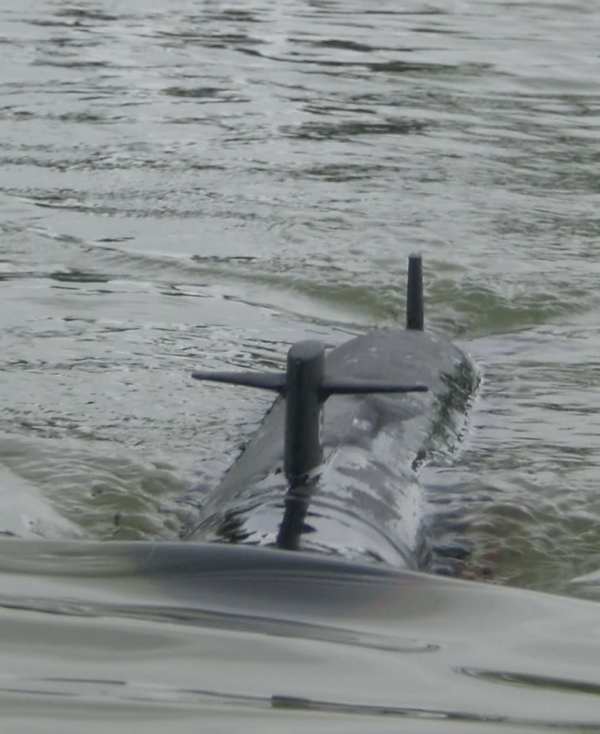 Forget remote-controlled boats: enter the RC Submarine, and with it, a whole new host of hoax super-potential. Over the past century, photographs and eyewitness accounts have perpetuated legends of marine monsters across the world. With a $300 submarine, the bare bones of a sea monster can be secured. By adding a waterproof, realistic plesiosaur or “Nessie” head, one can drive and maneuver a sea monster with a highly biological appearance into view before sinking it below the waves. Not only can monster sightings be claimed, but multiple witnesses and film documentation would create an airtight and watertight sea monster event. 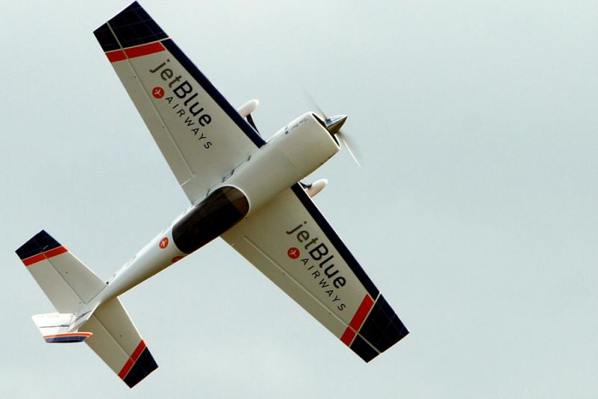 Instead of renting expensive life-sized aircraft for aerial scenes, or using anime aircraft for outrageous fly-bys in action flicks, expertly flown models costing less than $700 dollars could serve as incomparable “props”. The models can gather steady aerial images, scream underneath bridges, zoom down freeways and crash into trains for action scenes of which James Bond could only dream. Models can barrel roll through the most narrow of gorges, with footage stabilized by integrated gyroscope technology. All this made possible through incredible advancements in radio, electric power and go-pro camera technology. What would be the ultimate prank? How about sending a remotely equipped flying machine which could appear on a friend’s property, perform impossible maneuvers without a visible pilot, and drop an official looking government-style message before finally disappearing. That, I believe, would be hard to top.

For less than $300, a flying machine of this nature could be set up. Being controlled from over 1 mile away, onlookers would be completely baffled at its daring precision. 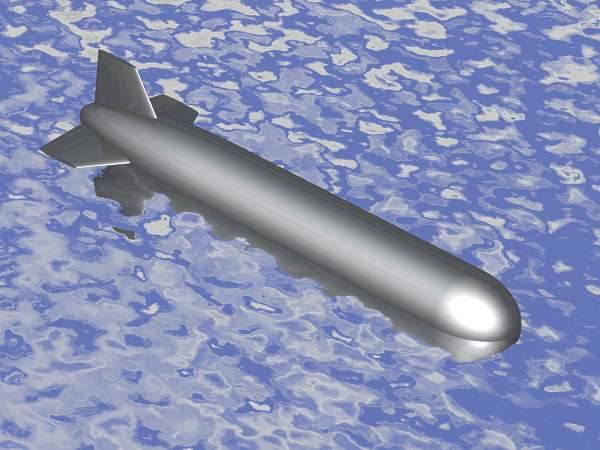 In dangerous situations involving boat-borne drug smugglers, there is the pressing challenge of how to intervene and stop the
vehicle without having to kill or be killed by the occupants. With a radio-controlled submarine carrying a remote camera or guidance flag, coupled with an auger device, small boats carrying armed fugitives could be deftly punctured and sunk – without the use of firearms. Basic hobby submarines can be purchased for around $400, and a custom police machine with a range of 2 or more miles, onboard cameras and penetrating charge warhead could likely be built for around $4-6 thousand (even less if mass produced).

Every Police Force Should Have One! RC electric land vehicles can be purchased and custom modified for around $300. They are capable of precise maneuvering, can travel over all kinds of obstacles, and can reach speeds of up to 40 miles per hour. Control distance may be up to 300 meters, and remote cameras can be mounted for a reasonable price. Rather than engaging in high-risk confrontations with potentially lethal suspects, police could send the scout vehicle ahead to investigate, and even order the suspect to surrender. For all the suspect knows, the device could house a bomb – so they may be likely to comply. 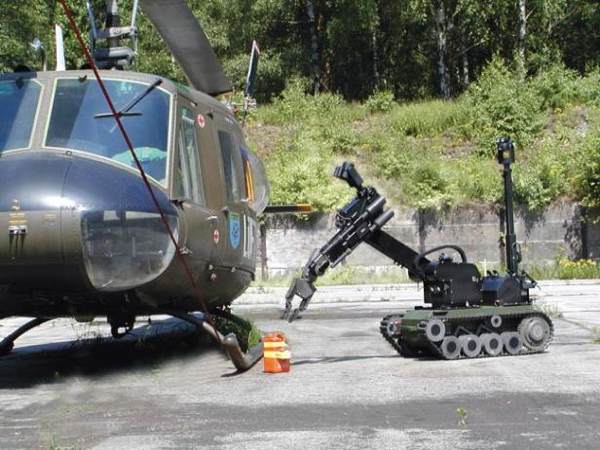 When a bomb is discovered by law enforcement, disarmament experts or even robots move in to try and defuse the active threat. This creates a very real risk to response crews. However, a radio controlled combination vehicle – featuring a $500-$1000 dollar high-performance electric RC Helicopter with grasper hook – could lift the bomb with a minimum of vibration. It could be operated from up to 3/4 of a mile away with a remote camera. The bomb could then be transported by the machine to a remote, pre-evacuated location such as a gravel pit, for safer disposal by remote blasting or robotic disarmament.