If you’re reading this, December 21, 2012 was not in fact the end of the world. Bummer. As Mayan-related book sales plummet and various religious leaders cough nervously and shuffle their feet, the rest of us are once again caught up in that exciting world of just plain not knowing anything about how we’re going to go.

But don’t throw away those MREs and shotgun shells just yet—apocalypse prediction is humanity’s oldest tradition, and as long as we can gaze up into the starry night sky and wonder what else is out there, someone else is bound to come along and say, “There IS something out there, and it’s going to KILL YOU.” For example: 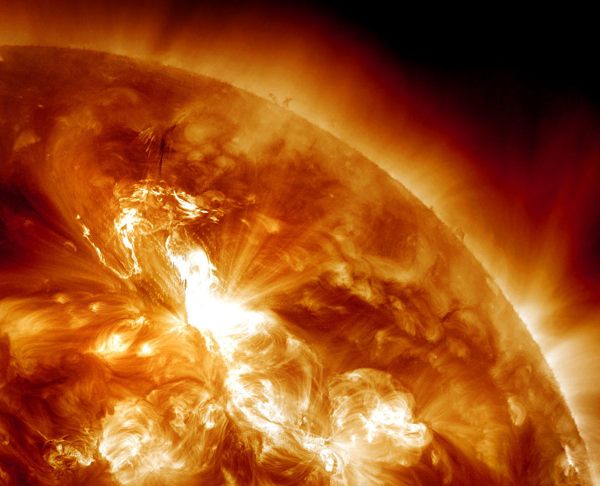 Most end of the world conspiracy theories begin with some crackpot in a basement browsing old religious texts on the internet – but this one comes directly from a higher authority. NASA is predicting that in the beginning of the year 2013, the sun’s growing magnetic energy will combine with the highest levels of sunspot activity in the past 11 years, causing a barrage of solar flares that will destroy all of our computers – satellites will be the hardest hit – and disrupt the earth’s magnetic field.

Interestingly enough, this scientific forecast coincides with another prediction by author David Flynn who, in 2008, said that Isaac Newton’s doomsday calculations were slightly off, and pointed to 2013 instead of 2060 as the beginning of the Messianic era. 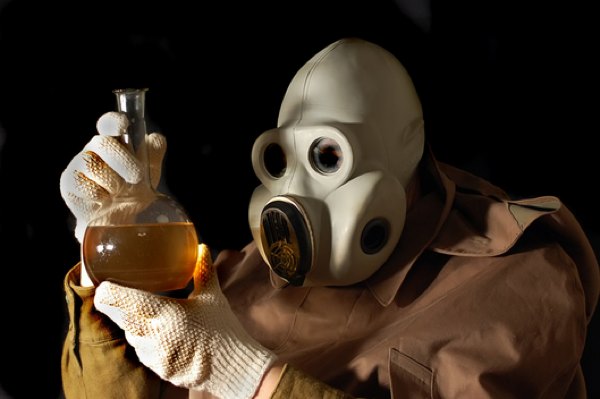 Verifiable sources for this prediction are few and far between, and it all seems to lead back to an article from Weekly World News which – with headlines like “End of World Confirmed” and “Hobbits Invade Miami” – might not be the most reliable source of news. However, the theory has gained enough popularity to enough to warrant inclusion on this list, so here goes:

In 1847 a party of settlers, the “Donner party,” became trapped by a sudden blizzard in the Sierra Nevadas, eventually perishing due to cold and starvation. Salt Lake City professor Lloyd Cunningham and a team of students had recently been excavating the site when they came across a time capsule, inside which was a prediction that in 2016, a biological weapon would spread out of control and destroy all human life. Origins aside, this is probably one of the most feasible apocalypse predictions, since the human body is incredibly susceptible to biological pathogens. But there’s still no reason to expect it in 2016 specifically. It could happen right now. 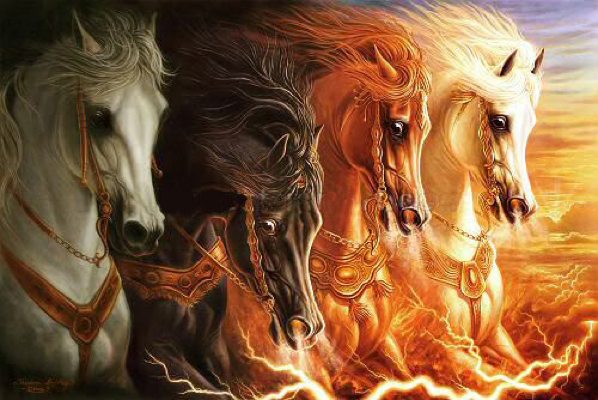 Hal Lindsey famously predicted that 1988 would be the year humans saw the final battle of Armageddon, which would herald the second coming of Christ and the end of pretty much everything. The date was based on the idea that Jesus would come back one biblical generation after the birth of Israel (founded as a modern state in 1948). According to him, a “biblical generation” was 40 years – the flaming sword of righteousness should therefore descend sometime in 1988.

Well, it didn’t happen – but according to F. Kenton Beshore, President of the World Bible Society, that’s because he had the wrong timespan for a generation in the Bible. See, the real length of a Biblical generation was around 70 years, which puts the second coming right around 2018. 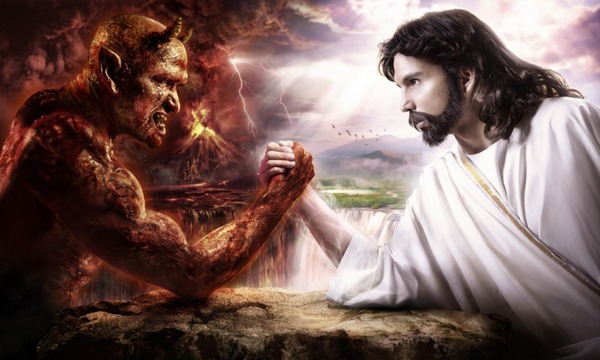 Few people are more renowned in the world of psychics than Jeane Dixon. Active mostly between the 50s and 70s, she is purported to have predicted the assassination of Martin Luther King, the assassination of John F. Kennedy, and the launching of Sputnik 1. Allegedly, Richard Nixon also consulted with her personally on the possible threat of terrorism in the country.

In 1973, Dixon wrote a book entitled The Call to Glory, which described Armageddon as likely to occur in 2020. During this time, the False Prophet, Satan, and the Antichrist (collectively known as the unholy trinity) would rise up and have an epic battle with the man himself, Jesus Christ, who would return sometime before 2037.

As plausible as that sounds, don’t freak out yet. Jeane Dixon is credited with having quite a few accurate predictions, but she also has so many wrong predictions that she had a psychological phenomenon named after her. The Jeane Dixon effect is the “tendency to promote a few correct predictions while ignoring a larger number of incorrect predictions.” It’s like being a weather reporter in the desert and constantly predicting rain; you might be wrong 360 days of the year, but you’re the only weather man who was right those other 5. 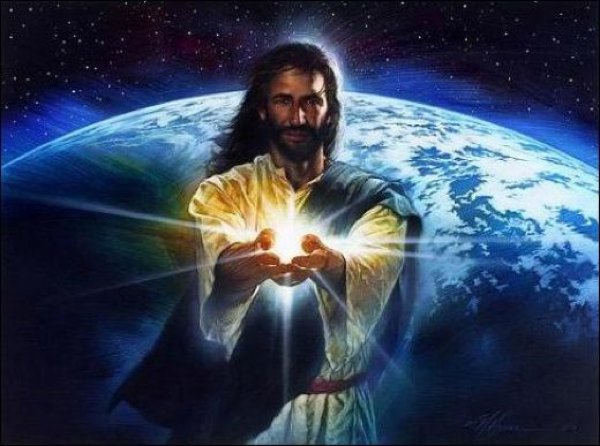 The majority of end-time predictions over the history of our race have come from religious believers who see the end of the world coinciding with the second coming of Christ (or the third coming, depending on who you ask). That should be a pretty clear indicator of something – but it’s not our place to point it out. Currently there are a few dozen fringe Jesus-based apocalypse predictions circulating, but the most interesting is probably that promoted by Mike Flipp.

For (exactly) two years leading up to 2005, a man named Mike Flipp saw signs that were all somehow related to the number 2. When he deciphered these signs, he found that they described the second coming of Christ in 2029. He has a website which he uses to give away his book for free. 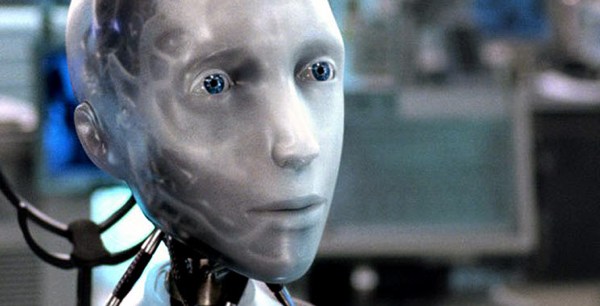 Let’s take a break from pseudo-religion and look at a pseudo-scientific prediction of the end of the world, and one that’s infinitely more suited for a movie adaptation: The Robopocalypse. We’ve previously talked about robots taking over the world, but this prediction comes from a 2000 Wired article by Bill Joy, who co-founded Sun Microsystems.

In his article, he describes the ways in which technology is evolving so fast that it will eventually overtake human evolution and bring about the extinction of our society. Specifically, he believed that in about 30 years robotics would reach an intelligence level that would be sufficient to allow it to operate without us, rendering humans obsolete. From the article:

“But now, with the prospect of human-level computing power in about 30 years, a new idea suggests itself: that I may be working to create tools which will enable the construction of the technology that may replace our species. How do I feel about this? Very uncomfortable.” 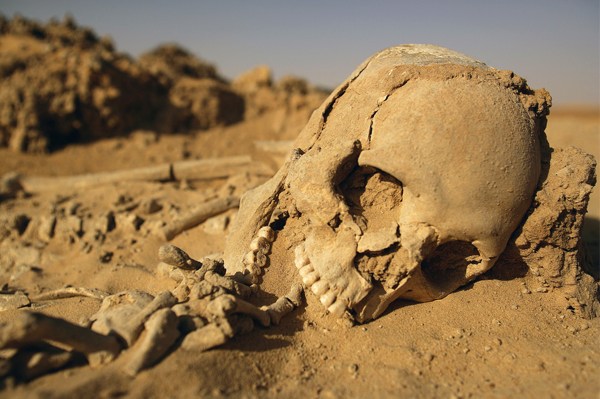 The Talmud is the second most important religious text in Judaism, second only to the Torah, and according to some experts it places the date of the apocalypse at 2240.

The math goes like this: The Hebrew calendar states that the universe was created 3,760 years before the birth of Christ, meaning that 2240 is actually the year 6,000. According to the Talmud, Christ is on a deadline and has to reappear 6,000 years after the creation of the world (1,000 years for every day of creation). The next 1,000 years – the 7th day – represents the Messianic Age. So in 2240 the earth will undergo a period of “massive upheaval and turmoil” as the changes take place. 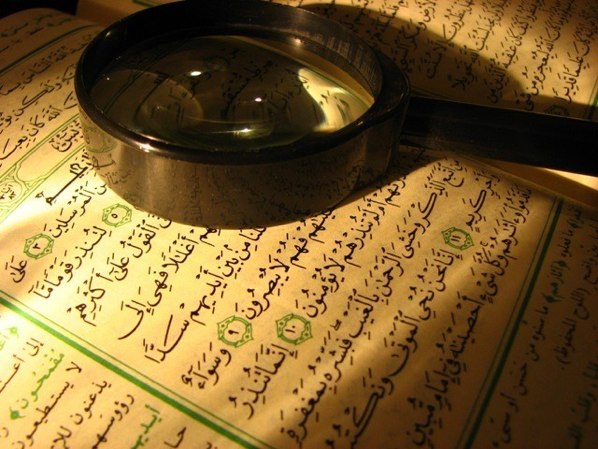 Numerology is one of the most commonly used techniques when it comes to predicting future events. It’s the belief that numbers often correlate to specific divine events, and that the repetition or extrapolation of those numbers can be used to figure out what’s going to happen in the future. One of the most popular examples of numerology is the Quran Code, which purports that there’s a hidden code in the Quran based on the number 19.

This theory, which is now a full-blown religious sect, was started in 1968 by Rashad Khalifa, who believed that he was a direct messenger of God and had conversations with the Archangel Gabriel. After feeding the Quran’s text into a computer, he realized that all of the names for God appeared in multiples of 19 times throughout the book. For example, the word “Allah,” which means God, appears in the Quran 2698 times, which is 19×142. Through this system, he was able to translate the entire hidden “code,” and came to the conclusions that the end of the world will be in 2280 AD (19×120). Sounds legit to us.

2
The Earth is Swallowed by the Sun
7.6 Billion Years 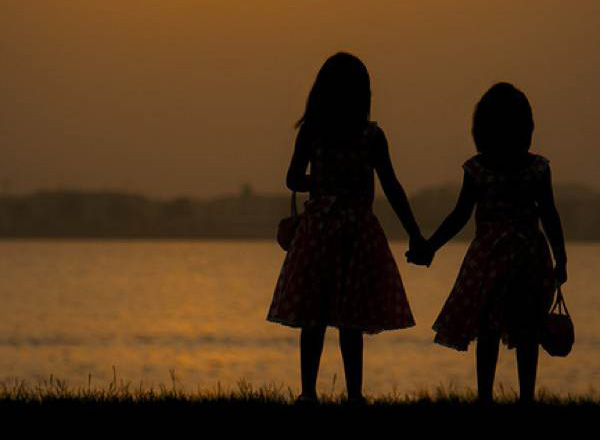 Mystical numbers, robot overlords, the return of divine bearded men – depending on who you talk to, it’s all a bunch of hogwash. But if there’s one thing we do know, it’s that our sun is constantly getting bigger, and in about 7.6 billion years it will reach red giant status. What actually happens to us at that point is still a matter of speculation. Some people say that although the sun will expand until it’s larger than earth’s current orbit, it will simultaneously lose mass, reducing its gravitational pull and allowing our planet to just keep drifting further away.

Other people, however – such as astronomer Klaus-Peter Schroder – contend that reduced mass on the sun will lead to what he calls tidal bulges on the solar surface, which will have the effect of actually pulling the earth closer. Either way, it’s a scientific probability that the sun will eventually obliterate the earth – even if none of us are still around to see it. 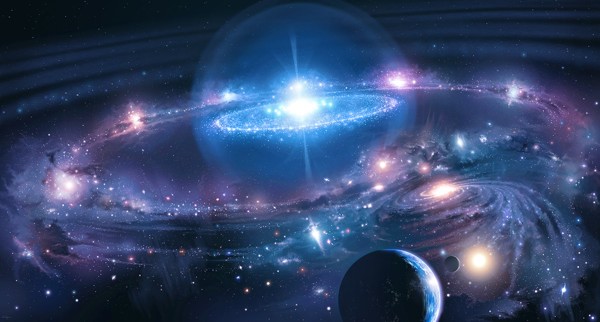 Here’s the big one: the ultimate destruction of the universe, slated to happen sometime in about 10 to the power of 100 years (that’s 1 followed by 100 zeroes). According to the second law of thermodynamics, a system is constantly moving towards thermodynamic equilibrium – ice in a glass of water, for instance, melts to become closer to the surrounding temperature of the room.

The Heat Death of the Universe theory states that eventually the universe will reach a state of equilibrium, and this lack of thermodynamic free energy will put a stop to all the processes of the universe. Life will simply cease to exist. But in the meantime, at least – don’t let your guard down.