Imagine a chain of four tiny islands just off the Eastern coast of Africa. Close to Madagascar, these islands are home to a multitude of unique animals, volcanoes, and sparkling blue waters.

Also, the politics are insane, the volcanoes might blow at any moment, and nobody can remain in charge for long without fighting off a coup. Come with us, to Comoros! 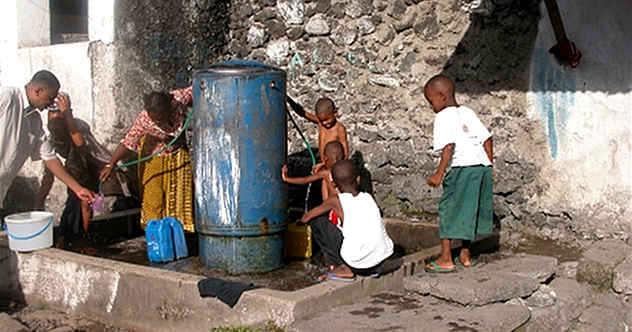 The population of the Comoros lives with the worst income inequality of any nation, with a Gini coefficient of over 60 percent, while also ranking in the worst quartile on the Human Development Index.[1] As of 2008 about half of the population lived below the international poverty line of US$1.25 a day. Fortunately, things have (sort of) improved in the last decade, but it is quite clear that those at the bottom in Comoros have it worse than almost anywhere else on Earth.

While life expectancy is ten years longer than those of the economically similar citizens of Lesotho, the unequal structure of Comoran society has ensured that wages and social mobility are highly restricted. Which goes some way to explaining why Comoros is so prone to revolution. 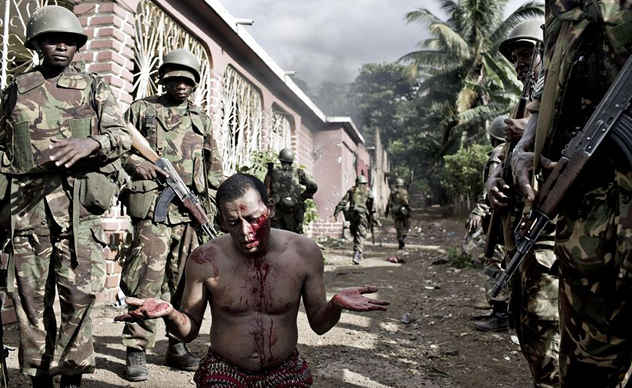 Since declaring independence from France in 1975, Comoros has experienced more than 20 coups d’état or attempted coups, with various heads of state assassinated. The coups have usually passed bloodlessly, with a recent failed coup-leader “believed to have dressed up as a woman . . . trying to escape by boat to the nearby French-run island of Mayotte,” according to Reuters.[2]

Electoral colleges are clearly for dummies. And people think Russia is a problem.

8The Islands Are Due to Be Annihilated by a Giant Volcano 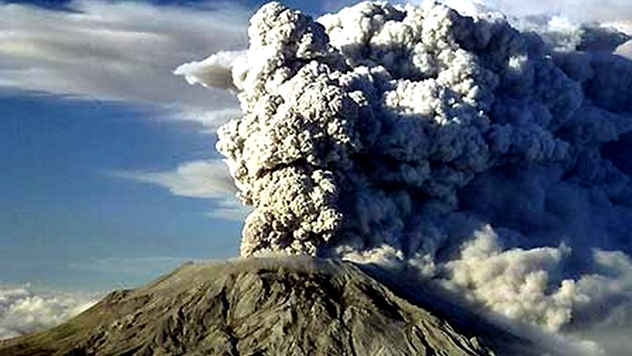 Mount Karthala is huge. 2,361-metre (7,746 feet) Mount Karthala and its thickly-forested slopes form much of the land mass of Grande Comore, the largest of the Comoros islands. Records indicate that the volcano has erupted every 11 years or so over the last couple of centuries, but it has kindly avoided murdering everyone in a fit of fiery rage. How long the mountain will keep its temper though is anyone’s guess.[3]

On the upside for fans of giant explosions and basic mathematics, the last eruption was in 2006. It killed nobody. In fact, the worst death toll due to volcano activity was 17 people gassed in 1903. What this surely indicates is that this volcano is particularly patient. Biding its time, waiting to bring the classic 1997 Piers Brosnan movie Dante’s Peak to life, except not in Hollywood and not featuring the fifth best James Bond actor.

7Living in Each Other’s Pockets 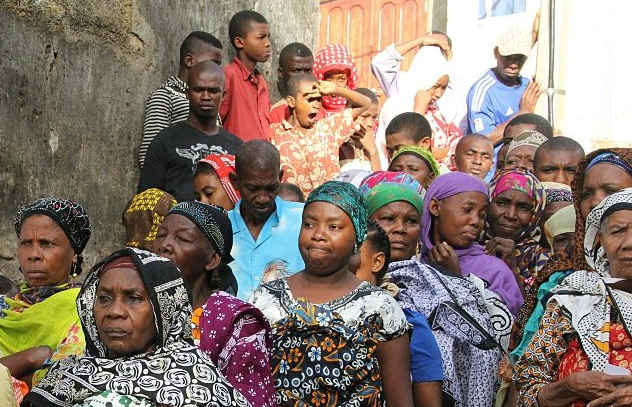 In Nzwani, population pressure is already reaching a critical threshold, for instance, in the Nyumakélé region where there are over 1.000 inhabitants per square kilometer of agricultural land. By 2011, the density ratios were 133, 679, and 316 inhabitants/km² respectively for the islands of Mwali, Nzwani, and Njazidja.[4]

This means that today’s severe environmental conservation problems are going to get worse if the country does not immediately take appropriate steps to deal with the issue. Eighty percent of people work in agriculture, and with limited land or mineral wealth, it appears this demographic is likely to be a permanent fixture—provided environmental collapse can be avoided. Naturally, a knock on effect of a largely agricultural society living with limited land will be deforestation and the extinction of local wildlife, as people attempt to feed themselves and their families.

6The Natural Order Is under Threat 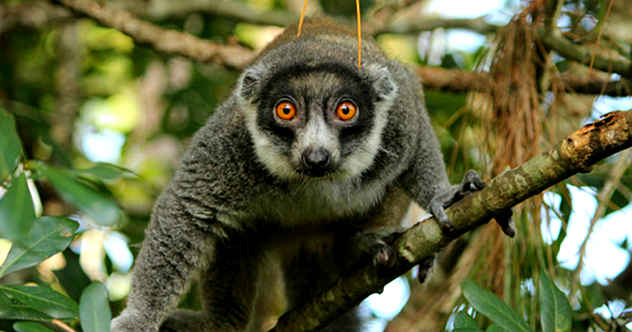 The Comoros host a diverse array of endemic species, including more than 500 species of plants, 21 species of birds, nine species of reptiles, and two species of fruit bats. However, forest cover is rapidly declining, and less than 30 percent of the original area is left today; many of the endemic species are severely threatened from habitat loss and invasive species, and others have already gone extinct.[5]

The aforementioned volcanoes, tropical cyclones, increasing human population, and deforestation all combine to provide perfect conditions for rare animals to disappear forever. Although conservation policies exist, there are not the resources to implement or police them. The government’s threats remain impotent and are ignored for all intents and purposes.

5Whose Ideology Is It Anyway? 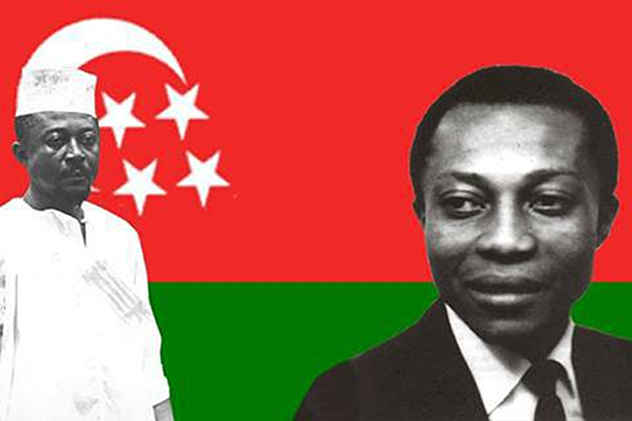 Ali Soilih—the ruler installed in 1975 by Colonel Denard (more on him later)—imposed a bizarre dictatorship blending Maoist ideology with Islamic values on the islands’ inhabitants, whom he terrorized with a revolutionary youth brigade of uneducated thugs. This is what might be regarded as a typical government in Comoros, for most of the post-colonial era in any case.

Islam, the remnants of French colonialism, communism, a military junta . . . this confluence of vastly different ideologies led to what might be politely described as political carnage. Comoros has thus far had at least 20 coups or coup attempts since independence.[6]

Why these coups take place, is up to speculation. The islands are fractious, with members frequently threatening secession. Many also blame the government of France for interfering in the former colony through proxies—a common tactic in Africa for decades. Others still point to the internecine squabbling between Islamic dynasties, exacerbated post-2001 by the “War on Terror.”

4The Career of a French Mercenary Shaped the Nation 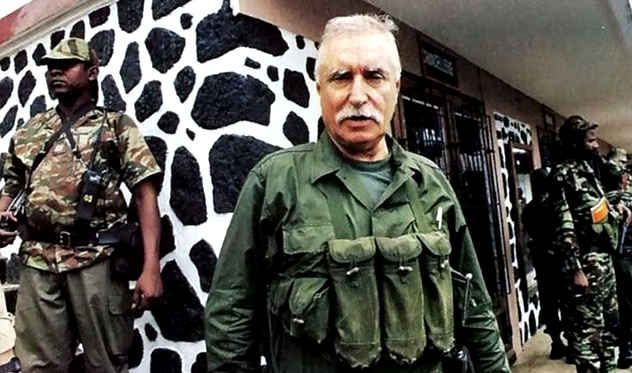 Colonel Bob Denard was an ex-mechanic who took up the mercenary life in the former French colonies. Most active in the Comoros, he led four separate attempts to overthrow the government of this small island group. On orders from Jacques Foccart (chief adviser to the government of France on African policy), he ousted the first president, Ahmed Abdallah, who had unilaterally proclaimed the Comoros’ independence on July 6, 1975. Ahmed Abdallah was replaced by Ali Soilih, despot and an all-around bad guy.[7]

With the support of the Rhodesian government, Denard returned to the Comoros with 43 men on May 13, 1978, and carried out a coup against the president he had installed—Ali Soilih, who had turned toward socialist policies. Tsch. Despots these days.

Soilih died under mysterious circumstances on May 29, 1978. Allegedly Soilih was shot while trying to escape. Denard then reinstalled Ahmed Abdallah to power. For eleven years, Denard headed Abdallah’s 500-strong presidential guard, married a local, converted to Islam, and eventually became a citizen of the country.

The Comoros also served as Denard’s base for his military operations in Mozambique and Angola. He was then supported by Paris, as the Comoros provided France a base to get around the embargo imposed on South Africa because of its government’s policy of apartheid. More modern outfits like Blackwater and other private military contractors owe a debt to Denard for providing the working model. 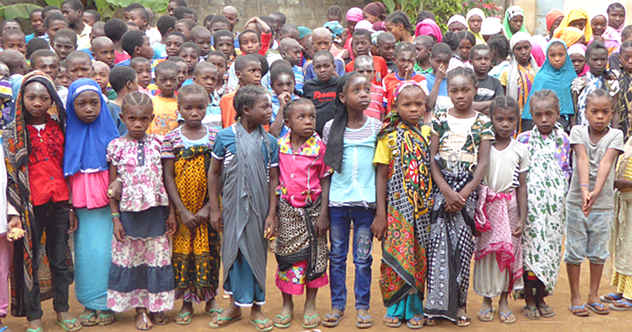 According to the CIA, Comoros is a source country for children subjected to forced labor. Both at home and abroad, sex trafficking of women and children takes place while officials turn a blind eye. The CIA also suspect that the islands are a stop off point for East African women exploited in domestic service in the Middle East.

Only in 2015 were any laws prohibiting child trafficking passed. Bizarrely, the law does not make criminals of adults convicted of trafficking. Police do not investigate allegations, and corrupt officials are complicit and unmolested.[8]

All in all, it seems like a really scary place to be a kid.

2Public Debt Is on the Rise Again 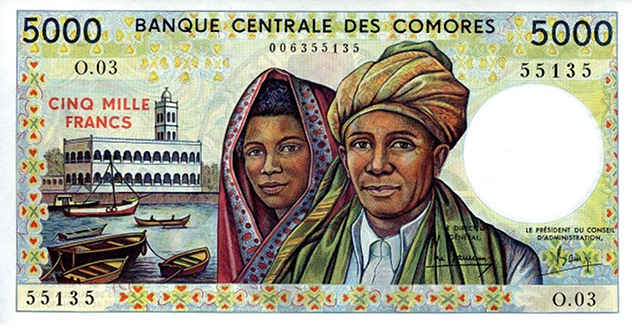 “It could always be worse” should be the motto when looking at the Comoran national debt. Back in 1984, it was 240.96 percent of GDP, which thankfully over the last thirty years reduced to a more manageable 32.13 percent, which is only $248 of debt for every man, woman, and child on the islands.

While this might not seem much, the average wage in Comoros is only around US$4 per day, which has led to the islands being largely dependant on remittance payments from overseas. Around 150,000 Comorans live abroad, mainly in the former colonial ruler, France. Working in more advanced countries allows people to send money home to Comoros, and such external financing is now a key part of the economy. As most Comorans who remain on the islands are involved in agriculture, the islands are particularly susceptible to price fluctuations and crop failures.[9] 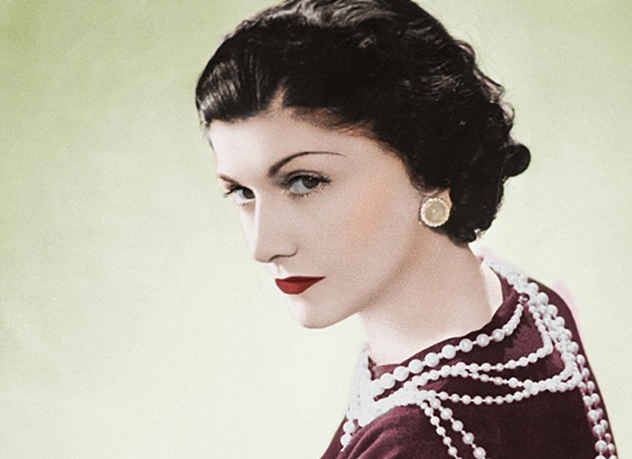 While being a native of Indonesia, the Cananga tree was introduced to the Comoros islands centuries ago. The Cananga might be more familiar to you by way of its primary product—ylang-ylang essence. Today, Comoros is the world’s leading producer of ylang-ylang, making it an essential trading partner for perfumers and producers of scented oils the world over. In 1920, this natural essential oil, grown in a French colony, found its way into the hands of one Ernest Beaux, perfumer, former White Russian, torturer of Bolsheviks, and friend of Coco Chanel’s lover. A lover who, incidentally, was the chap who finally managed to kill the mad monk, Rasputin.

Anyway, Beaux presented an array of his perfumes to Chanel for her consideration, and true to her predilection for favoring the number 5, selected the fifth. Chanel No.5 has ever since been considered one of the world’s finest perfumes—a near century-long record that depends on a tiny chain of islands off the coast of Africa.[10]