The name Bigfoot is synonymous with mystery to many people out there; and after the countless claims – the sightings, footprints, videos and photographs – it would seem that there must be something strange in the woods of North America, right? Wrong. In this list I have shed some light on the harsh (un)reality of one of the world’s most cherished non-existent creatures.

Perhaps the most damning fact to disprove the existence of Bigfoot is the atrocious quality of evidence that has been presented. The scientific community has only been given hazy eyewitness accounts, extremely vague photographs and films, and a few blatantly hoaxed footprints.

In such pieces of video or photographic “evidence”, the subject is almost always either obscured by tree branches or extremely far away. It raises the question why the person filming the event (and there have been many) doesn’t simply chase the creature, or at least try and get a clearer shot. The famed Patterson-Gimlin video (shown above) is often cited as the clearest image of a potential Bigfoot yet released – and even this is shot from an extreme distance. Sounds convenient, doesn’t it? 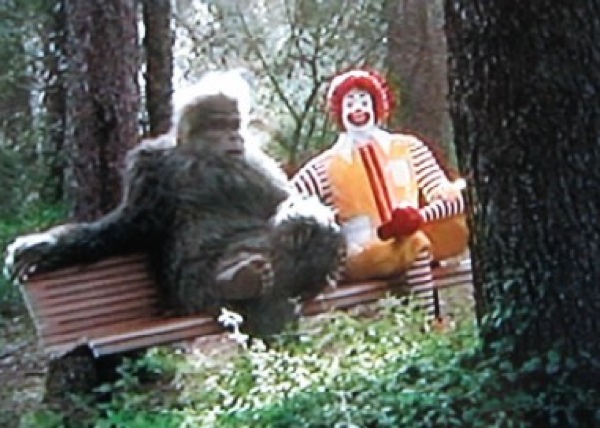 The average Bigfoot sighting is purported to place the creature at approximately 8-9ft tall and at 500-600lb in weight. The problem here is that such an immense creature cannot be eating enough food to survive, because the impact on the food chain would be incredible.

Scientists have proven that sasquatches would need to number in at least the tens of thousands to sustain themselves over the years through breeding. If these thousands of creatures are all packing away 5,000 calories worth of meat every day, where is the deficit in the animals/plants they are eating? Considering even a slight drop in the population of any given animal (or plant) causes large reverberations through the food chain, the statistics simply don’t add up.


8
Bigfoot is Too Big to Go Unnoticed 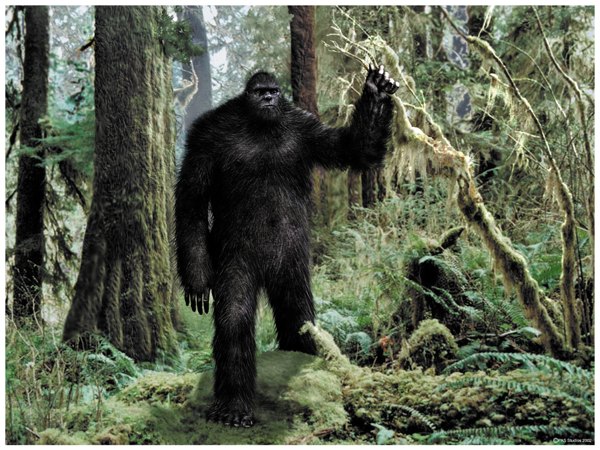 As mentioned previously, the average Bigfoot sighting places the creature at over 8ft tall. The reasonable question here is how such an enormous creature could possibly evade capture by humans. Every year new species are discovered all over the world, but they all have one thing in common: unless they’re in the sea, they are all tiny. When was the last time you heard of a new species of giant elephant being discovered? The point being that if tens of thousands of 8-foot tall, 500 pound ape-men were out there, we’d have found them by now. 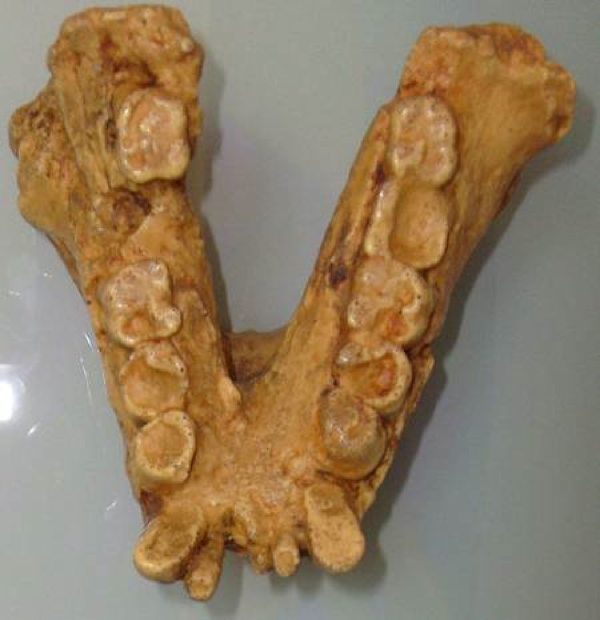 Simply put, there has never been any fossil record of a large mammal resembling the Sasquatch in North America – despite the same soil preserving everything else that ever lived in the area, including dinosaur bones.

Predictably, Bigfoot enthusiasts have a counter-argument: fossils have been found of one creature dubbed Gigantopithecus Blacki, the fossilized mandible of which is pictured above. This creature, essentially a 10 foot ape that weighed approximately 1,200lb, existed a hundred thousand years ago when it roamed an area in what is now China.

Obvious aesthetic connections could be made between the two creatures – but no Gigantopithecus Blacki fossils have ever been found in America. It seems that something like Bigfoot did once exist, but thousands of miles from where the vast majority of sightings occur. 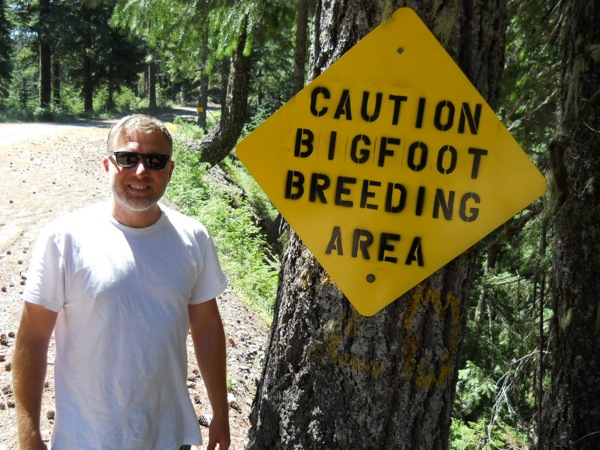 Scientists have established that in order for the existence of Bigfoot to be a zoological possibility, there would have to be tens of thousands of them breeding. But how would such a massive population be able to successfully locate potential mates, if even humans are incapable of finding them?

The idea that sasquatches are being bred in families and are mating successfully with other groups of sasquatches is simply impossible – and yet such a situation must exist for these creatures to continue breeding. Coupled with the fact that almost all alleged Bigfoot photographs and videos show only one creature – implying that they travel alone – the odds of them being able to find each other to mate and produce offspring are small indeed. 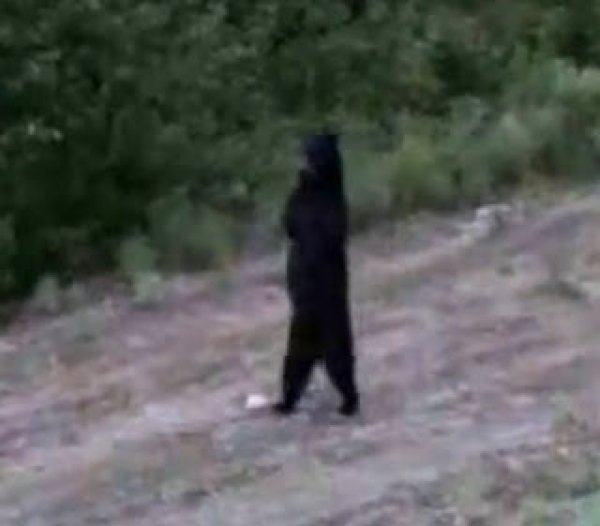 An estimated 80% of supposed Bigfoot evidence can be readily attributed to hoaxes, but that still leaves the other 20%, right? Sure, but it would appear that even these sightings can be put down to misidentification.

A recent study has found that many alleged Bigfoot sightings could easily be American Black Bears walking on their hind legs. The bears stand up to 7 feet tall when walking in this way, and although they don’t share the same characteristics as Bigfoot, for hardcore believers (and those seeking attention) the line between wishful thinking and common sense is conveniently blurred. Amazingly, the photograph shown above was initially displayed as a legitimate piece of Bigfoot evidence, just to illustrate the point.

4
There Were No Sightings Before 1958 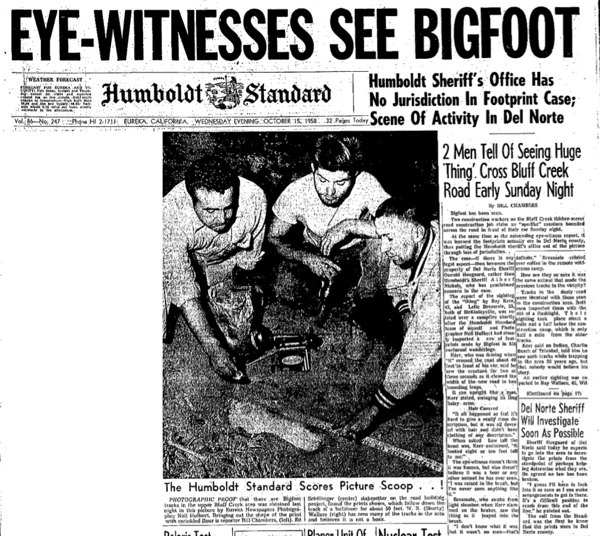 Admittedly the title of this entry is somewhat misleading, because there have been sightings (although very few) of “wild men” all over the world, long before the fifties. But many Bigfoot enthusiasts forget that sightings of the cryptid are an entirely modern phenomenon.

In 1958, several gigantic footprints (later shown to be fake) were discovered around the area of Bluff Creek in California. The prints drew significant media attention, and the term Bigfoot was coined in the newspapers. Ever since this event, alleged sightings of the creature have been cropping up all over the place. This is an important point: sasquatches cannot have appeared out of thin air, and if they did exist before the fifties, why weren’t they spotted earlier?

3
Lack of Killings Despite Reward 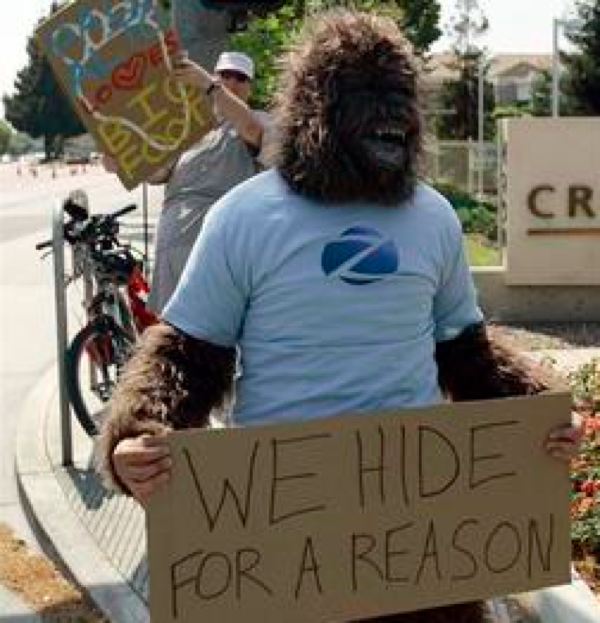 I’ll begin this entry by mentioning that there is currently a genuine $1,000,000 reward for anyone who can bring back the body of a Sasquatch. Think about that for just a moment. Now consider the the tens of thousands of reported sightings – none of which have resulted in a Bigfoot being shot dead. Once again, the figures simply do not add up.

2
Bigfoot is a Hoaxer’s Paradise

Although this does not directly disprove the existence of Bigfoot, it is important to point out that there are plenty of motives for people to create a hoax. People may simply seek attention, fame or wealth – just like the men who covered an ape suit with a dead squid (pictured above) to try and cash in on that $1,000,000 reward. 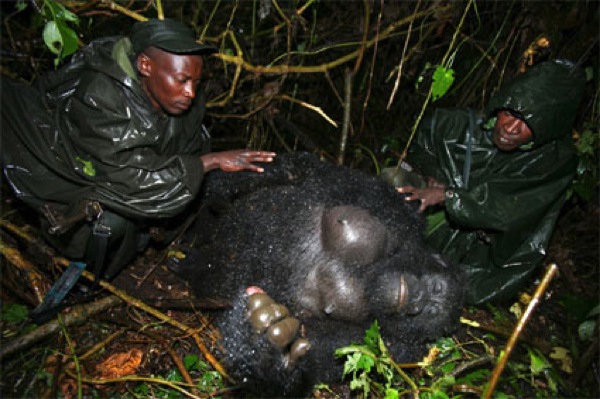 For a minute, let us imagine that we have had tens of thousands of giant ape-men roaming around North America since the fifties. Surely such creatures would leave us at least one piece of indisputable physical evidence? Alas, we have none at all – no bones, hair samples, blood samples, skin samples, or any DNA evidence of any kind.

One single hair strand would provide enough DNA to prove a new species existed. Besides, you can forget about DNA evidence for a moment to ask: where are the bodies? Unless sasquatches are immortal, there must be hundreds of Bigfoot remains out there right now. Why hasn’t anyone ever found one? We seem to have found plenty of footprints – but of course, that isn’t physical evidence.

All things considered, it seems that we can safely assume that there are no ape men in North America.