The theater provided entertainment in a time before TV, Netflix, the Internet, iTunes, Xbox, and trolling ChatRoulette. Many astonishingly talented performers made audiences gasp in surprise, wonder, and occasional shock and horror while exhibiting their unusual talents from New York City to San Francisco and all points in between. Here are ten amazing stage acts that got top billing in their day – but which in the 21st century, have mostly been forgotten. 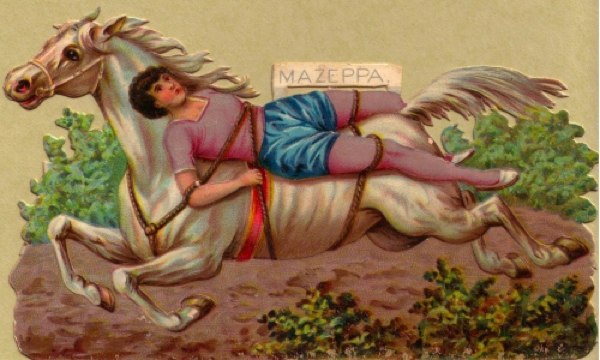 In 1864, Adah Isaacs Menken—an indifferent actress—rode into fame playing the title role in Mazeppa and the Wild Horses of Tartary, one of the equestrian plays popular at the time. While the plot is a fairly standard romance, the horseback exploits of Menken’s heroine sold out box offices around the globe.

Actually, the flesh colored, full body stocking she wore to simulate nudity while being bound to the back of her horse caused a sensation which drew in gaping crowds all over Europe and America. Among her fans: Mark Twain, Charles Dickens, and Bret Harte. I doubt it was her talent they admired. 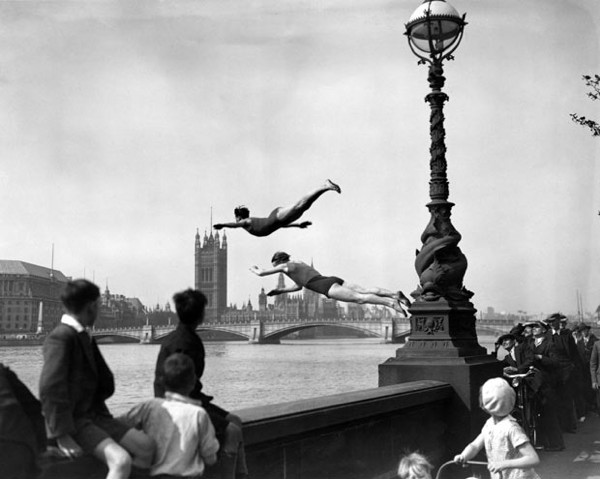 When Samuel Gilbert Scott made a spectacular headfirst dive from a cliff near Niagara Falls, his reputation as a daredevil performer was secure. He dove from bridges, ship’s masts, and other structures, delighting the crowds who flocked to see him. In 1841, he issued a challenge to the public, saying he would run from a Drury Lane pub to Waterloo Bridge, dive 40 feet into the Thames, and return to the pub in one hour. The audience couldn’t wait.

On the appointed day, Scott reached the bridge in good time and climbed the previously erected scaffold. Putting a rope around his neck, he dangled in mid-air as usual, performing acrobatic stunts to warm up. Suddenly, the rope slipped. He hung there for several minutes before audience members realized he was in trouble—too late—and cut down his body. 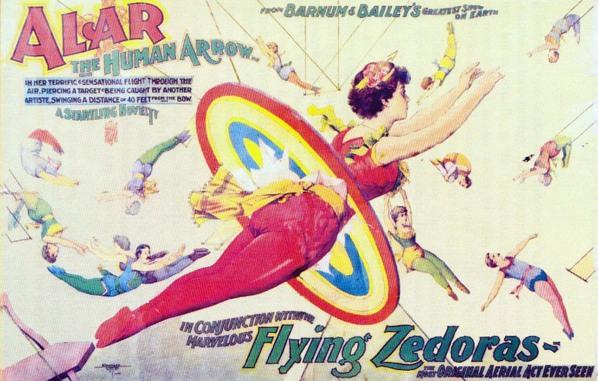 Pansy Zedora (aka Alar the Human Arrow) and her sister thrilled audiences on both sides of the Atlantic. After arranging herself on a gigantic crossbow high above the audience, Pansy was shot into the air. She flew through a paper target to be caught on the other side by her sister, who swung from a trapeze. The American public loved the sisters when they toured with circuses in the 1890s. 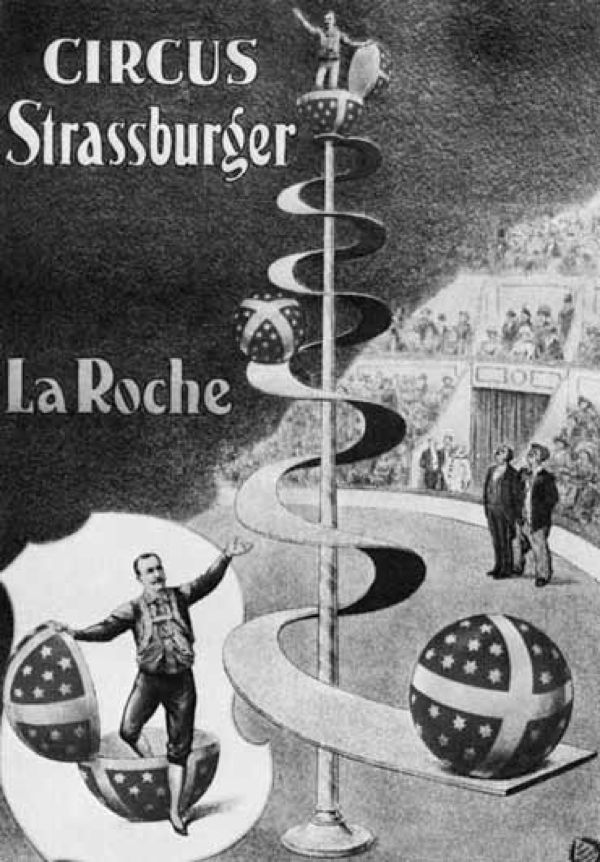 An Austrian acrobat and contortionist, LaRoche (real name Leon Rauche) depended on precise physical effort and balance in his mystifying act. A perilously steep, 24-30 foot high spiral track was set up, and at the bottom was placed a metal ball about two feet in diameter. To the late nineteenth century audience’s amazement, the ball began to ascend the track, apparently under its own power. At the top, a pair of hands holding flags shot out of holes in the ball—proof that LaRoche, a full sized man, was inside. The ball descended just as smoothly, and LaRoche emerged to much applause. La Sphere Mystérieuse was a hit. No one knows exactly how he did it, but speculation continues to this day. 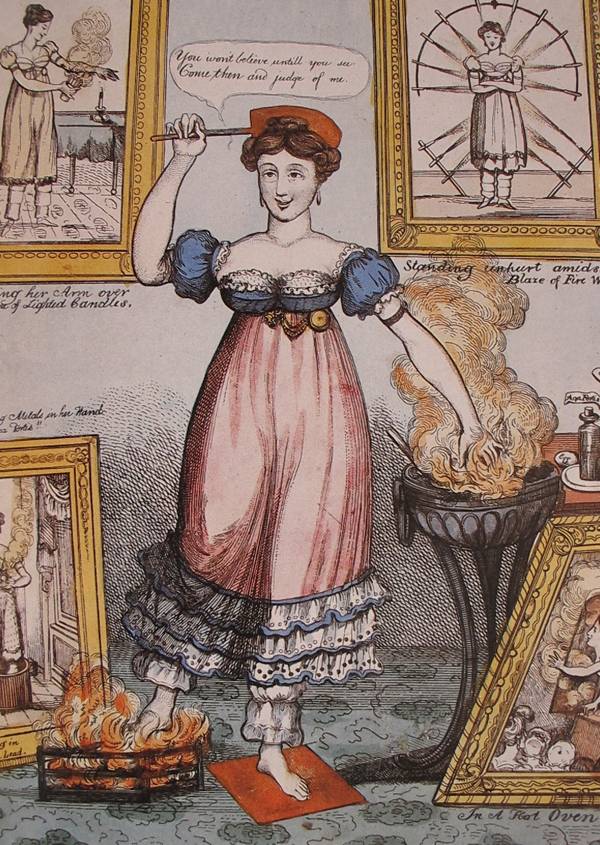 First performing in 1816 and causing much comment, Italian-born Josephine Giradelli was a famous “fire queen.” Her act consisted of holding boiling lead in her mouth, running a red-hot iron bar over her head and bare arms, walking barefoot on a red-hot metal plate, dripping melted sealing wax on her tongue, and cooking an egg in hot oil held in her hands – among other feats. Part illusion, part hard-earned skill, part dedication to her craft, her acts were unusual for a woman of the time and drew in crowds to attend sell-out shows. Later fire resisters would add poison eating to their acts. 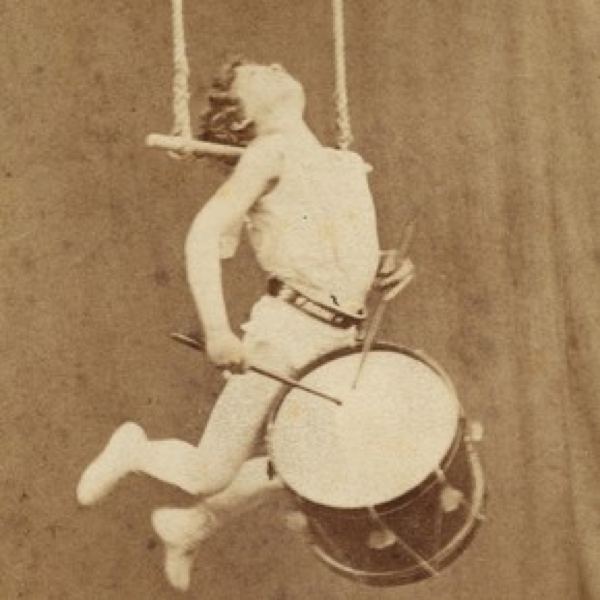 Samuel Wasgate, an orphan adopted by wire walker Guillermo Farini, became famous in 1866 at the age of ten for a death-defying stunt called Le Tambour Aerial by El Niño Farini. He balanced on his neck on a trapeze bar high in the air while playing a drum. Sam would also balance on Farini’s shoulders when he crossed the high wire. Beginning in 1870, as part of the act, he began impersonating a female acrobat and aerialist billed as “Mlle. Lulu” and “the Circassian Catapultist.” Imagine how much consternation was caused in 1878 when “Lulu” suffered an injury on stage, and his true sex was revealed to his admirers. Afterward, he cut his hair and continued performing – this time, as a man. 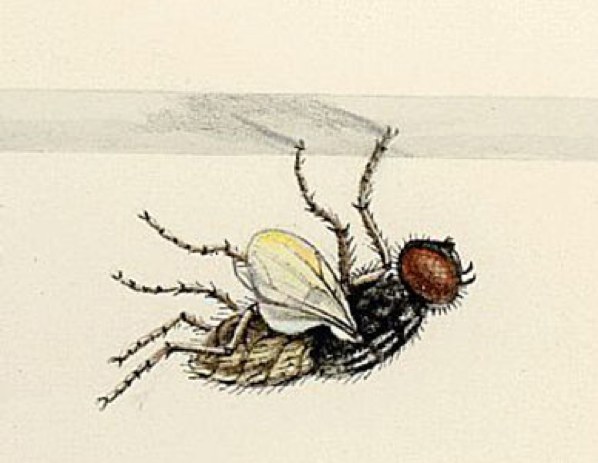 Apart from his phenomenal success as a circus owner, Richard Sands was a highly skilled acrobat in his own right. One of his claims to fame was being a “ceiling walker” or “antipodean pedestrian,” as the press of the day termed it. His act consisted of literally walking upside down across a ceiling while hanging by his feet from rings. In 1853, he expanded his act to “air walking” by taking a stroll across a Drury Lane theater’s ceiling while wearing special rubber suction cups on his feet. In 1861, he was killed during a performance when a plaster ceiling gave way, and he fell and broke his neck. 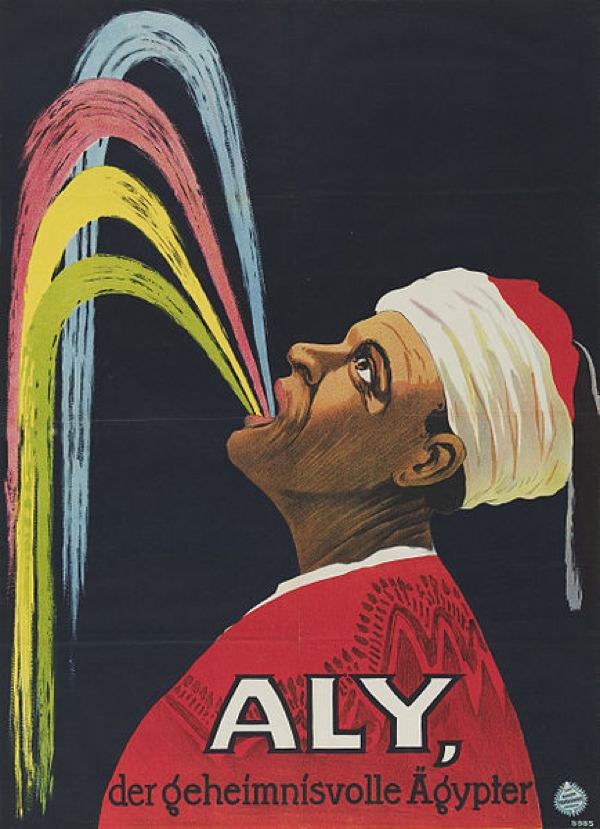 While the ability to vomit is inherent in all humans, some take it to the next level … and then there’s the famous Egyptian called Hadji-Ali, who could (and did) regurgitate objects and liquids at will. His skill as a “water spouter” brought him considerable fame in the early twentieth century (including a cameo in a Laurel and Hardy film). The pinnacle of his act was consuming a gallon of water, followed by a pint of kerosene. Due to his outstanding control over his stomach muscles, he would first bring up the kerosene and light a model castle on fire, followed by the water to put out the flames. He died of heart failure in 1937.

2
Aloys Peters, the Man with the Iron Neck 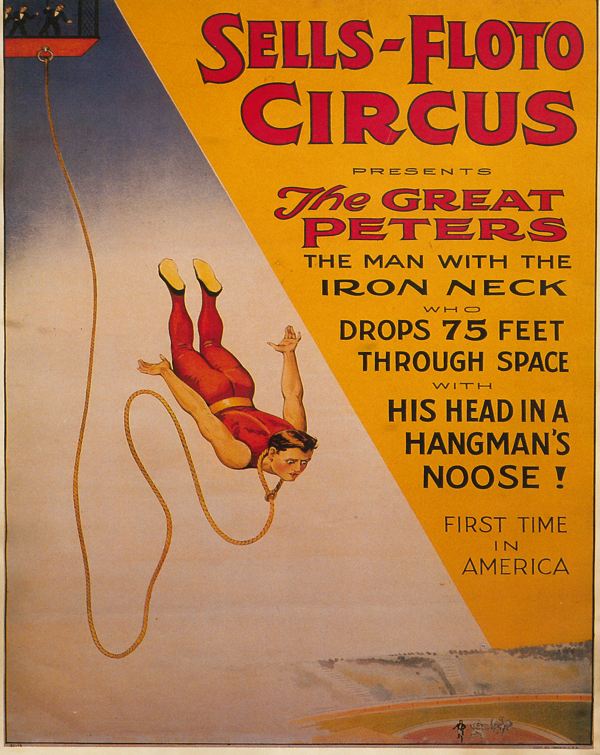 In the 1930s, the Great Peters, as he was billed, thrilled and terrified audiences with his dangerous “hangman’s act,” during which he climbed seventy-five feet to a rigging suspended in the air, put an elasticized rope with a noose around his neck, and swan-dived to the ground.

Like a modern bungee, the rope would snap back before he struck, sending him flying upward, and he’d make a controlled descent. He died at the age of 45 in 1943 when something went wrong during the stunt and his neck broke. His body dangled high in the air for 20 minutes in front of a crowd of 5,500 horrified spectators while the St. Louis fire department struggled to reach him and cut him down. 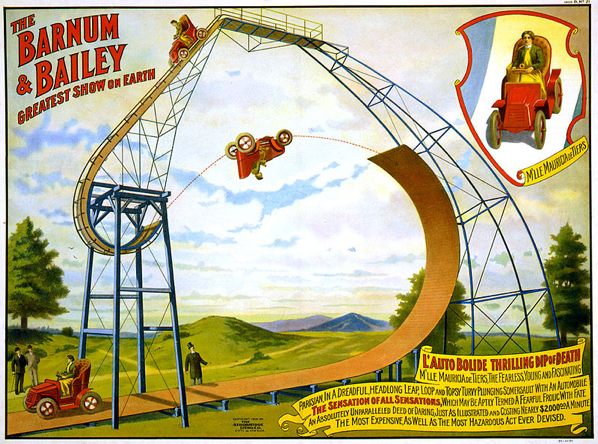 Also billed as Mlle. Mauricia De Tiers, this daredevil stunt driver performed in Ringling Bros and Barnum & Bailey Circus in 1905, when the automobile was still relatively new technology. The act, called L’Auto-Bolide or the Dip of Death, featured the attractive lady driving a small car at breakneck speed down a long ramp that doubled over at the end. The car turned upside down and hurtled off the end of the track into a back flip over a 20-foot gap, and landed on the receiving track. Out stepped Mademoiselle LaTour, looking unruffled and fashionably feminine in her long Edwardian dress and beautifully trimmed hat. Voilà!

Some of these acts have modern counterparts. Some would have difficulty being performed today because of health and safety regulations. Regardless, these fearless individuals risked their lives to make us, the audience, gasp in awe and wonder. Their descendants and spiritual children are still amazing us today.