Losing your job is a pretty horrible feeling, no matter what the circumstances. Usually – whether it be because you’re a lousy employee, the company is downsizing, or you’re a celebrity sitting across the table from Donald Trump – there’s a pretty good reason to be fired. But every so often a person gets the sack for reasons that would make even the most no-nonsense boss scratch his head:

10
The Flight Attendant Fired for Blogging 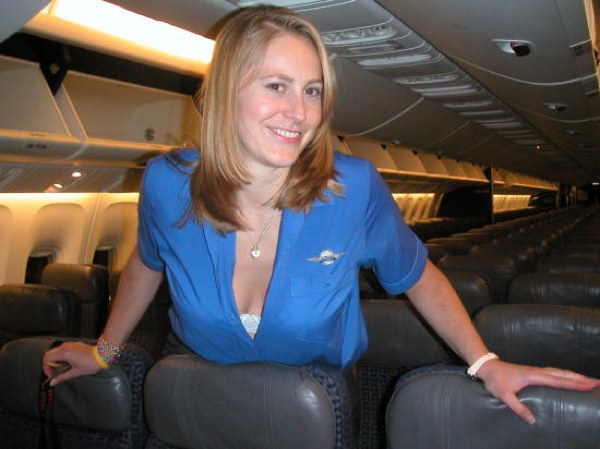 In this day and age, pretty much everyone has a blog. Your friends, your relatives – and if Disney Channel is to be believed, possibly even your dogs have blogs. So it should not have come as a surprise to anyone that Ellen Simonetti, a former flight attendant for Delta, also had a blog. I say former because she was fired from that position precisely for having that blog.

Simonetti was fired in 2004 after her employers discovered her blog, entitled “Diary of a Flight Attendant” and decided they’d rather not have the world see her as a representative of Delta Airlines. And why, you ask? Well, that’s a good question. By all accounts, she did not defame the airline. In fact, Delta stated that they found photos of Simonetti in her Delta uniform inappropriate – specifically one photo in which part of her bra is visible. It seems that we’ve grown as a society: though sex appeal used to be the lone qualification for becoming a flight attendant, it can now get you fired just as easily. 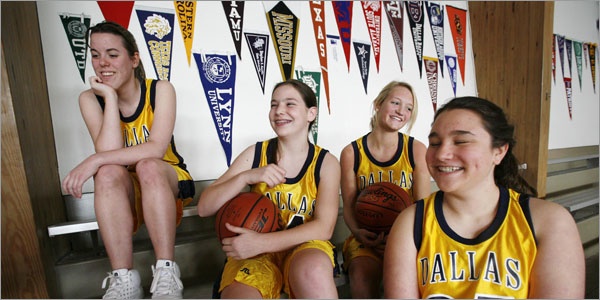 When you’re a basketball coach, your goal is to help your team win – preferably as comfortably as possible. But there’s apparently a strict definition of exactly how comfortable is too comfortable, as Micah Grimes found out in 2009. That was the year he guided his girl’s high school basketball team to a 100-0 victory over an opposing team, which was from an academy that specializes in helping kids with learning differences, such as dyslexia.

The Covenant School, where Grimes coached, is a private Christian school. It determined that running up the score was not “Christlike”, and therefore was an embarrassment to the school. Grimes refused to apologize, and people in attendance noted that spectators were egging the team on as they approached the 100-point mark.

8
The Woman Fired for Being Irresistible 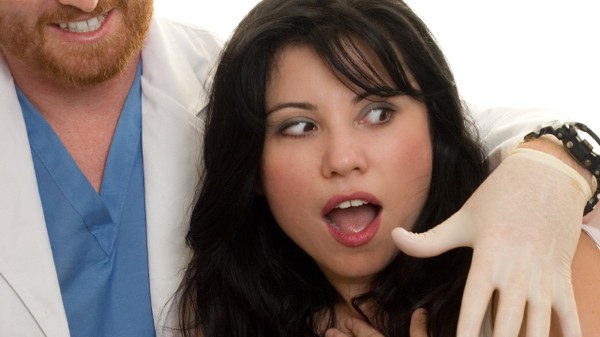 Melissa Nelson, a married mother who had worked as a dental assistant for 10 years, was by all accounts a fine employee. She was also – according to her boss James Knight – just far too sexy for him to resist; so upon urging from his wife, he gave her a pink slip. What’s more, when Nelson tried to sue over wrongful termination, the courts actually upheld the firing, confirming that she was, in fact, too sexy for her job.

Knight apparently accused her of wearing clothes that were too tight and revealing, despite the fact that she wore scrubs; and when she made an off-hand comment about her lack of a sex life, he cracked a joke about it being like “having a Lamborghini in the garage and never driving it.” So apparently in Iowa sexual harassment is okay, but being attractive isn’t.

7
The Waiter Fired for Stopping a Carjacking 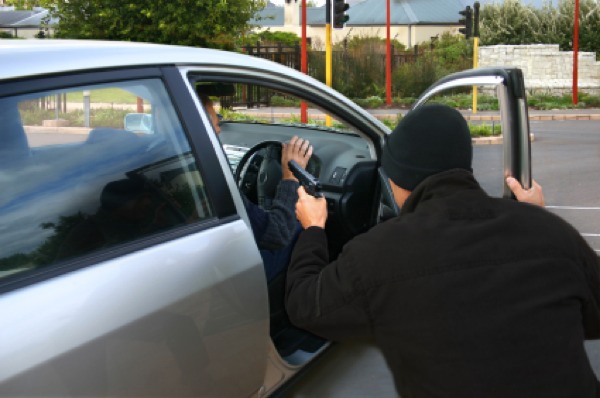 Juan Canales, father of three, worked as a waiter in a Thai restaurant in Fort Lauderdale. One day at work, he noticed a commotion outside and saw that a woman was being carjacked by a knife wielding attacker. Putting his own welfare aside, Canales rushed outside and wrestled the carjacker to the ground, then waited for the police to arrive.

After saving this woman from being attacked – and possibly even saving her life – he was promptly fired by his employer. Apparently it was for the publicity he generated by rushing out to play the role of hero. After all, if there’s anything a restaurant owner hates, it’s good, free publicity. 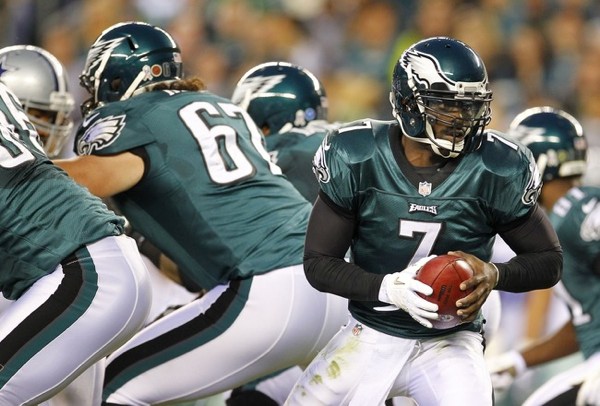 Dan Leone learned the hard way that sometimes, it probably is not wise to complain about your employer on Facebook. Of course, when the Philadelphia Eagles also happens to be your favorite team, it might be a little more difficult to bite your tongue when they don’t resign one of your favorite players. After legendary Eagles safety Brian Dawkins was allowed to sign with Denver, Leone took to Facebook to voice his frustration with management – and after this was discovered, the stadium worker was fired as a result.

There are many cases where people get fired or at least have their jobs threatened due to the idiotic stuff they post on Facebook, but at least in this case the firing caught the attention of Dawkins himself, who gave Leone some tickets and even took some of the blame, saying, “had I not signed with Denver, this guy would still have his job.”

5
The People Fired for Wearing Orange to Work 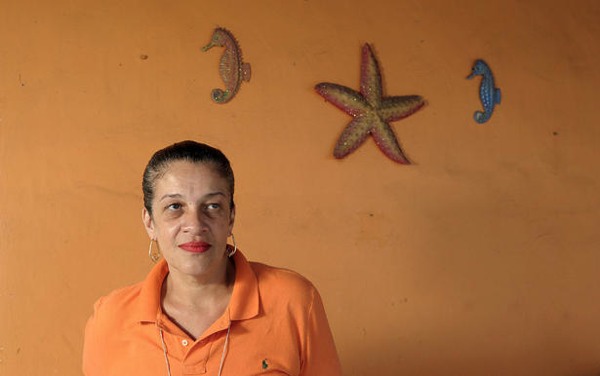 At a law firm in Florida, there had been a tradition among the office workers of wearing orange on paydays as a sign of solidarity when they went out to happy hour after work. Orange is pretty much synonymous with Florida – from the University of Florida Gators, right down to the oranges for which the state is famous. But in 2012, the law firm fired 14 people who had been wearing orange on these days for months – simply because the new company executives somehow took it as an insult.

The new management felt that the orange-wearing of so many employees must have been some form of protest, despite the fact that it had been going on since before they took control of the firm, and also despite the fact that there was no policy against wearing orange. I can only conclude that the new management must have consisted of Florida State fans.

4
The Guy Fired for Repeating a Seinfeld Joke 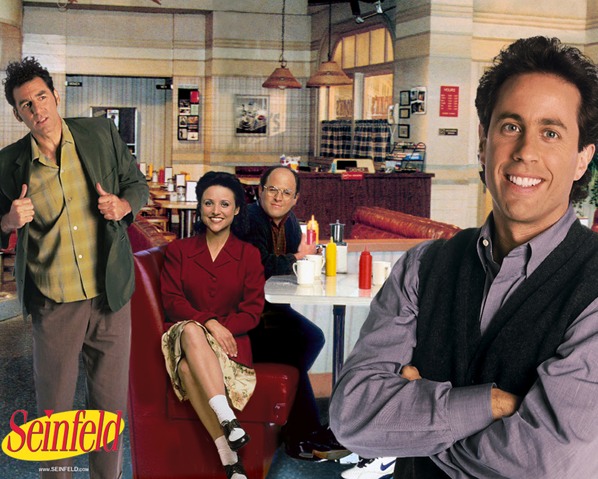 Hey, would you look at that: we’re back to Iowa. John Preston, a native of Cedar Falls, was fired from his job for doing what many, many of us have done far too many times over the years: beating his favorite television quote into the ground. Sure, repeating a quote gets obnoxious after a while – but it’s hard to believe that it’s an offense worthy of job termination.

But it seems to have been worthy in this case: Preston, while at a retreat, joined in with some other co-workers in saying “You’re so good looking” rather than “bless you” whenever someone sneezed – as Jerry and Elaine did in one episode of Seinfeld. Like many of us, Preston kept saying the same thing over and over again once everyone was back to work. Unfortunately it was almost all directed at a pretty female co-worker. It was determined this was sexual harassment, and Preston promptly got the axe.

3
The Woman Fired for TYPING IN ALL CAPS 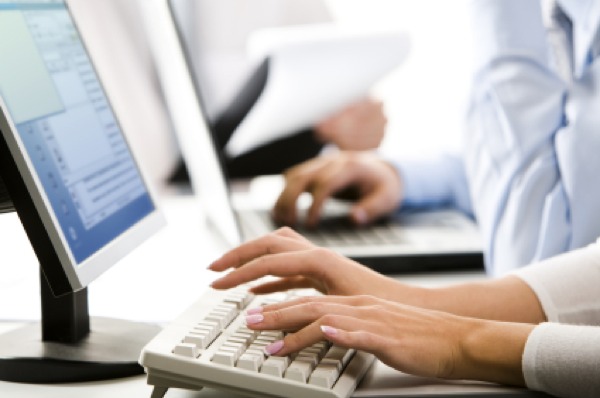 In the age of the internet, there are few things more annoying than the person who types everything as though there’s glue beneath the caps lock key. In the case of Vicki Walker, it turned out that she really liked typing out her e-mails in caps, and often in red colored fonts.

The funny part is that during the wrongful termination proceedings – which, by the way, she won – her former employer only produced one such e-mail. I can only imagine what would have happened if she had ended the e-mail with a smiley face as well.

Gangnam Style ruins lives. We’ve all suspected as much since the viral video hit stateside, and now we have actual proof. Well, maybe it didn’t actually ruin any lives – but it sure did throw a wrench into a few, when 14 lifeguards in California were fired after a video surfaced online of them performing a funny parody of Gangnam Style called Lifeguard Style.

The problem, apparently, was that they were wearing city-issued lifeguard swimsuits and put this video together at the pool where they worked. They countered that everything was filmed during their off hours, and just for fun. Apparently reasonable minds have prevailed, as the city voted to reinstate them a month after their initial firings. 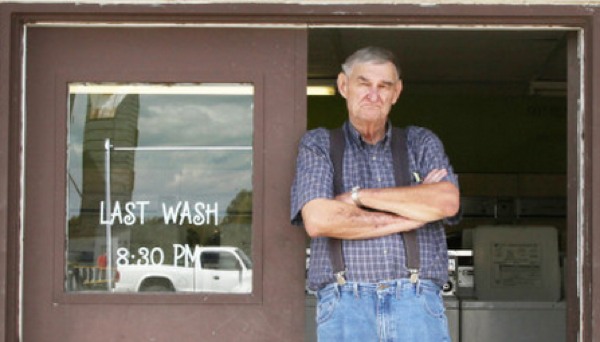 It’s only fitting that we take one trip back to the great state of Iowa to round out this list – the state which boasts perhaps the most ridiculous firings I’ve ever heard of. Richard Eggers, a 68 year old native of Des Moines, was fired from his job at a Wells Fargo bank because he had committed a crime. Seems like the grounds are reasonable enough, right?

Well, not when you take into account the fact that this crime was committed way back in 1963. Was it murder? Actually, it turned out that Eggers had used a cardboard cutout of a dime to operate a washing machine in a Laundromat when he was a teenager. Eggers was caught up in new federal banking regulations, which forbade the employment of anyone who has been convicted of a crime involving “dishonesty, breach of trust or money laundering.” It could just be me, but it seems that in this case they wildly misunderstood what “money laundering” actually means.