Humans have walked on the Moon and sent machines to the surface of Mars—and we’re even close to getting a Voyager probe beyond our solar system. But that is just the beginning.

As science marches on, it seems that all those incredible suits, ships and space colonies we were given by science fiction may actually be just over the horizon. 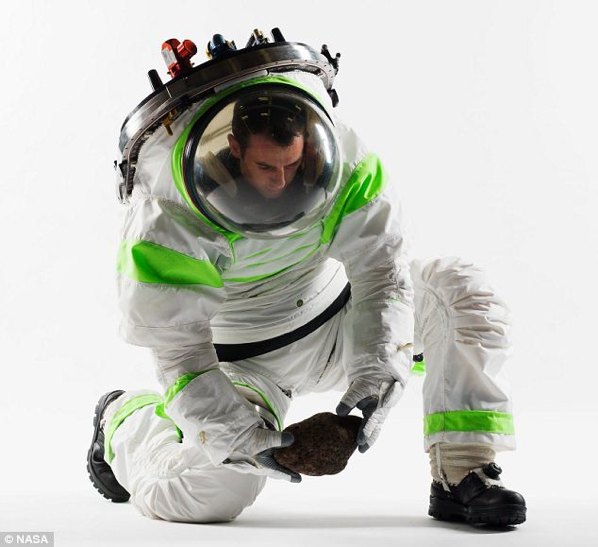 Toy Story hero Buzz Lightyear’s impressive space armor has been given a nod from NASA in the form of the upcoming Z1 spacesuit. The suit, designed with deep space travel in mind, marks the first time NASA has significantly updated its astronauts’ outfits in about twenty years.

It features a new hatchback design that enables the wearer to simply step in it from behind, rather than undergo the painstaking dressing process required by the older suits. The rear hatch can also attach itself to spaceships and stations, so that the wearer can literally jump into space. NASA scientists have not yet confirmed whether the suit will feature pop-up wings and an arm-mounted laser gun. 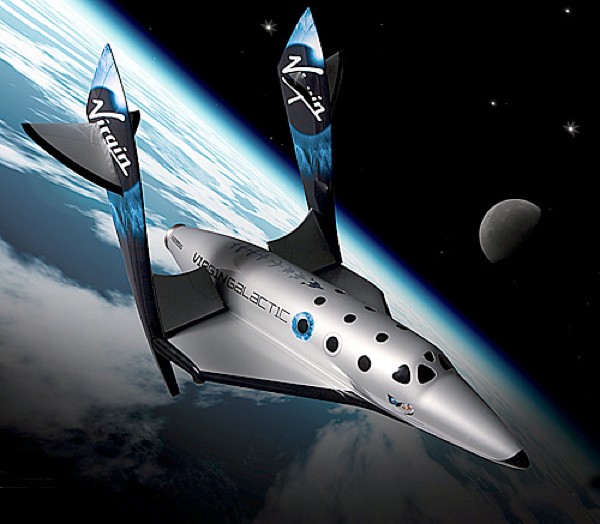 Commercial space travel has been waiting to happen ever since we first left Earth’s orbit. Virgin Galactic, a subdivision of Sir Richard Branson’s Virgin Group, is currently developing its own line of commercial spaceships. These spaceships have the added appeal of being far more Sci-Fi-looking than the ships of NASA or Roscosmos (the Russian Space Agency).

Virgin Galactic spaceships will be launched into space from a large, two-hulled plane acting as a mother ship. The flights are going to be suborbital—meaning that although you genuinely get to visit space, it won’t be for longer than a few minutes. 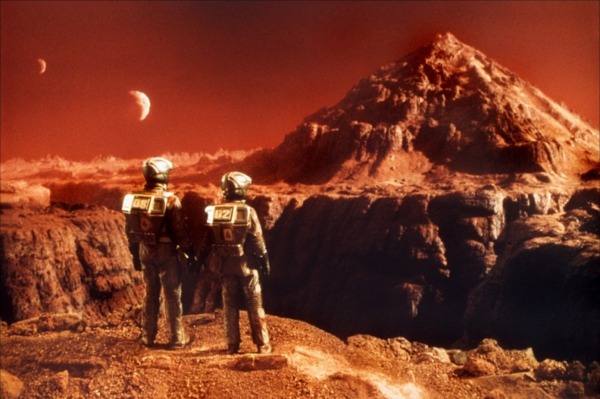 Elon Musk, the founder of PayPal, has turned his successful gaze towards space. His space transport company, SpaceX, works in co-operation with NASA—and it’s the first private company to make deliveries to the International Space Station.

But Musk aims higher: his long-term plan is to begin the colonization of Mars. Not merely with some Antarctica-style research station, either; he aims to build a self-sustaining settlement of more than 80,000 people. That’s more than the entire population of Bermuda.

Although the necessary technology is still in the development stage, Musk has already calculated the cost of his venture. It turns out that the project is surprisingly affordable: it could get off the ground with a mere $36 billion. If “a mere” sounds a little inappropriate, bear in mind that the 2012 US military budget was $683.7 billion. This is good news for us: a spaceship ticket from Earth to Mars could cost as little as $500,000. Musk makes no mention of a ticket back, however.

7
A NASA Moon Base 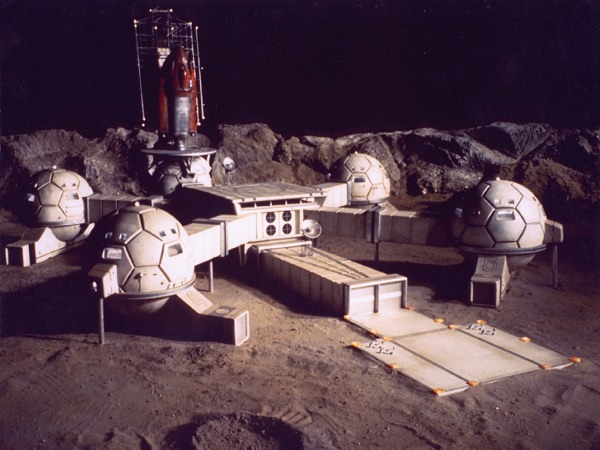 A moon base is pretty much the first thing we would build if our job allowed us to mess around in space. So it’s strange to think that no one has actually built one yet.

But this inconvenient fact might be about to change. It just so happens that we might get something even better: a base on the side of the moon that faces away from Earth. NASA has plans to station a manned craft at a Lagrangian point called “L2” (in other words, an area on the far side of the moon where the combined gravities of Earth and the moon reach equilibrium).

Apart from enabling efficient exploration, and giving its crew the perfect excuse to practice their Bond villain laugh, the L2 station would act as a gateway base for future manned missions to Mars. 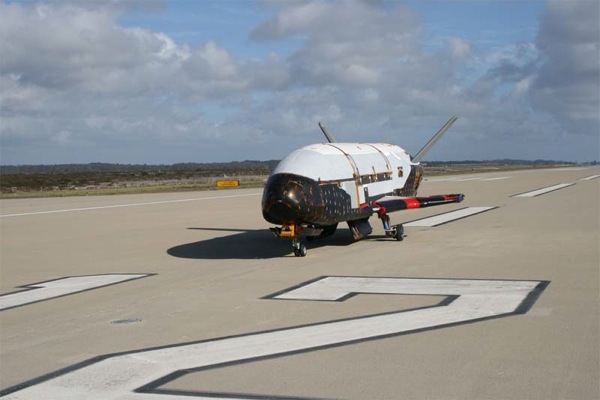 A robotic vessel by the name of “X-37B Orbital Test Vehicle” has recently returned from a mysterious fifteen-month testing session in low Earth orbit. The details of its mission remain highly classified—which becomes all the more intriguing when we consider that X-37B is not a NASA vehicle at all, but rather a military craft.

US Air Force officials have refused to make any comment relating to X-37B, except for the fact that the mission, whatever it was, was a huge success. This lack of explanation gives us some license for speculation: it’s possible that the ship is designed for spy missions, or it could be a kind of space-issue bomber plane. It might even be a perfectly innocent shuttle, designed for carrying large loads of cargo to space stations. Its released specifications indicate that it’s capable of being any (or all) of those. 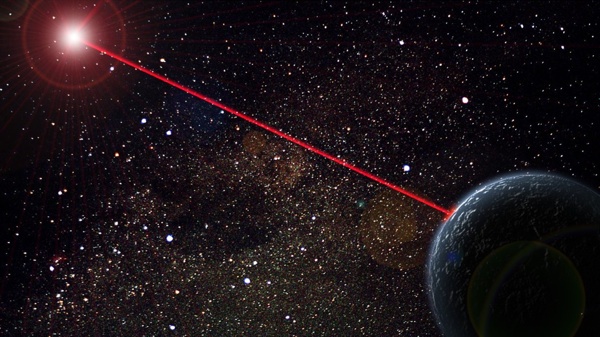 Almost every space opera features some sort of laser. They’re such an awesome visual, and an immediate cue that the show’s subject matter is taking place in the future—but as it turns out, perhaps only a couple of decades in the future.

The US Strategic Command is actively researching in the field of space laser weaponry, since in the emptiness of space, lasers would have a very long range and they’d be extremely fast (lasers have the speed of light). In fact, scientists have already made up their minds about the most suitable weapons for space: chemical lasers and particle beams. Watch out, Martians. 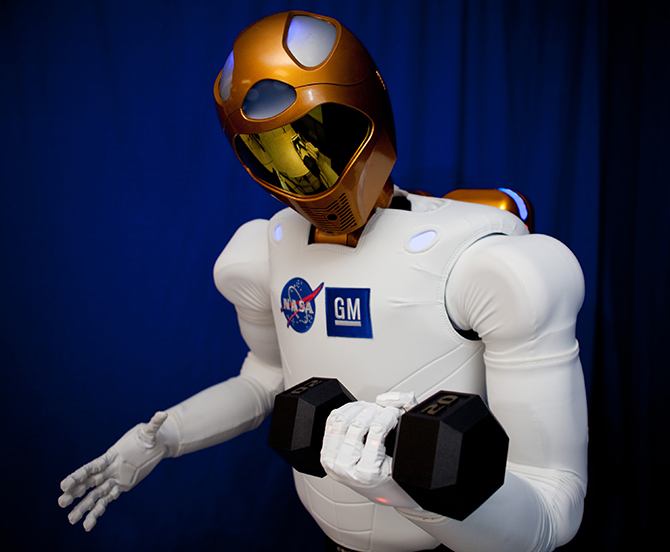 Researchers at NASA are no strangers to robots. Robotics feature heavily in the Mars Rover, and many other devices—but if there’s one thing that’s sorely missing, it’s the humanoid space robot.

The Robonaut program is looking to fix this. It’s a NASA/Darpa joint project that has produced four different space robots so far, and has plenty more in development. The program’s robonauts are humanoid in shape, and capable of handling various tools and tasks with their great strength and dexterity. They have no fixed legs, so they can easily operate in an enclosed space station environment. On a planet’s surface, they can be attached by the waist to various modules and vehicles.

At least one robonaut is already operational. It started working at the International Space Station in early 2013. 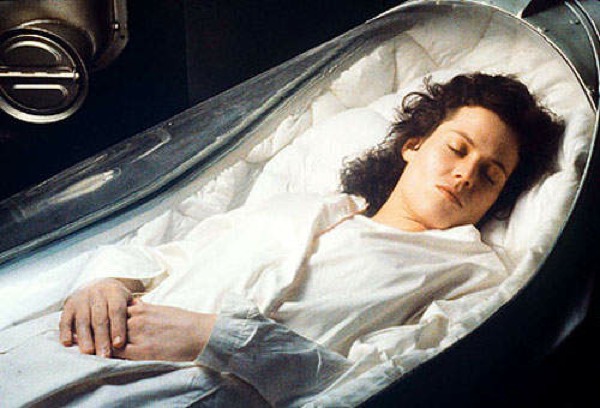 One of the biggest problems with long-distance space travel is the enormous amount of time it can often take to get just about anywhere. Science Fiction often gets around this by making characters spend the trip in suspended animation.

Scientists think that this is a good idea—and they’re currently trying to unlock the secrets of safely-executed suspended animation. One feasible way to achieve this might be cryostasis (freezing the body). It could get pretty messy, though—current research indicates that safe cryostasis would mean removing the blood from your body or partially replacing it with a chilled saline solution.

Another possible method could be chemically-induced hibernation, which artificially converts you to a cold-blooded creature (this is how a bear sleeps through the winter—minus the chemicals). It’s thought that humans may already have this inherent ability, and that scientists simply need to find a way of tapping into it. 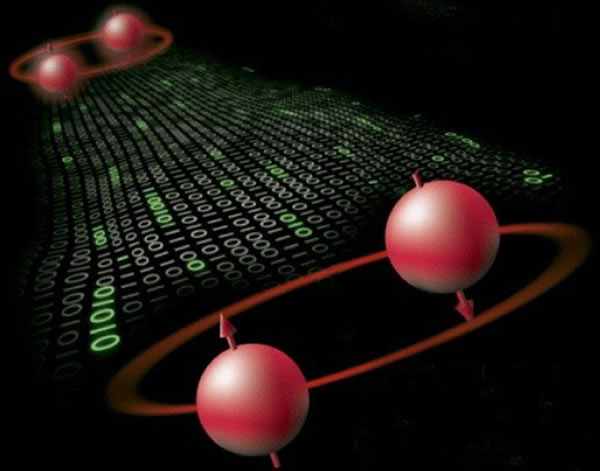 Science has recently turned its attention to teleportation—which hopefully means that space travelers may someday be able to visit planets without even landing their ship.

In fact, there is already a working version of teleportation—so far only on a smaller scale. It’s called quantum teleportation, and it separates tiny particles from their quantum states and transfers them from one location to other. This technique is unable to transport any actual matter, so it can’t teleport humans or even flies. But it’s a pretty awesome start for something that was thought to be completely impossible just a little while ago.

In case you’re in need of a fun fact, the current record distance for successful quantum teleportation is eighty-nine miles (143 km). 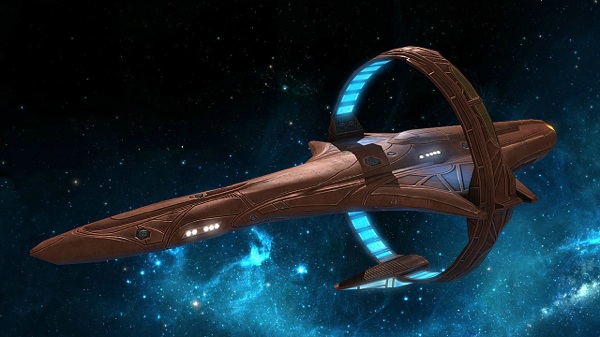 A warp drive is a propulsion system that enables you to travel many times faster than light, by manipulating the fabric of time and space. It’s the thing that enabled the Starship Enterprise to boldly go where no man has gone before.

People who build space things for a living are often big fans of Sci-Fi shenanigans—and they’re usually more than ready to see whether or not life can imitate art. In 2012, a NASA research team revealed that they’re working on a Star Trek-style warp drive.

In fact, they already have several ideas (such as wormholes and negative mass propulsion) as to how they may eventually be able to make warp drives work. The most prominent possibility at the moment is based on a 1994 theory by Miguel Alcubierre. This idea is based on “expanding” the fabric of space behind the ship, and “retracting” the space ahead—which would make the ship move forward as though it were riding an enormous conveyor belt.