It’s easy to forget that movie characters need dressing just as much as you or I. Whether it’s for a lavish period romp or a futuristic sci-fi, it’s definitely a case of “you are what you wear” for the majority of movie stars—can you imagine Harrison Ford pitching up to the Indiana Jones set with a bowler hat instead of a fedora? Sometimes though, the origins of certain iconic costumes are just plain bizarre, as we will find out . . .

10
Lord Of The Rings 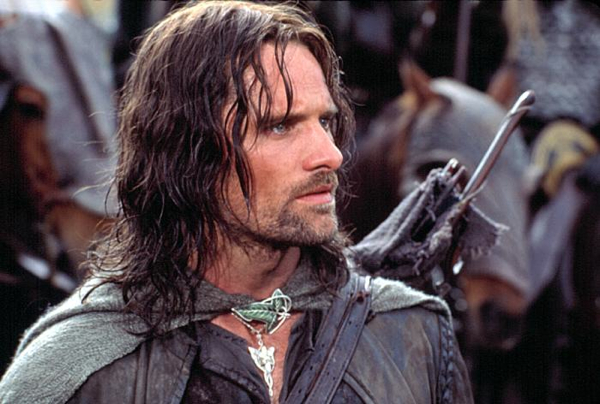 In Peter Jackson’s epic adaptation of JRR Tolkien’s trilogy, Aragorn is a wanderer who probably never sees the inside of a shower. Which is exactly why the actor who played him—Viggo Mortensen—decided it was up to him to give his costume that vital lived-in appearance.

Mortensen took his outfit home, then lived, breathed and sweated in it until it looked as beaten and battered as possible. He even repaired the costume whenever it needed it—something that Aragorn himself would have done on the road.

“That’s the best you can hope for in making costumes,” says costume designer Ngila Dickson. “That the actors will participate and make them their own, a part of their character.”

The actor’s efforts definitely paid off. While Mortensen delivered a stand-out performance, he also looks one hundred percent the part. 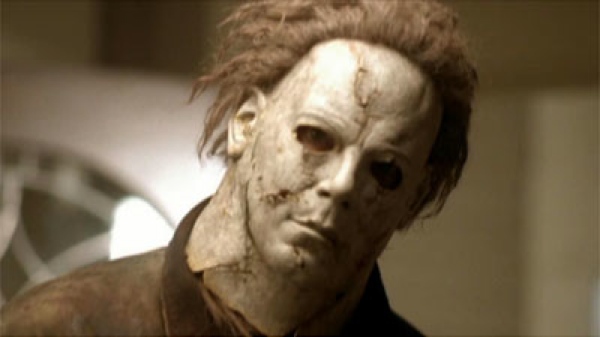 Michael Myers is a horror institution. The knife-wielding antagonist of the Halloween slasher series, he’s the thing of nightmares—an emotionless, white-faced murder machine who starts out stalking babysitters and goes on to rack up one heck of a body count. Funny thing is, his infamous mask actually began life as something entirely innocent.

In order to fulfil the script’s brief of Myers possessing the pale features of a human face, Wallace customized the mask by making the eye holes larger and giving the entire thing a blue-white spray-paint job. The end result didn’t look like Shatner at all. “Which is probably for the best,” director John Carpenter has noted.

Myers wasn’t the only one given the thrifty treatment; scream queen Jamie Lee Curtis also had to buy her own wardrobe for the film. She ended up spending just $100 at J.C. Penny. 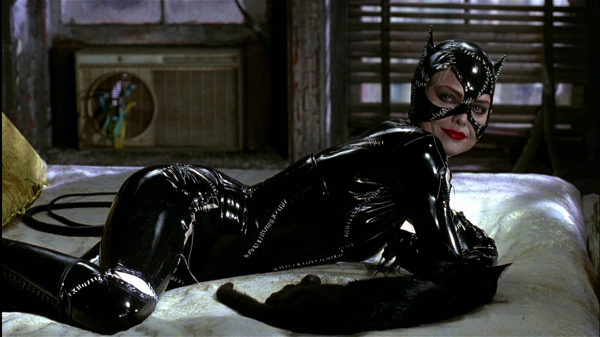 Costume designer Mary Vogt came up with an unusual way of giving Catwoman that glossy sheen. When Pfeiffer had put on her cat costume, the costume department used big sponge brushes to lather her in thick silicone.

It was a messy process—“she [was] dripping all over the place,” Vogt has said—but the final look was perfect, and the costume department was particularly pleased with how the costume shone during night-time scenes—fluid, elegant and just the right side of raunchy. 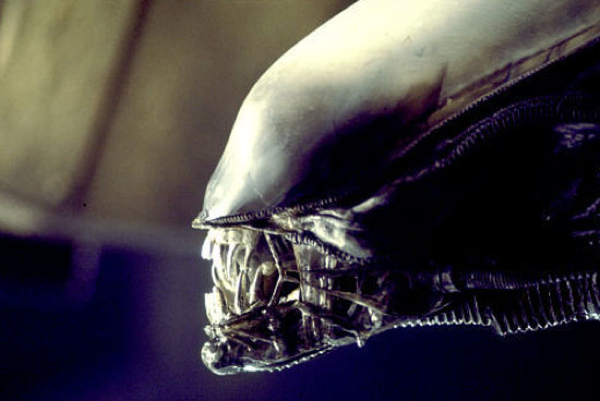 Swiss surrealist HR Giger infused his sinewy designs for the monsters in Alien with an unsettling sexuality. Fitting, then, that condoms were used to bring his creations to physical life.

As well as using plasticine, parts from a Rolls-Royce and vertebrae from dead snakes, the costume designers on Ridley Scott’s genre-defining sci-fi also turned to K-Y jelly and condoms to get the right texture for the alien xenomorph.

The K-Y jelly was used for the alien’s gloopy saliva, while shredded condoms created the tendons in the creature’s jaw. No wonder Sigourney Weaver was so desperate to get away from it. 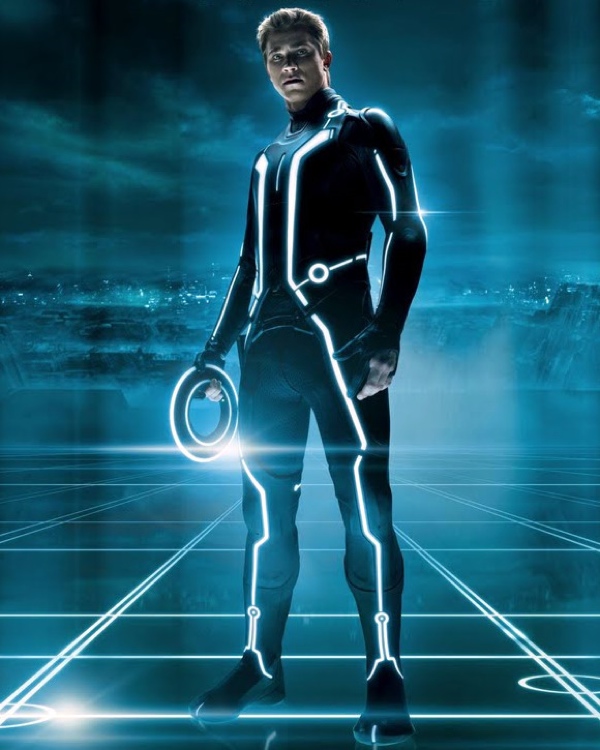 This belated sequel to the 1982 cult classic was all about going hi-tech. When it came to those iconic light-up suits, though, costume designer Christine Clark found that an old-school approach worked best.

As for the way the suits lit up, that was accomplished by hot-wiring the costumes. Lithium batteries were fitted into the discs on the actors’ backs, which gave the suits roughly twelve minutes of light. On the more hi-tech end of things, the production also had a remote control station on set that would monitor the suits and alert them whenever a battery was almost out of power.

“Normally on a set, you hear them say, ‘Sound speeding, camera speeding, action!’” says Clark. “We also had: ‘Light ’em up.’” 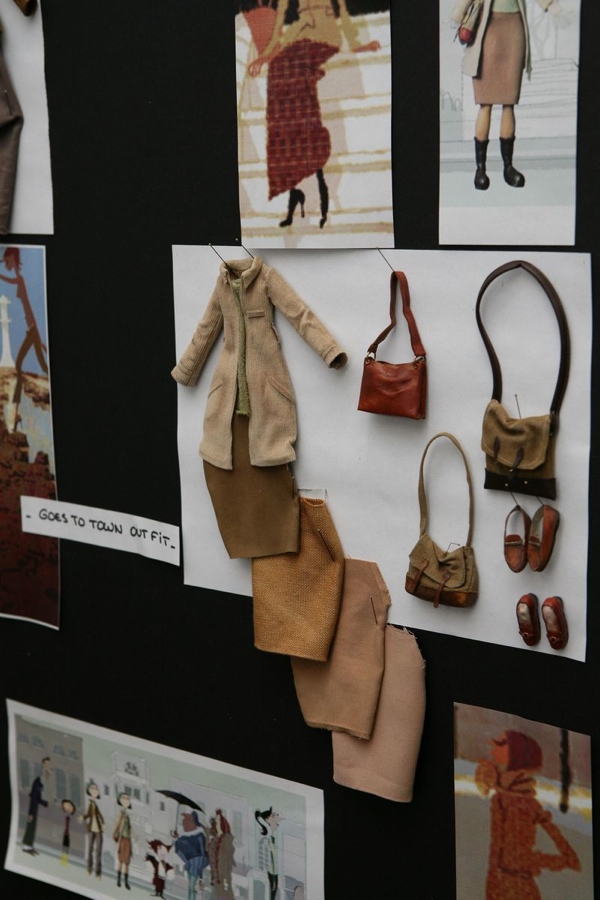 When it comes to stop-motion animation, the devil’s definitely in the details. As if creating a ninety minute movie by posing tiny figurines one frame at a time wasn’t painstaking enough, Coraline’s miniature costumes were also completely hand-stitched.

That eye-catching, star-spangled blue jumper that Coraline wears? It was knitted by Althea Crome, who was hired to create every piece of clothing that would be worn in the film—including underwear. It took Crome between six weeks and six months to knit the jumpers for the film, depending on the intricacy of the design.

“I think knitters are often fascinated with the fact that I use such tiny needles,” she says. “Some of the needles are almost the dimension of a human hair.” You can watch her at work here. 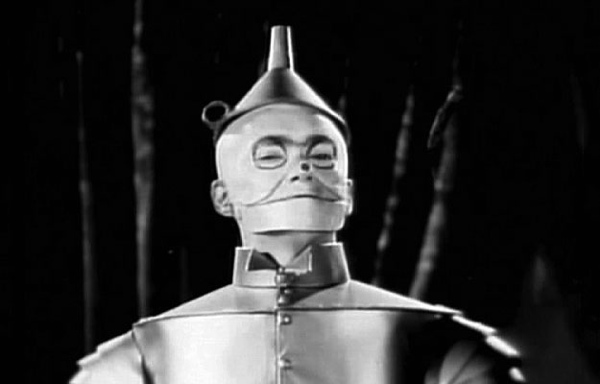 This one’s the thing of movie legend. When Buddy Ebsen accepted the role of the Tin Man in The Wizard Of Oz—after initially landing the role of Scarecrow—he was subjected to numerous costume tests in order to attain the right look for the character.

Eventually, he wore white face paint that was coated in aluminum dust. But nine days into shooting the film, Ebsen complained of shortness of breath, cramping and eventually the inability to breath and was rushed to hospital in an oxygen tent; where he remained for two weeks. After some tests were completed it turned out he was having an allergic reaction to the aluminum dust in his makeup.

Ebsen was swiftly replaced by Jake Haley and the costume was changed (the aluminum was blended into the white paint, rather than speckled on top). In a much happier development, during scenes in which Haley was squirted with oil, the crew actually used chocolate sauce as it looked better on camera. 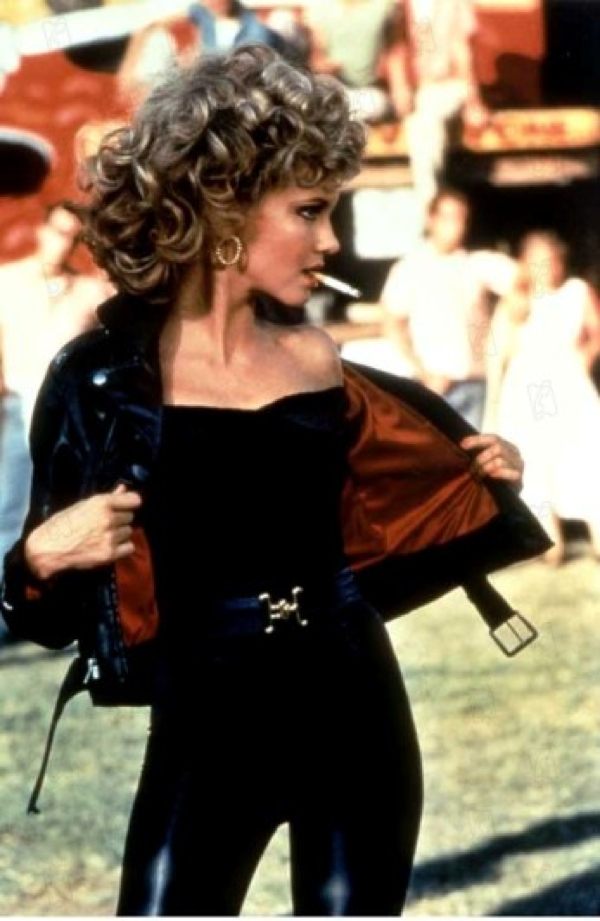 It’s one of the most famous scenes in movie history; innocent wallflower Sandy (Olivia Newton-John) breezes into a fairground to show off her transformation into a black-wearing babe.

In reality, that iconic costume was a nightmare for the actress, whose skin-tight trousers were so tight that she had to be sewn into them.

Not only that, but Newton-John wasn’t allowed to go to the toilet during the day because it would mean putting the crew on hold while she was unstitched and then re-stitched up again. Talk about commitment. 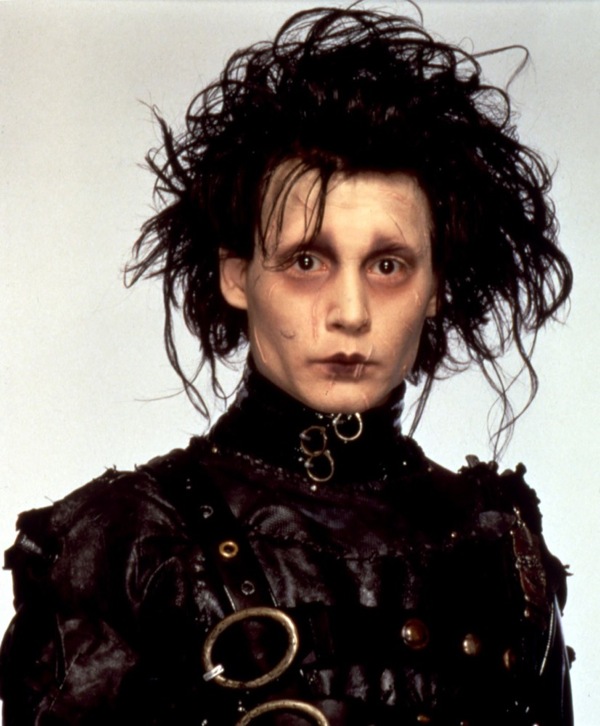 Tight, creaky leather. A big fright wig. Oh, and the scissors of course. Johnny Depp was almost unrecognizable in Tim Burton’s sixties-set fairytale, which puts him front and centre as a tragic Frankenstein’s monster-style creation who changes the lives of little American suburb-dwellers.

Though Depp’s costume looks restrictive and uncomfortable, every effort was made to minimize his discomfort for those long shooting days. That meant installing Depp’s outfit with a special cool suit that would stop him over-heating in the baking Florida sun. Despite these efforts, the actor would still have to rush over to special fans after finishing a scene in order to cool down further still.

Other than latex and leather, parts of the costume were also made from bits of an old sofa from Tim Burton’s first apartment. Clearly he knew there’s no art without suffering. 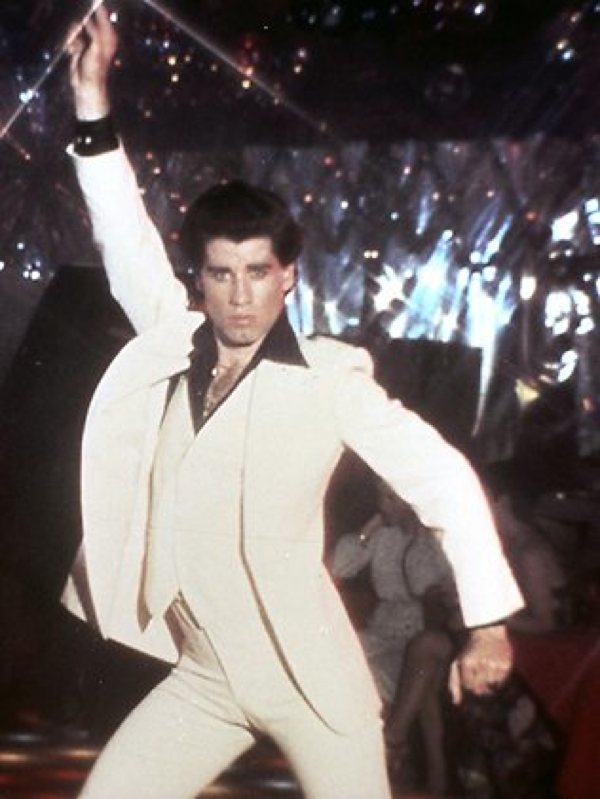 John Travolta became a (brief) style icon in the late seventies thanks to his figure-hugging wardrobe in Saturday Night Fever.

Hard to believe, though, that as the film went into production, disco was dying such a sudden death that Travolta struggled to find suitable clothes to play foot-tapping dancefloor-hogger Tony Manero.

Tasked with sourcing his own costumes, he was forced to root through boxes in the back of Greenwich Village stores in order to find the platform shoes and bell-bottom trousers the role demanded. The iconic white three-piece suit everyone pictures when thinking of John Travolta in this film was bought very cheaply from a men’s clothing store in Brooklyn.

Top 10 Amazing Actors Who Are Always In Awful Movies