We love history, especially anything that has to do with the ancient Romans. We’ve had a few lists about this unique civilization in the past, but there’s just so much fascinating information about them that we’re still discovering. Here are 10 more incredible things you probably never knew about ancient Rome. 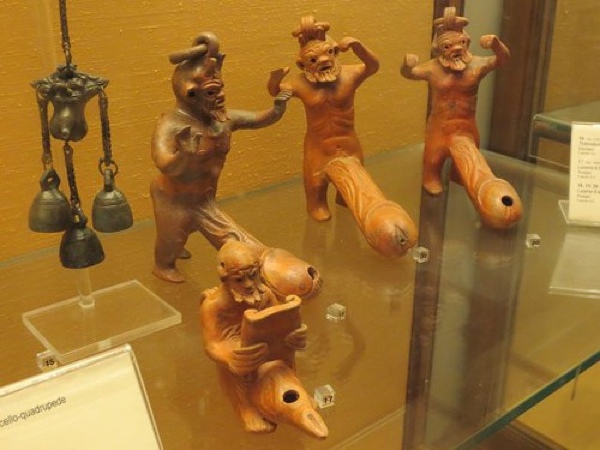 Romans were many things—influential, civilized, powerful—but they were also downright superstitious about certain things. One of the good luck charms of ancient Rome was the phallus—a very Latin way to say erect penis.

There’s evidence that the phallic symbolism was a very integral part of Roman life. They wore phallus charms as necklaces, hung them in their doorways, and even made wind chimes to ward off evil spirits. Sometimes the phallus was embellished as well—those wind chimes have been found with the feet of a lion, the wings of a bird, and the head of, well, a penis. If someone hung that up in their house today, they’d probably be arrested as a sex offender. 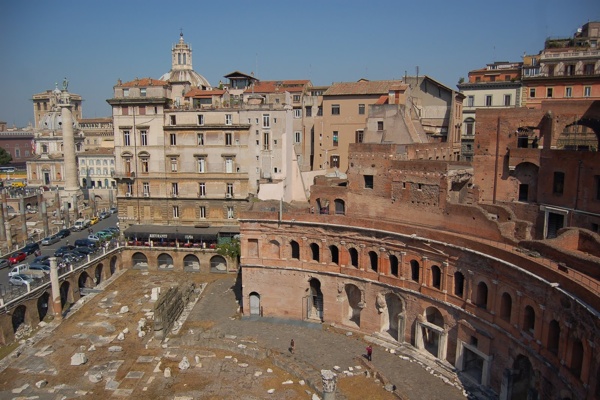 Fact: They Invented The Shopping Mall

Trajan’s market was a massive open building in ancient Rome that is probably one of the world’s first examples of something we usually associate with the 20th century—a shopping mall. And while today’s malls probably wouldn’t stand up against even a mediocre hurricane, the Roman building is still standing more than 2,000 years later.

The two level building was located in the center of what used to be the main city of Rome, and is large enough to hold roughly 150 different shops. The reason it has weathered so well is because of the innovative way Romans made concrete for their structures—they were one of the first to start mixing lime in with concrete to protect it from corrosion.

Medically speaking, the ancient Romans were simultaneously well ahead of their time and utterly insane. Here’s one of the more insane examples: it was believed that the blood of a gladiator could cure epilepsy. It got so out of hand that after a gladiator was killed and his body removed from the arena, vendors would sell the still-warm blood to the crowd.

And for some reason, the fact that it came from a gladiator wasn’t even the most important thing. Around A.D. 400, gladiatorial combat was outlawed, so people began turning to the blood of executed criminals for their cure. 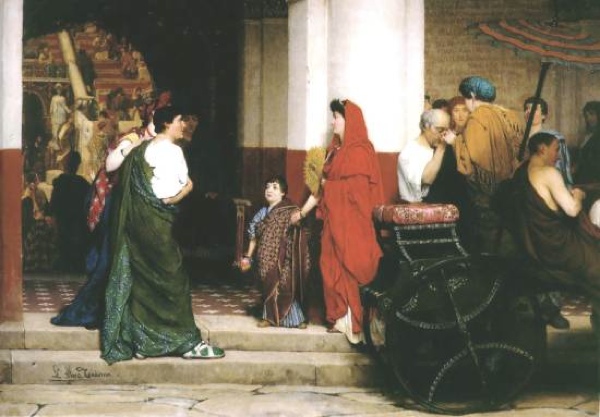 Left-handed people have gotten a bad rap all throughout history. Early Europeans used the term left-handed to refer to homosexuals. In Ghana if you point with your left hand it’s considered an offense, and in ancient Rome left-handed people were considered unlucky and untrustworthy. The word sinister actually comes from the original Latin meaning for left, and over time the negativity associated with left-handed people pushed the meaning more towards evil.

Interestingly enough, left-handed gladiators were treated like special bonuses—left-handed people used different fighting styles, so it made the combat more interesting and varied. 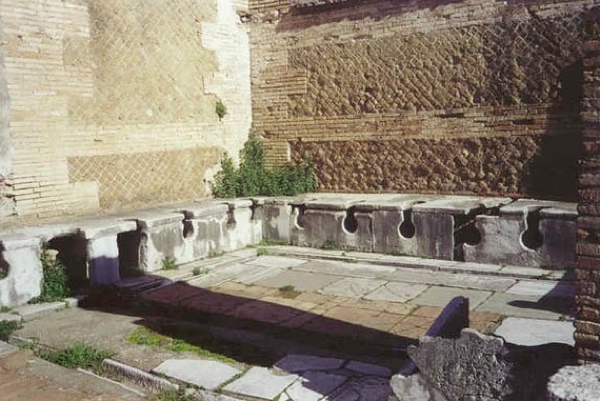 One of the great things about ancient Rome, as compared to other civilizations, is that many records still exist from the time, giving us some insight into the way they worked. And man, were they weird. In the first century A.D., Emperor Vespasian enacted what came to be known as the urine tax.

At the time, urine was something of a commodity. Most commonly it was used for laundry (although it was a medicine for them too) because the ammonia in the urine bleached their clothes. So urine was collected from the public bathhouses and given a special tax, sort of like a liquor tax or a tobacco tax—if you were able to produce those things with your own body. 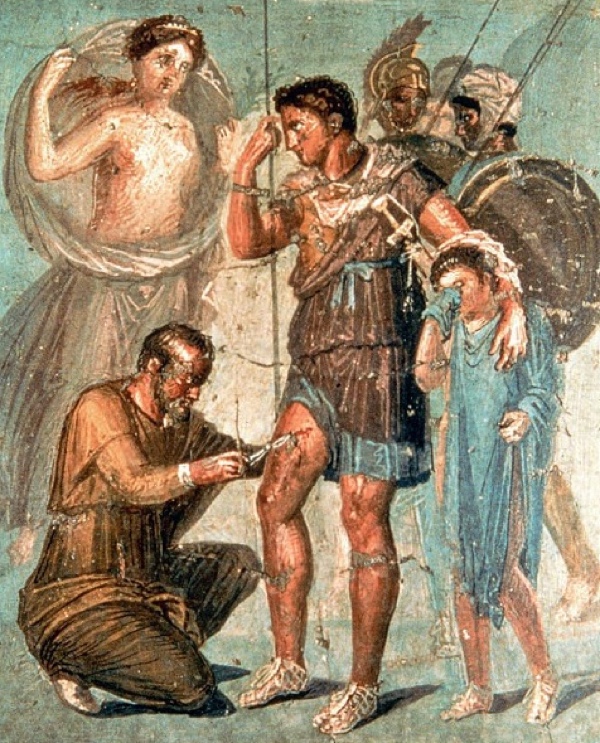 At the time, Rome was at the forefront of modern medicine, almost head-to-head with the Greeks. And while they got plenty of things wrong, they also displayed some incredible intuition when it came to healing. For example, the book Military Medicine: From Ancient Times to the 21st Century discusses how medics in the Roman army would often bandage wounds by using a mixture of cobwebs, honey, and vinegar.

It’s only very recently that we’ve even begun to look into using spider silk as a medical aid—and Romans were doing it thousands of years ago. By weight and tensile strength, spider silk is stronger than steel and could possess antibacterial properties. These guys were geniuses. 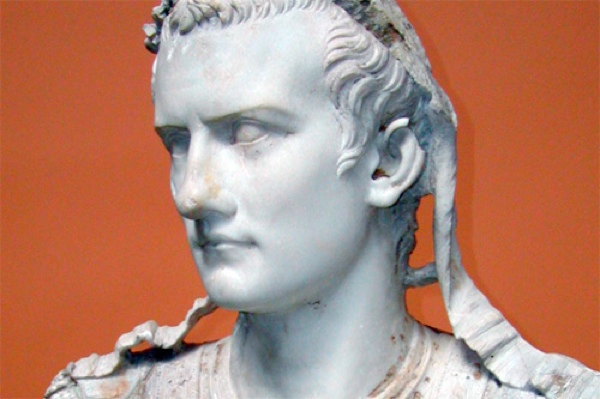 Emperor Gaius, better known as Caligula, might have been one of the most depraved emperors in the history of Rome—at least, based on what we know about him. But what we do know is that he was a few bricks short of an aqueduct, if you know what we mean.

For starters, he was one of the first emperors with truly unlimited power, and he often referred to himself as a god—he even appointed his horse as a priest. Caligula also appeared in public dressed in women’s clothing, and reportedly told his guards to use call-signs that were blatantly feminine, such as “Kiss me quick.” 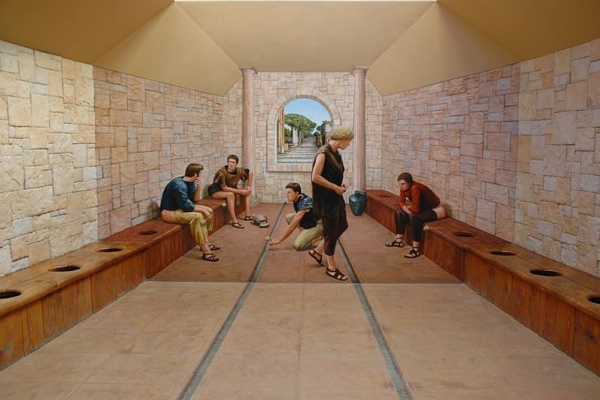 It’s well-known that Romans were responsible for pioneering the sewer system. They were one of the first examples in history to use underground flowing water to wash away waste. But slightly less well-known is the extent to which they took advantage of this. Romans actually had modern conveniences like indoor plumbing and toilets.

Reserved only for the very rich, the plumbing allowed for hot and cold water on demand, as well as toilets that flushed away waste. A lot of the technology still depended on slaves, granted, but it was a huge step forward from what many other people were doing at the time. In the Middle Ages, after the fall of Rome, people still commonly used bedpans that had to be emptied every day. 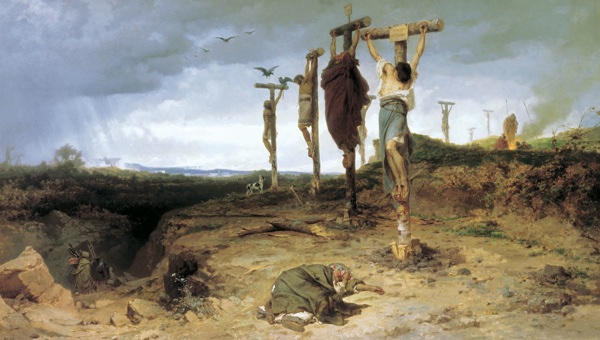 Everybody knows what a crucifixion is all because of one story, but it was actually a common punishment in the days of ancient Rome—as long as you committed treason or weren’t a citizen. Those were practically the only two offenses for which Romans would crucify anybody. If a Roman citizen committed a crime, no matter what it was, he was usually exiled or given a fine.

However, if a non-citizen was caught in a criminal act, even just petty robbery, there’s a good chance they would have been crucified. 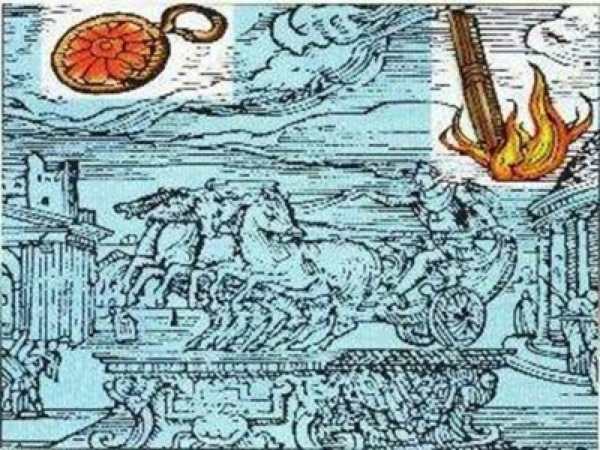 Fact: Romans Recorded Some Of The First UFOs

One of the first recorded examples of a UFO actually came from Rome, although most people tend to think of them as a modern phenomena. In 218 B.C., a written account reports that a fleet of gleaming ships appeared to be floating in the sky of Rome. That wasn’t the only one, either—in A.D. 150 a report from an area right outside of Rome described “a beast like a piece of pottery about one hundred feet in size, multicolored on top and shooting out fiery rays, landed in a dust cloud.”

What was it really? These accounts come from the publication Unidentified Flying Objects in Classical Antiquity. How valid are they? It’s hard to be sure, but you can’t deny that it’s a pretty weird coincidence. Maybe Elron was right . . . nah, just kidding.