The Church of Scientology is a cult created by L Ron Hubbard (Elron) in 1952 as an outgrowth of his earlier self-help system called Dianetics. Unfortunately there are some problems with the organisation and with Hubbard as a person. This is the top 10 problems with Scientology. 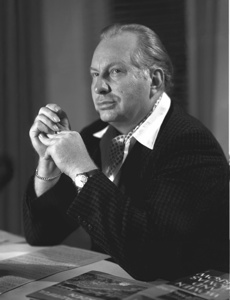 1. Hubbard was a drug abuser

L Ron Hubbard was a drug abuser, which is ironic considering the organisation is very anti-drugs and even runs an organisation called Narconon to help people get off drugs. This from the Narconon website: Narconon is a non-profit drug rehab program dedicated to eliminating drug abuse and drug addiction through drug prevention, education and rehabilitation. I am not sure how much you can trust an organisation to help you with the very problem its founder suffered until his death.

Here is a quote from Hubbard’s son Ronald deWolf:

“I have personal knowledge that my father regularly used illegal drugs including amphetamines, barbituates and hallucinogens. He regularly used cocaine, peyote, and mescaline.” — Ronald DeWolf a.k.a. L. Ron Hubbard, Jr. Affadavit in Schaick v. Church of Scientology, US District Court Mass., No. 79-2491

Whatever your opinion of Scientology may be, the truth is even more extreme. Get all the unsettling facts in Inside Scientology: The Story of America’s Most Secretive Religion at Amazon.com!

2. Hubbard was a liar

Hubbard also claimed to being a war hero – this was not true. In an eighteen month period, Hubbard was relieved of duty three times.

3. Hubbard was dishonest in his marriage

When Ron’s wife Sara filed for divorce in 1951, she claimed that Ron was married when he married her. You can view the court document here.

That in the early part of 1946, plaintiff, then age 21 and unmarried, resided with her family in Pasadena, and at the University of Southern California, that at said time, defendant L. Ron Hubbard, hereinafter referred to as “Hubbard”, was a married man, age 35, he being then married to Margaret Grubb Hubbard of Bremerton, Washington, they having two children; that said Hubbard represented to plaintiff that he was single and unmarried. [Stamped: FILED Apr 23 1951, Harold Cecily, County Clerk] 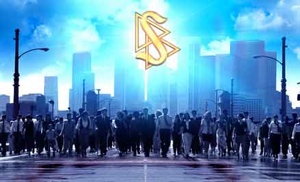 4. Hubbard was a criminal

In 1979, whilst not living in France, was found guilty of fraud and sentenced to four years in prison. You can read sections of the court record translated into English here.

“… the french group of scientology was presenting itself falsely, as it sells services … and never its leaders did indicate that there was any possibility of failures…”

Even more telling is this quote from the same court record:

“Whereas it is proven fact that that method’s application was unable , used alone, to ensure the success in trade or in job, that it was in fact a mere hope of chimerical events, fallacious promises, those having done such promises being very aware that they could not be done…”

The worst of these tricks is called Fair Game. The organisation claims to have ceased using fair game but many people have experienced harassment since that claim was made. What is fair game?

As part of this fair game, Scientology members have created and distributed pamphlets full of lies and slander against people who have publicly protested against them.

In the recent Panorama documentary you can actually see one of the leaders of the organisation in Florida slandering a man who is speaking to a reporter about the group.

Wikipedia explains this the best: Lisa McPherson (February 10, 1959–December 5, 1995) was a Scientologist who died of a pulmonary embolism while under the care of the Flag Service Organization (FSO), a branch of the Church of Scientology.

Following her death the Church of Scientology was indicted on two felony charges “abuse and/or neglect of a disabled adult and practicing medicine without a license”,[source] putting under trial the nature of Scientology beliefs and practices.[source] The heated controversy included regular pickets outside Scientology offices on or around the anniversary of her death until the year 2000. [source]

The charges against the Church of Scientology were dropped after the state’s medical examiner changed the cause of death from “undetermined” to an “accident” on June 13, 2000. [source]

A civil suit brought by her family against the Church was settled on May 28, 2004. [source]

7. Scientology is a rip off

When you first start out in Scientology, you pay about $15 dollars per course. You get about sixteen hours of “treatment” for that price. It sounds like a bargain. However, this is the last time you will see such a low price at the organisation.

The first series on the Hubbard hierarchy, auditing or processing, consists of several courses or grades, which enable a “preclear” to become a “clear.” If each course is taken separately, it costs approximately (the prices are always changing) $750 just to go from O-IV grade, $500 for the next one, $1,200 for Grade V (“Power Processes”), $775 for Grade VI, $600 for “Solo” (in which you audit yourself) and finally $800 for the final “clear” or a total of approximately $4,625, although package deals bring the price down a bit lower. For an extra $2,850 you can go on to OT level VIII. Interestingly, the group are planning to release a new OT IX very soon, which will no doubt cost a great deal more.

The Church of Scientology is opposed to psychiatry in a big way. The offer an alternative to psychiatry which has no founding in science whatsoever. The organisation has this to say in its psychiatry FAQ (This is the URL – I do not want to link it so you should copy and paste it if you want to have a look: http://faq.scientology.org/psychtry.htm).

“What the Church opposes are brutal, inhumane psychiatric treatments. It does so for three principal reasons: 1) procedures such as electro-shock, drugs and lobotomy injure, maim and destroy people in the guise of help; 2) psychiatry is not a science and has no proven methods to justify the billions of dollars of government funds that are poured into it; and 3) psychiatric theories that man is a mere animal have been used to rationalize, for example, the wholesale slaughter of human beings in World Wars I and II.

A number of psychiatrists have strongly spoken out against the Church of Scientology. After Hubbard’s book, Dianetics: the Modern Science of Mental Health was published, the American Psychological Association advised its members against using Hubbard’s techniques with their patients. Hubbard came to believe that psychiatrists were behind a worldwide conspiracy to attack Scientology and create a “world government” run by psychiatrists on behalf of the USSR.

Hubbard also decided that psychiatrists were an ancient evil that had been a problem for billions of years. He cast them in the role of assisting Xenu’s genocide 75 million years ago. 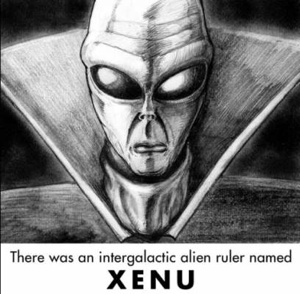 Scientology is entirely man made. It is the invention of one man: L Ron Hubbard, science fiction writer. It has no basis in reality and teaches such concepts of aliens attaching “thetans” to human bodies by means of nuclear bombs in various mountains around the world.

When questions about Xenu (the evil overlord that comitted this act) Scientologists deny it, but leaked documentation verifies that it is, indeed, a part of their belief system.

Scientology, through its narconon organisation and auditing, tricks people into believing that they are getting help. They instruct people not to take psychiatric medicine (even in the case of sufferers of schizophrenia or other physically based mental disorders).

10. Scientology is a secret organisation

The Church of Scientology closes guards its secrets. On the few occasions that they have managed to leak on to the internet, the organisation quickly follows with lawsuits and threats. If you search for the OT level documents now, you will not find a copy (except for the first two which are available as court records). The swift and calculated responses from the group have managed to do what no other organisation or government has done – censor certain information from the internet. You can find out how to make a bomb on the internet, but you can not find out what you have to do to pass OT level VIII in the Church of Scientology.

Ironically, considering they are so secretive, it does not stop them using information taken from people they audit against them if they turn on the group. This would be the same as a person confessing to a priest, leaving the Church, and having the priest publish their confession on the internet and hand out fliers.

At all costs, avoid the Church of Scientology.