Dead people and skeletons are often the last thing we expect at tourist attractions—at least most of the time. While some places are visited for their human remains, most aren’t. Nonetheless, there are some vacation destinations that happen to have dead people or skeletons lying around.

Some tourist attractions discreetly contain bodies that tourists may not even realize are there. In other cases, the remains are in the full view of the visitors, who just pass by them as if they’re another artifact. Here are ten tourist attractions filled with human remains. 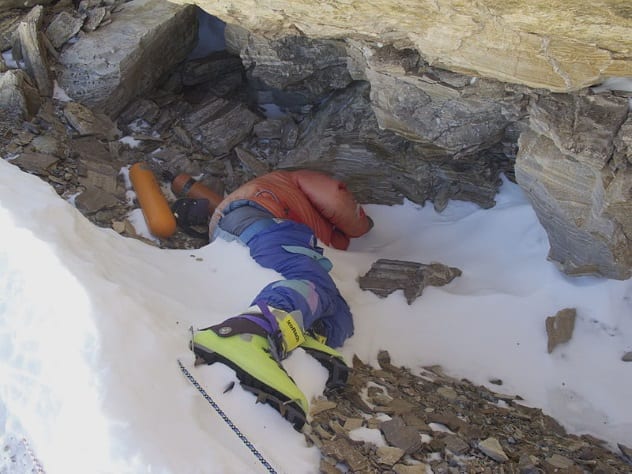 Mount Everest is littered with lots of dead bodies. In fact, the north side is filled with so many bodies that it has been unofficially renamed Rainbow Ridge, after the colors of the clothes and gear of the numerous tourists and Sherpa guides who’ve perished there. The total number of bodies on Everest is unknown, but the figure was put at over 200 as of 2015.

One popular corpse is that of Tsewang Paljor. His body has remained on Everest since he was killed in a blizzard in 1996. Paljor is called Green Boots because he wore green boots. He has become so well-known that the enclave in which he froze to death is called Green Boots’ Cave. The enclave is a popular resting point for climbers descending from Everest.

Bodies are often left on Everest because of the cost and dangers involved in recovering them. Between six and eight Sherpa guides are required to retrieve a body from Everest. The bodies are always heavy, sometimes up to two times the victim’s weight when alive, because they are frozen. Sherpas often need to dig around the body and carry it with the ice. Retrievals cost thousands of dollars.[1] 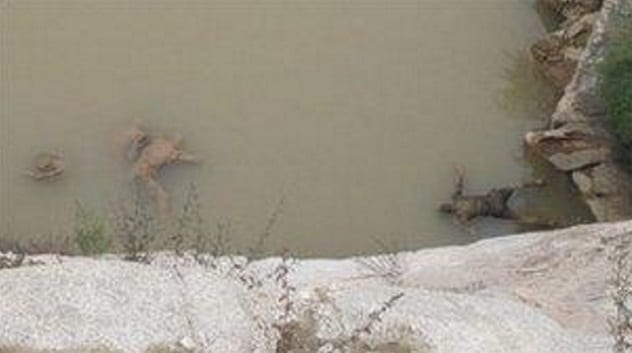 China’s Yellow River is always filled with the remains of people who committed suicide, drowned while swimming, or were dumped in the river after they were murdered. The government is uninterested in retrieving the bodies, causing creative entrepreneurs like Wei Xinpeng to retrieve the cadavers for money.

Xinpeng has noted a footbridge where bodies that end up in the river cannot pass. He paddles to the footbridge with his boat and pulls out any corpse he finds. He keeps the bodies in a cove and then takes out newspaper ads describing them.

Families pay a small fee to confirm if the body belongs to a relative. When it does, they pay another $500 to take the remains. As of 2010, Xinpeng said he’d found 500 bodies within seven years. Nine years later, we wonder how many more he has found.[2] 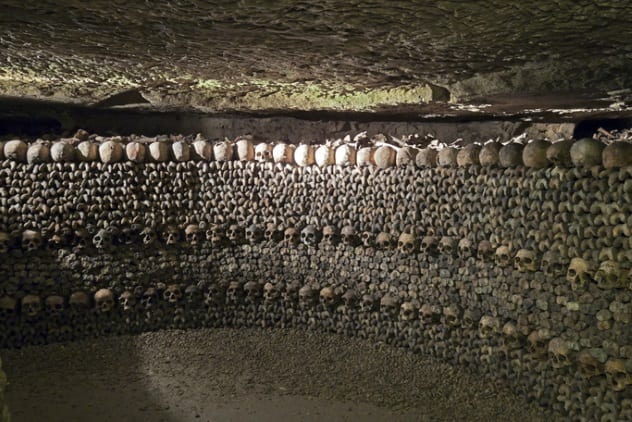 In the 18th century, the city council of Paris realized they were running out of cemetery space. So they agreed to turn the quarries underneath Paris into a catacomb and fill it with the remains of over six million people buried in cemeteries scattered across the city.

Many visitors never get to see the millions of bones and skulls that lie along the 2 kilometers (1.2 mi) of tunnels which are part of a tour. The tunnels can be reached by a staircase that leads further down into the catacombs. At the end of the tour is another staircase that leads to the upper sections of the catacombs. Tourists are said to be often covered in bone dust at the end of the journey.[3] 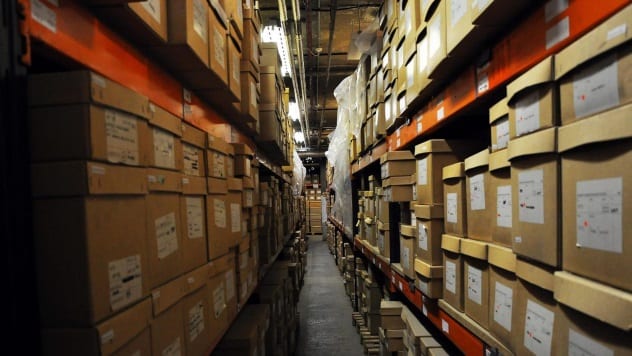 Roughly 20,000 skeletons are kept in an underground vault in the Museum of London. The vault is built with concrete walls and hidden from tourists. It is called the Centre for Human Bioarchaeology and is believed to be “the largest single collection of stratified human remains anywhere in the world in one city.”

The skeletons belonged to people who died from when the Romans ruled over Britain up until the 19th century. They are stored in cardboard boxes that are labeled “human skeleton” or “human infant skeleton,” in the case of infants. The museum keeps the bodies to study the history of London.

For instance, historians know that the people of the Middle Ages had better teeth than the people during the Age of Discovery after analyzing their skeletons. The latter had bad teeth because they ate lots of sugar.[4] 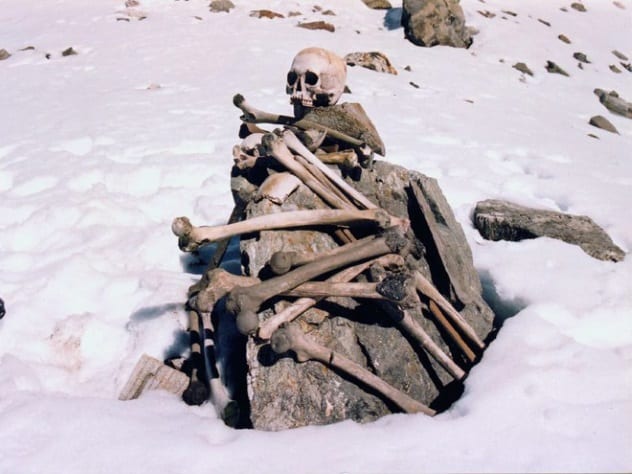 Roopkund lake in Uttarakhand, India, is known for its skeletons. The lake is often covered in ice. But when the ice melts—as it often does—tourists are treated to a chilling view of over 200 human skeletons scattered along its edge.

The skeletons were first discovered during World War II in 1942. The skeletons have dents on their skulls and shoulders, indicating that they had been struck by something from above. The British initially suspected they were the remains of Japanese soldiers who attempted to sneak into India.

They later realized the skeletons were too old to be the Japanese. Historians revisited the lake in 2004 and confirmed that the bones belonged to two groups of people killed by hailstones around AD 850.

One group was a family or tribe, while the other were either their porters or guides. The party was crossing the area when they ran into an hailstorm. They had no place to hide and died after they were continually hit by cricket ball-sized hailstones.[5] 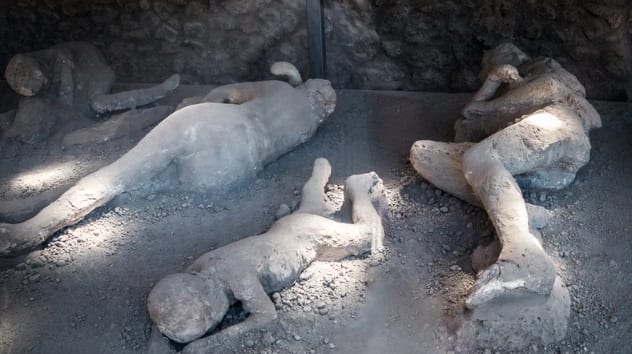 Mount Vesuvius erupted around noon on August 24, AD 79. The eruption threw hot ash into the air and down onto the cities of Pompeii and Herculaneum. The ash fell on people and homes, blocking doors and causing roofs to collapse. It also filled the roads, further preventing people from escaping.

While thousands braved the ash and escaped, thousands more remained in their homes, where they cowered in fear and covered their heads with pillows. Whoever survived the falling ash and collapsing roofs was dead the next morning when a pyroclastic flow came pouring down the sides of the mountain.

Pompeii was forgotten until it was discovered in 1738. Excavators got to work and soon realized that the skeletons of the people killed during the AD 79 eruption were surrounded by empty spaces in the shape of what used to be their bodies. So they began pouring plaster of Paris into the spaces around the skeletons.

Today, we have hundreds of casts of the remains of people who died during the infamous eruption. There are also the plastered remains of a pig and a dog. The casts clearly show the faces and features of the people and animals—just as they were at the moment of death.

Around 1,150 bodies have been excavated from Pompeii as of 2015. However, historians believe over 2,000 people died in Pompeii. Considering that only three-fourths of Pompeii has been excavated, there are probably still more skeletons underground.[6] 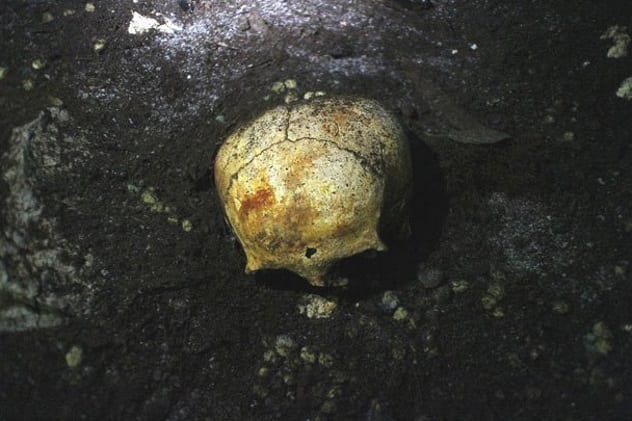 A cenote is a sinkhole filled with water. It is created when weak limestone ground collapses to expose the cavern underneath. Mexico’s Yucatan Peninsula has lots of cenotes that are top tourist attractions. However, the Sac Uayum cenote stands out because it contains the remains of dead people and animals.

Sac Uayum was feared by the ancient Maya and is still feared by the locals, who have lots of folklore advising anyone against entering the cenote. In 2013, a team of archaeologists led by Bradley Russell dared the supposed dangers and decided to go into the cenote to investigate.

They discovered it is filled with skulls and bones of humans and cattle. They found 15 skulls but believe there are more. Some of the skulls are flattened, indicating they were from the Mayan civilization. While they suspect that the cows fell into the hole, they could not confirm how the humans ended up in the cenote.

The archaeologists know the cenote was never a cemetery and that the humans were never used as sacrifices. They think the people were possibly buried there temporarily because the Mayans believed in reincarnation. Alternatively, they could have been plague victims dumped there to prevent them from infecting the living.[7]

3 The Great Wall Of China 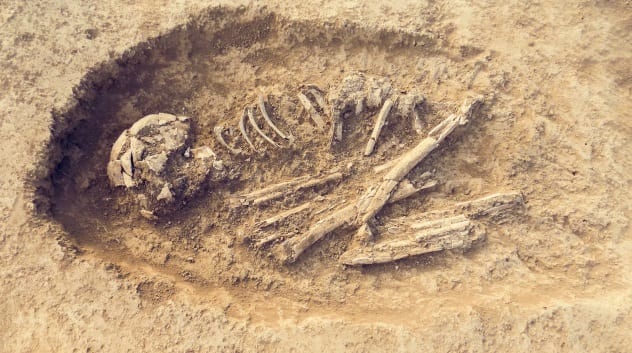 The Great Wall of China, totaling some 21,000 kilometers (13,000 mi) altogether, is probably the most popular structure built in ancient China. It was built by several emperors, starting with Qin Shi Huang circa 221 BC. However, most of what remains of the wall today was built during the Ming dynasty (1368–1644).

Convicts and soldiers formed the bulk of the workforce at the time Emperor Qin Shi Huang ordered the construction of the wall. It is estimated that 400,000 workers died during construction at the time. Most of the dead are believed to be buried inside the wall.[8] 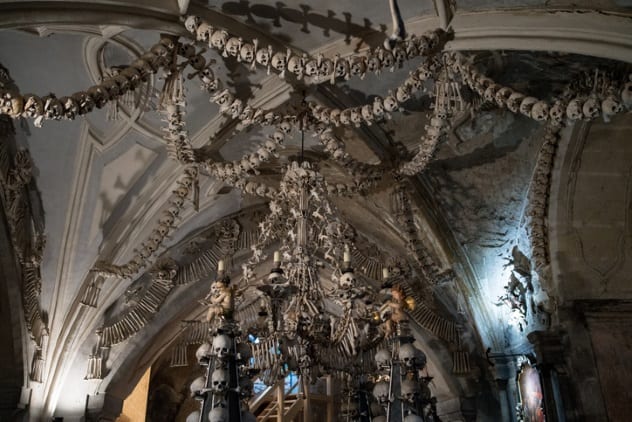 The Sedlec Ossuary (aka The Bone Church) in the Czech Republic is filled with the skeletons of between 40,000 and 70,000 people. The bones are not hidden but left in public view, where they have been turned into artworks. There are pyramids, candle-holders, and a chandelier made with human skulls and bones.

The history of the ossuary began in the 13th century, when a monk returned from a pilgrimage to Jerusalem with some soil. He threw the soil all around Sedlec cemetery. Soon, everyone in today’s Czech Republic and neighboring kingdoms wanted to be buried at Sedlec. More than 30,000 people were buried there before the cemetery ran out of space.

The city agreed to move the bodies into a crypt so that newer bodies could be buried in the cemetery. That crypt is the Sedlec Ossuary. A woodcarver named Frantisek Rint turned the skeletons into artworks in 1870, when he used the bones to create designs. It was he who created the famous chandelier. He also bleached all the bones so that they’d be the same color.[9] 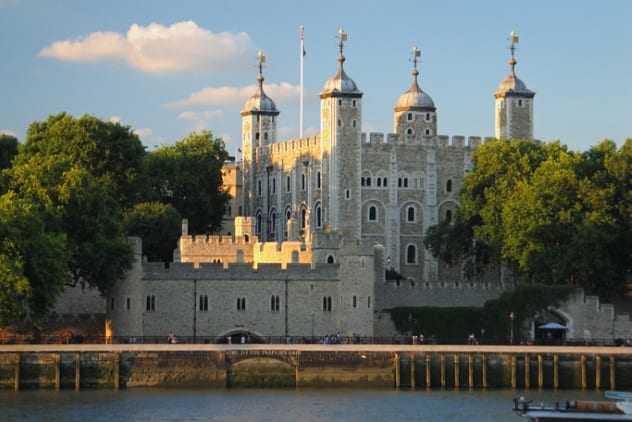 King Edward IV of England died on April 9, 1483. His successor was his son, Edward, who was crowned as King Edward V. But Edward V was only 13, so his uncle, Richard, Duke of Gloucester, was assigned as protector. A protector was a person who ruled until the king was of age.

Richard, Duke of Gloucester, soon got greedy and decided he wanted to be king. He imprisoned Edward V and his ten-year-old brother, Richard, Duke of York, in the Tower of London. Then he claimed Edward V could not become king because he was an illegitimate son of Edward IV.

Several bodies have been found in the Tower of London over the years. Sometime between 1603 and 1614 (or even in 1647 as some sources claim), the skeletons of two children were found on a table in a walled up room.

Read about more unusual vacation destinations on 10 Gruesome Murder Sites That Attract Tourists Like Flies and 10 Of The World’s Deadliest Tourist Destinations.