Many of the poor were villainous; to survive they had to be. They robbed and rioted, grabbed and garroted, stabbed and stole in a world of hangings, disease, crime and easy death. On the other hand, many of the rich were villainous as well. They had to be in order to cling onto their wealth. They were cheating aristocrats and violent teachers who made slaves of servants and indulged in alcohol and drugs. In this list, we are going to see ten villains from all walks of Victorian life, along with their crimes. 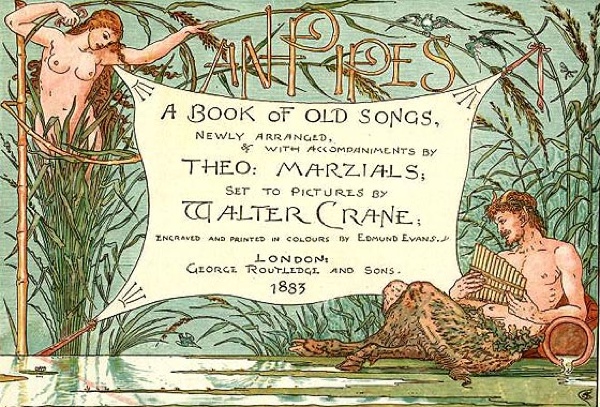 Marzials was a Victorian poet who made hundreds of people suffer when he started reading his poems. Theo is credited for writing quite possibly the worst poem to have ever been written in the English language, which goes by the name of A Tragedy. The ironically named poem, which was published in 1873, lived up to its name exceptionally well, since it has been chosen as the worst ever by Ross and Kathryn Petras in the 1997 book Very Bad Poetry and by the Not Terribly Good Club of Great Britain along with many other writers and critics. If that wasn’t convincing enough, have a read for yourself here. 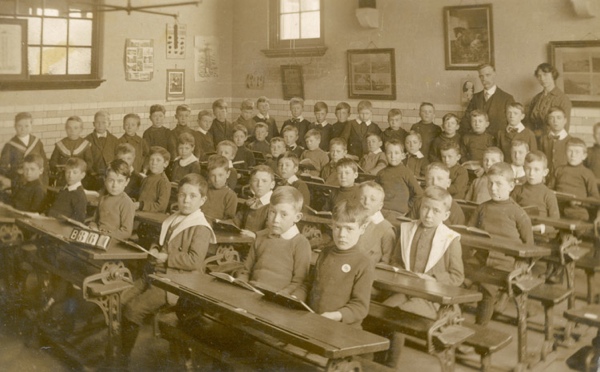 Up until 1869, parents could send their children to school if they wanted to—provided that there was one in the area. Then in 1870 the newly appointed Vice President of the Committee of Council of Education decided that it was time for a change. So wicked William came up with the 1870 Education Act, in which it was stated that from that year onwards, all children were obliged to go to school by law. There are a hundred ways that young people learn—William decided that packing a bunch of children into the same room to learn the same thing at the same time was the best. And today all around the world, we are still stuck with the same wacky idea. Cruel or what? 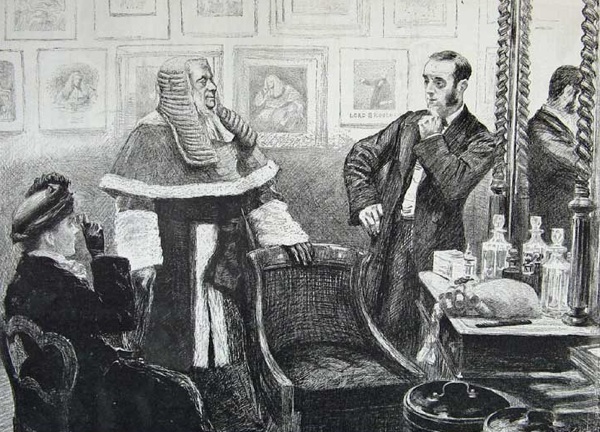 Justice Blackborough was a judge so he was paid very well to do his job. However, Blackborough was also corrupt and greedy so he often bent the law in his favor for personal gain. He was paid more every time someone was set free on bail. When arrested, people bribed him so they didn’t have to spend time in prison while they waited for their trial. Every time Blackborough gave someone bail, he was paid two shillings and four pence, which was a whole week’s wage for a poor flower seller at the time. So sly Blackborough simply had dozens of innocent people arrested, gave them bail and then pocketed the money.

7
George Hudson aka ‘The Railway King’ 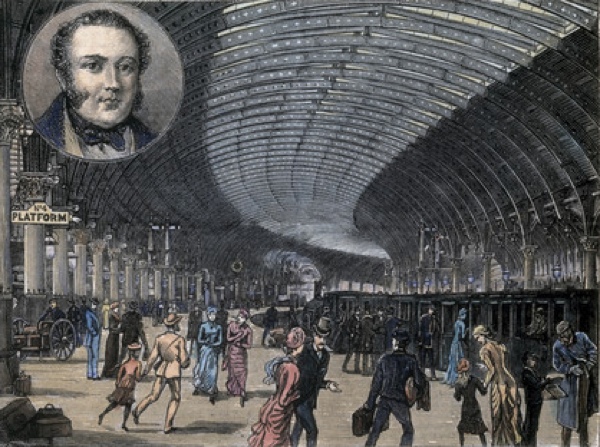 Hudson had over a thousand miles of railways built in Britain and made the Victorian period the golden age of railways. But he was more concerned about how he could make himself rich instead of industrializing the country. He lied and cheated to get more money from other people. He would often sell land that didn’t even belong to him. Eventually, dishonest George was found out but hundreds of people still lost their money, because George was the Member of Parliament for Sunderland. This meant that he could get away with anything, provided that he bribed the right people. So George ended up keeping his job, even though the world knew that he was a liar and a cheat. 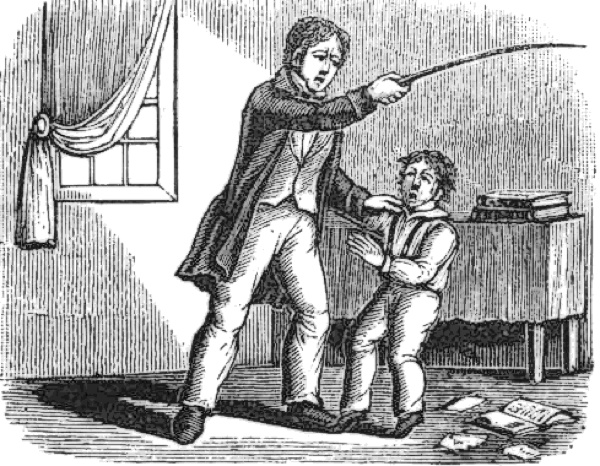 Sneyd-Kynnersley was the head teacher at a public school in Victorian England famed for his extreme violence by flogging his students. One of his pupils was Roger Fry who described the beatings of the boys:

“In the middle of Sneyd-Kynnersley’s room was a large box covered in black cloth. The victim was told to take down his trousers and lean over the block while I and another boy held him down. The swishing was given with the master’s full strength and it only took two or three strokes for drops of blood to form everywhere. It continued for 15–20 strokes by which time the wretched boy’s bottom was a mass of blood. Generally the boys took in in silence but sometimes there were scenes of screaming and howling and struggling, which made me almost sick with disgust.

And that wasn’t the worst. There was a wild, red-haired Irish boy, a cruel brute himself, who was punished. Either it was deliberate or he had diarrhea, but he let fly. The angry headmaster, instead of stopping, went on with even more fury till the ceiling and the walls of his room were covered with filth.”

And you thought your teacher was bad? 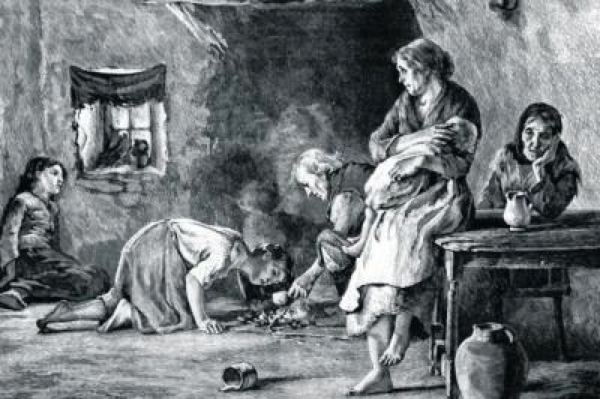 Crime: Robbing the poor and needy.

The MacDonald clan is one of the largest clans in Scotland, concentrated in the Highland and Islands regions. However, back in Victorian times, the clan was struggling for survival. They were starving in the 1848 Scottish famine, but there was cheap food available for them in Liverpool. The Scottish chieftain decided that he would buy all of the provisions available. But instead of giving the food to his people, heartless Lord MacDonald sold it for twice as much as he had paid. The Lord then simply pocketed the money, while his people starved to death. 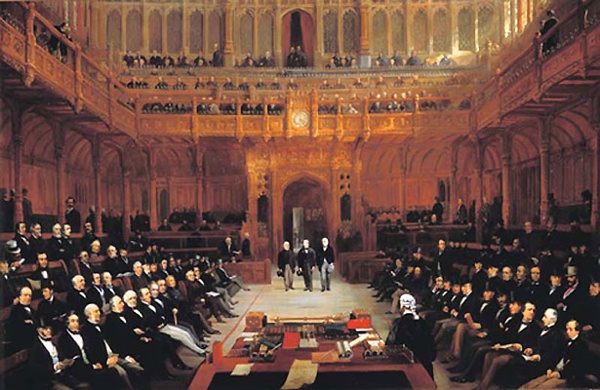 Unfortunately for the poor, the government was run by the rich, so the laws they made were all for the rich. (In fact, the government even started a series of wars, known as the Opium Wars in China to look after the rich British opium dealers.)

When there was suffering, it was usually the ordinary people who suffered. The poor were punished for petty crimes (even children), and were left to rot in the slums to die of disease. And the government was criminally useless as well. They sent troops to fight in the Crimean War against Russia, but rather carelessly they sent them poisoned meat and ill fitting clothes. In fact, all the boots they sent to their soldiers were unwearable because they were all left-footed! 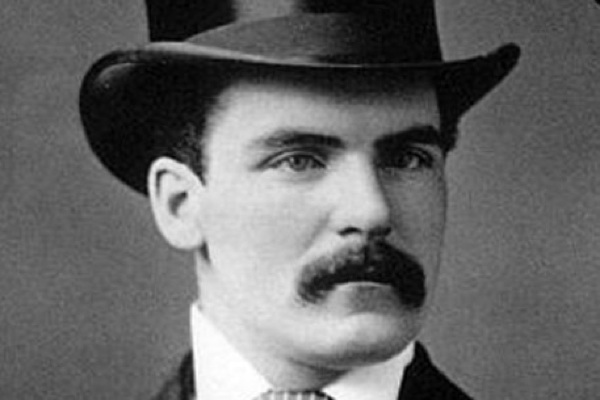 The Victorian age was the age of the poisoner, and Neill Cream was one of the deadliest. Dr. Cream went to prison in the United States for murdering three women and a man. But they released him so he could come back to Britain. He offered tablets to girls saying that they were cosmetics which would make them beautiful. They made them corpses instead. Cream then offered to help the police to catch the killer of one of his victims—apparently he had a twisted sense of humor. In April of 1892, he emptied the posh Metropole Hotel in London by printing and sending out a notice to all the guests under a manager’s name. It read:

Ellen Donworth’s Death
To the guests of the Metropole Hotel

I hereby notify you that the person who poisoned Ellen Donworth on the 13th of October last year is today working at the Metropole. Your lives are in danger as long as you stay in this hotel.

Eventually Cream was discovered and sentenced to hang. As he was hanged, he cried, “I am Jack the Ripper!” However, when Jack the Ripper was murdering girls in London, Neill Cream was imprisoned in America, so his claims were ignored. Ultimately, Dr. Cream killed more people than the infamous Ripper. 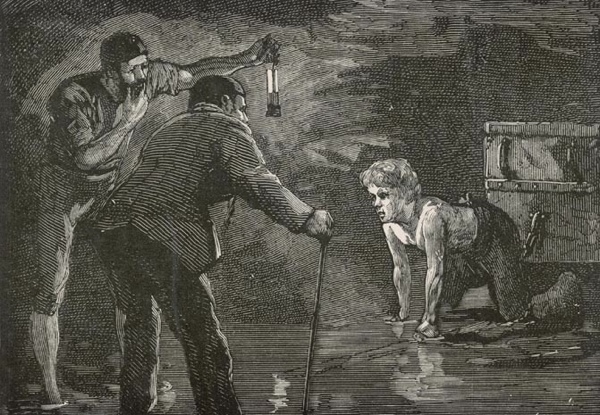 The Londonderry family owned a lot of land in the north of England. When coal was discovered on their land, they made a fortune. However, the men, women, and children who dug the coal out were treated worse than animals. Lord Londonderry made £61,364 in a year from selling coal, while his workers were lucky to make £8 a year! The miners hated the Londonderrys so much, that they went on strike for better pay. Lord Londonderry simply threw them out of their homes, sold their land and replaced them with other cheap workers so the coal could continue to be mined. During an explosion at a colliery, Lord Londonderry ordered the mine managers to block off the mine shaft so the coal could be saved. The men left underground were left to die. Another story tells of a disaster which killed 95 men in one of the mine’s pits. The miner’s wives and children were paid just one week wages for their dead husbands. The rest of the town raised £4,265 for the families, while Lord Londonderry refused to give another penny. 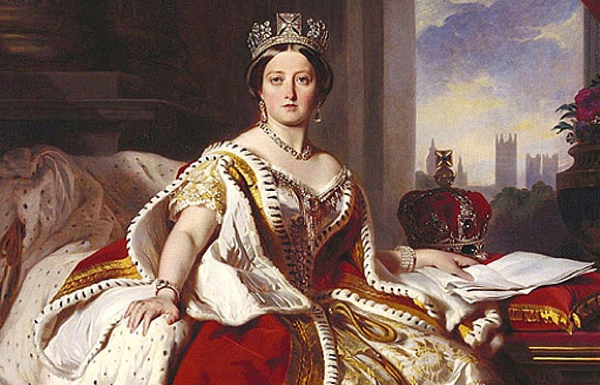 Victoria took the throne and all the wealth that went with it. While most of her people had to work hard to earn their money to ensure their survival, Victoria did nothing. In fact, after her dear husband died she spent forty years hidden away from the people she was supposed to lead—but she still took their money in the form of taxes. She was amused while millions of her people slaved in the mines and in the factories, shivered in the slums and the workhouses, and starved to death from poverty.

Christian is a freelance writer, and spends way too much time blogging, writing and sketching. When he’s not on the Internet, he’s usually studying to get into Architecture school, getting his head around Photoshop, obsessing over fashion, and listening to music. Maybe once exams are over he’ll finally have a chance to publish his novel. You can read his tumblr here.