Countries are many and varied but one thing they all have in common is their position in a time zone. Without these invisible lines of longitude the world would be a very different place. Your time zone largely dictates when you get up, go to bed, eat and watch your favorite TV show. But time zones contain many inconsistencies as you’re about to find out. 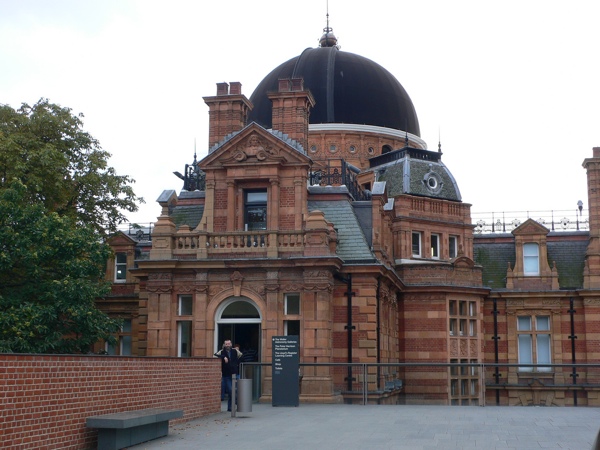 Greenwich Mean Time (sometimes called Greenwich Meridian Time) is the standardized starting point for every time zone in the world. It is measured from the Greenwich Meridian Line at the Royal Observatory in Greenwich, England, and maintains a position of Longitude 0,0,0 and Latitude 51, 28, 38N (North of the Equator). GMT ran from noon to noon the following day but since 1925 the name GMT was replaced with UTC (Coordinated Universal Time) and a day now runs from midnight to midnight. UTC is based on atomic time and is far more accurate than the reliance of solar time from a particular spot on the Earth’s surface. The Earth’s crust is moving and there are variances in the Chandler Wobble of the poles meaning that time needs to be helped—so to speak—to keep it correct. Leap seconds are added to UTC to keep it within 0.9 seconds of astronomical time. On the rarest of occasion a leap second may be removed. UTC became the official standard for world time on January 1st 1972. GMT is the more common term still in use, though. Daylight saving is the process whereby a clock is wound forward an hour (as in the Spring) to make the most of the changing seasons and the amount of available sunlight. As with everything there are exceptions to this rule. Lord Howe island in Australia only puts its clocks forward by 30 minutes instead of the full hour thereby making them GMT/UTC +11 in the Summer and GMT/UTC +10:30 during the winter. Where there is less variance in the amount of daylight there is no perceived need to follow daylight saving as in Hawaii and many parts of Africa. Elsewhere, Arizona observes daylight saving whilst the local Navajo Nation within their borders does not. Instead of the nice, neat lines of longitude running top to bottom around the globe there are many irregularities with a variety of reasons for the variances. An example is where a time zone border follows the border of a country. This occurs around the borders of China and India, both of which have a single time zone across the entire country. 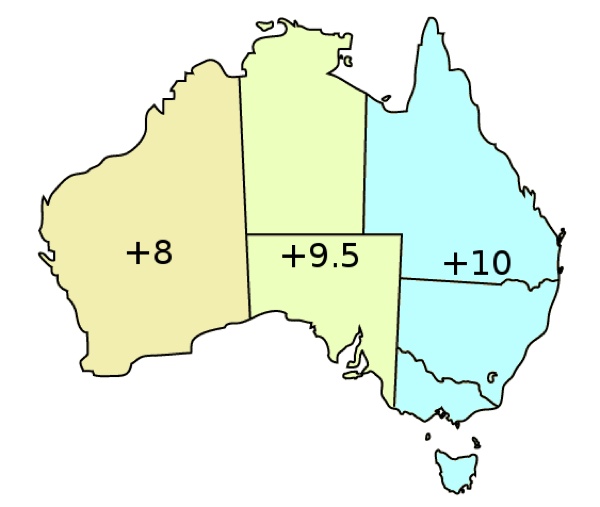 Time zones are based on the vertical axis and longitude since our movement around the Sun means it appears East to West and not North to South. Not everyone wants to follow this natural phenomenon, however. In the business district of Australian city Adelaide on the continents’ South Coast, they should, strictly speaking, be one hour behind their bigger counterpart Sydney. Thus following the established vertical time zone. But for purely commercial reasons they have agreed to observe only a 30 minute difference to Sydney to stay competitive. On top of this, some areas of Australia do not recognize the country’s daylight saving measures giving rise to both vertical and horizontal time zones within their border. Before the standardization of GMT, time was kept, not surprisingly, by looking up into the sky or looking on the ground. Techniques for establishing time varied such as viewing the sun’s zenith at noon or by the shadow cast on a focal point on the ground—the sun dial. Where clocks were available, they were set according to dusk and dawn in that region therefore time varied greatly. This was not a great problem because the limitations of land travel meant time differences had little meaning between places. The advent of better communications and improvements in transport made the need for the standardization of time a precedent.

5
The Sun Is At Its Highest Point At Noon 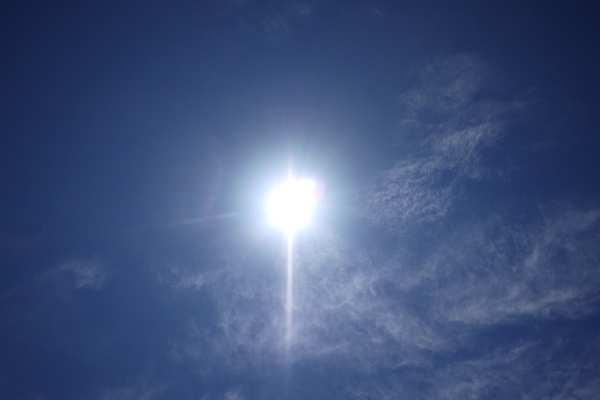 Mostly correct. Except in China for one. There’s approximately 240km between China’s East and West borders but they have adopted only one time zone across the entire country. This ultimately means the Sun will be at its highest point at 3pm in the far West of the country and at 11am in the far East. The origins of this come from the Communist Party of China who took up power after the Chinese Civil War ended in 1949. Prior to this China had 5 time zones from border to border. Kunlun, Sinkiang-Tibet, Kansu-Szechuan, Chungyuan and Changpai time zones. A common time zone was seen as a way of unifying the country and its people. In practice this causes some practical problems for people going about their daily lives. As a way of saving daylight, the people of Xingjiang follow urimqi time and start work four hours later than everyone else. As a result of following the single time zone some places only experience sun up at 10am!

4
The Further East The Later It Gets Correct! Most of the time . . . . Each time zone generally increases their clock by one hour from the time zone behind them. Exceptions to this rule exist. For example Japan. They are two hours behind Vladivostock which is to the West of Japan. So if you travel East from China to Vladivostok you would put your watches forward as expected. If you then travelled East again from Vladisvostok to Japan you would have to put your watches back. Any further journey East means your watch goes forward again. You’re at a low Earth orbit with an approximate altitude of 350km. You’re going to need your own sexy time zone. “Captain’s Log. Star Date 1722.7.” Sadly not. Instead of an astronaut logging important data against a ‘Star Date’ ala Captain Kirk, the ISS uses UTC/GMT. So you’re more likely to hear him/her say “Tuesday, 6:45am. Lumpy porridge, again.” This conference held in Washington back in 1884 decided, via 25 voting countries, that GMT was to be adopted as the standard for World time. The voting ended up being 22 for and 1 against with two abstentions. The Dominican Republic (known then as San Domingo) voted against the final result. The French and Brazilians had concerns and decided to abstain. France adopted the Paris meridian and continued to use this up until 1911 for timekeeping and navigation until 1914. The Brazil contingent argued that a neutral meridian which crossed neither USA nor Great Britain was ultimately preferable. The poor Brazilians left for home with everyone else shouting after them—“There’s always one.”

Wouldn’t it be easier to have just one time zone? China may agree. Isn’t the modern world all about streamlining and making things simpler? The single currency? The universal language? A One World Order . . . . No need to reset our watches when we land and no more jet lag. So here’s why it’s more streamlined to have several time zones. The Earth rotates 15 degrees every hour and for this reason the World is divided up into 24 x 15 degree zones making a nice 360 degree globe. Each zone sets their clocks one hour further than the preceding zone (there are exceptions—See Japan). This equates to the Sun being at its highest point in the sky, in nearly every country, at noon. We know that 9am, in any country, is liable to be light and that 10pm, in any country, is liable to be dark. You could say that you can set your watches by it. Notable exceptions to this are northern Scandinavian countries where they have daylight for 6 months and night for another 6 months. The small island of Markets Fyr in the Baltic Sea is only 300 metres by 80 metres at its furthest points. The countries of Sweden and Finland own this island, half and half. The Swedish side keeps to Swedish time and the Finnish side to Finnish time. Islands are usually prime candidates for irregular shaped time zones so that they are in the same one. Could this be the smallest example of two time zones?