The Aztecs are best known for eating chocolate, killing boatloads of people in sacrifice to their heathen gods and eventually getting beaten by the Spaniards. They are known by most as a warlike, barbaric race, mostly due to the incredible amount of people they killed. However, contrary to popular belief, they were not without culture. The Aztecs had an incredibly complex system social structure and believed strongly in education, family and art. Even their system of slavery was very detailed and not at all like what you would expect slavery to be. In short, while they may have been extremely psychopathic, there is much more to the Aztecs than first meets the eye. Listed below are ten interesting facts about the Aztecs, many of which will challenge the popular ideas in regards to their history. 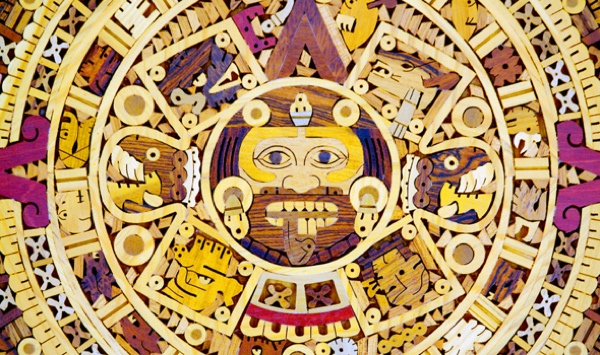 Fact: The Aztecs played sports and were a very artistic people.

Despite the idea in the popular mind of Aztecs being savages, they were a very artistic people. Aztecs were into pottery and sculpting and created many different artistic drawings as well. They designed art for their warriors that were then often applied as tattoo’s to honor them for their accomplishments; they also had a love for poetry.

The Aztecs also played team sports, specifically a game very popular among them called Ullamaliztli. The game utilized a rubber ball, which was a fairly advanced concept for their time and was played on a court called a Tlachtli. The object of the game was to get the ball through a small stone ring; however, it was an extremely difficult game to play. The ball was not supposed to hit the ground, and players could only touch it with their head, elbows, knees and hips (http://www.aztec-history.com/aztec-ball-game.html).

Fact: The Aztecs had mandatory schools separated between boys and girls.

While the Aztecs put strong emphasis on parents teaching their children properly, they also had mandatory public schooling for all children. Those of a noble class had different schools to attend and schools were also separated by gender. Boys of nobility would be sent to the Calmecac School where they learned from the priests about history, astronomy, art, and how to govern and lead. Boys of lower caste were sent to the Cuicacalli School, which was much more focused on preparing them for possible service in the military as warriors. Girls were sent to separate schools and much more of their education was focused at home where they were taught domestic duties such as cooking and weaving.

Fact: Most Aztecs were actually defeated by disease, not war.

While many may attempt to claim that the Spaniards beat the Aztecs through military brilliance, this could not be further from the truth. In fact, the original attacks of the Spanish were thoroughly rebuffed and they had to beat a hasty retreat. The Aztecs actually had a fairly good chance at beating the Spanish and the overall war was a fairly close one. It can be easily said that if not for the smallpox contracted from the Europeans that wiped out so many of them, especially their leaders, that it is extremely unlikely they would have fallen to the Spanish. The amount of harm caused by European diseases was tremendous, it is estimated that over twenty million Mexicans died in a period of just five years due to the diseases brought over by the Spanish. 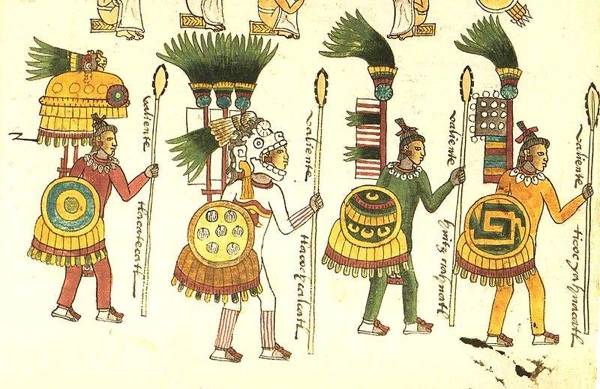 Fact: The name Aztecs was given to them after the fact.

We all know the Aztecs by that name, but it was not actually a name that they ever called themselves. The Westerners who came up with the name Aztecs likely took it from one of the original places that the Aztecs lived around the twelve century, called Aztlan, which was in the Northern part of Mexico. However, the Aztecs themselves actually referred to themselves as Mexica, which is actually where the name for the country of Mexico originally came from. 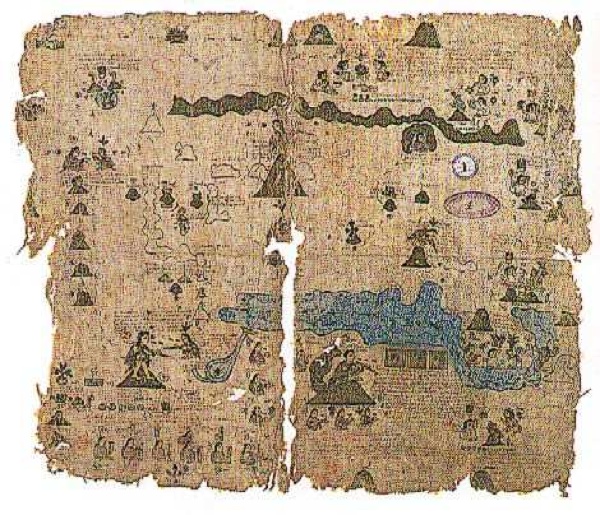 Fact: They had an advanced system for writing and keeping records.

The Aztecs had their own language and it was called N’ahuatl, the alphabet for this language was a form of picture writing. Knowledge on how to write things down was very specialized and was mostly performed by learned scribes and priests, who had the needed training. Records were kept on paper made of bark, or deer skin. The writing was usually performed using charcoal and then colored with vegetables and other substances. They kept tax records, historical records, kept information written down in regards to the religious sacrifices and other ceremonies and even wrote poetry. Sometimes they put their writings together in a sort of makeshift book that they called a codice. 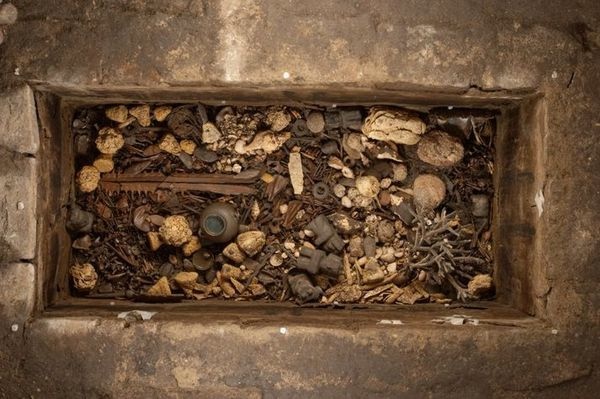 We have all heard the legends in regards to building on top of an Indian graveyard, but the Aztecs cared little about having things built on top of their graves. In fact, the Aztecs made a habit of burying their ancestor’s right under and around their houses. If an Aztec was of very high stature, then they were generally cremated instead. The Aztecs believed that the cremation would change the soul of the dead warrior or ruler and send them straight to their version of heaven. Sometimes the Aztecs would also kill a dog and bury or cremate it with the person so that it could guide them on their journey through the afterlife. 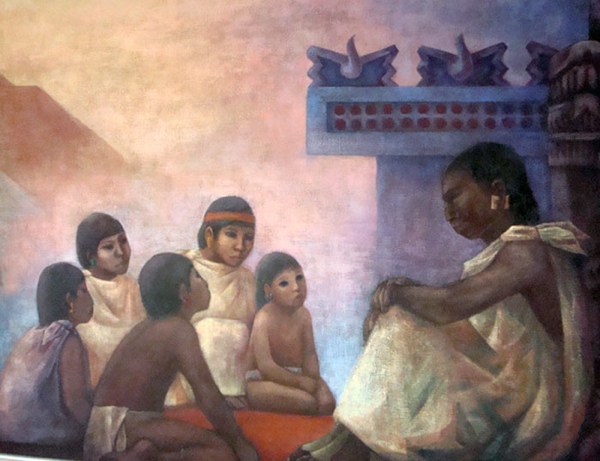 Fact: They would often sell their own children into slavery.

It was not at all uncommon in Aztec society for someone who was poor to sell their own children into slavery. Not only that, but many Aztecs would also sell themselves into slavery. In many cases someone would go bankrupt and feel that they had no way out, selling themselves or their children into slavery would give them some income and if they worked hard they might eventually be able to buy their way back out again. Some remained slaves most of their lives, which isn’t surprising because being a slave among the Aztecs was not that bad. You could get married, have children and own your own land. 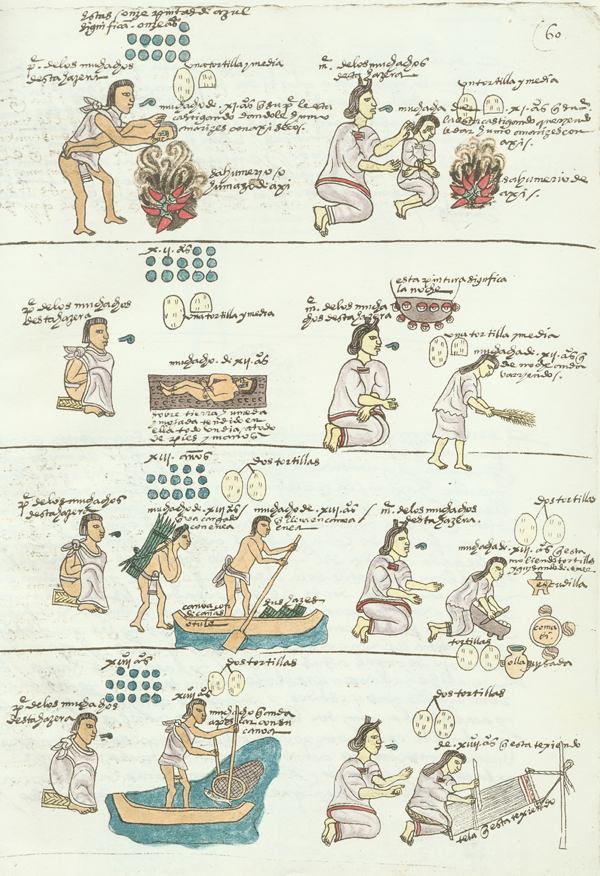 Aztec men were allowed to have more than one wife, however, there were certain strict rules governing these relationships. The first wife the man took was considered his “principal” wife, and was the only one he went through marriage ceremonies with. The other wives were only secondary but still recognized in the official records. While the first wife was considered the most important, the man was still expected to treat all of his wives with equal respect. While the man was the head of the household, women still had a lot of power in the relationship and were well treated in Aztec society. Extra wives contributed to the wealth of the family and were considered a mark of great status, this afforded them a high position in the culture. The Aztecs allowed divorce in some situations, but adultery by either party was punishable by death. 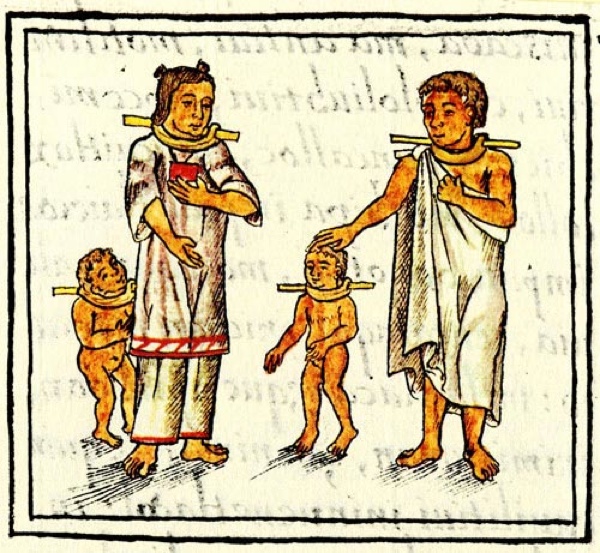 Fact: The Aztecs had a unique system for slavery.

Slavery among the Aztecs was much different than that of the Europeans and followed much different rules. Slaves children were not automatically property, and slaves could own possessions and even own other slaves. If a slave could present themselves in a temple, they would be freed, or if they could break away from their master and step on human excretion outside the market. If a slave tried to run away, only the master or his relatives were allowed to chase after them. Slaves were even able to buy their own freedom. The system for slavery among the Aztecs was quite unique, and much more like indentured servitude than most modern ideas of slavery. 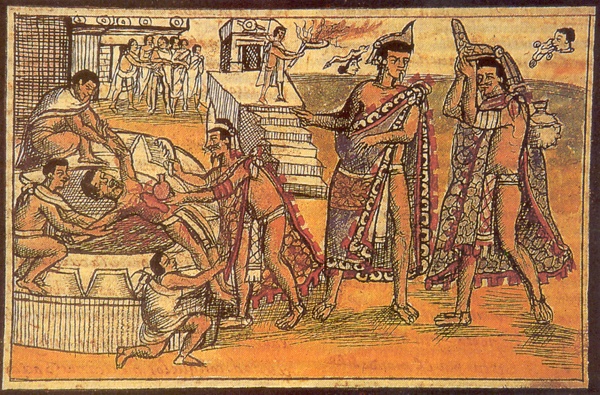 Fact: Some historians believe the sacrifices and cannibalism may have been due to a protein deficiency.

While the most popular theory in regards to Aztec sacrifices is that they were simply performing rituals to their heathen gods and keeping people under control, an anthropologist named Michael Harner has a completely different idea. Harner estimated that roughly 20,000 people were ritually sacrificed by the Aztecs every year. The people who were sacrificed were often eaten, as part of the sacrificial ritual. Harner proposed the theory that the whole thing was cannibalism disguised as sacrifice because the Aztecs did not have enough meat in their diet. While it is not certain that the Aztecs ate each other due to a protein deficiency as Harner proposes, the evidence of cannibalism is very hard to ignore.