From time to time, we hear of unexplainable events, mysterious creatures and circumstances that are just totally bizarre. Some are unbelievable, while others represent familiar concepts that we think of as fantasy, rather than reality but are far too real. This list explores ten of the least known but most disturbing, mysterious or just plain bizarre events, chilling mysteries, and terrifying cryptids. 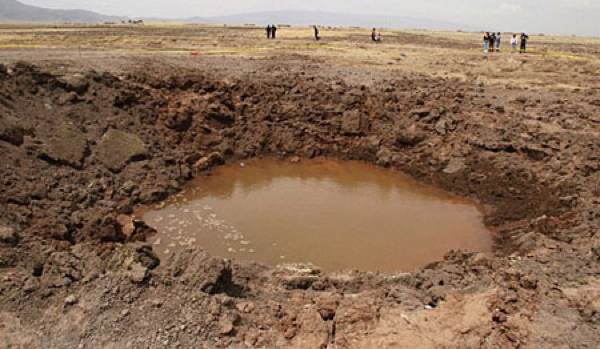 On September 15, 2007, residents of Caracas in Southern Peru, near the Bolivian border reported a massive explosion that rocked the village moments after a fireball appeared in the sky. Soon after, boiling water and steam emerged from the crater formed by the meteorite impact, and a strange smell appeared in the area. Over 200 villagers reported illness, and numerous animals in the village died. Government inspectors and police officers arrived in the area of the impact crater, but were taken ill as well, suffering vomiting. A state of emergency was then declared. Speculation points towards a bizarre reaction of Arsenic, Sulfur bearing rocks and groundwater with the meteorite, causing the village to be bathed in a chemical soup of rapidly forming volatile chemicals at the impact site. It has also been suggested that the Earth’s atmosphere failed to provide protection due to the elevation of the impact. 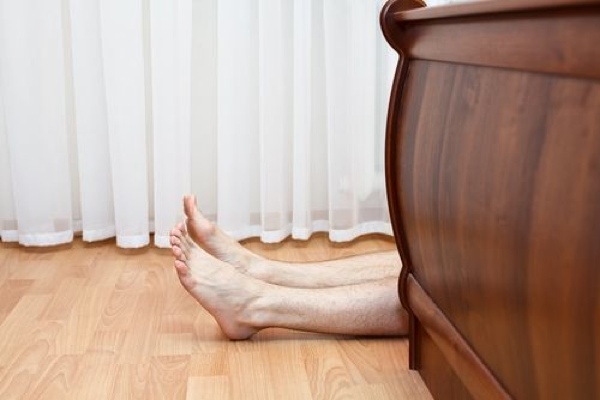 There are some things so weird that we become almost enraged just hearing about it. We wonder how in heaven’s name something so ridiculous and also tragic could have happened. In February 2013, a Nebraska man slipped in his home on a wet floor, and was “kept alive, lying on the floor for four days, being fed liquids by his ten year old son”. The man was unresponsive and unable to speak, according to the boy, who for some bizarre reason did not get help. The man’s death after four days was discovered after the school principle contacted police following the boy’s corresponding absence from classes. We wonder, how on this green Earth could a boy who attends school not get help for a man lying on the floor for four days, but provide “fluids to drink”. 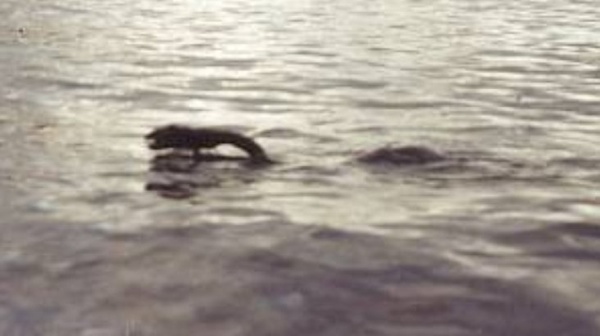 Vancouver Island is the largest Island on the West Coast of North America. Covering an area larger than many nations, Vancouver Island is actually a relict landmass from the South Pacific that moved up to meet southern Canada. Mysteries abound in the vast wilderness that ranges from remote mountains to fringe extents of subtropical woodlands. Interspersed are the lakes. Cameron Lake is extremely deep at over 600 meters. In the shallower sections, an airplane was discovered with bodies preserved inside. Cameron Lake has become the subject of serious investigation by the BC Cryptozoological Society following reports and a short video recording of a mysterious lake creature. Skeptics suggested a large beaver or otter, but something much more unearthly may be at play. Sonar scanners brought out by researchers discovered a large, massive object that moved in the depths, apparently of organic origin. An unknown lake creature has been suggested, along with the possibility of a subterranean river from extending from the nearby sea inlet back to the “landlocked” lake? 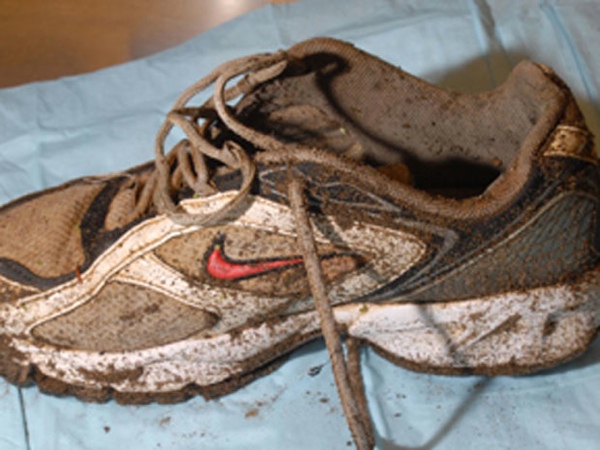 Over several recent years, a series of disembodied human feet were discovered on islands, shorelines and the Fraser River in Southwestern British Columbia, Canada. The feet washed up on shorelines, and were seen floating in the water, always in a defined area known as the Georgia Basin. Even more eerily, the feet were inside shoes, and were almost always left feet. A variety of terrifying theories came forward, while some have attempted to explain the mysteries as a function of drowning and decomposition processes. Some suggested that feet might naturally detach from drowning bodies, while others put forward the ridiculous theory that left feet were more likely to show up due to shape. Statistically, it was considered very puzzling for not just 2, but 3, feet to show up. For a total of over 8 feet to appear is completely bizarre and terrifying. None of the theories can adequately explain how Southern BC and Washington were inundated by oceangoing, severed feet. 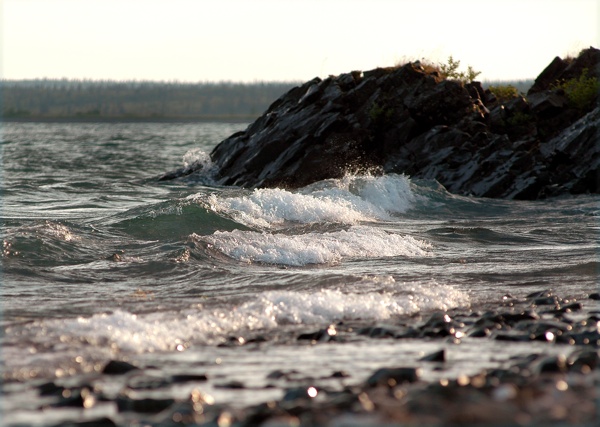 For a number of years, sightings of an enormous fish have been reported from airplanes flying over Alaska’s 80 mile long Lake Iliamana. The fish has been described as silvery, and up to 30 feet long, occasionally breaking the surface with its shark like form. The famous extreme angler Jeremy Wade attempted to solve the mystery in recent years. A variety of scary hypothesis were put forward, but one of the most plausible is that an aberrant population of giant Sleeper Sharks dwells in the lake. The fish could have been deposited during the ice age, and there is certainly no shortage of food supply for an enormous predator of this nature. The question is whether the sharks could adapt to freshwater. Sleeper Sharks are known to have travelled up rivers… 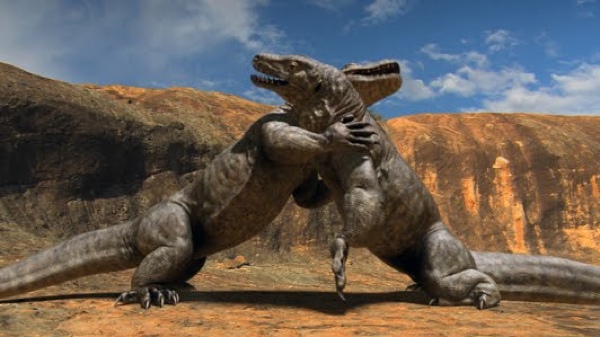 In Australia, a huge, monstrous lizard over 20 feet in length, known as the Megalania roamed the outback wilderness of the island continent. The dragon was believed to have been extinct for several thousand years, but bones recently discovered dated to only 300 years old. Eerily, Aboriginal Australians have noted that their ancestors hunted Megalania in their historic “dreamtime”, and some claim the lizard still exists. Continued sightings by reliable witnesses have reported beasts that perfectly match the description of Megalania. Farmers have reported giant lizards measuring over 15 feet in length, and in 1979, expert reptile biologist Frank Gordon was returning to his vehicle from a fieldwork expedition in Wattagan Mountains when he saw what he thought was a 20 foot log. When he started his vehicle, the form began to move . . . 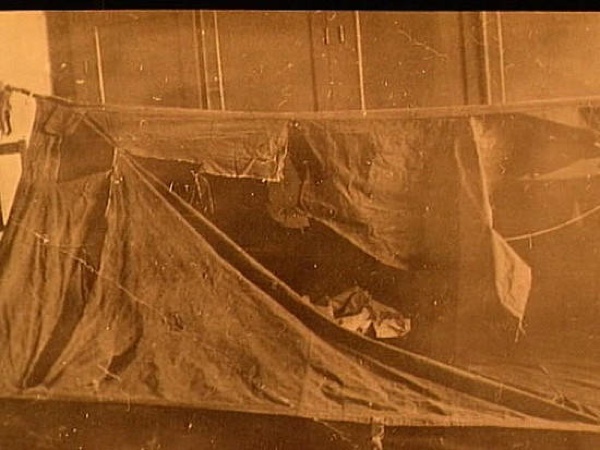 The strange deaths of 9 hikers in the Ural Mountains on February 2, 1959 is a disturbing mystery that confounds investigators to this day. The members of the group were connected with the Ural Polytechnic Institute, and were on route to climb a mountain 10 kilometers north of where their bodies were discovered in a bizarre state of condition. The tent was ripped open from the inside. Several bodies bore massive wounds including skull fractures and broken ribs. Some theories suggested an attack by hostile mountain tribes, but investigators found the degree of force inflicted was “beyond that which could be inflicted by a human”. Most disturbingly, one of the members had bit off her own tongue. Massive levels of radioactivity were detected on the clothes of the victims, and some had “browned skin”. Soviet investigators concluded a “compelling natural force” had resulted in the deaths. Just what that force was we can never know. 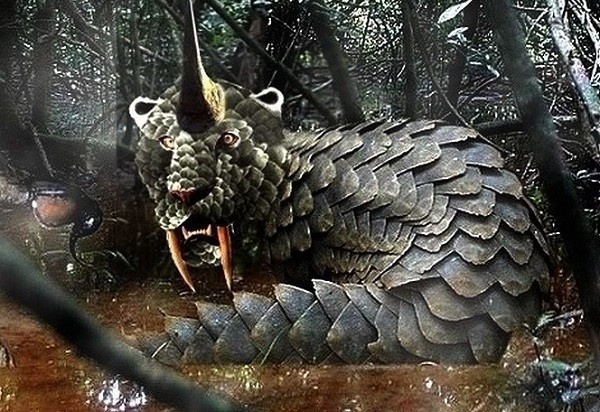 A strange and terrifying cryptid known as a Dingonek or “Jungle Walrus” has become the subject of several terrifying reports across the African continent. Reported at over 15 feet in length, and capable of killing humans, reptiles and large mammals that invade its wetland habitat, the creature is described as having a squarish head with horns attached to a long, scale covered body, and a poison bearing tail. The sheer strangeness of the creature points to its potential existence as a relative of the Pangolin, which is a much smaller yet scale covered mammal related to anteaters. In addition to eyewitness accounts, cave paintings in South Africa show a bizarre creature resembling a Dingonek. Just as a Pygmy Hippopotamus is related to the standard edition, could the Dingonek could be the Pangolin’s deadly giant cousin? 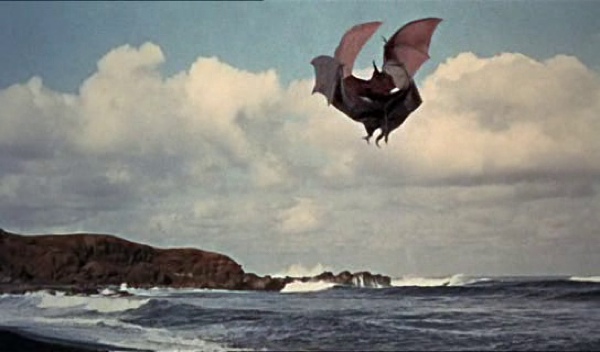 Pterosaurs have long thought to be extinct. However, like the Coelacanth, could populations have survived the catastrophe that took the dinosaurs, just as crocodiles did? Legends of the Kongomato in Africa describe a large, lizard like flying creature of the rain forests with pointed jaws and long wings. The creatures apparently have a 7 to 9 foot wingspan, and has been the subject of some debate among cryptid researchers, some of whom suggested it might be a bat. However, when the explorer Frank Melland showed photographs of a range of flying creatures to natives on his 1923 visit to the Congo, the feedback was incredible. The natives pointed not to birds or bats, but to the picture of the pterosaur. 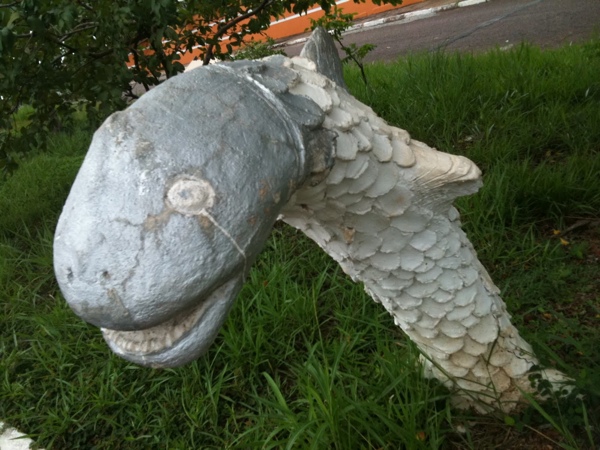 South American accounts describe a terrifying subterranean monster with a worm-like form that emerges, snakelike from the Earth. Described as an enormous, slug-like creature reaching over 14, the animal has been reported by horrified eyewitnesses in Uragay and other Amazon region countries of South America. The animal is believed to have a habit of burrowing, and has been reported as having large tentacles emerging from its head. The body form is smooth and dark according to reports, and large trenches have been left by the burrows. Some scientists speculate that the creatures could be giant Caecilians, which are earth dwelling, limbless members of the amphibian group.

Mike Williams is a naturalist, government affairs student and writer with a slightly life disrupting passion for mysteries of the unexplained.