Racism in any form is a disgrace to the modern ideal of a rational, open, and multicultural society. Yet, racist groups remain prevalent at the fringes of the worlds of politics, culture, music, and fashion. Below are ten political or cultural tendencies that are not only racist, but take particular inspiration from Nazi Germany, a failed fascist state that accomplished horrific mass genocide and sparked one of the bloodiest wars in world history. The influence and tactics of these groups and trends must be observed openly, lest they gain undue power and influence. 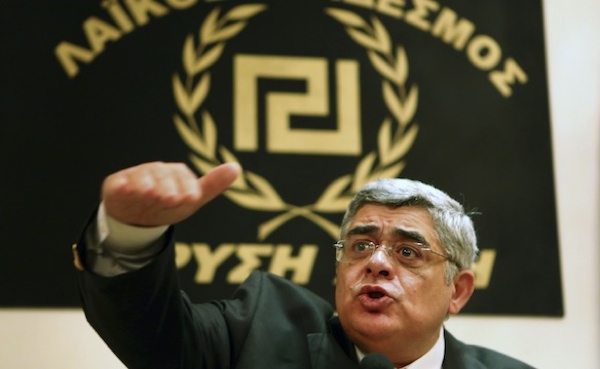 The Golden Dawn is a neo-fascist group in Greece that openly holds racist views and admiration for Nazi Germany. They have operated for a little over 30 years. Until recently, their members were mostly known for fighting with ultra-nationalist groups in ethnic conflicts in Bosnia. However, austerity measures and political malaise has led to electoral support for the party in Greece in recent years. They have gained popularity for their support of militaristic civil order and for their scapegoating of Greek immigrants for the country’s economic instability. 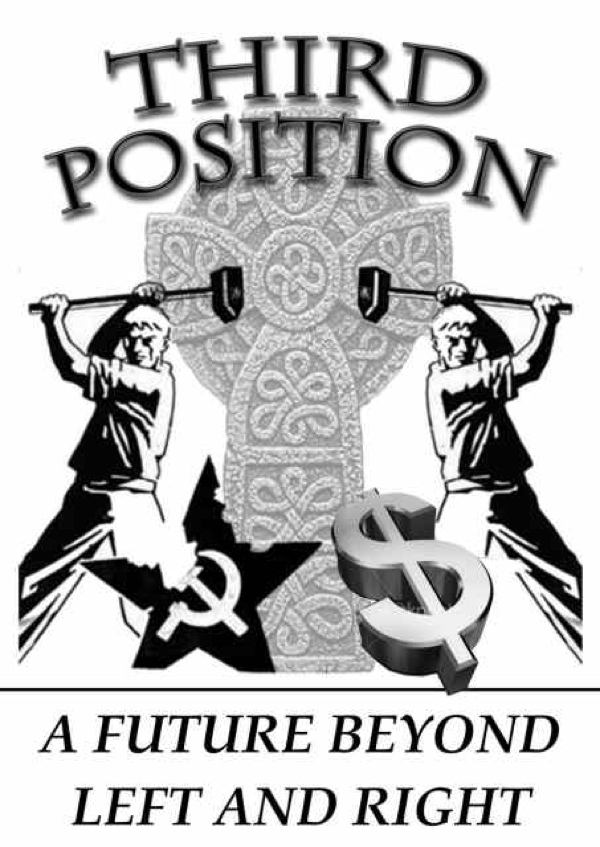 Third Position is an ideology that has precedents in Mussolini’s rejection of liberal democracy and Marxist revolution and in Strasserism, a racial and economic collectivist doctrine espoused by Nazi members who were murdered on the Night of the Long Knives. Third Position holds to be a synthesis of the liberation from capitalist exploitation and democratization of the means of the production promised by Marxist ideologies with the doctrine of racial purity espoused by far right organizations. Third Position adherents argue for ultranationalism, racial segregation, and revolution against both capitalism and multicultural democracies. The ideology has proven mildly successful in attempts to recruit youths who are more motivated by economic alienation than racism. The ideology has also sparked small anarchist oriented Third Position groups to spring up in the United States. 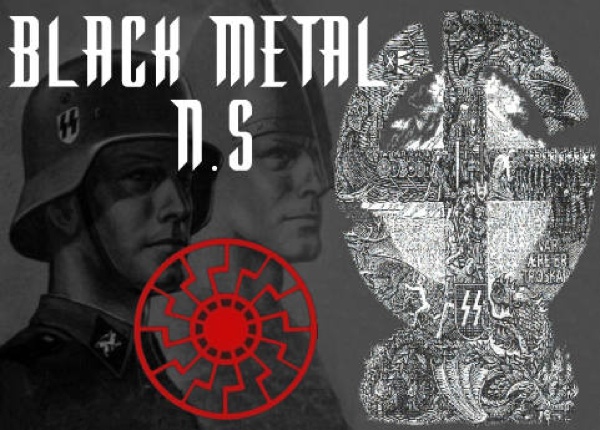 Black Metal was simply a genre of heavy metal that employed Satanic lyrics, fast rhythms, and rudimentary musicianship until Norwegian teenagers took the music to heart in the late 1980s and 1990s. Black Metal in Norway provided a rallying scene for anti-Christian pagan revivalism and a renewed interest in Scandinavian nationalism. The result was a fierce scene that committed murders and church burnings amongst other nasty activities. The intensity of this milieu spread fast and soon Black Metal acts espousing nationalist and fascist sympathies could be found in France, Russia, America, New Zealand, and throughout Eastern Europe. 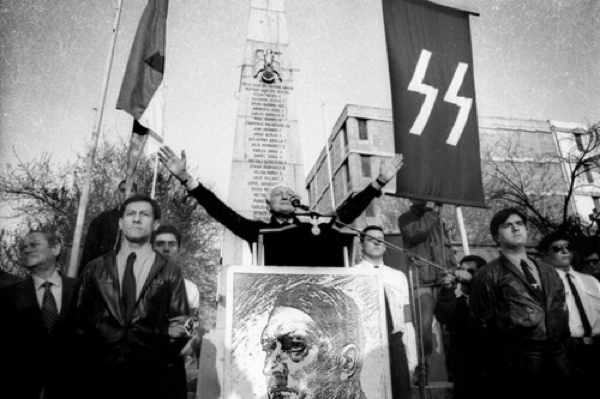 Less a concrete organization than an extremely bizarre tendency within Neo-Nazi thought that seeks to combine mysticism, occult studies, mythology, and far right politics. Progenitors include Miguel Serrano, a Chilean “philosopher” and diplomat who held that Hitler was an incarnation of a Tantric deity and would have ushered in a divine era where mankind would evolve into Gods. Savitri Devi Mukherji is widely credited to have popularized such ideas when she propagated elements of mysticism and environmentalism within the neo-Nazi movement in the 1960s. The beliefs uniting mysticism, paganism, Hinduism, and the occult with neo-Nazism are too numerous and ridiculous to account for here. 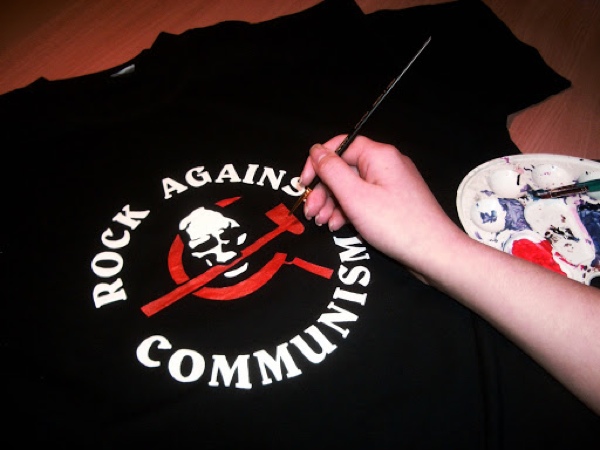 Rock Against Communism was a movement of hard rock and punk groups in England that started as a response to the Rock Against Racism festivals held by their more enlightened peers. The festival and many of the groups in it were formed by the British group National Front, a whites-only hate group, as a means of propaganda directed toward alienated white working class youth. Many of the bands had a hard time getting shows, as the punk subculture would protest and form violent articulations with the white power bands and their fans at gigs. Edgar Griffin, a Conservative Party activist, allowed the bands to play at his home. Later, the National Front organizers of Rock Against Communism went into positions with the British National Party and many of the bands turned toward hardcore punk, embracing the emerging subculture of white power skinheads. 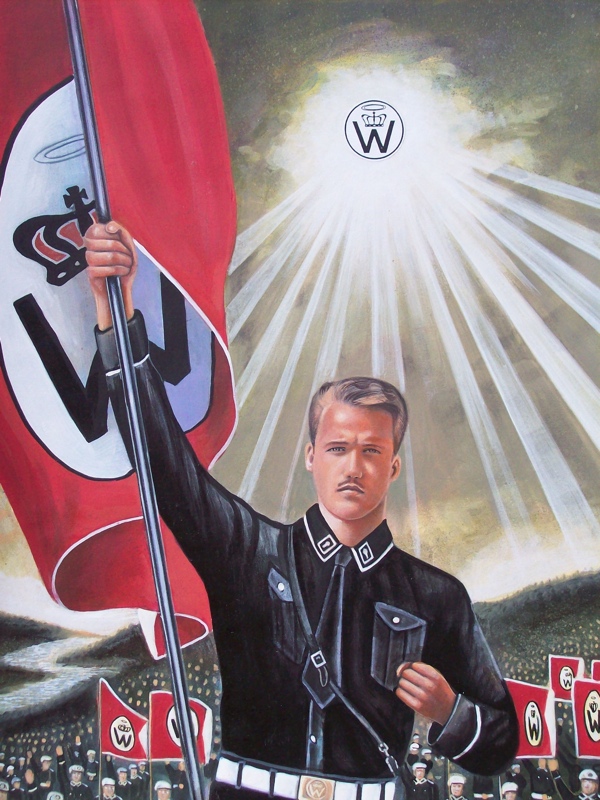 Creativity is a bizarre religion founded 1973 by Ben Klassen in Florida. They are an atheist group that is anti-Christian, anti-semitic, and racist. The religion is a non-hierarchical organization. Adherents practice mostly by following a strict moral code, the highest virtue of which is to do good for the white race. The group is recognized by the United States federal government. Their intention is to spread their religion to the majority of the white race. 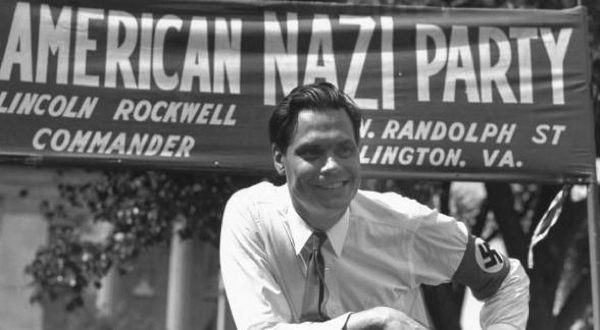 The American Nazi Party was founded by George Lincoln Rockwell in 1960. The party sought to enact the principles of Hitler’s Third Reich within the context of US politics. They propagated Holocaust denial and race separatism. They are largely responsible for popularizing the use of the phrase “white power,” thought of as a necessary replacement for “sieg heil.” After the assassination of Rockwell in 1967, Matt Koehl took control of the party. Koehl’s interest in esoteric Hitlerism alienated many members of the group. In 1979, members of the party along with the Ku Klux Klan massacred protestors led by the Communist Workers’ Party in North Carolina. Afterward, Koehl renamed the organization New Order and faded from the public spotlight. 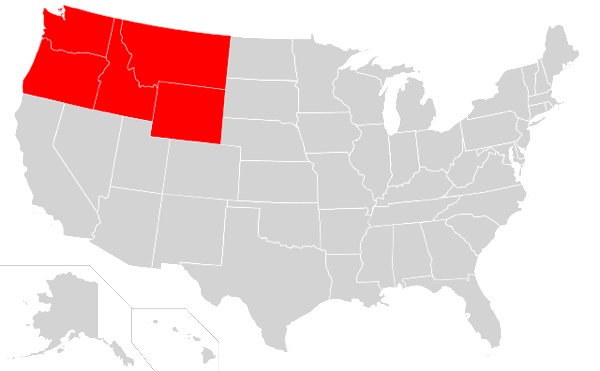 White separatism is a movement that holds that the white race has a right to self-determination on territorial, cultural, and economic levels that would distinguish it from other races. Many adherents of white separatism do not believe themselves to be racist, since they are not arguing the superiority of one race over another, yet believers in white separatism tend to collaborate with racist organizations including neo-Nazis. Among the initiatives is the Northwest Territorial Imperative issued by the group Aryan Nations and propagated by several other neo-Nazi organizations. The Northwest Territorial Imperative suggests white people migrate to the four states of the USA that form the Northwest corner and eventually declare the region an Aryan homeland. 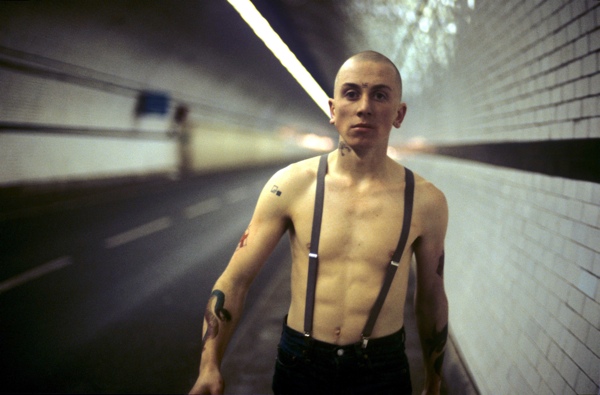 The skinhead subculture emerged in the late 1960s amongst British and Jamaican working class youth who were interested in ska, American soul music, leftist politics, and who held no racist beliefs. Nearly a decade later, a revival of interest in skinhead culture coalesced with the Rock Against Communism bands in England and America and sparked the white power skinhead subculture. White power skinheads are active across Western Europe and America mostly. They tend to listen to racist hardcore punk, dress according to a strict gang-like code, and express either through fashion or violence their racist attitudes. White power skinheads are a decentralized subculture, yet they have attracted attention and are considered peers by more organized political parties and groups. They are responsible for several needless attacks against immigrants or people of color every year. Skinheads around the world have attempted to reclaim the anti-racist, working class, and leftist origins of the subculture from the influence of these neo-Nazis. 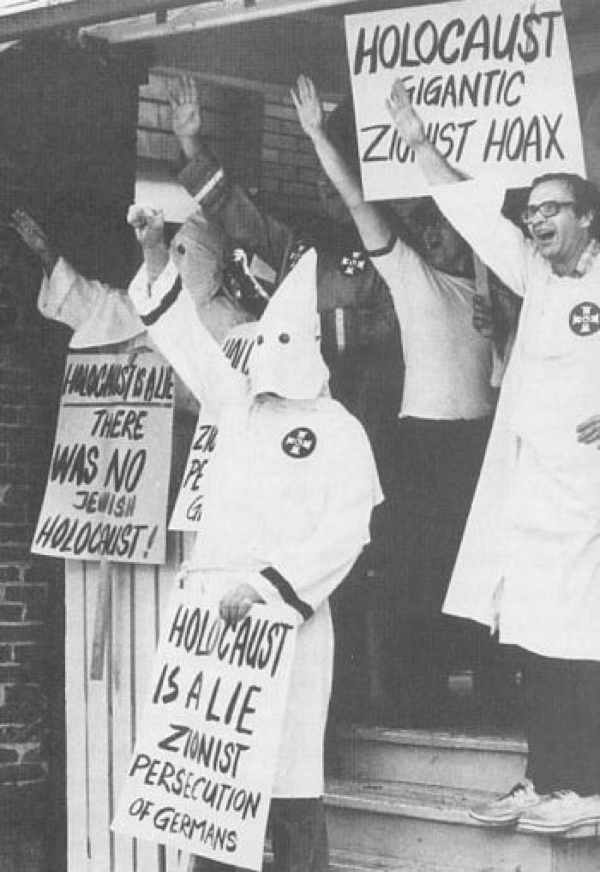 Holocaust denial consists of conspiracy theorists with strong anti-semitic sympathies who deny the magnitude of the Holocaust and believe that the genocide was faked by a Jewish conspiracy to advance a Zionist cause. While Holocaust denial is prevalent amongst extreme Arab political groups, the historical “research” that has been used as evidence for Holocaust denial is largely the workings of Western white supremacist organizations. These include the Ku Klux Klan, a racist terrorist group legally active within the United States, who have protested for decades against the reality of history.