If you’re anything like us, you absolutely adore the little oddities of language. The quirks, the eccentricities, the wordplay, the terms, the history, and the glorious esoteric nonsense of it all. If you’re not, then we either recommend finding another list, or better yet, give it a whirl—us language nerds are always looking for new recruits. For the intrepid, read on—you’ll discover what happens when you extend a metaphor a little too far; what pasketti (spaghetti spoken by a child) and ax (as opposed to ask) have in common; the claim to fame of a British village called Bricklehampton and what it has to do with the uncommon English word deeded—and more! 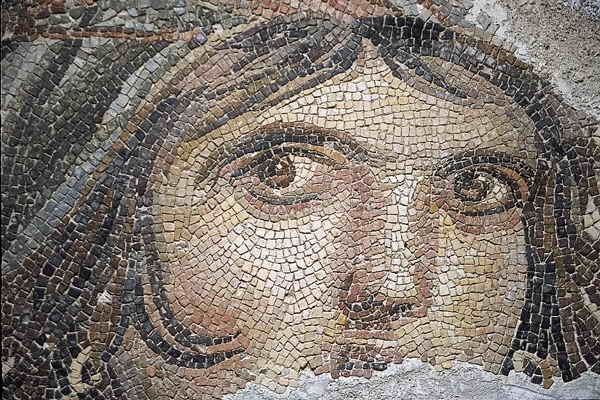 Ah, the zeugma. For a word that sounds like it should be the name of a science-fiction villain, it sure has a wonderfully dorky definition. Pronounced “ZOYG-ma,” and dating back to the 1580s, the word is defined as “a figure of speech in which a single word, usually a verb or adjective, is syntactically related to two or more words, though having a different sense in relation to each.”

Phew! There’s a lot going on in that definition, and it’s at this point that you’re either going to realize you’re exactly the target demographic for this list, or go running for the nearest 10 Grossest & Most Stomach-Churning Medical Images list. Or perhaps you’re like me, and you’ll read language lists and crazy–weird–nasty lists all in one sitting.

Anyway, zeugma is clearly a word best defined by examples. Here are a few:

“I opened my door and my heart to the filthy urchin.”
“The clumsy baseball-playing dragon blew fire and the game.”
“The amateur musician worked a long day, then the crowd.”
“You are free to execute your laws, and your citizens, as you see fit.” (From Star Trek TNG)

See what’s going on there? In each case, the verb refers to two different parts of the sentence using slightly different usages of the verb. These are pretty fun to make up, at least for some people.

Oh—for the record—Zeugma is also a place in Turkey with some awesome recently discovered ancient mosaics (seen above). 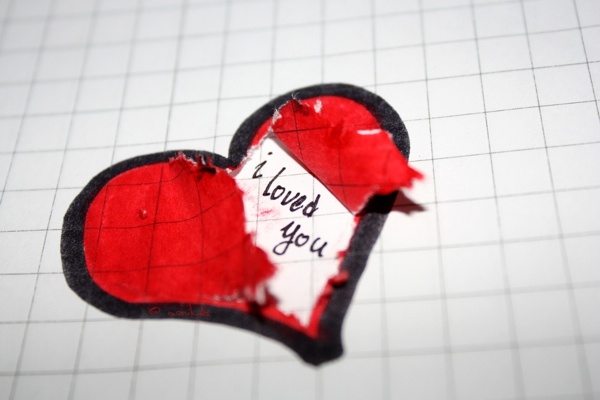 The pataphor, a term coined by writer and musician Pablo Lopez—aka Paul Avion—is an extension of a metaphor, wherein the imagined world where the metaphor actually begins creates its own reality, and other stuff happens in that reality. Confused? Good—that means you’re normal. Take the common metaphor of a broken heart. It’s a metaphor because it’s figurative—we know that when someone is heartbroken, their heart has not literally ruptured. Now let’s make a pataphor out of it:

“Billy’s heart was broken when he saw Sally messin’ around with his best pal. It snapped in two, the pieces sinking into either leg, causing him great pain and discomfort as he tried to run away.”

Here, the metaphor of his broken heart has now been extended so that the heart really did break, and is making it hard for him to move his legs. The world of the metaphor has begun to exist, though its metaphorical meaning—he’s very, very sad about the breakup—is still true as well.

Pataphors are confusing, awesome, a little silly, and totally worthy of further exploration if the term is new to you. They are considered part of the world of pataphysics, defined as that which lies beyond the world of metaphysics. 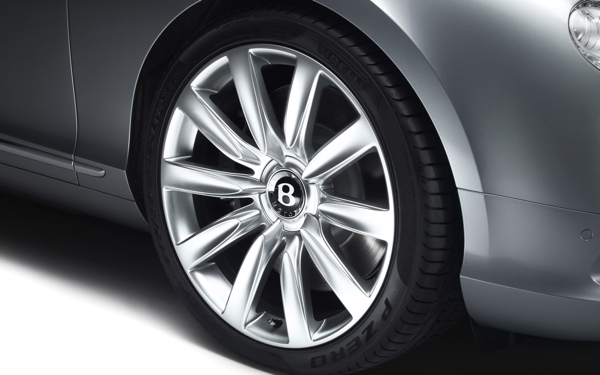 Of all the items on this list, I actually found synecdoches perhaps the most challenging to define. In a comprehension fight, pataphors and potentially zeugmas might have their way with a mere synecdoche—but in an explanation fight, he’d eke out a victory.

Let’s get to it: A synecdoche (pronounced Si-NEK-da-key) is, broadly speaking, a figure of speech where a word (or term) for a PART of something is used to describe the WHOLE thing. It can also mean the exact opposite.

As with many of these terms, that’s tough to wrap the ol’ noodle around. So let’s take it slowly. Sometimes, we use a small part of a thing to refer to the whole thing—as in the nautical expression “all hands on deck!” Here, we’re saying hands to refer to people, which is an example of synecdoche because a hand is merely one part of a man. Another example is using wheels to refer to car.

It can be flipped around the other way, too. We talk about Spain winning the 2010 World Cup, even though it was only a few athletic dudes on a field/pitch who actually won the game—this is a whole (Spain) referring to a part (Spain’s soccer/football team). Another example is saying “the state banned cute baby pictures online,” because it wasn’t the entire state but rather a smaller subset (in this case, a ruling body). 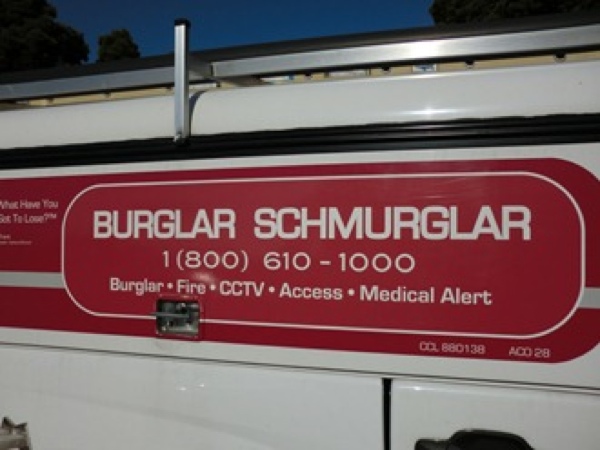 You know exactly what this is, you just didn’t know there was a name for it. And if you did know, congratulations—you get to write the next list like this because you’re an even bigger language nerd than I.

“Listverse, shmistverse!” There, that’s an example of schm-reduplication. “I’ve had enough of these fancy-shmancy lists”—that’s another. Generally when you do this type of thing, you’re indicating that you’re being ironic and/or sarcastic—people don’t usually shm-duplicate for the hell of it. Shm-reduplication (say it 10 times fast) is actually a subset of a broader linguistic category—the reduplication—which is the morphological process wherein part of a word is repeated either exactly or nearly exactly, like hokey pokey and razzle dazzle.

You’ll not be surprised to learn that shm-reduplication has Yiddish roots and exists in modern Hebrew as well as English. 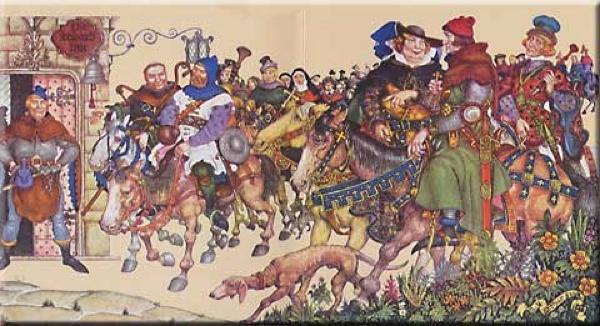 When you say foilage instead of foliage and Chipolte instead of Chipotle, you’re engaging in linguistic metathesis. When kids say what sounds like pasketti instead of spaghetti, they’re doing the same thing. Essentially, it’s when you rearrange (often with a straight swap) two or more sounds in a word or a sentence. While we think of these as mistakes, the metathesized form of a word has been known to become standard over time in certain instances—for example, bird comes from the Old English bryd.

Perhaps the most fascinating and commonplace example in English is the word ask, which is pronounced aks (ax) in certain dialects. What folks don’t frequently know is the prevalence of the ax pronunciation in the history of English. Chaucer, for instance, used ax. Many speakers of English used ax instead of ask when this metathesis occurred sometime in the 14th century. 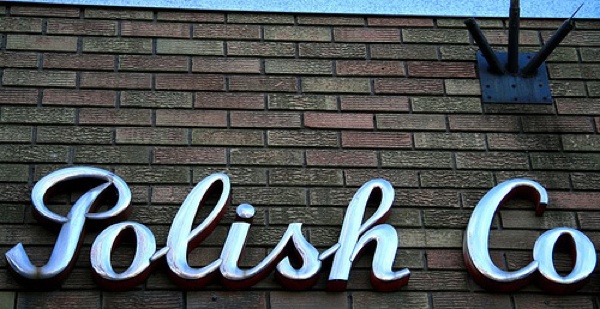 Oh capitonym, my capitonym! What on earth is a capitonym? Here are three pairs of them—can you guess what it means?

Do you have it yet? You do? That’s wonderful. If you don’t, here goes: a capitonym is a word that changes meaning, and potentially its pronunciation (as in the P/polish example) when it is capitalized. In these three cases above, the words are not etymologically related—their similarity is coincidence, and the distinction is clear. In other cases, the words derive from the same root, and sometimes the distinction is more subtle. Take the following examples:

I’m going to go ahead and say that my favorite capitonym pair is tangier & Tangier, which are unrelated, pronounced quite differently, and have no business being linguistically related. In case it isn’t obvious, Tangier is a place and tangier is when one thing is more tangy than another. 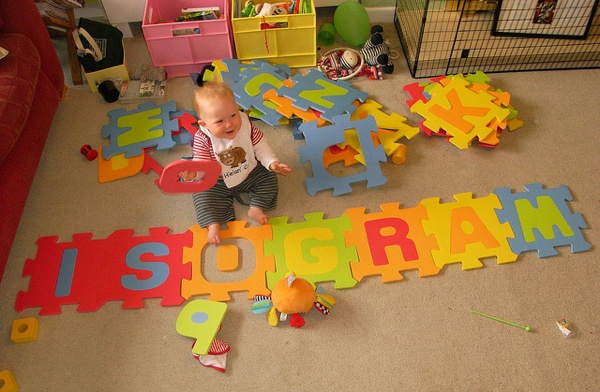 An isogram is a word in which each letter appears only once, or more accurately, where each letter appears the same number of times. The word isogram itself is an isogram. Many (most?) short words, naturally, are as well. Ambidextrously is an especially long one. The longest one is believed to be subdermatoglyphic, at 17 letters, but the longest word that’s remotely normal is the 15-letter uncopyrightable—which is also noteworthy in that it contains all the vowels, including y.

Of course, us language nerds aren’t going to stop there—there is much fun to be had in the world if isograms. These are “1st-order” isograms (each letter appearing exactly once, also called heterograms), but of course there are 2nd-order ones as well—words where each letter appears exactly twice (also called pair isograms). There are many short 2nd-order isograms—papa, mama, peep, boob, noon—but it’s harder to find longer ones (intestines and arraigning are notable ones). Deeded, the past tense of the verb form of deed, is one of the few 3rd-order isograms—can you, oh fellow nerd, come up with a 4th-order isogram?

The world of place names makes for great isogram hunting. The longest English-language isogram is believed to be an English village named Bricklehampton, clocking in at a cool 14 letters. The longest country name is likely Switzerland, at 11 letters—though it must be noted that we’re talking about the longest country isogram as spoken in English.

When you use a contraction, when you say cuz instead of because, when you say wanna or gonna instead of want to and going to, and when you say cap’n instead of captain, what you’re doing is called elision. Don’t be embarrassed—everyone does it and it’s totally normal. At least that’s what they tell me. So go ahead—elide away! (Elide is the verb).

Simply put, it’s when a sound is left out of a word. Generally, it’s done for the purposes of making something easier to say. Elisions are everywhere:

In English, elision is never grammatically mandatory, but there are other languages—notable French—where it occasionally is. Take c’est, meaning it is—in English, we can choose it is or it’s, whereas in French, although it’s a contraction of ça est, you would never actually say that. 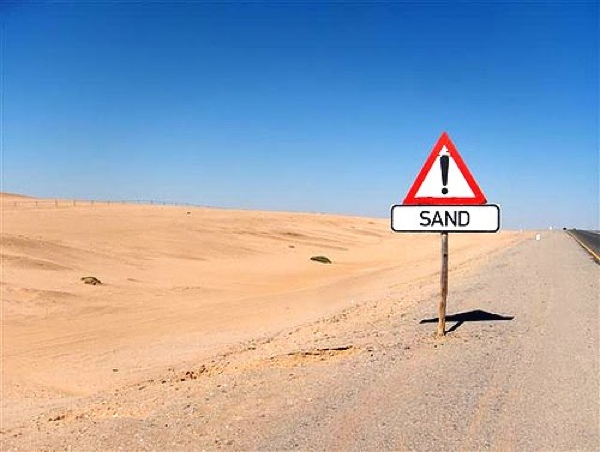 Litotes are a not uncommon way of expressing emphasis. This last sentence contained an instance of litotes—can you spot it? It’s a figure of speech where you accomplish what you’re trying to say by (usually) negating a negative to form a positive. I wouldn’t be unhappy if you understood litotes at this point, for instance.

The idea here, perhaps confusingly, is that you’re adding emphasis to your statement by understating. When you say “that movie wasn’t bad,” it’s different from saying “that movie was good”—depending on your inflection and the context, you’re conveying different pieces of information.

Litotes are quite old, once figuring prominently in Old English poetry. The term itself was a Greek word meaning “plainness, simplicity.” It has all kinds of accepted pronunciations, including LIE-ta-teez and LI-ta-teez. 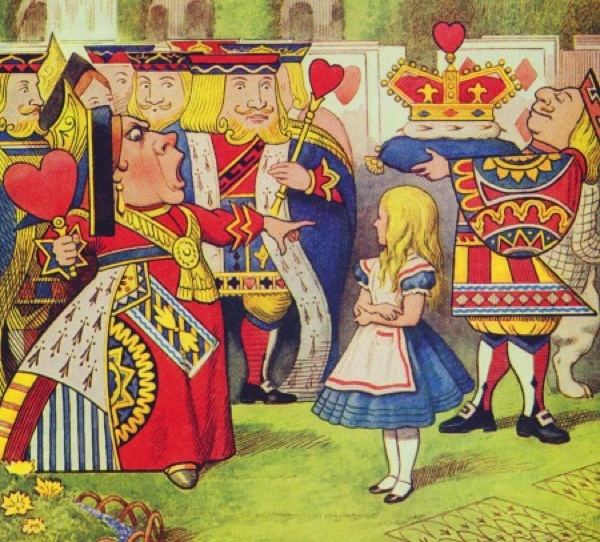 A portmanteau is also known as a blend, but to be honest, I don’t know why you’d call it that when you’ve got the word portmanteau at your disposal. The portmanteau is in many ways the Inception of linguistic terms, spiraling ever inward and outward in a mind-bending tableau of self-reference. The word was coined by Lewis Carroll in his 1871 book Through the Looking Glass.

So . . . what is it? Quite simply, it’s a word that’s a combination of two (or more) others, as well as their associated meanings. Common examples include smog (smoke + fog), spam (spiced + ham), and brunch (breakfast + lunch).

Portmanteau itself is a portmanteau—originally, it was a French (and later English) word for a suitcase that opens into two equal parts. The word comes from porter (to carry) and manteau (a coat). One might expect the French word for portmanteau—the blend, not the luggage—to be portmanteau, since it’s already a perfectly good French word, but one would be wrong. Instead, it’s mot-valise, which loosely means word-suitcase. How very . . . odd.

Note: portmanteaus differ from contractions and compound words—a contraction is a sequence of two words that follow each other in a sentence rather than two conceptually related words, and a compound word includes the entirety of the words it comprises.