The Black Death is thought to have wiped out about one third of Europe’s population between 1328 and 1351. Victims of the plague would often die within a few days and the horrific symptoms would make these final days absolutely terrible. High fever, severe vomiting, and bleeding from the lungs were all very common, and victims’ bodies would usually be covered with gruesome boils.

SEE ALSO: 10 Factors That Made The Black Death So Deadly

The awful nature of the disease—together with its shocking fatality rate—inspired its desperate victims to come up with a range of crazy cures. Some of them are nearly as horrendous as the disease itself. Here are some of the worst pieces of advice plague victims would have received on their sickbeds: 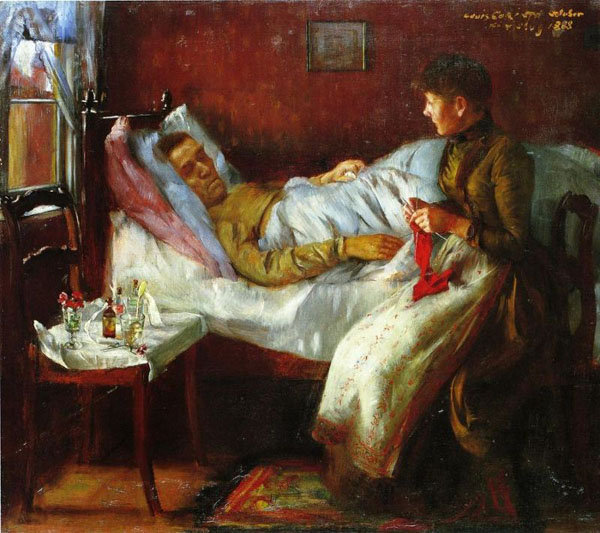 One popular treatment method that has actually survived until today was aromatherapy. That is, the treatment of the body using different smells. Back during the Black Death, people were instructed to carry sweet smelling flowers with them wherever they went. If they couldn’t get flowers, they were told to carry around packets of herbs.

It was in this time that the French pomander—balls of perfume—became popular with the upper class. Others closed their windows so that the bad smell in the winds wouldn’t enter their homes. Note to aromatherapists: it didn’t work then; it doesn’t work now. 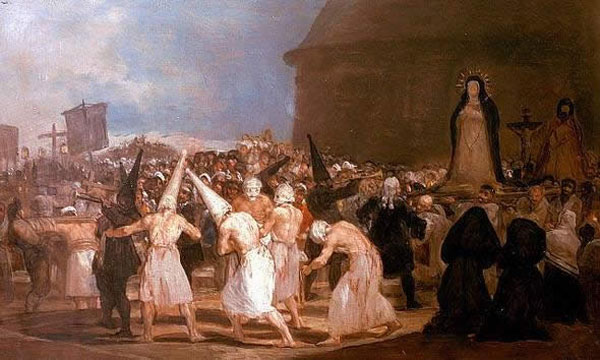 In an even more religious world than today, it comes as no surprise that most people turned to religion. Some people believed that the dreaded disease was a punishment from God, and others thought that God was testing them. When the plague spread to the Middle East, Muslims were told to sit back and suck it up because it was God’s will.

Not that the European response was any less extreme. Devout Catholics took to the highways and whipped themselves while crying out for God’s mercy. Because when God is punishing you, the only obvious thing to do is punish yourself… a lot. 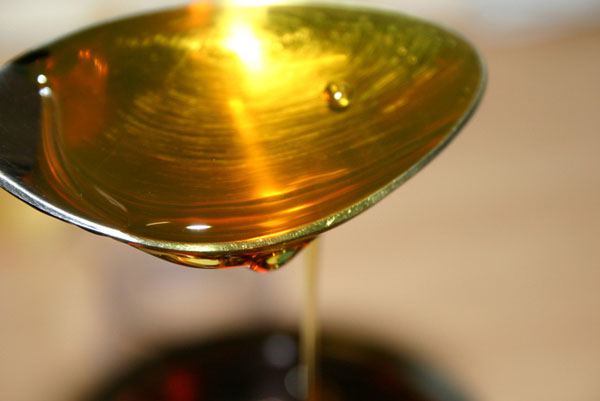 Treacle—a by-product of sugar production—would often be given to sick patients. Unfortunately, it had to be at least 10 years old to be considered effective. The old, smelly, sticky substance was believed to combat not only the horrific effects of the disease, but to rid the body of it for good.

This remedy actually has a touch of sense to it: potentially disease-fighting molds, yeasts and other cultures would have thrived in the syrup and matured over time. But we can only wonder who thought of this in the first place, and how on Earth the victims managed to swallow.

Live In a Sewer 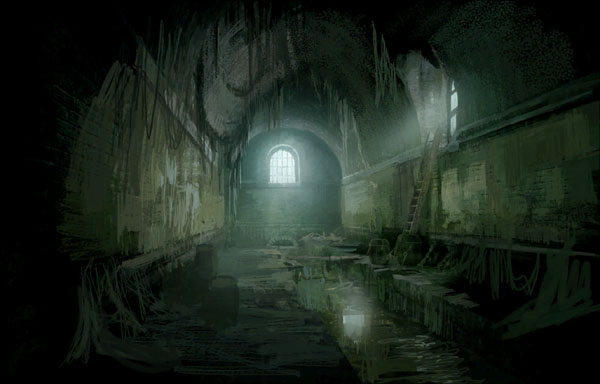 When people figured out that the Black Death was airborne, they began to visit—or even live—in foul-smelling sewers. It was thought that the sharp stench of rotting human waste would discourage the cleaner (but disease-ridden) air from coming near and infecting them. This didn’t work, of course and as well as being susceptible to the plague, they often died of other diseases.

Bloodletting was popular all over Europe during this time, and it was used to cure everything from gout to goiter. If you were lucky, you could afford to have leeches do all the hard work for you. Leeches were actually a fairly painless method of blood-letting. But most people could not afford them, and had to go with the age-old method of cutting the skin open.

A blade would be pushed into a vein, and blood would be drained into a bowl. Without painkillers this procedure would have been agony and with sanitation levels leaving much to be desired, gruesome infections were common. Just what you need when you have a life-threatening disease.

SEE ALSO: 10 Good Things We Owe To The Black Death

Eat a Spoon of Crushed Emeralds 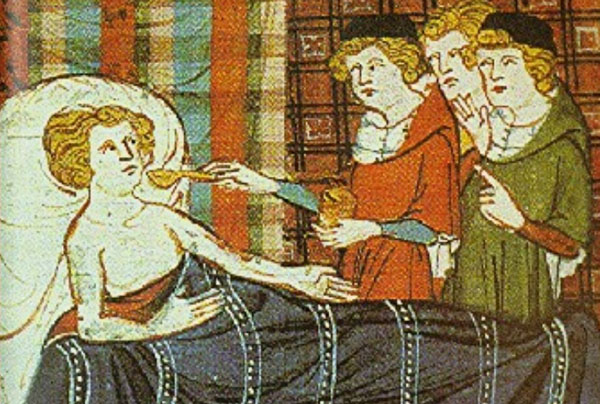 Another edible cure was the powder of crushed emeralds. The precious stones would be ground down to a fine powder in a mortal and pestle, then either mixed with a liquid and drunk like a potion, mixed with food or in bread and eaten, or swallowed on its own as a powder. This would have been terrible to eat, with a taste and texture vaguely resembling that of crushed glass. Incidentally, the desperate remedies of disease-ridden victims aren’t too far removed from the fashionable meals of today’s billionaires.

Wash Yourself With Urine 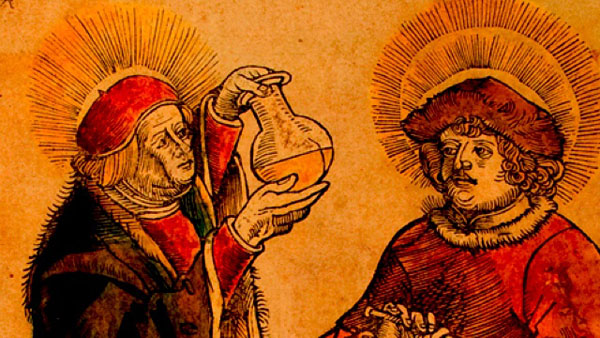 Urine enjoyed a good reputation in medieval Europe, and this was one case in which supply could happily meet demand. Victims of the Black Death would often be bathed in urine several times a day to relieve the symptoms of the plague.

Even more highly recommended was a glass of the stuff. Pee would be collected by non-infected members of the public, and given or sold to the diseased as naturally as we might offer a sick person a glass of orange juice today. Speaking of which, urine is still used today as a treatment for many issues, from acne to multiple sclerosis and some people also wash their faces with urine during a solar eclipse.

Smear Yourself With Human Poop 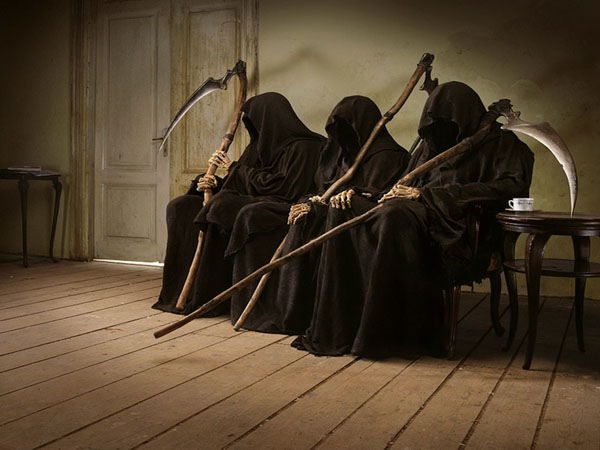 Here’s another solution that plague victims wouldn’t have wanted to hear: the buboes (sores) of the infected were cut open, and a paste was applied. The paste was made from a mixture of tree resins, flower roots, and poo. Doctors loved the stuff.

Unfortunately for the weak-stomached, this smelly paste was pushed inside their open wounds, which would then be tightly wrapped to keep the disgusting concoction inside. It makes you wonder if the plague itself was really responsible for the massive death-rate after all.

Rub Your Wounds With a Live Chicken 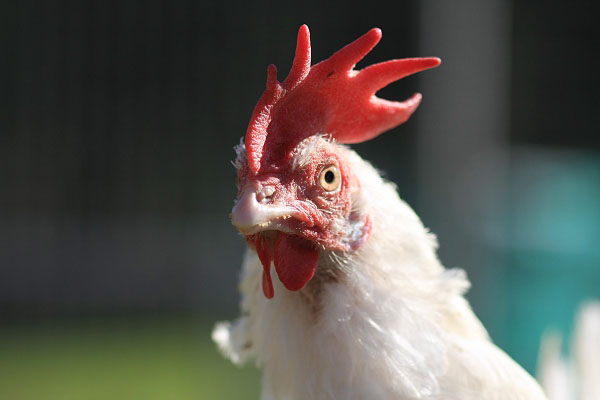 Just like Yahoo Answers, the Middle Ages had plenty of crazy people offering up insane advice. Far and away one of the most bizarre was the Vicary Method—named after Thomas Vicary, an English doctor who invented the technique. People would shave a hen’s butt and strap it to their swollen lymph nodes… while the chicken was still alive. Then, when the chicken got sick, they would wash it and repeat the process until only the chicken or victim was healthy.

Vicary’s technique spread far and wide, with crazy people everywhere turning themselves into the hosts of plague-ridden chicken parasites. This Vicary guy was so popular that to this very day a special lecture is held annually in his honor by the Royal College of Surgeons in England. But then again, science is a religion after all. 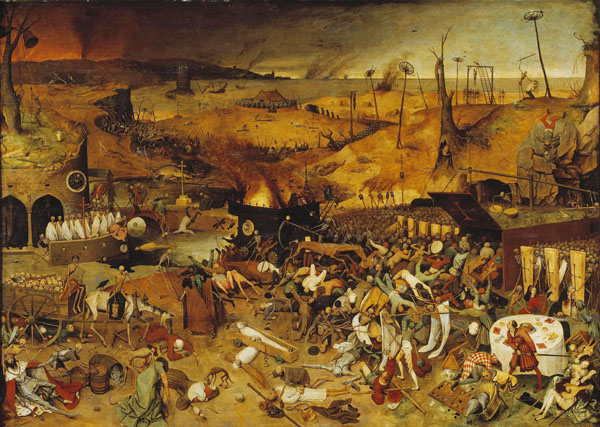 This list wouldn’t be complete without talking about perhaps the most severe method of treating the plague. Some people took the religious thing a little far and decided that the best cure for the plague was to purge the Earth of Jews. Governors of cities across Europe rounded up Jews, boarded them up in their homes, and then set them alight.

Unfortunately this was because a group of Jews were captured and tortured into admitting that they were behind the disease—Abu Grhaib style. Thousands were killed when they were rounded up and summarily executed to put a stop to the disease.

The severity of these attacks prompted Pope Clement VI to publish two papal letters condemning those who killed the Jews and requiring all clergy to protect them wherever possible. He also declared that all people who died of the plague were forgiven all their sins so they could enter Heaven. 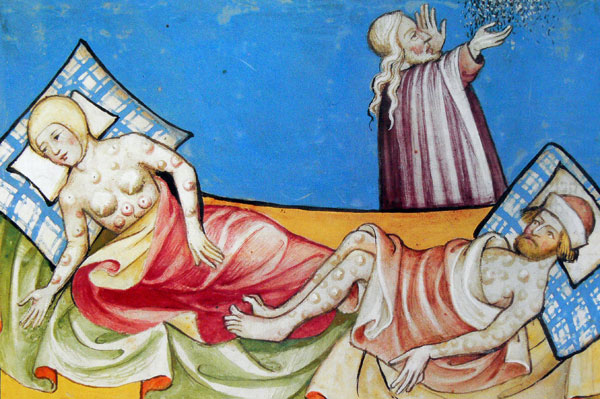 When things got really bad, people decided to just throw whatever they could think of at the disease. This included, but was not limited to: drinking arsenic or mercury, not having thoughts about death in general, not having thoughts about the plague, not having sad thoughts, not eating figs, not eating meat, not running or walking outside, not exercising at all, not bathing, not sleeping in the day, and finally for good measure, not having sex. Effectively the worst possible kind of celibacy—the kind that leaves you covered in dripping sores and dead.

SEE ALSO: 10 Facts That Will Change How You View The Black Death