In the non-stop world of the 21st century, with our 24/7, get-anything-you-want-right-now culture it’s no surprise that some folks shun the maelstrom of modern life and head off into the wilderness. Here are ten people who have done exactly that and lived their lives in self-imposed isolation and relative peace and quiet. 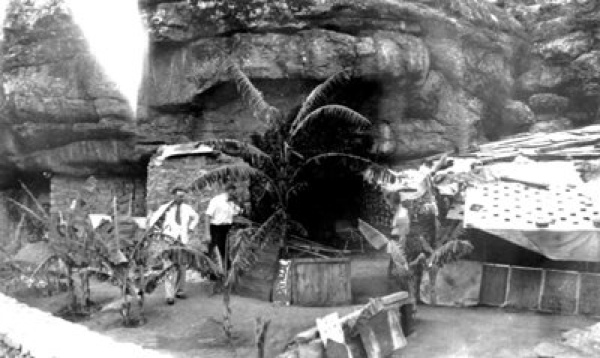 Ricetti is possibly the most flamboyant hermit on this list. The Italian-Australian had various jobs, including miner and craftsman, in the New South Wales area of Australia before taking up work on river boat. Legend says that one day Ricetti was out walking when he was caught in a sudden downpour. He sought shelter in a nearby cave; a cave he wouldn’t leave for some 22 years. Over the years, Ricetti turned his rocky home into an Aladdin’s cave of wonders. He carved a chapel and a kitchen out of the rock and built stone walls, stone stairs, cisterns for water supply and even a landscaped garden. After a chance meeting with a local doctor (Ricetti had fallen and broken his leg) the two developed a close friendship and Ricetti landscaped the doctor’s garden, earning enough money to visit his brother in Italy. The hermit never returned however, and today Hermit Cave is listed on the New South Wales State Heritage Register. 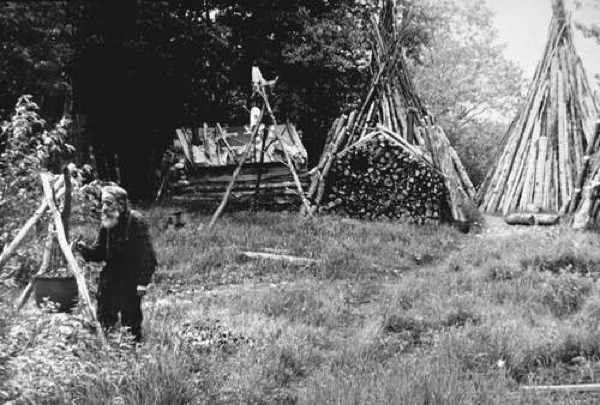 The Hermit of the Adirondack Mountains was able to mix it up with the wilderness due to his past life as a guide of the vary same region (some contrast to his final job before his death, as Santa Claus in a New York state mall). Rondeau walked away from what he believed was the ‘Big Business and Industry Slavery’ of 20th century America. He lived alone in the Cold River area from 1929 and was considered a real man of nature—climbers frequently visiting the region nicknamed one of his huts (Rondeau built several wigwams and tepees throughout the area) the ‘town hall.’ An amateur of astronomy, and a consummate violinist (his music could sometimes be heard by hikers in the river valley), Rondeau was above all else a superb woodsman displaying brilliant bush craft skills, which he’d learned as a young man from a member of the Abenaki Indian tribe. Perhaps the most bizarre part of Rondeau’s story is his fame. Throughout the 1940s and 50s he appeared at numerous sportsmen’s shows across Northeast America to talk about his success in big game hunting and trapping. On one occasion he was even airlifted to an event by helicopter. Regardless of his brief stint in the spotlight, throughout his life, Rondeau was an incredibly secretive person. All of his journals were written in a cipher, which wasn’t cracked until some 25 years after his death in 1967. 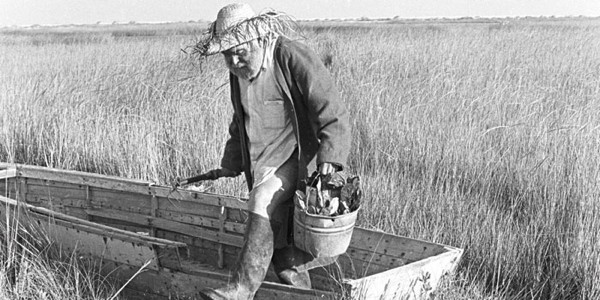 Harrill was a man entering his 60s without a lot to lose. He’d knocked about from dead-end job to dead-end job and endured several broken down relationships. It was no wonder that he turned his back on the conventional life and moved to an abandoned World War 2 bunker in North Carolina. It was here that he became known as The Fort Fisher Hermit. Living in less than auspicious circumstances you would expect Harrill’s diet to be more than shoddy. But the man lived off oysters he plucked from the sea and vegetables he’d coaxed into life with his own bare hands. Unlike many hermits however, Harrill didn’t shun the limelight, quite the contrary. In the 1960s he was the second most popular ‘tourist’ attraction in the state of North Carolina and his bunker had a guest book for its various visitors to sign.

The local authorities weren’t a fan of Harrill however, and attempted to prosecute him with charges of vagrancy on numerous occasions. Miraculously, Harrill was always able to defend himself successfully in court and the local police eventually gave up and let him live in peace. Harrill died in 1972 in mysterious circumstances. The cause of death was listed as cardiac arrest but many believe Harrill was the victim of an attack from a brutal local gang. 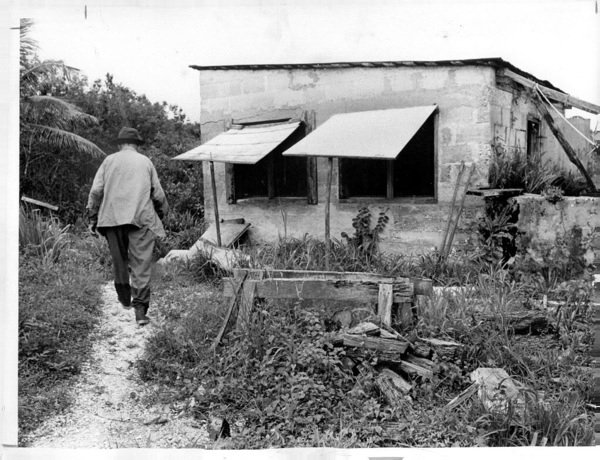 Darwin, aka The Hermit of Posseum Key, lived in the Everglades National Park in Florida. In 1945, at the age of 70, he erected a hut there but would remain in the park until his death in 1977, at the epic age of 112. In 1960, Darwin survived Hurricane Donna even though he was only protected by his self-built sand-and-shell hut. Although The National Park Service banned hermits from living in the Everglades from 1947, after a lengthy court battle (where Darwin’s attorney stated that one of his biggest worries was trying to convince Darwin to wear shoes to court) the hermit was allowed to stay as long as he signed over property of the land to the state. A hunter and carpenter, Darwin had no running water or electricity and cooked his food from a camping stove. He grew vegetables and had a livestock of rabbits from which he would feast. 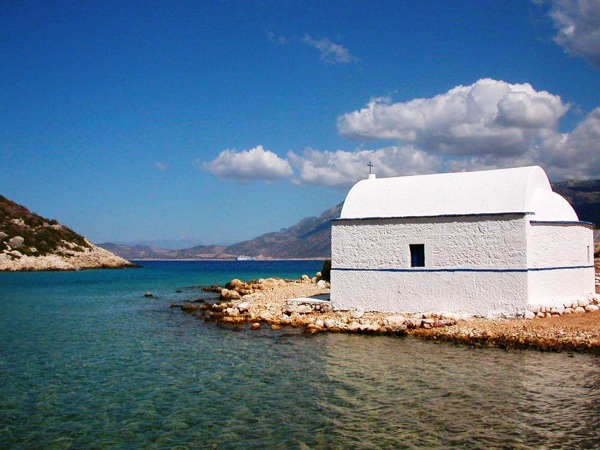 Achladioti was a Greek woman born on the island of Kastellorizo in 1890 and lived there until the late 1930s. Shortly after the break out of the second world war however, Achladioti, with her husband and elderly mother, vacated their home and moved to the deserted island of Ro. The family of three lived on the island, with goats and chickens, for a good few years until both her husband and mother died. Achladioti remained on the island for another 40 years earning the nickname The Lady of Ro, before dying in 1982. A patriot until the day she died, Achladioti raised the Greek flag every single day. As a result, she was buried on the island with full military honors. 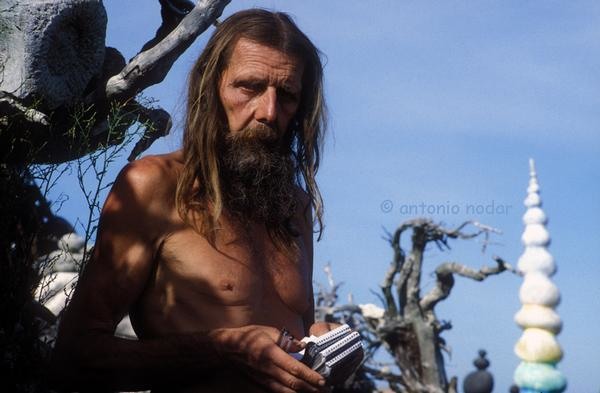 Born in Germany in 1940, Gnädinger affectionately became known as just Man when he moved to the small village of Camelle on the Costa da Morte in Galicia, Spain. Some believe Man moved to the region on a pilgrimage but nobody quite knows why he stayed. Man was a sand sculptor who would build large sculptures on the beach where he lived. Content with living in his 2×3 meters cabin, eating foraged food, jogging daily and wearing nothing but a loincloth his quiet existence would have more significance than your typical hermit. Having chosen to live on the fringes of life he was somewhat thrown into the thick of Spanish affairs after the 2002 oil spill of the Prestige. The spill destroyed much of the beach and irrevocably damaged the ecosystem throughout the surrounding area. Man, in grief, locked himself in his cabin and wasn’t seen for days. Eventually the local community, who had become concerned with their talismanic hermit, broke into the cabin and found Man dead. Man’s legend lived on however, as some environmentalists claimed the hermit had died from the shock and sadness of the spill. Within days, national and international press picked up the story and Man became known as the first ever human to be ‘killed’ by an oil spill. To this day, Man is a symbol of the tragic loss of life and the destruction caused by oil spills the world over. 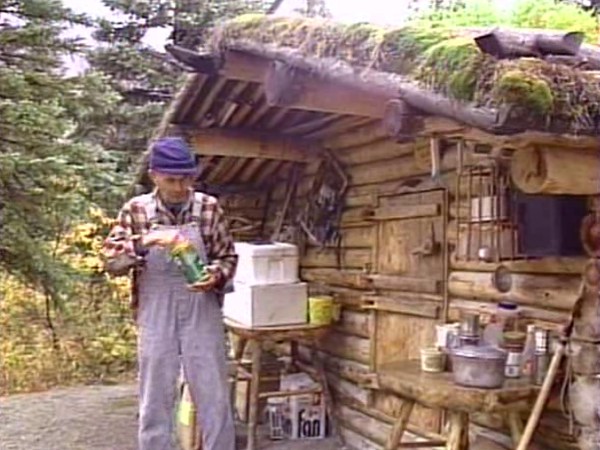 Also known as the Alaskan Wilderness Hermit, from 1968 Proenneke spent the remaining years of his life in a cabin in complete solitude in one of most remote areas in the world—the Twin Peaks region of Alaska. His cabin alone was an amazing feat, built from hand tools entirely by Proenneke himself—the interior wouldn’t look out of place in a holiday brochure. Proenneke was also an amateur naturist who kept a daily journal, filling it with his observations of the local fauna and flora and his reflections on life in the wilderness in general. Although Proenneke mostly ate food he’d foraged from the land, he also had a close friend who would deliver him supplies once every year, by plane. One Man’s Wilderness: An Alaskan Odyssey by Sam Keith, which was written using the journals of Proenneke won a National Outdoor Book Award in 1999. In it, Proenneke is quoted as saying, ‘What a man never has, he never misses.’

Born in Somerville, Massachusetts, MacDonald was a pacifist who refused to fight in World War 2. Instead, one morning in the early 1940s, he walked into the wilderness of Nova Scotia and never looked back. MacDonald lived in the woods for the best part of 60 years until a forest fire destroyed his cabin in 2002. Whereas many authorities try to move hermits on, the county officials of Gully Lake reacted in the complete opposite manner, building MacDonald his own hut in 2003. MacDonald, however could never settle in his new home and he soon fled back into the woods. His body was discovered on June 27, 2004. MacDonald is a character of some controversy as he was the first ever Canadian to be paid a state pension without ever holding down a job. Not to mention the fact that some consider him as a deserter of the war effort. 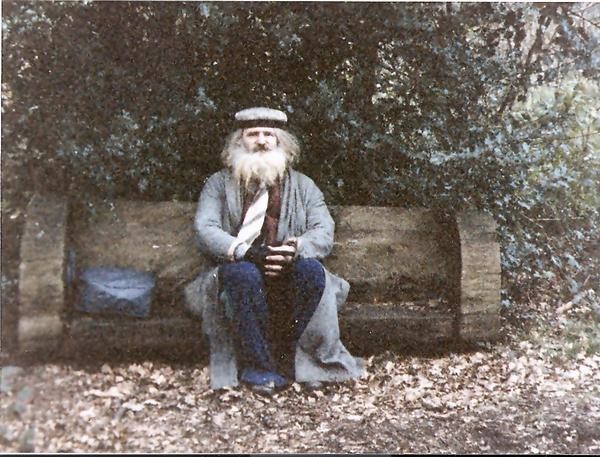 Stawinoga was a popular figure to the people of Wolverhampton, England. But in truth, you could hardly miss him. Fred lived in a tent on an island in the middle of the Ring Road for well over 40 years until his death in 2007. Local Sikhs and Hindus even began to honour him as a holy man and he was awarded an honorary degree by Wolverhampton Polytechnic. The Polish national fought against the Soviet Invasion of Poland in 1939 before fleeing his native land and moving to England in the late 1940s. He held various jobs, before eventually putting all his possessions in a pram and taking up residence on the Ring Road. He died in 2007 at the grand old age of 86. Wolverhampton City Council paid for his funeral. 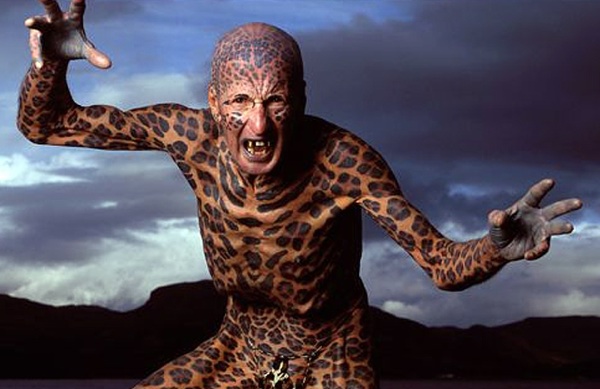 Lepperd by name, Leopard by nature; if by nothing other than appearance. Shortly before Leppard moved to the Isle of Skye in Scotland the 53 year old paid for his entire body to be covered in leopard spot tattoos, had leopard eyes tattooed over his eyelids and cat-teeth implants placed on his gnashers. According to the Guinness Book of Records, he is the former most tattooed senior on Earth. Born in Woodbridge, Suffolk, England Leppard endured a torrid and brutal time both in education and the armed forces. Eventually Leppard turned his back on society and moved to a small cabin on the Isle. He would pick up provisions, as well as his state pension, once a week from the local town which he would travel to by kayak. Leppard lived on the Isle for nearly twenty years. Now in his 70s, he lives in a cottage in Broadford, Skye.