Islands have appeared in works of fiction since time immemorial (as you will see in item 1), and they are often the location of mysterious or unusual happenings. In tribute to the series finale of ABC’s Lost and the opening of a new Island of Adventure (the Harry Potter area) at Universal’s amusement park in Florida, below is a list of the Top Ten Mysterious Islands in Fiction in reverse chronological order. 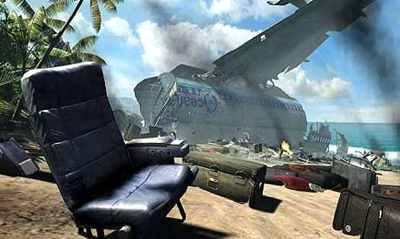 “The Island” is the major setting of the six-season-long television show Lost, as well as a video game that featured time travel, slave ships, supernatural monsters, large deadly non-native-to-the-island animals, hidden treasures, scary scientists, potential to sink into the ocean, supervillains, references to antiquity, etc.—just about as much of a combination of the various aspects of the remaining islands rolled into one. 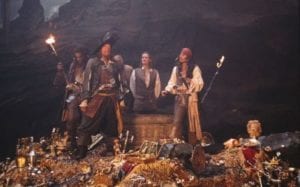 First appeared in: Pirates of the Caribbean: The Curse of the Black Pearl (2003)

Isla de Muerta, loosely translated as “Island of the Dead,” was a mysterious phantom isle located in the Caribbean and first introduced in the movie Pirates of the Caribbean. Marked on no map, this island of death could not be found, except those who knew where it was. According to legends and lore, Isla de Muerta was the location of the treasure of Cortés, a prize among many treasures that buccaneers and adventurers, even Captain Jack Sparrow, were interested in finding. It was here that Captain Barbossa sailed the Black Pearl and found the treasure, leading to a curse on him and his crew. Sometime after the crew’s curse was lifted, Isla de Muerta would be swallowed into the sea, vanishing from the face of the earth. 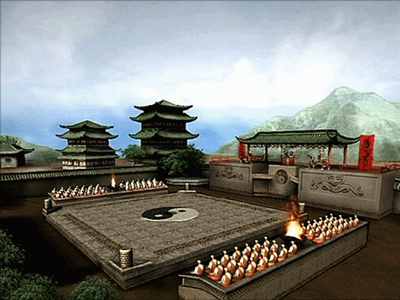 Shang Tsung’s Island appears as the tournament setting in a video game version of the secret martial arts tournament—a premise seen in such earlier films as Enter the Dragon. It adds much more in the way of the supernatural and, in 1995, resurfaced in the theatrically released film version. Shang Tsung is a powerful and deadly wizard and the primary antagonist in the series. He is a shapeshifter who absorbs the souls of those he slays to maintain his youth and power. 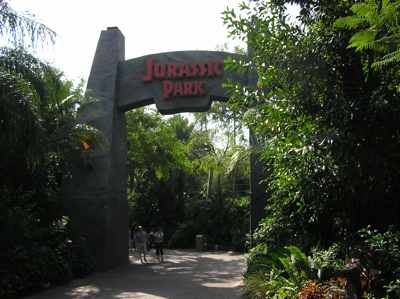 For the film, Spielberg used the island of Kauai as a stand-in for Isla Nublar (intended to mean “Cloud Island” in Spanish). Aside from serving as the primary location of a blockbuster film and novel, Isla Nublar is perhaps the only island people can actually visit, in a manner of speaking, due to its replication as one of the Islands of Adventure at Universal Orlando.

The Asian island served as one of the alternate titles for the film (Han’s Island) and as the main setting for a mysterious martial arts competition, setting the stage for such later, similarly plotted (albeit more fantastical) films as Mortal Kombat (1995). Interestingly, a similarly named island (Hans Island) is a tiny island in the Nares Strait over which both Canada and Denmark claim ownership. This disputed claim led to a Google war as each nation spammed Google search results to support their ownership. 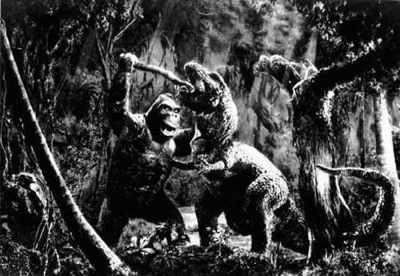 Skull Island is the home of the eponymous King Kong and several other species of creatures, mostly prehistoric. In some cases, species that should have been extinct long before the rise of mammalian creatures, such as gorillas, along with a primitive society of humans. It is the main setting of three major films, a tie-in video game of the most recent film, and a pseudo-documentary and companion book about expeditions and animal life on the island.

4
The Island of Doctor Moreau 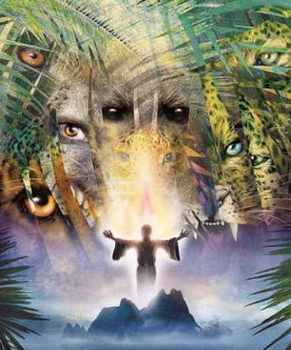 First appeared in: The Island of Doctor Moreau (1896)

Multiple film adaptations, and the whole notion of animal experimentation by a mad scientist, serve as a definite precursor to Jurassic Park if not the varied research by the Dharma Initiative and even the Ben Linus-era Others on Lost. The island is home to Dr. Moreau, who spends his time creating animal-human hybrids, who terrorize the book’s protagonist. The British Union for the Abolition of Vivisection was formed two years after the publication of the novel. 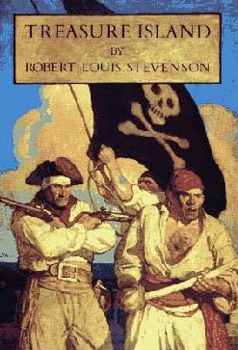 Treasure Island is a tale of “pirates and buried gold” by Robert Louis Stephenson. In addition to the numerous film and television adaptations of the novel, the characters, setting, and events of this novel have greatly influenced the modern imagery of pirates, including treasure maps with an “X,” schooners, the Black Spot, tropical islands, and one-legged seamen with parrots on their shoulders. 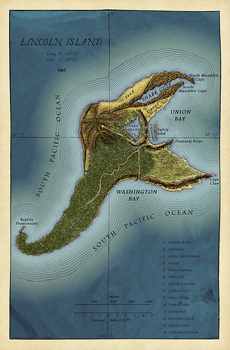 First appeared in: The Mysterious Island (1874)

The original “mysterious island” that first appeared in a novel has since served as the main plot location in at least a half dozen films. Mysterious Island (the book) was a sequel to Jules Verne’s famous Twenty Thousand Leagues Under the Sea and In Search of the Castaways, though, thematically, it is vastly different from those books. While on the island, the main characters find a message in a bottle which serves as part of the mystery theme. 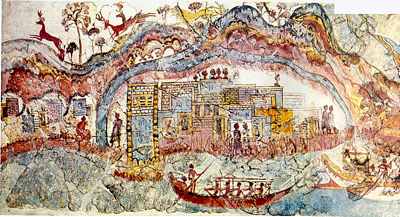 First appeared in: Timaeus (360 BC) by Plato

Arguably the inspiration for many other islands listed above, Atlantis’s appearances in television and video games are incredibly diverse, from playable levels in Arctic Thunder and Guitar Hero: Smash Hits to the titular location in television’s Stargate Atlantis. Of course, while we are reasonably confident that no actual island has housed Dr. Moreau’s experiments, smoke monsters, or Cortés’s cursed treasure, Atlantis may have actually existed. Sure, the search for it has attracted the attention of such fictional heroes like Indiana Jones. Still, many real-life archaeologists and explorers alike have devoted much time and effort to that quest as well.