Scientific laws—as well as laws from the realm of the social sciences—study, describe, and explain certain phenomena. The term “law” in this case is often used analogously with “principle,” as the two are effectively identical. Laws differ from hypotheses and postulates, as they are better verified through experimentation and study. Certain laws are well-known—Newton’s laws of motion and Murphy’s law, to name two—but laws are being researched, created, and named all the time. Did you know about the law that suggests that the longer an online discussion goes, the greater the likelihood that someone will mention Hitler? What about the law that suggests a need for feminism BECAUSE of articles about feminism? Or the law that states the the lower the stakes of an argument, the more vicious the debate will get? For these and more, read on! 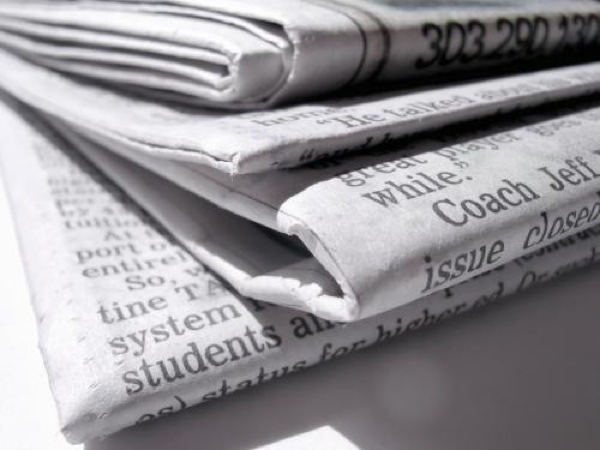 Betteridge’s law—sometimes referred to as Davis’s law, or the “journalistic principle” from Murphy’s law—states that “any headline which ends in a question mark can be answered by the word no.” The adage, named after British tech journalist Ian Betteridge (though he wasn’t the first to make note of it), displays a cynicism over headlines that attempt to lure readers into an often outlandish and unproven story. Headlines like “will the world end tomorrow?” and “have scientists cured cancer?” are pretty obviously answered in the negative.

The next time you run across a newspaper headline that asks a question (more specifically, a yes-or-no question), try to answer “no.” Most often, you’ll find that you’re right—Betteridge’s law makes note of the fact that this type of headline is a lazy, sometimes fear-mongering way of drawing a reader in. 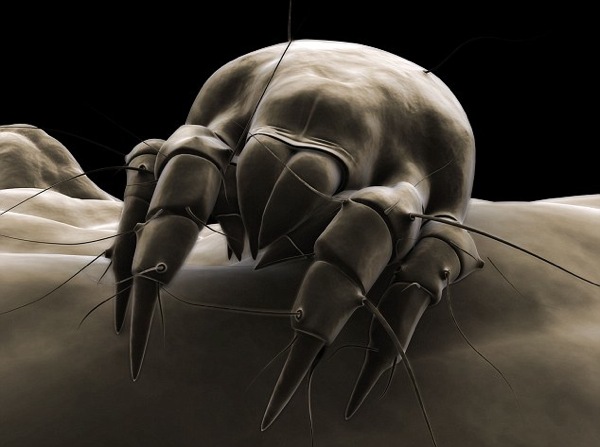 Dollo’s law, simply put, states that evolution moves only in one direction. In other words, traits that have been lost do not later reappear; animals do not regrow a limb, for instance, that was discarded by their ancestors, nor do they revert back to any previous form. The hypothesis was proposed in 1893 by Louis Dollo, a French paleontologist, who studied the seemingly irreversibly forward nature of evolution. Richard Dawkins, skeptical of the nature of law, sees it differently: the law is “really just a statement about the statistical improbability of following exactly the same evolutionary trajectory twice (or, indeed, any particular trajectory), in either direction.”

Scientists, unsurprisingly, have found a hole or two in the Dollo’s theory. Biologists from the University of Michigan have been studying the dust mite, which are tiny arachnids that live all over the place in our homes. The research has suggested something that appears to contradict Dollo’s law: it seems that dust mites were once parasites (only capable of living when attached to a host), and that prior to that they evolved from another free-living immediate ancestor. In short, the dust mite was free-living, then a parasite, then free-living again, which does appear on the surface to be “evolution in reverse.” A few other possible exceptions to the law include the wings of stick insects and some of the musculature in primates. 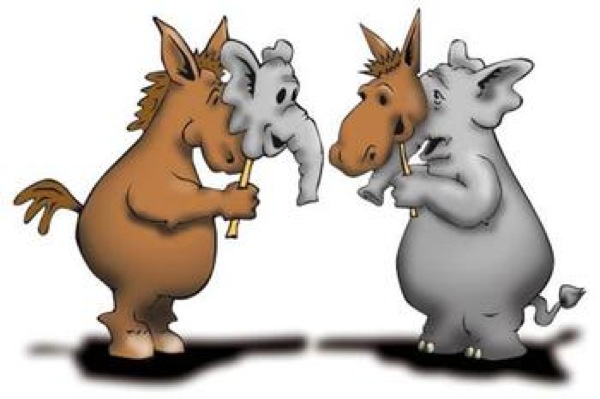 Duverger’s law is a principle from the field of political science that claims that two-party systems are the result of “plurality rule” elections. The law, proposed by French sociologist Maurice Duverger, states that in any electoral system where each voter gets one vote for one candidate and the candidate with the most votes wins (sometimes called the first-past-the-post system), a two-party system will likely develop and maintain itself. Third parties, as a result, are marginalized. The law is not, of course, absolute, as there are plurality voting systems where it hasn’t occurred, but for the most part it holds true to some degree.

Duverger proposed a few reasons for this effect. He argues that alliances between weaker third parties are unlikely to happen, and that those third parties will be driven out. Voters are also worried their votes will, in effect, “not count,” so the vote totals for third parties end up artificially low; voters try to pick the major candidate from the two dominant parties who most closely matches their candidate. A 2-party system is self-reinforcing, and as many have argued, can be harmful to the political health of a country. 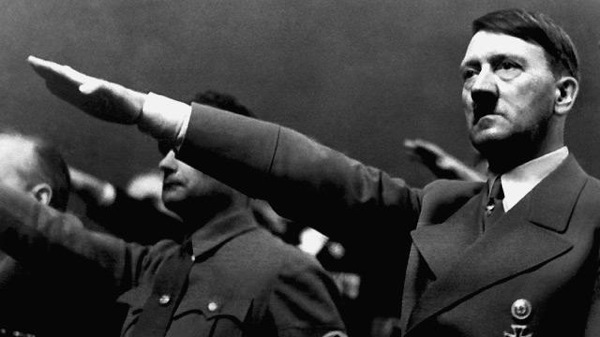 If you’ve ever used the internet—and given that you appear to be reading Listverse, there’s a decent chance you have—chances are you’ll have experienced at least one instance of Godwin’s Law in your lifetime. Back in 1990, American attorney and author Mike Godwin developed what he called “Godwin’s Law of Nazi Analogies,” which stated: “As an online discussion grows longer, the probability of a comparison involving Nazis or Hitler approaches one.” In other words, the longer a comment thread, the more likely someone will invoke Hitler as a means of winning an argument.

While there may be a certain truth to the law, Godwin has claimed that he never intended his adage to be considered absolute law. Rather, he conducted an experiment in “memetics”—the study of memes—to see if he could produce what he termed a “counter-meme.” Godwin saw the ridiculous overuse of glib Nazi comparisons as an undesirable meme in usenet forums, so he created and pushed forward the adage to create an awareness of it, and potentially, to try to curtail it. 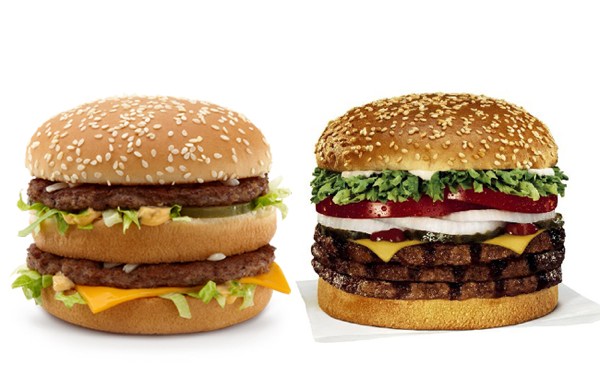 Have you ever wondered why restaurants and food manufacturers often produce foods that are virtually identical? Why you can get a burger a McDonald’s, or go across the street for an almost-indistinguishable one from Burger King? Why you can choose between Coke or Pepsi? Why the bakery on the corner made a new raspberry scone, and the one a block away decided to make their own version shortly thereafter? This is an economic phenomenon known as Hotelling’s Law—or, alternately, as the principle of minimum differentiation—and it suggests that in certain markets, it is sound business practice to make products are that are as similar as possible.

The law was identified and studied by economist Harold Hotelling in a 1929 article called “Stability in Competition.” Essentially, he suggests that in certain situations, competitors experience a natural tendency to gravitate towards a common middle ground. One vendor makes a small change, the other vendor matches it, and so on until two products are nearly indistinguishable. Hotelling’s law shows up in politics, where candidates (especially in two-party systems) tend to gravitate towards the middle and away from the extremes. 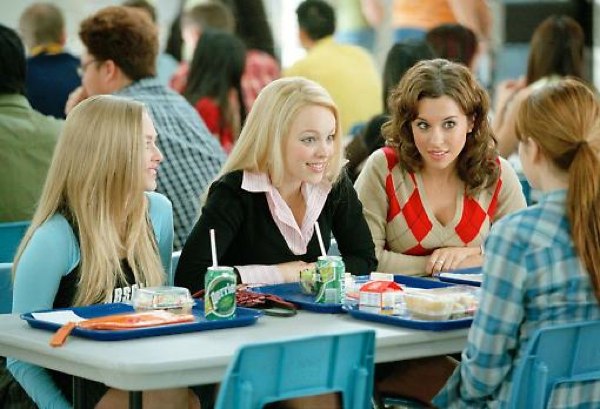 Lewis’s law is not so much a scientific or social law so much as an observation about the continuing need for gender equity, especially in the online and tech worlds. In 2012, British journalist Helen Lewis noted in a tweet that “the comments on any article about feminism justify feminism,” a sentiment she called “Lewis’s Law.” Essentially, Lewis argues that any online article that discusses feminism tends to see a proliferation of comments that, in effect, justify the very existence of—and need for—feminism. So automatically replete with hostile, sexist comments are these discussions that they suggest we are still far from a society that treats women as equal to men. 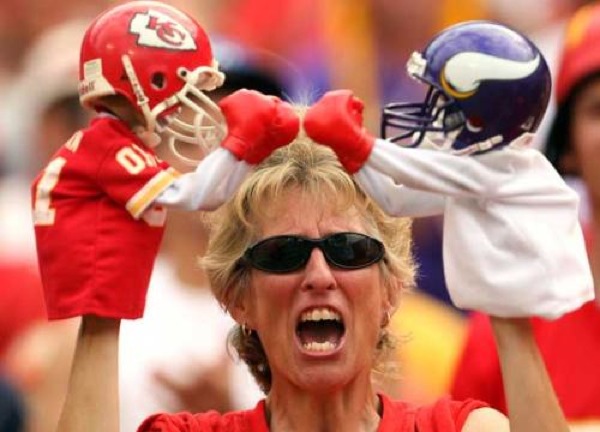 Have you ever noticed that the lower the stakes of an argument, the more vociferous the fighting becomes? Academic Charles Philip Issawi explains it thusly: “In any dispute the intensity of feeling is inversely proportional to the value of the issues at stake.” The law is named after Colombia University political scientist Wallace Stanley Sayre, who noted that political debate in the academic world is so vicious and cruel because none of it actually matters all that much.

This law is related to another political science adage, Parkinson’s law of triviality, which argues that organizations spend most of their time arguing about insignificant details, giving short shrift to more pertinent issues. Named after humorist C. Northcote Parkinson, the law is also called the “color of the bike shed” effect; this stems from an example he gave of a committee meeting spending little time on the issue of an atomic reactor, and a huge amount of time on the color of a bike shed. As Parkinson stated, “The time spent on any item of the agenda will be in inverse proportion to the sum involved.”

Fitts’s law seems obvious, unexciting, and perhaps trite at first glance. In short, it states that the time required to move a pointer to a target depends on how far the pointer is from that target, and how big that target is. The law applies to a physical finger—or other pointing mechanism—or the virtual act of touching a cursor on a computer to a target image.

Proposed by psychologist Paul Fitts in 1954, Fitts’s law has become one of the most famous laws of human motion. During his life, it had applications in the world of airplane safety (placement of buttons and controls in a cockpit), as well as investigating allegations of UFO sightings. Where Fitts’s law has had the greatest impact, however, is designing user interfaces (UI) on websites and computer programs. In short, the bigger a clickable object is, and the closer it is to the computer cursor, the easier it will be to click on. This has all sorts of implications for designing UI; programmers and web designers who have studied the law can use it to make all kinds of decisions about the information on a page, where it is, how big it is, and how to make it most optimally accessible. This seemingly obvious and simple law has vast, complex interpretations and applications and in many ways serves as the foundation for UI work. 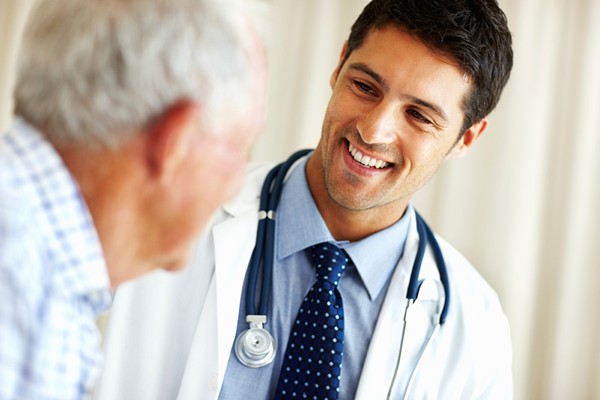 Sutton’s law, closely related to Occam’s Razor, states that when one is attempting to diagnose a problem (especially in the medical field), one should consider the most obvious solution first. Procedurally, what this means is that doctors should always attempt to rule out the most obvious diagnosis before moving onto something more complicated. While the law may strike you as obvious, it is explicitly taught to medical students as a way of cautioning them to avoid overzealousness in their diagnoses.

Amusingly, the law is named not after a preeminent medical figure, but rather after a bank robber. The story goes that Willie Sutton, a career criminal who successfully robbed banks for years (to the tune of $2 million, by some estimates), was asked: “Willie, why do you keep robbing banks?” Sutton replied, “because that’s where the money is.” Though Sutton denies the quote, his name remains attached to a fundamental medical principle.

R.J. Smeed, a British statistician who studied traffic patterns, proposed Smeed’s Law in 1949. The law attempts to connect traffic fatalities to congestion, suggesting that when the number of cars increases, so do the fatalities per capita; conversely, though, the fatalities per VEHICLE actually drop. While apparently true for the time period Smeed was studying, researchers have argued that as car designs get safer and safer, his law has become less and less applicable and relevant.

Smeed held a number of controversial ideas about transportation, including the notion that the average speed of traffic in central London would always be 9 miles per hour because people do not tolerate anything faster. His law is, at heart, a psychological one; Smeed postulated that, as friend Freeman Dyson put it, “people will drive recklessly until the number of deaths reaches the maximum they can tolerate.”