Generations of children have enjoyed circuses; the death-defying acrobatics, wild animals, tight-rope-walkers, and clowns team up to entertain, intrigue, and dazzle the young crowd.

However, the life of a circus performer is not all successful stunts and cheering children. As these ten circus accidents demonstrate, life in the ring has seen its fair share of death and destruction as well. 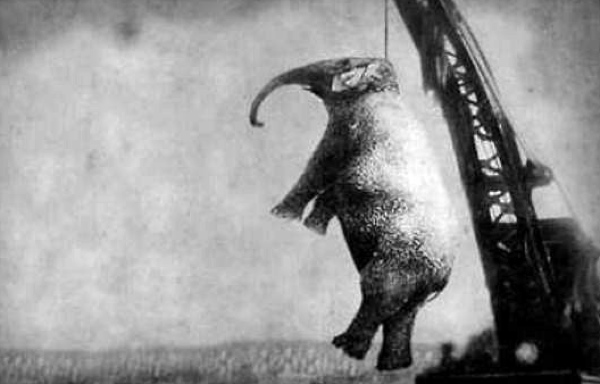 We begin our list with a well-known tragedy—the execution of an elephant. On September 12, 1916, Mary trampled her handler, Red Eldridge, to death. There are various accounts of what led to the attack—from Eldridge prodding Mary with a stick and infuriating her to speculation that she was simply bored.

While Eldridge’s death was tragic and gruesome, Mary’s fate might be even more so. The people of Kingsport, Tennessee, demanded retribution for Eldridge’s death, so it was decided that Mary would hang for her crime. On September 13, a crowd of 2,500 people (mostly children) gathered to watch Mary’s execution. Mary was hung from the neck by an industrial crane. However, the chain around her neck snapped, and she slammed to the ground, breaking her hip. A heavier-gauge chain was used to hang Mary for a second time, and she swung for half an hour before being dumped in a hastily dug grave. 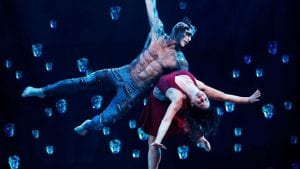 Cirque du Soleil has always been known for its extremely high levels of artistry and safety. Before 2013, the circus hadn’t suffered a fatal on-stage accident in its long history. Unfortunately, that record was broken by a terrible tragedy that occurred in Las Vegas during a performance of its Vegas staple, “Ka.”

Sarah Guyard-Guillot was a 31-year-old aerialist performing in the final battle scene of the show. She was wearing a motorized safety harness, but she ascended too quickly at one point and struck a catwalk above her. The cable jumped from the pulley wheel of the harness and was cut by a sharp edge. Guyard-Guillot fell more than 90 feet (27.4 meters) into an open pit below the stage while onlookers watched in confusion. She died of her injuries en route to the hospital. A new safety system was installed to lift performers more gradually, and the act eventually returned to the stage after a hiatus of 18 months. It’s still performed five nights a week at the MGM Grand in Las Vegas. 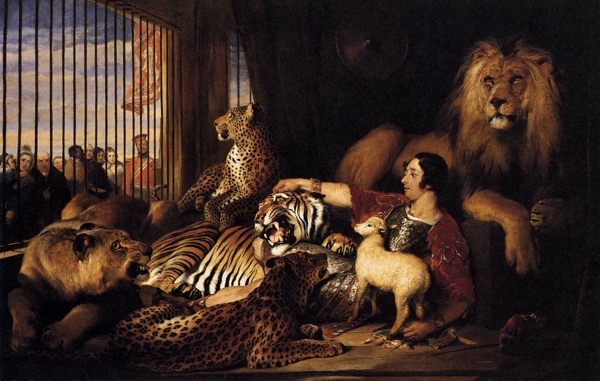 Massarti (Thomas MacCarte) was a bold, but rash, one-armed lion tamer.  On January 3, 1872, he was performing in Bolton, England with Manders’ Menagerie. For unknown reasons, a lion named Tyrant attacked him—and the three other lions in the act quickly joined in. Massarti was nearly scalped when a lion bit his head and was torn apart in front of several hundred witnesses. 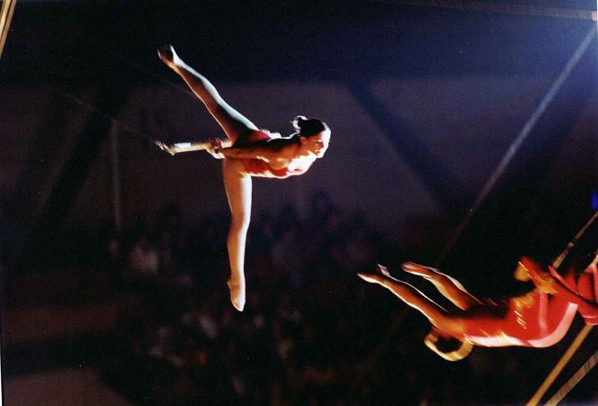 The trapeze is undoubtedly one of the most dangerous circus acts around and requires a good deal of strength and flexibility. All the training in the world, however, cannot prevent a mechanical failure. In 1872, Fred Lazelle and Billy Millson, two famous trapeze artists, crashed to the ground when their trapeze mechanism failed. George North, a gymnast, was unfortunately beneath the trapeze when it fell. All three men were injured; Millson likely broke his ribs, and North suffered internal injuries. 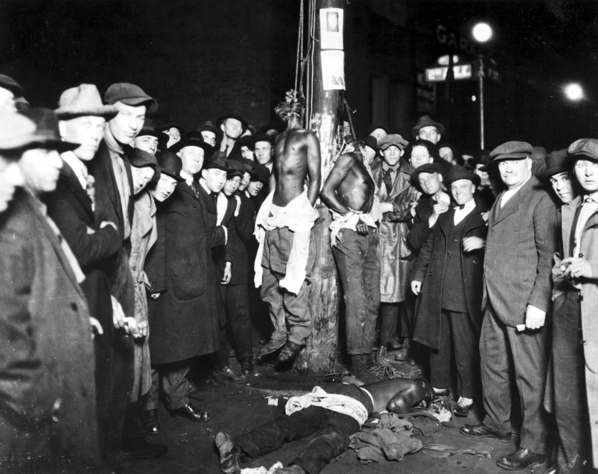 Another tragedy to befall circus workers comes from a dark chapter in American history.  On June 14, 1920, the James Robinson Circus arrived in Duluth, Minnesota. Nineteen-year-old Irene Tusken and eighteen-year-old James Sullivan watched African-American circus workers load the circus wagons. Later that night, Tusken claimed that six of those circus employees had held her at gunpoint and raped her. The police quickly arrested six men in connection with the rape.

Shortly afterwards, a mob of between five thousand and ten thousand people formed, broke into the jail, and after a mock trial, declared Elias Clayton, Elmer Jackson, and Isaac McGhie guilty of the rape. The mob beat the men and dragged them to a light pole on the corner of First Street and Second Avenue East, where they were lynched. 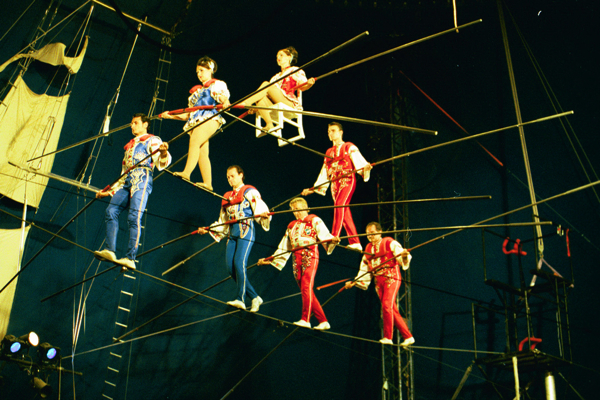 The Flying Wallendas were an old circus family that consisted of Karl, his wife Helen Kreis, his brother Herman, and numerous other family members.  Karl Wallenda pioneered an act called the Seven-Person Chair Pyramid, in which seven people balanced on tightropes (and a chair) thirty-two feet in the air without the use of safety nets.

The Wallendas were undoubtedly excellent acrobats and daredevils; but in 1962, their act went horribly wrong. The lead man faltered, and three people crashed to the ground. Karl Wallenda’s son-in-law, Richard Faughnan, and Wallenda’s nephew, Dieter Schepp, were both killed. Wallenda’s adopted son, Mario, was paralyzed from the waist down. 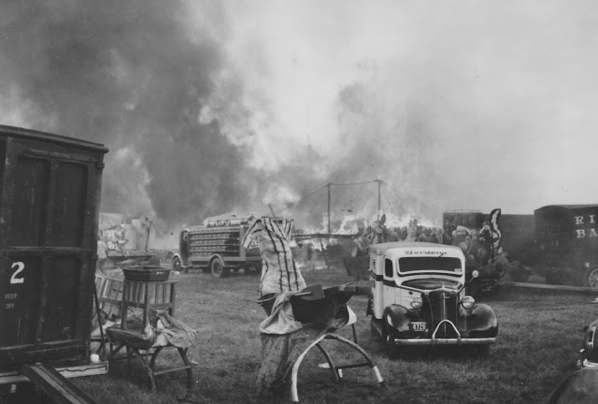 Although there were no human fatalities, the Cleveland Circus Fire of 1942 was a horrific event that caused the deaths of over one hundred circus animals. A fire of unknown origin started near the menagerie tent of the Ringling Brothers and Barnum & Bailey Circus. Spectators and circus workers easily escaped the flames, but the fire spread so quickly, it became impossible to save all of the animals.

Nine cages—filled with lions, tigers, and zebras—burst into flames. Some animals were able to escape the blaze, but twenty-six others were so badly burned they were put down by policemen with machine guns.

In 1903, two separate Wallace Brothers Circus trains crashed into each other. The first train had slowed to a halt on the railway tracks, and although the conductor of the second train saw the warning light, the brakes failed, and the two trains collided. In all, 30 circus workers were killed and another 27 injured. Several animals also died in the crash, including an Arabian horse, three camels, one great dane, and an elephant named Maud. 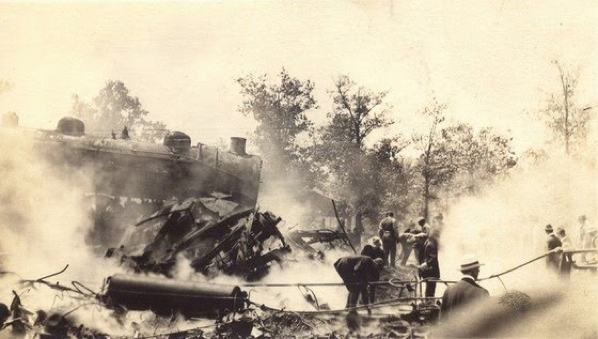 On June 22, 1918, the Hagenbeck-Wallace Circus was traveling via railroad to Hammond, Indiana. The train had stopped for the night, and many of the circus performers were asleep in the wooden train cars. At 4:00 am, a Michigan Central Railroad troop train slammed into the circus train at thirty-five miles per hour. The driver of the troop train, Alonzo Sargent, had fallen asleep at the wheel and so did not see the warnings posted about the stopped circus train. 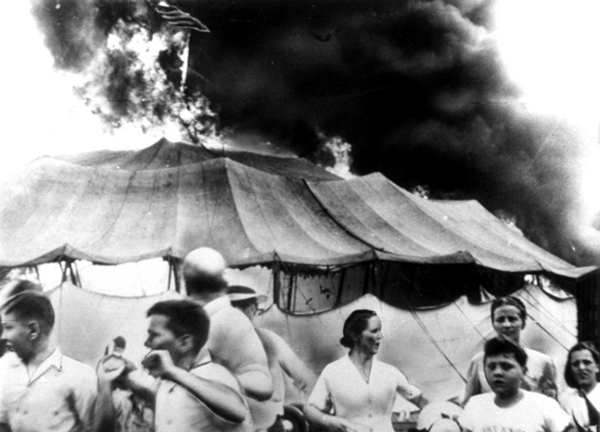 This tragic event is arguably the most well-known on our list due to the scale of the fire and the extensive loss of life. On July 6, 1944, a small fire began in the southwest sidewall of the Ringling Brothers and Barnum & Bailey big top circus tent. Because the tent was water-proofed with paraffin wax and gasoline, the fire spread rapidly.

Understandably, the crowd of 7,000 spectators panicked and rushed towards the exits. But two of these exits were blocked by chutes used to bring in circus animals—and in the ensuing stampede, circus goers were trampled, crushed, and asphyxiated under the weight of fallen people. As the flames spread, other spectators simply burned to death or else died as a result of smoke inhalation. In a panic, some people tried leaping from the bleachers to avoid the fire; but this attempt to escape actually killed more people than it saved.

In the end, an estimated 169 people died, and more than seven hundred were injured.