Let’s be honest: space is an absolutely crazy place. Most science fiction writers throw in a planet with two stars that looks vaguely like Southern California, and call it a day. But the cosmos is a lot stranger than we give it credit for: 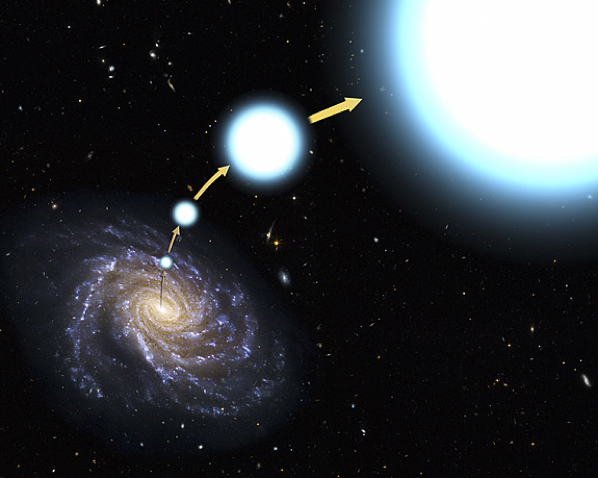 Everyone knows that shooting stars are just meteors entering the atmosphere, right? If you didn’t, congratulations—you just failed the fourth grade. What some people don’t know, however, is that real shooting stars exist as well; they’re called hypervelocity stars. These are big, fiery balls of gas rocketing through space at millions of miles per hour.

When a binary star system is gobbled down by the supermassive black hole (that’s the scientific term, by the way) at the center of a galaxy, one of the two partners is consumed, while the other is ejected at high speed. Just try to imagine a huge ball of gas, four times the size of our sun, hurtling out from our galaxy at millions of miles per hour.

9
The Planet From Hell 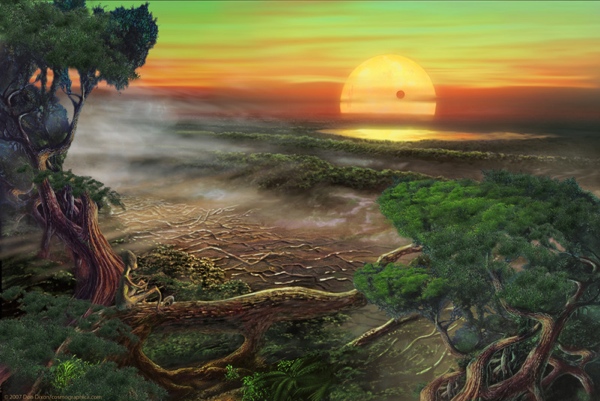 Gliese 581 c wants to kill you. Seriously. Scientists have determined that this hell of a planet is the most likely candidate for future colonization, despite the fact the entire planet’s out to get you.

This planet orbits a red dwarf star, many times smaller than our Sun, with a luminosity of only 1.3% of our sun. This means that the planet is far closer to its star than we are to ours. Because of this, it is stuck in a state of tidal locking, meaning that one side of the planet is always facing the star, and one side is always facing away—just like our moon’s relationship with Earth.

The tidal locking of the planet alone results in some pretty odd features. Stepping out onto the star-side of the planet would immediately melt your face off, whereas standing on the opposite side of the planet, where there is no sun, would freeze you instantly. However, in between these two extremes is a small belt where life could theoretically exist.

Living on Gliese 581 c would have its challenges, though. The star it orbits is a Red Dwarf, which means that it is at the lower frequency end of our visible spectrum, bathing the entire sky of Gliese 581 c in a hellish red color. Another side effect of this is the fact that photosynthesizing plants would have to adapt to the constant bombardment of infrared radiation, rendering them a deep black color. That Greek salad wouldn’t seem so appetizing any more…

As if one or two giant, fiery balls of gas weren’t enough, here we have the Castor System. As one of the two bright stars from the Gemini constellation in our night sky, it has some serious luminosity. This is because the Castor System isn’t one, or two, but six stars, all orbiting around a common central mass.

Three binary star systems orbit each other here, with two hot and bright A-Type stars being stuck in the system, as well as four M-type red dwarves. All together, though, these six stars put out roughly 52.4 times more luminosity than that of our sun. 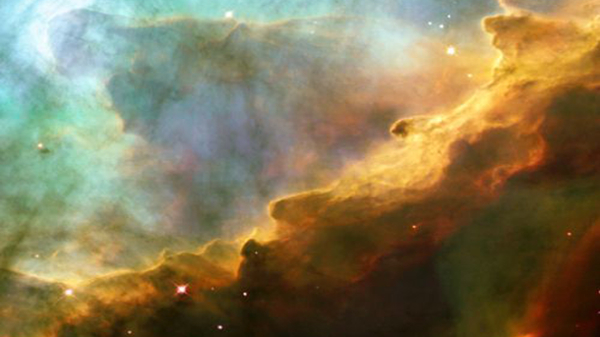 For the last few years, scientists have been studying a dust cloud near the center of our Milky Way galaxy. If there’s a God out there, it seems that he decided to get creative—this dust cloud, named Sagittarius B2, smells of rum and tastes like raspberries.

The gas cloud in question consists largely of ethyl formate, which is known to give raspberries their taste, and rum its distinctive smell. This large cloud is said to contain a billion, billion, billion liters of the stuff—which would be great, if it wasn’t rendered undrinkable by pesky particles like propyl cyanide.

The creation and distribution of these more complex molecules is still a mystery to scientists, however, so we won’t be opening up an intergalactic pub anytime soon.

6
A Planet of Burning Ice 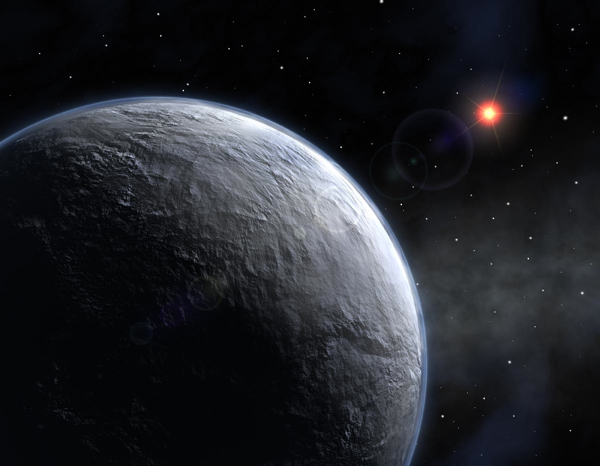 Do you remember Gliese? That hell-hole of a star that we visited earlier? We’re heading back to the same solar system for this one. As if one murderous planet wasn’t enough, Gliese supports a planet made almost entirely out of ice—at 439 degrees Celsius.

Gliese 436 b is, quite simply, a burning ice cube. Imagine Hoth from Star Wars—except that it’s on fire. The only reason this ice stays solid is because of the huge amount of water present on the planet; the gravity pulls it all in towards the core, keeping the water molecules so densely packed that they cannot evaporate. 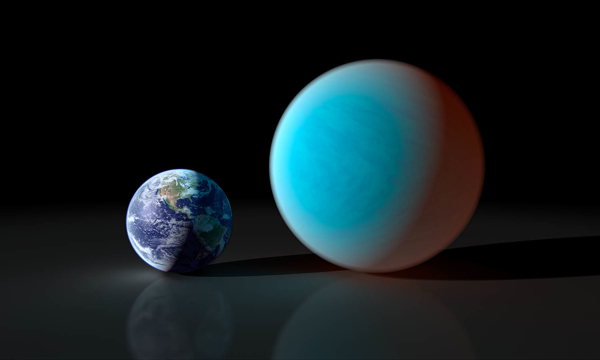 Finally: a planet fit for Oprah, or perhaps even Bill Gates. 55 Cancri e—made entirely out of crystallized diamond—would be priced at 26.9 nonillion dollars. That’s the kind of stuff that even the Sultan of Brunei dreams about at night.

The huge diamond planet was once a star in a binary system, until its partner began to cannibalize it. However, the star was not able to pull its carbon core away, and carbon is just a ton of heat and pressure away from being a diamond—so at a surface temperature of 1648 degrees Celsius, the conditions are almost perfect.

One third of the mass of the planet is said to be pure diamond, and whereas Earth is covered in water and abundant in oxygen, this planet is made mainly of graphite, diamond, and a few other silicates.

The huge gemstone is two times the size of Earth, and has eight times the mass, making it a “Super-Earth.” 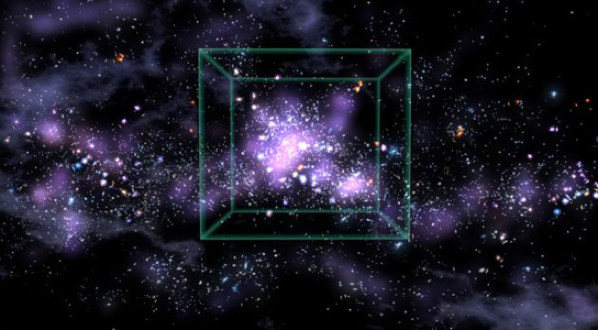 If there has ever been any object that has shown us the origins of a primordial galaxy, this is it. The Himiko Cloud is the most massive object ever found in the early universe, and it dates to only 800 million years after the Big Bang. The Himiko Cloud astounds scientists with its sheer size, roughly half that of our Milky Way Galaxy.

Himiko belongs to what is known as the “reionization epoch,” or the period from around 200 million to one billion years after the Big Bang—and it’s the first glimpse scientists have managed to get of the early formation of galaxies. To make it even cooler, it has been introduced as the “Giant Mystery Blob Discovered Near the Dawn of Time” by Space.com. 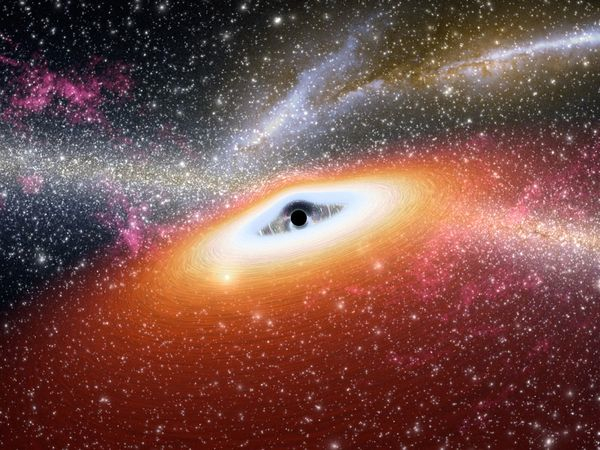 Twelve billion light years away, the universe’s largest water reservoir resides in the heart of a quasar. Containing 140 trillion times the amount of water in Earth’s oceans, and found near the colossal black hole at the center of the quasar, the water unfortunately manifests itself in the form of a massive cloud of gas, several hundred light years in diameter—our dreams of the universe’s most kick-ass water slide have been destroyed!

But the kicker is that this black hole, twenty billion times the size of our sun, is constantly spewing out huge amounts of energy—equivalent to what would be produced by 1000 trillion suns. 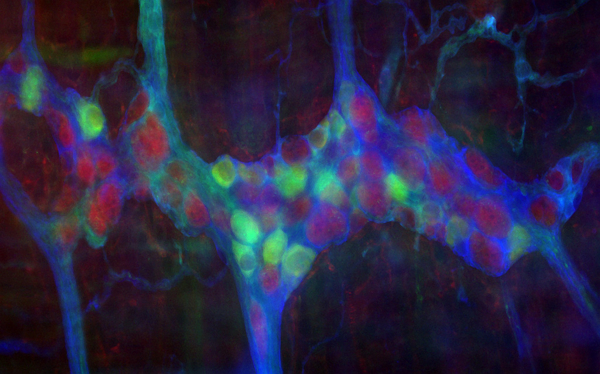 Only a few years ago, scientists stumbled upon an electrical current of cosmic proportions: 10^18 amps, or roughly one trillion lightning bolts. With that kind of power, you could even use that pesky seven-blade electric razor you have lying around!

The lightning is thought to originate from an enormous black hole in the center of the galaxy, which has a core that is supposedly a “huge cosmic jet.” Apparently, the black hole’s huge magnetic field allows it to fire up this lightning bolt through gas and dust to a distance of over one hundred and fifty thousand light years away. And we thought that our galaxy was big—this single lightning bolt is one and a half times the size of it. 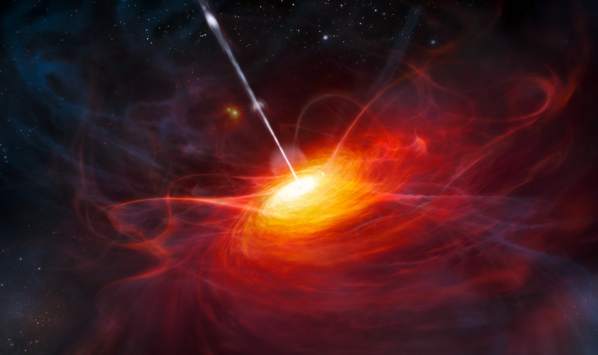 So yeah, the Himiko Cloud is pretty big—like, half the size of our galaxy. Big whoop, right? Well, what about a structure in space so enormous that it breaks the conventional laws for modern astronomy? This structure, my friends, is the LQG—the Large Quasar Group.

Our galaxy, the Milky Way, is only one hundred thousand light years across. Think about that for a moment; if something happens on the far side of the galaxy, it would take a hundred thousand years for the light to reach the opposite end. That means that when we watch an event take place at the other end of our galaxy, it actually occurred when the human species was just beginning to form.

Scientists have absolutely no idea how this huge structure formed, since they had previously only been aware of other clusters of perhaps several hundred million light years across. The gargantuan structure absolutely spits on a certain physical law, which states that when viewed from a distance, the universe would look relatively uniform. This is exactly the type of condescending cosmic structure that looks over at our galaxy and, with a smirk, says “cute.”

Jeffrey Sieminski is an American living in Australia, and happens to love science and weird stuff.