Potentially deadly incidents and accidents like earthquakes, lightning strikes, and hard falls are not always bad—at least to people who have benefited from them. Over the centuries, people have been cured of illnesses and other medical conditions after experiencing some of the aforementioned incidents and accidents.

Their medical conditions ranged from blindness and deafness to mental illnesses and even cancer. Yes! People have been cured of cancer after they were struck by lightning, Others miraculously regained their sight after they were headbutted by animals. One man was even cured of deafness after an earthquake. 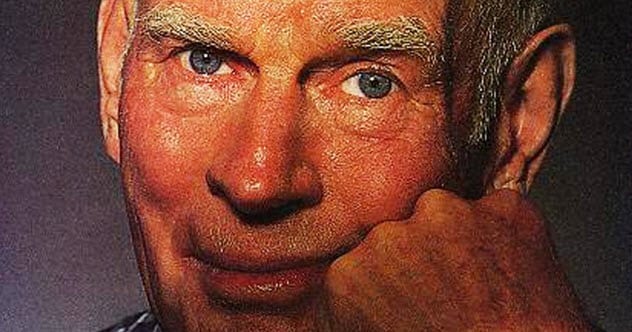 In 1971, Edwin Robinson was in a terrible truck accident that left him blind and partly deaf. That changed on June 9, 1980, when he was hit by a bolt of lightning outside his home in Falmouth, Maine, while trying to get his pet chicken out of the rain. The lightning blasted him to the ground and left him stunned.

That night, Robinson’s sight and hearing were miraculously restored. The incident was widely reported at the time. Robinson and his wife, Doris, received so many calls that they had to unhook their landline telephone—that is, separate the headset from the phone body—to get some sleep. They also received requests to be guests on several television shows.

The Robinsons rejected the offer because the station wanted full rights to the production. Robinson said the television station would have exaggerated the incident instead of focusing on his miraculous recovery. Doris also mentioned that she preferred a movie focusing on their lives after Robinson went blind and deaf and not just on the lightning accident.[1]

9 Man Gets Sight Restored After He Is Headbutted By Horse 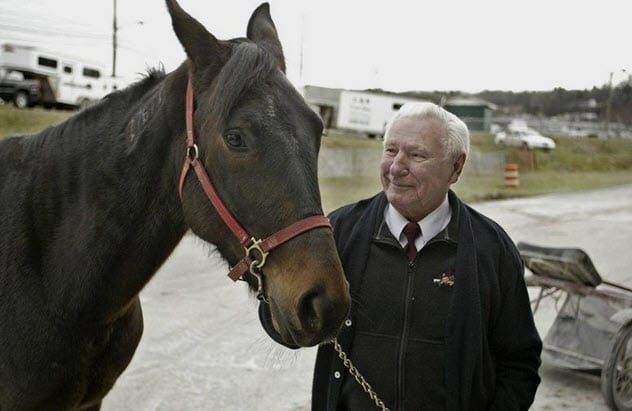 Don Karkos was one of the many Americans who enlisted in the US military after Japan bombed Pearl Harbor on December 7, 1941. Karkos joined the US Navy and was posted to the tanker ship USS Rapaden.

The vessel was tasked with refueling Allied ships in the North Atlantic, which was filled with German U-boats. USS Rapaden was on one of its many runs to the North Atlantic when an explosion occurred in 1942. A metal fragment dispersed by the blast hit Karkos above the right eye and injured his forehead.

Karkos lost consciousness after the accident and awakened in an Icelandic hospital. There, doctors informed him that he was blind in his right eye. Doctors even offered to remove the eye, but Karkos refused. He returned to the US where he worked in a mill before setting up a horse farm in 1978.

The loss of the eye was troublesome for Karkos. He had problems seeing the walls right in front of him and often ran into them headfirst. It got worse when he slowly started losing the vision in his left eye to cataracts. Fortunately, he recovered the sight in his right eye in an accident 64 years later.

Karkos was preparing a horse called My Buddy Chimo for a race when it headbutted him in the blinded right eye and slammed him against a wall. Karkos returned home that night feeling sick. However, he soon discovered that he could see with the right eye—the same one that the horse had hit.[2] 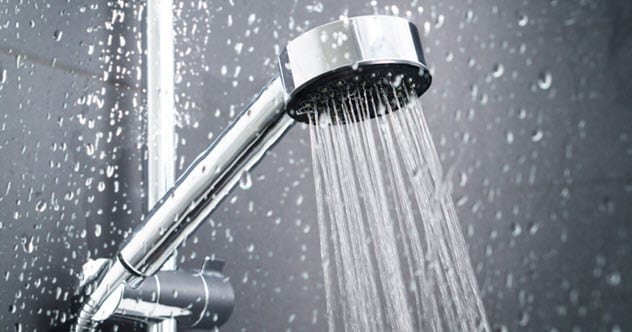 On August 17, 1994, Mary Clamser was cured of multiple sclerosis after she was struck by lightning right inside her Oklahoma home. Multiple sclerosis is a disease that affects the central nervous system and slowly paralyzes sufferers.

Clamser suffered from the disease for 22 years during which she slowly lost control of her legs and ended up in a wheelchair. Clamser was in the shower when the lightning struck. One of her hands was on the metal bar in the shower while the other was on the handle of the flush toilet. She also had metal braces on her legs.

The lightning struck her home and traveled through the main to hit her in the shower. She lost consciousness and woke up in a hospital. A doctor was checking if her bones had been broken at the time she regained consciousness.

However, she could feel the doctor’s hands on her legs even though paralyzed people cannot feel sensations on the paralyzed body part. She was able to walk without the braces three weeks later and was wearing high heels two months later.[3] 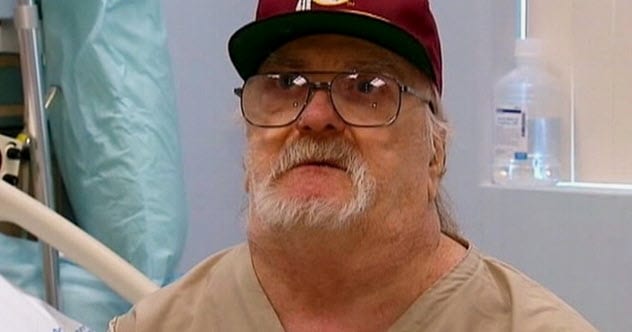 On August 23, 2011, a 5.8-magnitude earthquake hit Louisa County, Virginia, and was felt along the East Coast and nearby areas. Rail and air traffic were delayed, and two nuclear reactors were shut down. Several buildings—including the Pentagon, Capitol, State Department offices, and several hospitals—were hurriedly evacuated.

While the earthquake scared everyone, it was a blessing for Robert Valderzak of Washington, DC, after it cured him of his deafness. Valderzak had gone deaf after suffering a bad fall on Father’s Day two months earlier in June. He fractured his skull and lost his hearing. He learned lip-reading and required a special microphone when talking.

Valderzak was a patient in the Veterans Affairs Hospital in Washington, DC, when the earthquake struck. His daughter and three sons were visiting him at the time. Valderzak realized that he could hear his son talk after the earthquake was over.

Doctors think Valderzak regained his hearing because he suffered from “conductive hearing loss,” which is caused by fluids getting trapped in the ear. Doctors say the vibrations of the earthquake and the drugs they administered caused the fluid to drain and allowed Valderzak to hear once more. He believes the incident was a miracle.[4] 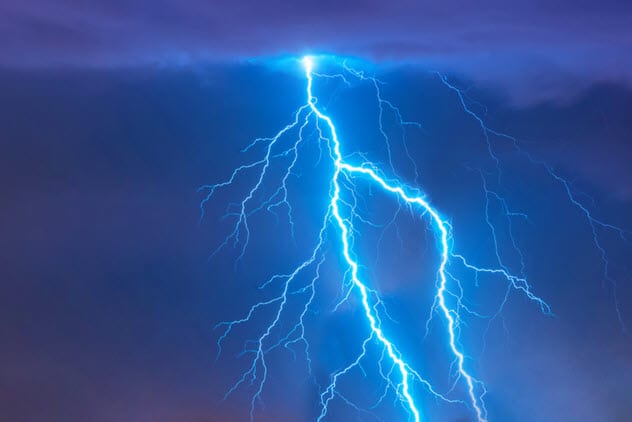 In 1855, Reuben Stephenson was plowing a field in Langtoft, England, when he was struck by lightning, which killed the two horses connected to the plow. Stephenson was so badly injured that people thought he was going to die. However, he survived after one Dr. Allison nursed him back to health.

While administering treatment, the doctor noticed that Stephenson had a cancerous tumor on his lip. Dr. Alison attempted to operate on the tumor after Stephenson recovered only to discover that the tumor had disappeared. Alison believed that Stephenson was cured of the cancer as he recovered from the lightning strike.[5]

5 Teenager Stops Using Prescription Glasses After Getting Struck By Lightning 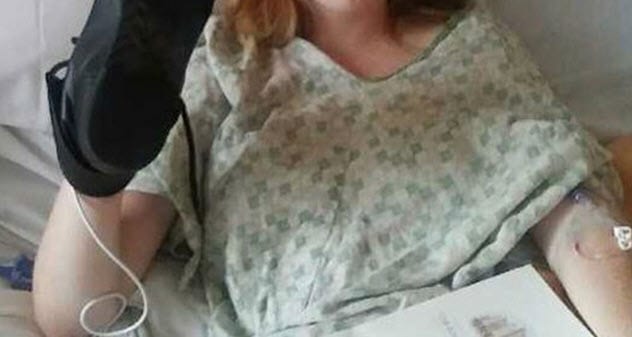 The lightning went through the drive-thru headset that Mobley was wearing and exited through her left foot, creating a large hole in her shoe. Mobley lost consciousness but was saved by a coworker who called 911. Mobley later said that she felt her body tighten as she was struck, just before she went numb and lost consciousness.[6]

Her only injury was a burn on her foot where the lightning had left her body. Miraculously, her eyesight seemed to have been restored. She had worn glasses before the incident but did not need them any longer. The color of her eyes also changed. 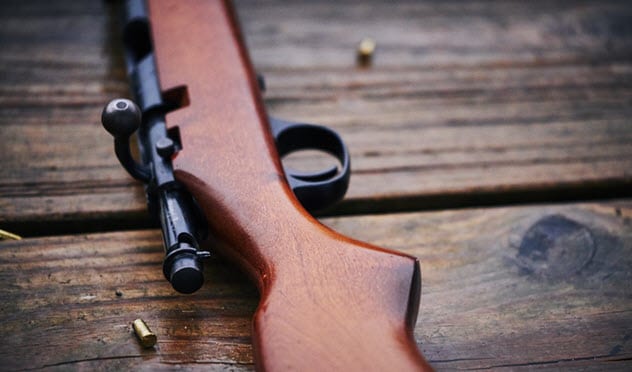 In February 1988, the Associated Press reported that a man only identified as “George” unwittingly cured himself of obsessive-compulsive disorder (OCD) during a failed suicide attempt five years earlier. George was 19 years old at the time of the incident.

OCD is a frustrating personality disorder that makes sufferers develop weird perfectionist behaviors. For instance, George showered and washed his hands unusually often because he was afraid of germs. This would later cost him his job and education. He became depressed and decided to commit suicide.

George got a .22-caliber rifle and aimed at his brain through his mouth. He pulled the trigger but did not die. Instead, the bullet went through his skull and stopped in the left front part of his brain. Doctors extracted the bullet, which only damaged the area of the brain causing the OCD.

Afterward, George’s IQ returned to the level it was before the disorder had set in. He recovered, got a job, and went back to school where he became an A student. Physician’s Weekly called the whole incident a “successful radical surgery.”[7]

3 Woman Recovers Sight After Falling And Hitting Her Head 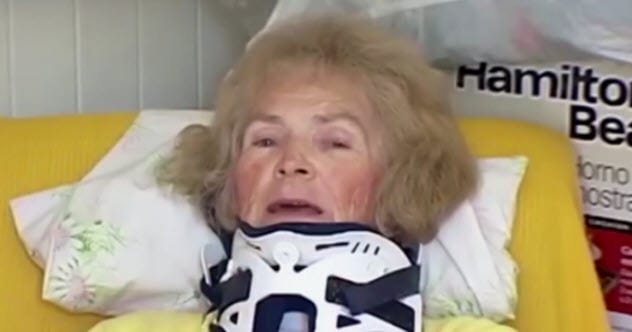 In 1993, Mary Ann Franco was in an auto accident that left her with serious spinal injuries that caused blindness. However, she regained her sight after another accident in her Florida home in August 2015.

Franco was walking across her living room to the door when she tripped and fell, hitting her head on what she thought was the fireplace. Franco also broke her neck during the accident. She underwent surgery on the neck and recovered from anesthesia to discover that her sight had been restored.[8] 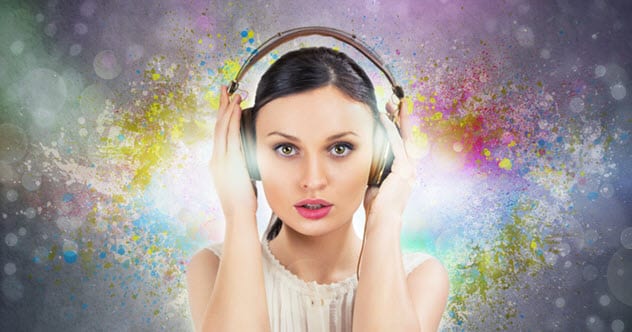 In January 2017, some researchers at Trinity College Dublin published a research paper about a woman who was cured of synesthesia after getting struck by lightning. The researchers did not reveal the identity of the woman and only called her “AB.”

Synesthesia is a strange condition with many variations, including those in which people taste words, smell sound, hear colors, and feel the atmosphere around other people. However, sufferers sometimes hate the condition because of its undesirable side effects. Some even end up on medications.

AB was temporarily cured of the condition after she was struck by lightning. We say temporarily because the synesthesia later returned.[9] 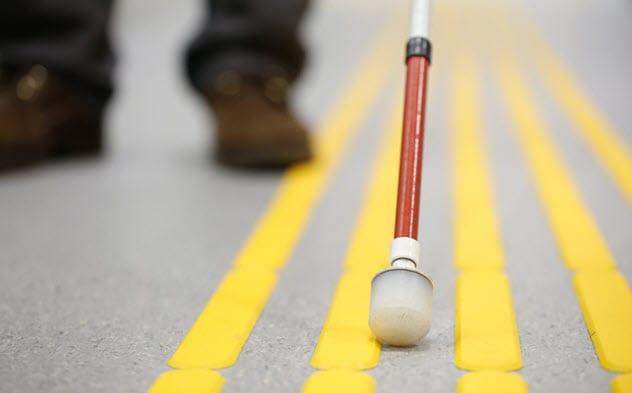 In 2013, 68-year-old Pierre-Paul Thomas was partly cured of blindness that he had from birth. Thomas was not actually cured by the accident. It just happened to be the major reason that he underwent the surgery that led to his cure.

Since birth, Thomas had suffered from congenital nystagmus, a medical condition caused when the eyes are not properly fitted in the sockets. Sufferers are unable to control their eyes, which wander about the sockets, leading to blindness.

Thomas was cured after a fall in his home in Montreal. He broke several facial bones, including some bones in his eyes. He underwent surgery to fix the bones. After the surgery, a plastic surgeon asked if he wanted his eyes fixed. Thomas agreed.

Read about more freak accidents that people somehow survived on 10 Freak Accidents People Somehow Survived and 10 People Who Actually Survived Getting Hit By A Train.