You’ve probably already heard of the “One Percent.” Basically, they’re the guys at the top: the Gordon Geckos and Tony Starks of the real world. Only, instead of saving Earth from angry Norse Gods, they’re more likely to get their kicks destroying it, one ill-spent billion at a time.

Now, let’s be clear: it is totally possible to be both rich and a decent human being. But it often takes a special type of person to squeeze into that fabled, global elite—and that sort of person rarely gives a damn about anyone else. After all, right this very second, the ultra-rich are: 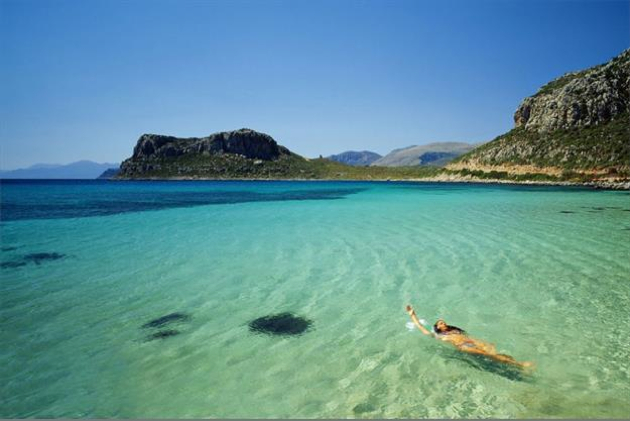 “Trickle down” economics work by removing barriers to investment—meaning that the rich splash a lot of money around and the effects of that reach ordinary guys like you or me. All well and good—until the super-rich decide that investing is a fools’ game, because hoarding is where it’s at. Suddenly, the trickle down model inverts, and the economy becomes like a giant vacuum-cleaner, sucking money from the middle class’s pockets and dumping it into Mr Burns’ bank account. And thanks to things called tax havens, there it stays—forever.

Does that sound paranoid? Here are some figures: research published in The Guardian estimates that the ultra-rich are hoarding thirty-one trillion dollars abroad. That’s more than the American and Japanese economies combined. Worryingly, the effect of all this hidden wealth on the rest of us is far from benign. With all that lost revenue fleeing its country of origin, governments are forced to push up taxes to cover the shortfall. In other words, you, I, and everyone reading this has to cough up more and more, so that some billionaire can pay less and less. And while we’re on the subject of taxes… 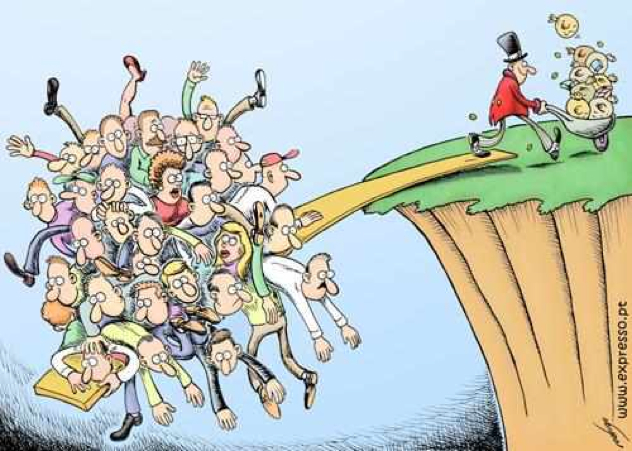 Let’s face it—no one likes paying tax. There’s nothing worse than getting to the end of a grueling month and learning that the Federal government has taken a nice fat slice of your hard-earned pay check. So why shouldn’t the One Percent keep what’s rightfully theirs?

Well, the reason most of us put up with and pay our taxes is that we tend to use the things they buy. Public transport, Medicare, police officers, and firemen are all pretty indispensable things which any society needs to function; as are judges, the military and unimportant-seeming things like roads. If we all stopped paying our taxes, all these things would vanish. Since even the staunchest of Tea Partiers expect to be protected from motorcycle gangs and rogue nuclear states, obviously someone has to pay tax. Unfortunately, that “someone” tends to be shorthand for “anyone but us.”

7
Acting above the Law 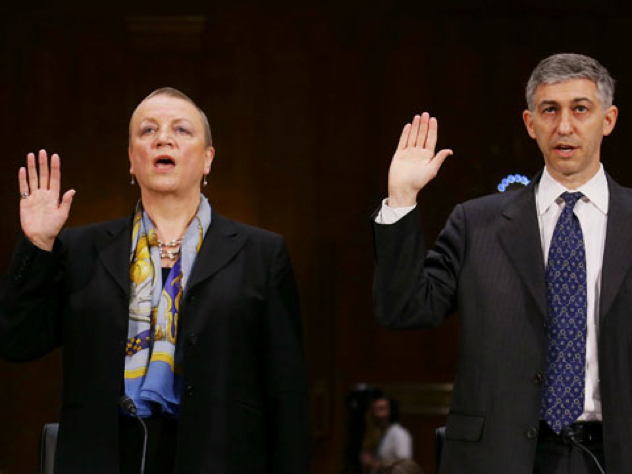 It’s been obvious for years that the most powerful think they’re above the law, but it’s only recently that the law has started agreeing with them. Take the case of HSBC. In 2010, it came to light that the bank had been quietly looking the other way while violent Mexican drug cartels funneled billions of dollars through their systems. According to reports, this money was linked to drugs, terrorists, international fraud, and a whole host of other evils. So when the time came to sentence the clowns in charge, the law threw the book at them, right?

Nope. Authorities decided to swap prosecution for a 1.9 billion dollar fine, despite the bank having helped rogue states like Iran and pre-revolution Libya flout US and international law.

Why did they essentially get away with this? Because the shock of confiscating HSBC’s banking license would have destabilized the world economy. In other words: these guys thought they were above the law, and the law proved them right—which seems to support Shakespeare’s remark in King Lear, “Plate sin with gold, and the strong lance of justice hurtless breaks.”

So it should come as no surprise that they’re at it again, this time illegally laundering money in Argentina. 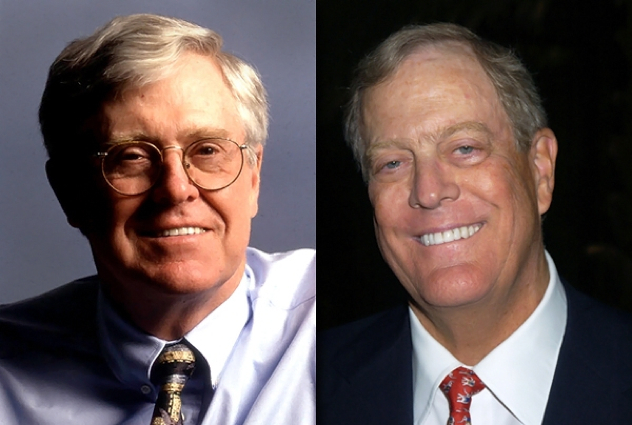 We in the West are very proud of democracy: it’s what sets us apart from psychopathic monsters like Robert Mugabe or Kim Jong-un. Or at least it would be, if our own psychopathic billionaires weren’t busy dismantling it.

Meet the Koch Brothers. You’ve probably heard of them: multi-billionaires, libertarians and one-time backers of Herman McCain’s spectacularly failed presidential bid. But did you know that they also tried to bring back segregation in Wake County schools, overthrow the judicial process in Florida, and blackmail their employees into voting Romney?

And these guys are only one face of this anti-democratic hydra. Here’s their buddy David Siegel threatening massive job-losses if Obama gets re-elected. And here’s some other man of dubious character forcing his employees to attend a pro-Romney rally, or else lose their jobs.

Just to be clear: this is the sort of thing we used to laugh at the Soviet Union for doing. When your definition of “democracy” is “making everyone do what I want them to do,” you’ve officially made the transition from “employer” to “cut-price dictator.” 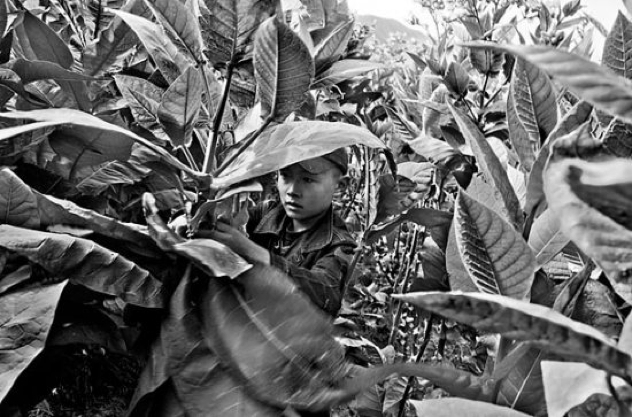 There are very few issues that rise above political, ethical, and legal debate and become universal absolutes. One of those absolutes is that slavery is wrong. The only people who think otherwise are bad guys in recent Tarantino movies. So it should come as no surprise that several multi-national companies implicitly endorse the practice.

Take tobacco giant Phillip Morris: in 2010, it was revealed that a plantation they owned in Kazakhstan was forcing children as young as ten to work thirteen hour days for pennies. That would be bad enough—but according to that same link, the plantation was also complicit in human trafficking and a system whereby workers “bought” their freedom—a system once used by the goddamn Nazis.

But wait—there’s more. Until a massive campaign last year, Hershey’s knowingly used child labour in their cocoa fields, while Victoria’s Secret supported an African farm where children as young as thirteen were held captive and routinely beaten. In other words: that sexy lingerie your girlfriend sometimes wears when you’ve been really good, is made primarily from children’s tears. 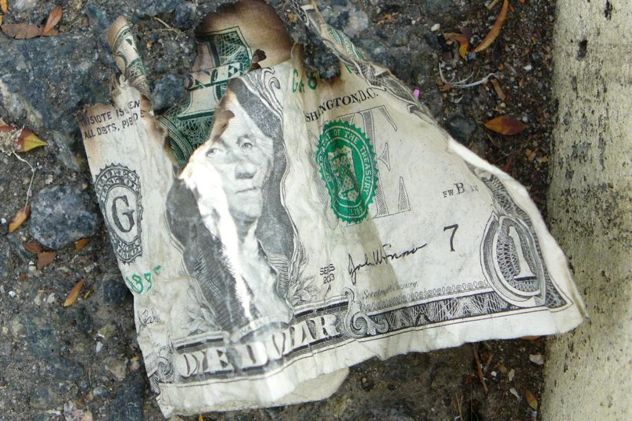 There’s a myth that the very-rich are “wealth creators.” The One Percent, we are told, are the guys whose tax dollars make this country work, the ones who keep our economy turning over. Well, hold on…

A study published by the BBC in 2009 reported that high-flying bankers destroy £7 in the economy for every £1 they are paid. Top advertising executives destroyed £11, while accountants to the super-rich were calculated to wipe £47 from the system for every £1 they receive.

Meanwhile, The Guardian crunched some figures and found that, while productivity in the USA had risen 119% between 1947 and 1979, it rose only 80% in the following thirty years. Basically, at the same time instant earnings exploded for the One Percent, money began to vanish for everyone else. In real terms, this means that most of us are no better off in 2013 than we would have been—doing the same job—in 1978. In the decades before that, real earnings had risen across the board. Now, they only rise for the very rich. 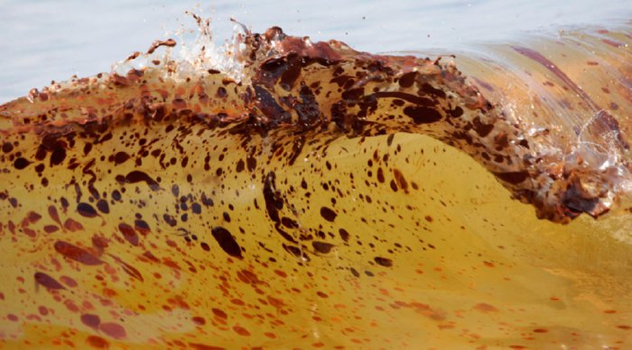 Sometimes, destroying the democratic process just isn’t enough; you’ve gotta take on the environment too. Yep, it’s the Koch brothers again, up to more Disney-villain-esque shenanigans. Welcome to Crossett, where people are getting sick and a Koch-owned chemical plant is pumping some seriously nasty stuff into the rivers. No link has yet been proven, but it’s worth noting that the Brothers have previously been held responsible for three hundred separate oil spills across six states, and for dumping a known carcinogen into the skies above Texas and then trying to cover it up. So, yeah, their record isn’t great.

At the same time, they campaigned to keep formaldehyde off the list of known carcinogens, despite overwhelming evidence for its inclusion. Then there’s their commitment to neutering the EPA, even where its involvement might save lives. In short, these guys are to environmental protection what one of their chemical spills is to the actual environment—an utter disaster.

2
Making You Pay for Their Mistakes 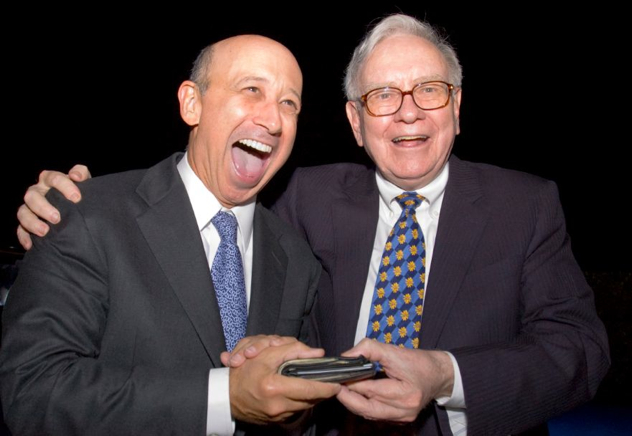 You probably remember the financial crisis: the economic meltdown that nearly destroyed the world, and created this never-ending recession. You probably also remember who caused it. Yeah, those same super-rich finance types responsible for every single other bad thing on this list. But they seem to have forgotten who exactly bailed them out.

In 2008, Goldman Sachs hoovered up roughly twenty billion dollars in taxpayer-funded bailouts. To put it another way—our money saved their incompetent asses. The result? CEO Lloyd Blankfein offered this non-apology for his bank’s role in destroying the world economy, while quietly awarding his senior staff nearly the entire bailout fund in bonuses. Ex-Barclay’s boss Bob Diamond went one better, asking people to stop bashing bankers even as his bank was illegally fixing the Libor Rate.

But what sticks most in the craw is this recent report, which found that bailed-out banks took money earmarked for small businesses and used it for anything but. So, to recap: our money bailed the banks, who then told us to stop whining while they misdirected yet more of our money into a giant circle of corrupt hypocrisy. There’s a word for that sort of behavior, and it’s not suitable for a family website. 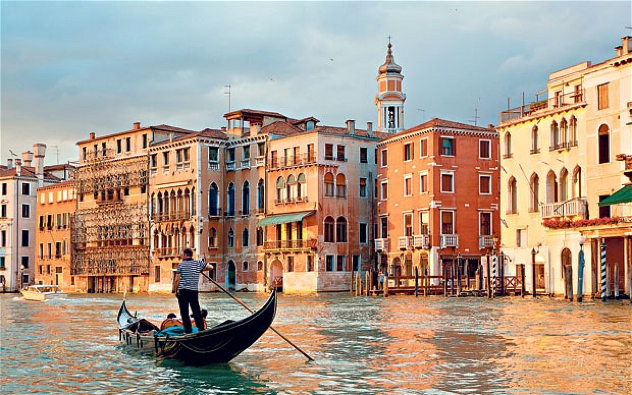 In 1315, Venice was the place to be. A rapidly expanding economy, a burgeoning middle class, and a society in which anyone could rise to the top through hard work, all contributed towards an economic powerhouse. Sound familiar? Well, the next bit should too: the ruling class got fed up with these uppity merchants gadding about in their solid gold pantaloons, and put a stop to it. Specifically, they killed social mobility stone dead by forcing non-nobles out the political process, and then forcing them out of the economic one too. As Chrystia Freeland noted in the New York Times, this killed off the rising middle class and effectively doomed Venice to centuries of near-poverty. And guess what? It’s happening again.

In the days of Horatio Alger, Henry Ford, and Benjamin Franklin, the US used to have one of the highest rates of social mobility anywhere on earth. Now it has the lowest in the developed world. Forty-two percent of children born at the bottom of society will stay there, meaning we’re that we’re excluding an enormous part of the poor from potentially reaching the middle class.

At the same time, the middle class is getting hit with the biggest squeeze on its living standards in decades, while watching their own chance to reach the top slowly disappear. Put simply, we’re killing the middle class—and just as in Medieval Venice, that’ll prove to be a one-way ticket to oblivion. A one-way ticket for all of us; even the super-rich.

In sum: unless a handful of greedy fools start sharing their loot, America as we know it may well be done for.