Nearly 75 years old at the time of this writing, 1939’s “The Wizard of Oz” is arguably the most beloved movie of all time. Legends swirl around the film; its doomed star, its dangerous production, and it’s cast of little people (some of whom are still alive today). Below are ten of the most intriguing facts behind the magic. 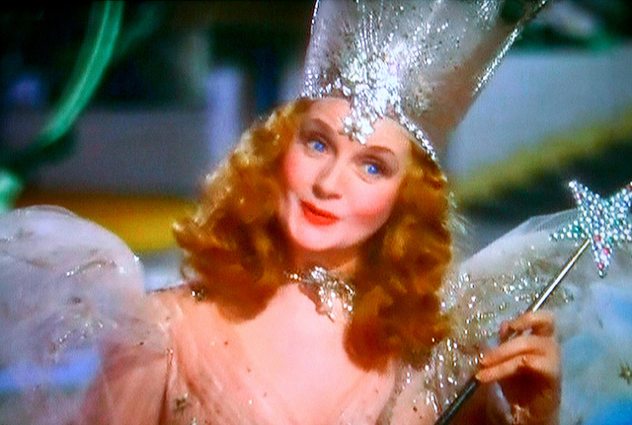 Glinda is the Good With of the North in the film, and she appears in a beautiful pink dress with flowing auburn hair, a woman of great beauty. She was portrayed by veteran actress Billie Burke, who shockingly enough, was 54 years old at the time—eighteen years older than her counterpart Margaret Hamilton, who portrayed the Wicked Witch of the West. 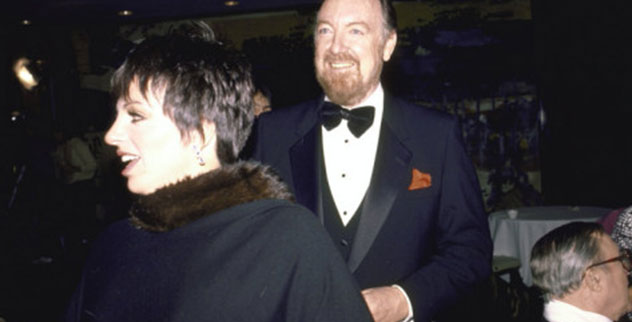 Early versions of the script had insinuated that Dorothy and the Scarecrow’s Kansas equivalent had some romantic feelings for each other. But it was to the Tin Man that she would eventually have a connection. Judy Garland’s (Dorothy) daughter Liza Minnelli married Jack Haley’s (Tin Man) son Jack Jr. in 1974. It was a rocky relationship and they divorced just five years later. 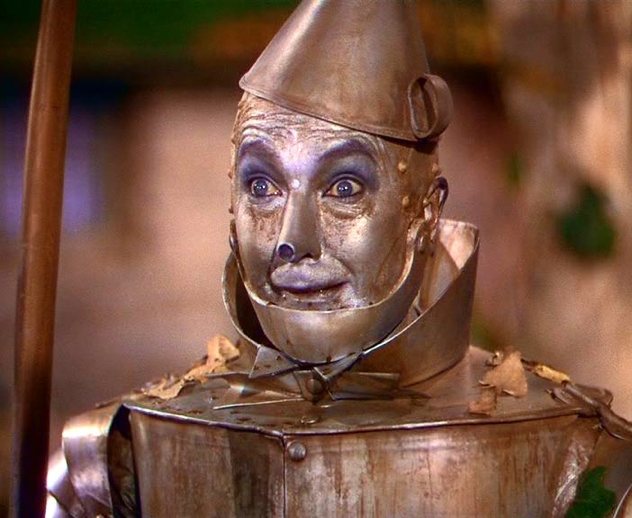 Jack Haley was not the producers’ original choice for the Tin Man. The role belonged to Buddy Ebsen (best known for playing Jed Clampett on “The Beverly Hillbillies”). Ebsen attended 10 days of filming before the aluminum powder makeup artists slathered him accumulated in his lungs and made him deathly ill. He was brought to the hospital, where he required an iron lung to recover. When Haley took over, his makeup was switched to an aluminum paste, which was applied over greasepaint. 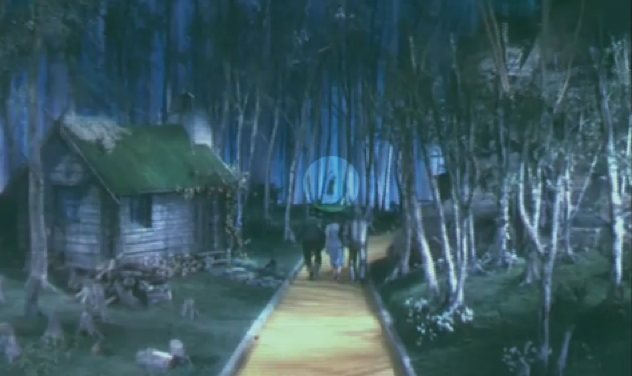 One of the strangest and most pervasive legends surrounding the film is that during the scene when Dorothy first meets the Tin Woodsman, a munchkin can be seen hanging himself in the background. Fortunately, the aberration was not the result of a suicidal little person. The Los Angeles Zoo lent several birds to the film to give the background a more natural look. What appears to be a lovelorn munchkin taking his life is really just a big bird spreading its wings. 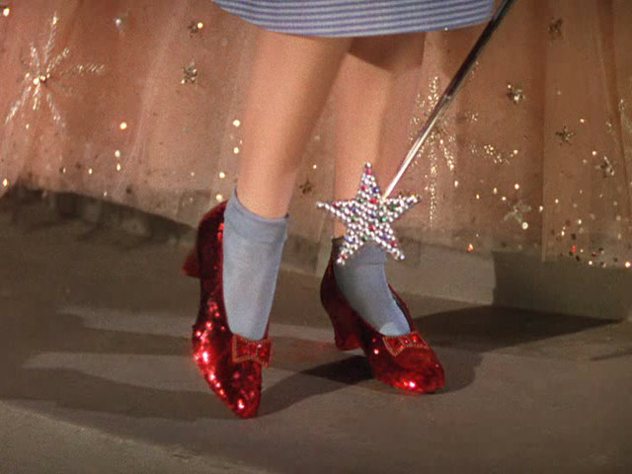 “The Wizard of Oz” was released in 1939, in the midst of the Great Depression when going to the movies would have been an unimaginable luxury for many households. It was initially unsuccessful, barely recouping its $2.8 million budget. Only upon theatrical rerelease did it begin to generate any real profit. Since 1956, when it was first shown on television, the film has become enormously popular, and is shown on TV multiple times a year. 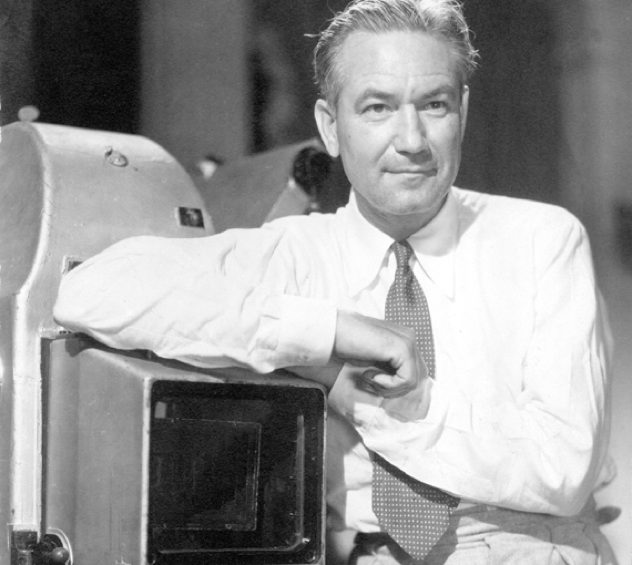 1939 was a banner year for “The Wizard of Oz” director Victor Fleming. Shortly before production wrapped on “Wizard”, he was brought on to direct another incredibly famous film, “Gone With the Wind”. According to James Curtis, author of “Spencer Tracy: A Biography”, Fleming was pro-Nazi and had been opposed to America entering World War II. He hoped that the Reich would sack England after the fall of France. 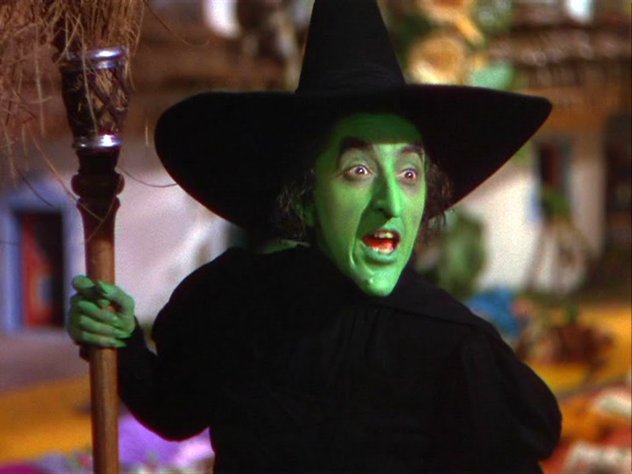 The Wicked Witch of the West has terrified millions of children over the years, so it may come as a bit of a surprise that actress Margaret Hamilton’s initial career was that of a kindergarten teacher. While filming a scene wherein the witch vanishes into a cloud of smoke, Hamilton was badly burned, the green make-up on her face and hands igniting. She recuperated, but refused to do any more scenes involving fire. Hamilton reprised her role as the witch to appear in both “Sesame Street” and “Mister Rogers’ Neighborhood”. 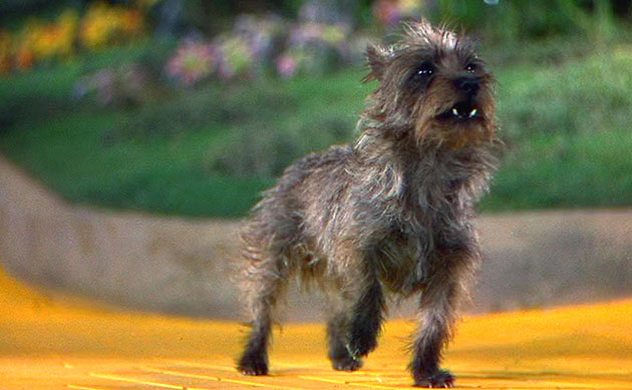 Cairn terrier Toto was actually a female dog named Terry. Like many of the other actors, Toto was hurt during filming when one of the witch’s guards accidentally stepped on her and broke her foot. Judy Garland became enamored of the dog while shooting and begged Terry’s trainer Carl Spitz to let her keep the dog as a pet, but Spitz refused. Terry had a long career and was featured in 15 different movies. 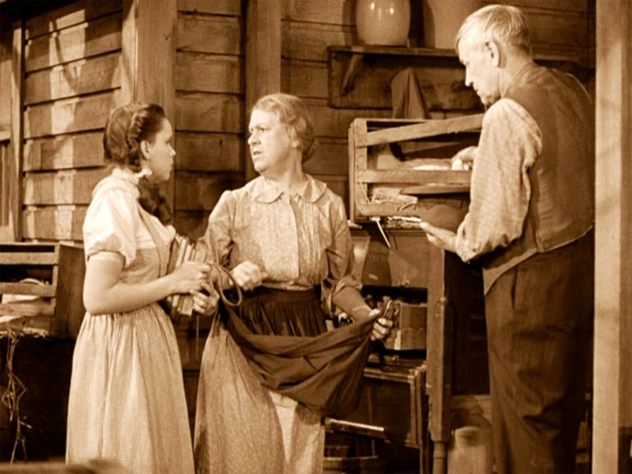 Actress Clara Blandick appeared in 118 films, but she will always be best remembered for her role as “Auntie Em”. After returning from church on April 15, 1962, Clara put on her best dress and fixed her hair, scattered articles and photographs from her career around the room, then took an overdose of sleeping pills and laid down on the couch. Her final act was to pull a plastic bag over her head. She’d been in terrible pain from arthritis and getting progressively blind. Her suicide note read: “I am now about to make the great adventure. I cannot endure this agonizing pain any longer. It is all over my body. Neither can I face the impending blindness. I pray the Lord my soul to take. Amen.” Seven years later, Judy Garland also died of a drug overdose. 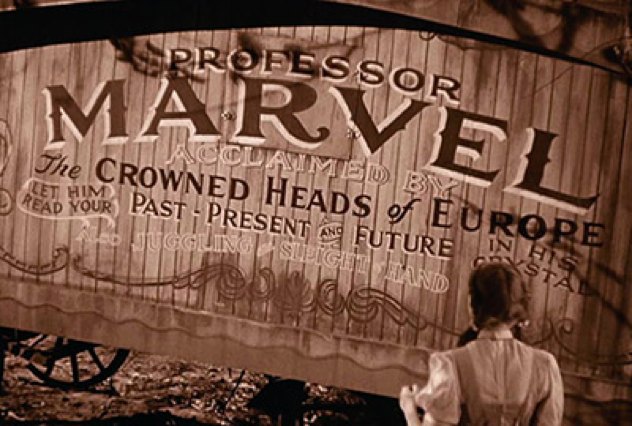 The Wizard’s real-life counterpart was itinerant showman Professor Marvel. Marvel’s look was supposed to be shabby chic. To that end, the film’s wardrobe department needed to find a tattered coat for him to wear. They purchased several at a secondhand store and chose their favorite. Actor Frank Morgan was wearing it one day when he reached into the pocket and was astonished to see a name inscribed: the coat had belonged to L. Frank Baum, the author of the Oz books. Although some have since refuted the amazing coincidence, the tailor who made the coat and Baum’s own widow swore it was true. She was presented with the coat after the completion of filming.

In a cruel turn condemned by two of “The Wizard of Oz’s” last surviving cast members, the song “Ding Dong! The Witch is Dead” which was sung by the munchkins after Dorothy’s house landed on the Wicked Witch of the East has been granted a revival, used to commemorate the passing of polarizing former UK prime minister Margaret “The Iron Lady” Thatcher. As of this writing, the song has reached number 2 on the UK charts. The clip above is the version sung by Klaus Nomi (we can’t miss a chance to include Klaus on a list) which—unfortunately—is not the version that went to number 2.

Mike Devlin is an aspiring novelist. The Wicked Witch of the West scared the sweet bejesus out of him when he was a tot.