The word “phantom” conjures fleeting images of mysterious, haunting figures that are, like ghosts, here one moment, gone the next. Reality is quite different. Below are ten real life law breakers whom police and the media nicknamed “Phantom.” 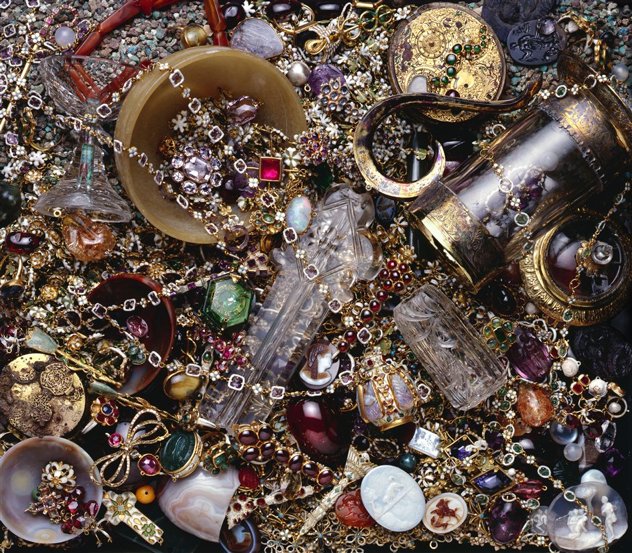 In 1945 in Pittsburgh, Pennsylvania, the “North Side Phantom” stole nearly $20,000 worth of jewelry in more than 40 burglaries over several months. Witnesses couldn’t agree on a description. The thief was shot at, but never hit. Police investigation came no closer to identifying the elusive housebreaker until he was caught and arrested. The North Side Phantom was Vincent Donnelly, an 18-year old escapee from the state’s juvenile delinquent facility. After his escape, he slept in the cellars of unoccupied houses in the area and robbed others with the help of his accomplices, four other boys and a girl. To add insult to injury, he stored most of his loot in the basement storage locker belonging to a policeman. 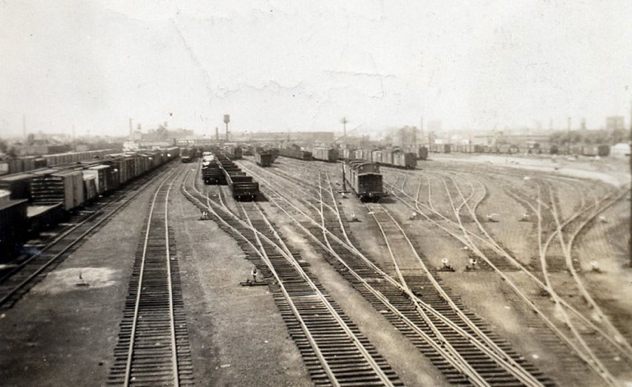 In 1951, Los Angeles women found themselves literally under fire by a “Phantom Sniper” armed with a rifle. The first victim was shot through the lung while making a call at a phone booth. Over the course of a year of public panic, six women were wounded, including a 10-year old girl, one killed, and several others reported near misses. In April 1952, police arrested Evan Charles Thomas, a railroad switchman and father of two, who admitted to carrying a rifle in his car and shooting at women to fulfill an abnormal sexual urge. He readily confessed to the crimes, stating he was glad to be arrested. Thomas was only tried for the murder of Nina Marie Brice, whom he’d shot and killed at a hamburger stand. He was found guilty, sentenced to death, and executed in San Quentin’s gas chamber in 1954. 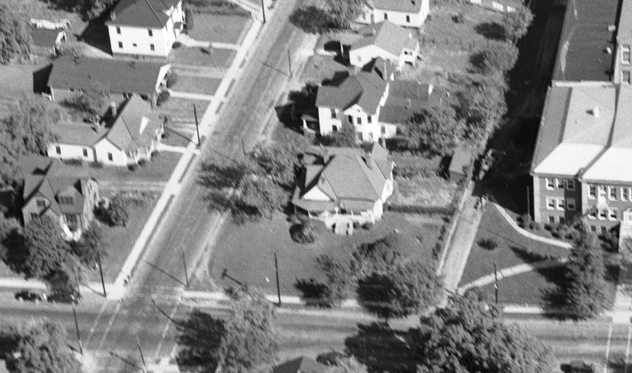 In 1954, beginning in October, women in a Miami neighborhood were attacked and robbed by a “Phantom Rapist.” The perpetrator entered some victims’ houses between 2 and 3 A.M by slitting a window screen or breaking a locked door. Victims said they woke with a towel or pillow over their faces and a knife at their throats. Some women were also ambushed walking home from the bus stop. Following the identification of William Henry, Jr. By a witness, a manhunt ensued that spread as far as Georgia and Alabama. Henry was eventually caught and arrested by Sheriff’s Office deputies. He pled guilty to breaking and entering to commit grand larceny, but not to the attempted rapes. Likely because victims were disinclined to testify in court, those charges were dropped). He was found guilty of two counts of B&E. 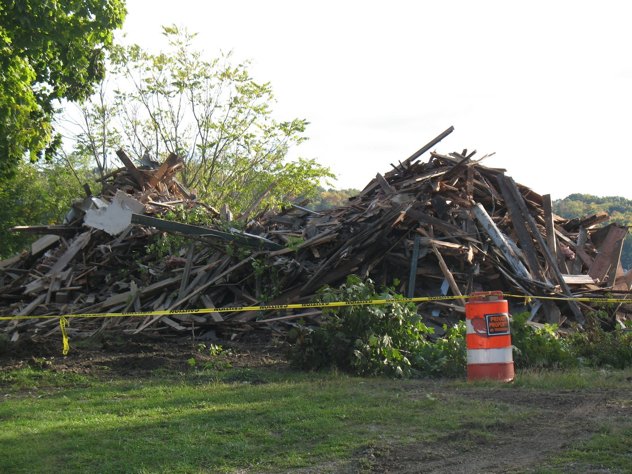 Returning to Pittsburgh, Pennsylvania, this time in 1980, we find city officials puzzled by “Phantom Wreckers”—an unauthorized, illegal demolition crew razing condemned, unoccupied houses in broad daylight and taking off with loads of valuable resalable bricks and other materials. The Phantom Wreckers began in the North Side area in March, leaving nothing of the targeted house behind except a rusty metal staircase. By July, they’d stolen another house entirely and removed the brick facing from 5 others. At one address, the Phantom Wreckers were spotted by neighbors, who called the police. The men were arrested, but after receiving a call from a “Mrs. Brown,” who lied and claimed they were authorized to tear down the residence, they were released. While a suit was later filed by the city against a construction company, because the police had no records of the men they’d arrested nor a phone number for the (fictional) Mrs. Brown, the case was dropped.

Young couples in Texarkana, Texas, feared for their lives in 1946 as a murderer dubbed “The Phantom” went on a killing spree. The first murders occurred in March—a man and a woman, each shot in the head, found in the backseat of a parked automobile. Another dead couple was discovered in April. The third couple was attacked in their home. In that instance, the husband was killed, his wife seriously injured. Here, the Phantom left his first clue: footprints in the mud. By May, the town’s teenagers were setting themselves up as bait to try and catch the killer, while citizen vigilante groups patrolled the streets. The murders remain unsolved and the Phantom was never identified or caught. The “Moonlight Murders” formed the basis of the film, The Town That Dreaded Sundown (trailer can be seen above). 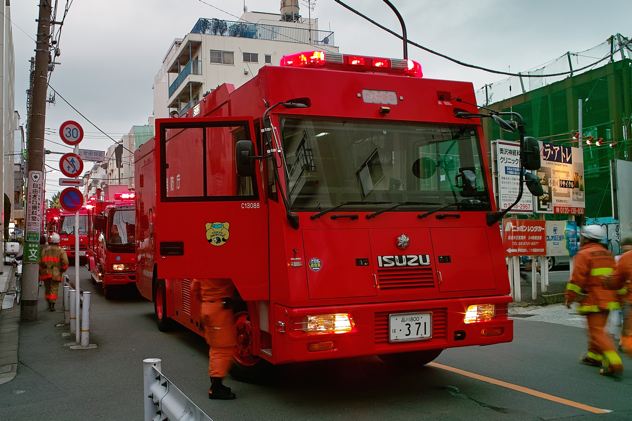 Beginning in November, 1976, the Shinjuku ward—the entertainment district filled with shops, clubs, restaurants, and bars—was terrorized by a “Phantom Arsonist” who set a fire in the early morning hours every Tuesday (hence his other nickname in the media, the “Tuesday Devil Arsonist”). Each blaze was started in a garbage can and spread to nearby buildings. Fortunately, no one was injured. Worried residents, well aware of Tokyo’s long history of devastating fires, formed vigilante groups and volunteer motorcycle firefighting patrols. People began keeping flammable trash off the streets. By January 1977, the Phantom Arsonist had set 32 fires without being spotted by a single eyewitness. In February, police arrested a suspect, Shigeru Nagazawa, after he was seen setting a fire in a mailbox. He confessed to the crimes, saying he got a thrill from setting fires. 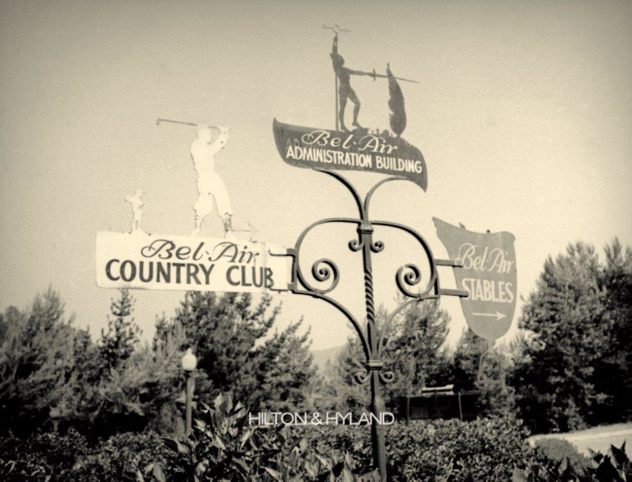 In the years between 1934-1939, more than 60 homes of rich and famous film stars in fashionable Bel-Air—a Los Angeles community—received midnight visitations from the “Phantom Burglar of Bel-Air” who stole jewelry, furs, bonds, silver, and collectibles worth millions. Despite extensive investigation, police weren’t able to identify the skilled second-story man until the arrest of William Borton AKA Ralph Graham in San Francisco in March 1939. Borton had been caught by plainclothes detectives while trying to fence $80,000 in stolen jewels. Following his arrest, Borton confessed to being the Phantom Burglar. More loot was found inside his home, although not all the stolen property was recovered. After pleading guilty, Borton was sentenced to life in San Quentin due to his record as a habitual criminal—he had served terms in 3 other states. He died in 1949 in a prison fight. 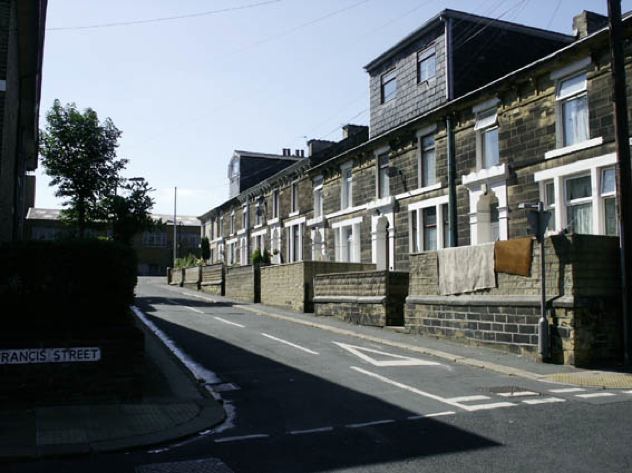 For a week in November 1938, women in the town of Halifax, England were attacked by an unknown “Phantom Slasher” who snuck up on victims at night while they walked on the street, grabbed them, slashed them with a “gleaming instrument,” and vanished into the darkness. The first victim, Mary Sutcliffe, suffered a second later attack. In all, 13 women were wounded, though non fatally. The Phantom Slasher was described as having a flat nose “like a boxer” and blackened teeth. In response, churches, shops, and movie theaters closed at dusk. Scotland Yard detectives organized a volunteer citizen’s watch with 5,000 members armed with sticks, Indian clubs, and pokers to perform night patrols. Panic and hysteria spread to 4 other towns. By December, 5 victims’ reports were proven false. And in January 1939, 3 young women were convicted of malicious mischief and given a 4 week sentence when they cut themselves and made a false police report blaming the Phantom Slasher. The item is included on this list because not all the victims’ withdrew their testimony, and a chance exists the elusive Halifax Phantom Slasher may not have been just a figment of the imagination. 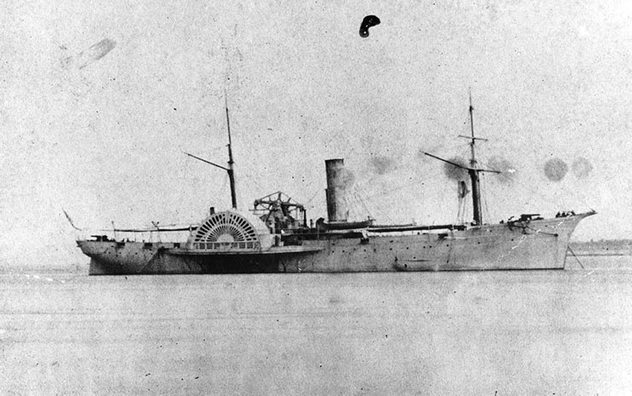 During the American Civil War, US Navy ships blockaded shipping lanes to prevent supplies from reaching Confederate states. Blockade runners, whether for patriotism or profit, snuck past or outran the opposing vessels to bring their goods to market. One such blockade runner’s ship was called the “Phantom,” commanded by William Porter, brother of US Navy Admiral David Porter. The daredevil William Porter was well known for his recklessness and nerve. In 1864, Phantom was spotted off North Carolina. A federal steamer, Connecticut, set out in pursuit. Both ships battled heavy seas as the chase continued for miles down the coast. Five more US Navy ships joined the pursuit and blocked Phantom’s progress. Faced with overwhelming odds, Porter ran Phantom onto the beach, where he and his crew set her on fire before escaping. After the war, Porter returned to the merchant service. 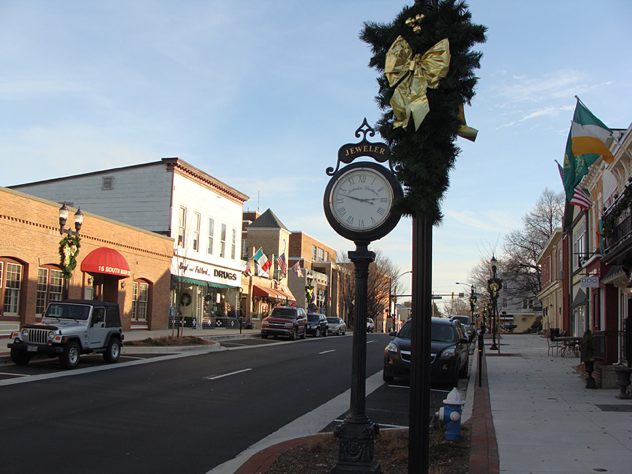 This time, we’re in Bel Air, Maryland. Beginning in July 1986 and continuing in waves until 1990, the “Phantom Fondler” broke into homes between 3-5 A.M. He stole nothing, nor was he violent. Instead, he watched a female victim while she slept in her bed, and touched her leg, feet, abdomen, and sometimes breast. When the woman woke up understandably alarmed by the stranger in her bedroom, he made his escape. The Phantom Fondler left fingerprints, but no other clues. Police investigations turned up nothing. Periods of frequent break-ins and fondling incidents followed by months of silence led investigators to suspect the suspect might be jailed for non-related crimes during those times. At last, police found a fingerprint match: Walter Porter, an area resident recently arrested for breaking and entering. When confronted, Porter confessed to being the Phantom Fondler.