Few subjects are as blatantly taboo as what goes on behind a closed bathroom door. Despite being a universal human need, we tend to bury the “truth of the matter” behind shame and humor. Below are ten facts and stories about bathroom use around the world, some fun and some revolting, designed to highlight not only the differences between us, but the ways we are all the same.

Found guilty of sexual assault and murder, 28 year old Michael Anderson Godwin was sentenced to death in South Carolina. An appeal rescued him from the electric chair, but destiny apparently wasn’t done with him. In March of 1989, Godwin was perched on a steel prison toilet, attempting to fix a pair of headphones attached to his television set. He bit into the wire, and was electrocuted. 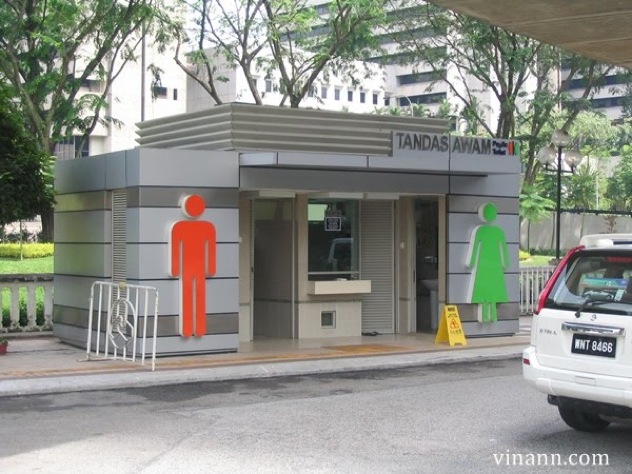 The city-state of Singapore is well known for its bizarre, often draconian laws. The sale of chewing gum is prohibited, as is pornography, and the possession of durian fruits on mass transit. Punishment can range from extreme fines to prison terms, as well as corporal punishment, and the death penalty. One of the stranger rules involves toilets. If you use a toilet in public and neglect to flush, police (who check randomly), can arrest you. You can be subject to a $500 fine and even a public caning for leaving behind a present for the next unsuspecting patron. 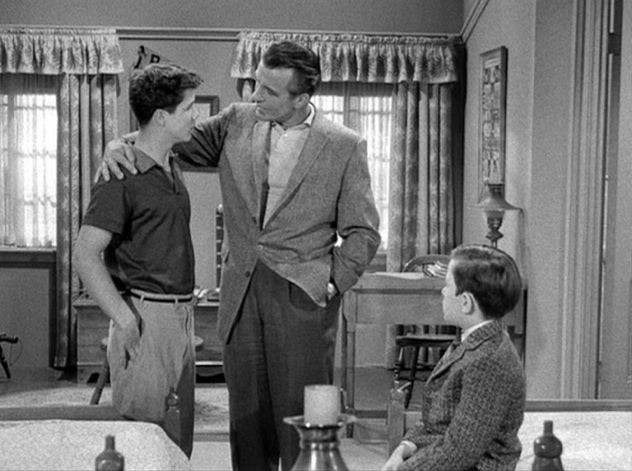 It is believed that the first toilet shown on television was featured in a 1957 episode of the sitcom “Leave It To Beaver”. In the episode, Beaver and his big brother Wally order a pet alligator named “Captain Jack” from a comic book ad. Hoping to hide their pet from their parents, the boys stashed Jack in the toilet tank. It is interesting to note that network censors so feared a public backlash that they only showed the tank, not the complete toilet.

7
Carson and the Toilet Paper Shortage 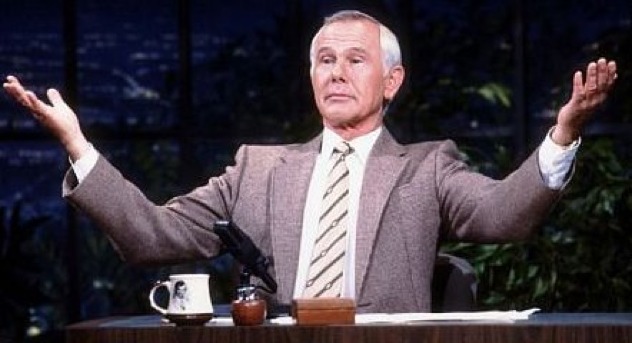 In 1973, perhaps having no more pressing concerns, a Wisconsin congressman named Harold Froelich voiced a concern that the United States faced an impending paper shortage in the coming year. The story made very minor headlines, and would have ended there if the staff of “The Tonight Show Starring Johnny Carson” hadn’t happened across the article. Like today’s late show hosts, Johnny Carson was well known for riffing on the headlines, but on December 19, 1973, viewers took him quite seriously when he warned of a nationwide shortage in toilet paper. The next day, shoppers went wild, buying every roll off their store shelves and hoarding it. Some stores took advantage, price gouging customers on this suddenly scarce commodity. Although Carson took to the air the following night to assure his viewers the warning had been meant in a purely tongue-in-cheek fashion, the damage had been done. 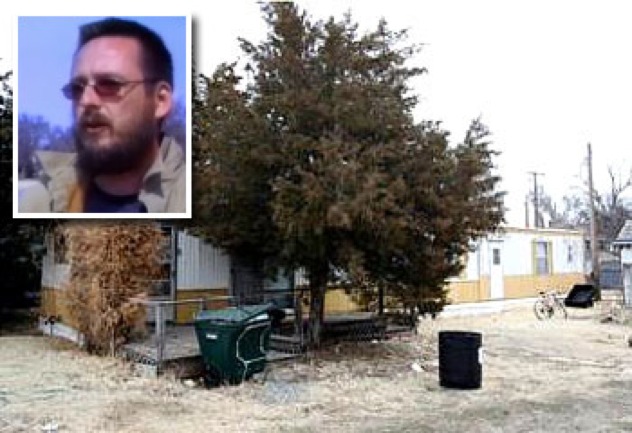 In February of 2008, authorities were summoned to the home of Kory McFarren in Ness City, Kansas. McFarren reported that there was “something wrong” with his girlfriend. What was wrong was that 35 year old Pam Babcock had been sitting on his toilet for some two years, so long that her skin had grown around the seat. Paramedics were forced to remove the seat, where it was surgically removed at the hospital. It has since been revealed that Babcock suffered from some mental disorder; when McFarren asked her to leave the bathroom, she would reply “Maybe tomorrow.”

Although there was some debate as to whether or not the boyfriend would face charges, McFarren was eventually convicted of misdemeanor treatment of a dependent adult for waiting so long to seek help. He was sentenced to 6 months probation. Strangely enough, this is not the only case of a woman holding long time residence of the toilet; a Chinese woman in Singapore also held a two and a half year vigil on the bowl beginning in March of 2009. She claimed that she “felt a force holding me down”. 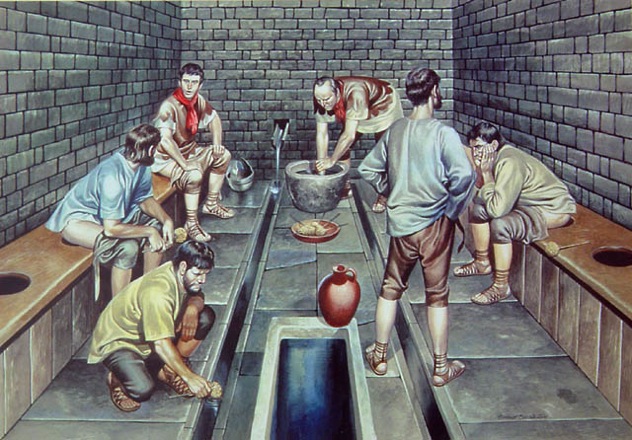 Toilet paper as we know it is actually a very recent innovation, only about a hundred and fifty years old. Before Charmin, almost anything at hand was used; leaves, corncobs, and shells amongst other items. In some Asian nations, it was customary to use the left hand and a pitcher of water. This goes to explain some of the prejudice exercised toward left-handed people; throughout India and the Middle East, the left hand is considered unclean, and using it to pass someone an item is considered an insult. The use of actual paper came with the rise of department stores, who distributed catalogs to their customers. Indeed, there was a terrible backlash when the Sears & Roebuck catalog began using glossy, non-absorbent paper to publish photos. 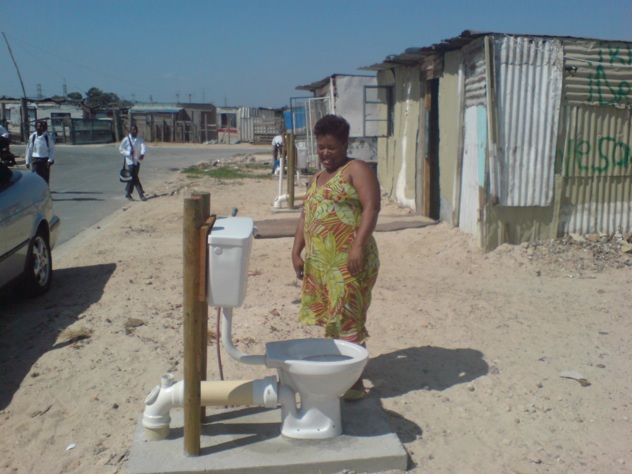 The modern bathroom is far from a universal convenience; billions worldwide have little or no access to sanitary facilities. In many Third World nations, people are lucky to have a hole in the ground. In many places, especially heavily populated slums, even that luxury is often denied. In the harshest sections of Nairobi, the capital of Kenya, the most commonly used method of waste disposal is the “flying toilet”. Euphemisms are rarely more gentle; a flying toilet is little more than a plastic bag that is defecated in, then hurled away as far as possible. The streets are covered with mountains of such filth, a hazard that allows diseases such as malaria and typhoid fever to thrive. The rainy season is especially treacherous, with floodwaters washing the waste through people’s homes and into their drinking water. Some entrepreneurs have begun installing public toilets and charging the public a small fee to use them, but progress toward improvement is very slow.

In Germany and Austria, it is common to encounter “washout toilets”, which feature an inspection shelf to catch your deposit. Upon rising, you are able to inspect your leavings for health reasons (mostly to check for the presence of worms or other parasites). While this construction eliminates the possibility of the dread “splash back”, it is reported that a near immediate mercy flush is required to alleviate the odor. For this reason, many Germans find it quite important to employ a good plumber in the case of emergencies.

There are few more vulnerable moments than those spent sitting on the toilet. Indeed, visiting the bathroom is not without its perils from the local wildlife. Modern plumbing has greatly minimized human contact with the deadly black widow spider, who loved to dwell in outhouses (dark areas teeming with edible insects). However, all of our innovations fail to save us from rats, who have been known to swim up through pipes and enter homes through toilets, even attacking those unfortunate enough to be sitting there at the time. 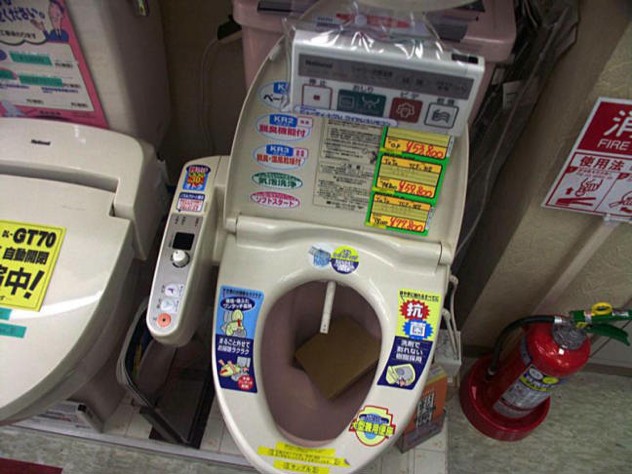 The design of toilets has not changed much in generations; in the Western world, most toilets are of a simple flush design. However, there is a growing trend for computerized “smart toilets”; the Japanese in particular are well known for their high tech commodes. With some varieties priced well over $5,000, Japanese toilets sport an array of options more advanced than those found in most cars. High-end models have automatic lids, temperature controlled bidets, heated seats, driers, deodorizers, music, and even medical sensors with options for measuring the pulse, blood sugar, and body fat of the user. In addition to more practical developments, the Japanese have also developed bathroom video games such as Sega’s “Toylet”, a urinal game controlled by the stream of the player.

Mike Devlin is an aspiring novelist. He always keeps plenty of 2-ply on hand.