Hopefully, many of our readers still think that humanity, at its core, is a good thing. We share that same belief; but every now and again, researchers come up with results that reveal rather unsettling facts about our species. For example: 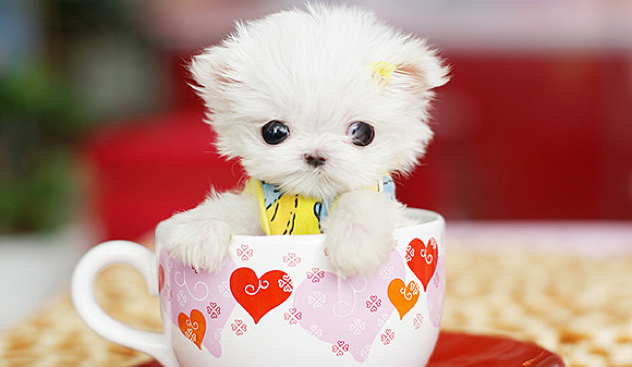 If you happened upon a lost wallet full of cash, would you return it? That’s the question researchers in Edinburgh wanted to answer—but they added a few extra conditions, to make it more interesting. As part of the experiment, they left a whole bunch of wallets lying around the city, complete with the address of the fictional owner who’d lost it. And along with this information, the researchers put a picture into the wallet to see what was most likely to ensure its safe return.

The results were reported by the wider media with the information that having a baby picture in your wallet was the best way to encourage strangers to return it. But the results also found that wallets containing evidence of charity donations were returned less often than all of the others (with the single exception of the control wallets, which contained nothing).

The wallets which suggested that the owner was a keen supporter of charity were only returned in twenty percent of cases, while the wallets containing a picture of a dog were returned in fifty-three percent of cases. For comparison’s sake, the control wallets which contained nothing but money were returned fifteen percent of the time. So according to this data, you’re thirty-three percent more likely to have someone return your wallet if you advertise that you love dogs, rather than charity. And speaking of charity:

9
We Give To Charity To Please Ourselves 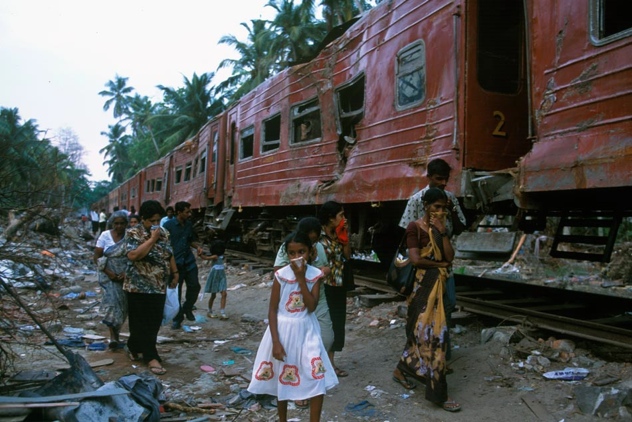 Giving to charity is always a good thing, unless it’s a charity for eugenics or something—but for the most part, sticking your hand in your pocket and giving some of your hard-earned money to a needy cause is something you should be applauded for.

But when some researchers at the university of Kent decided to find out what actually motivated people to donate money to charity, their results were surprising. They found that people were naturally inclined to donate to charity purely based on their own views and tastes; one person donated to dog charities, for example, purely because they hated cats.

It was also discovered that people were likely to automatically justify not donating to an objectively important charity simply because it conflicted with their own personal views, regardless of how informed such views were. One interviewee refused to send any money overseas—for example to the Sri Lankan Tsunami victims— because such money went to “supporting Mugabe and people like that.”

Of course, giving to charity is generally a very good thing—but you have to admit that it’s a little disheartening to learn that one of the most selfless things a person can do, is so easily affected by a person’s own self-oriented interests and views. 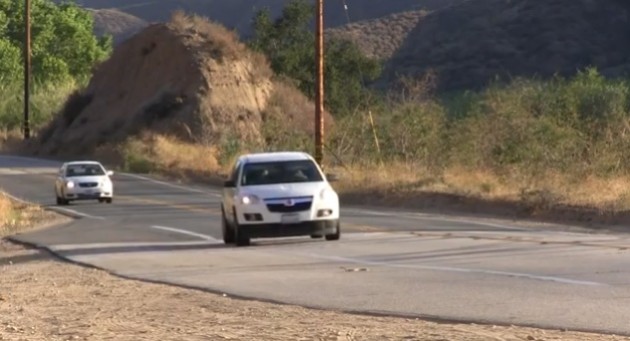 The chances are that on any given day, you’ll walk past the kind of person who would intentionally run over an animal on the side of the road. In an experiment conducted by Mark Rober, an engineer for NASA, a bunch of rubber snakes, tarantulas, and turtles were placed by the side of a highway, just to see what would happen. Apparently NASA wasn’t busy that day.

Rober found that out of one thousand passing cars documented, as many as sixty went out of their way to squash them. The drivers made a conscious decision to swerve beyond the roadside boundaries in an attempt to kill the rubber animals. Perhaps unsurprisingly, eighty-nine percent of such cases involved SUVs.

On the flip side, a good number of people did pull up in an attempt to help the animal—but that doesn’t change the fact that when presented with a innocent little snake just trying to go about its business, more than one in twenty people risked their own lives to destroy it. 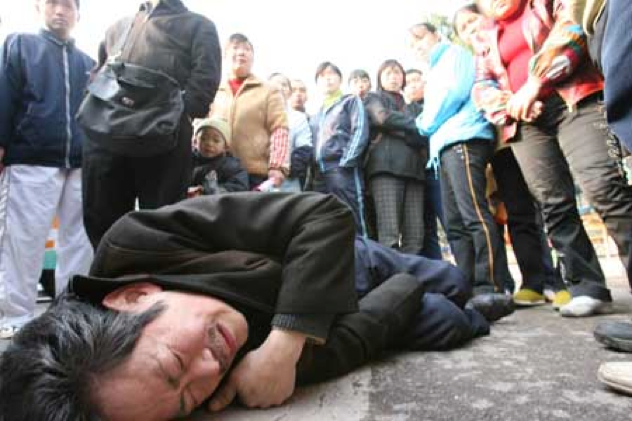 The bystander effect has already been mentioned on Listverse. And it now seems that this effect is so strong, we’ll even risk our own lives to conform to it.

In a joint experiment by members of the universities of Columbia and New York, subjects were placed into a room under the assumption that they had to fill in a questionnaire. After the subject had been in the room for a pre-determined amount of time, thick smoke was pumped through an air-vent. Astonishingly—and despite the very real threat of other people and themselves burning to death—the more people who were present in the room, the less likely anyone was to report it.

In some cases, people actually sat and completed their questionnaire while the smoke was making them cough and wipe their eyes in discomfort. When later asked about their reasons for staying silent, it appeared that many people had reasoned that it probably wasn’t a fire—and some had even assumed that the smoke was more likely to be “truth gas.” 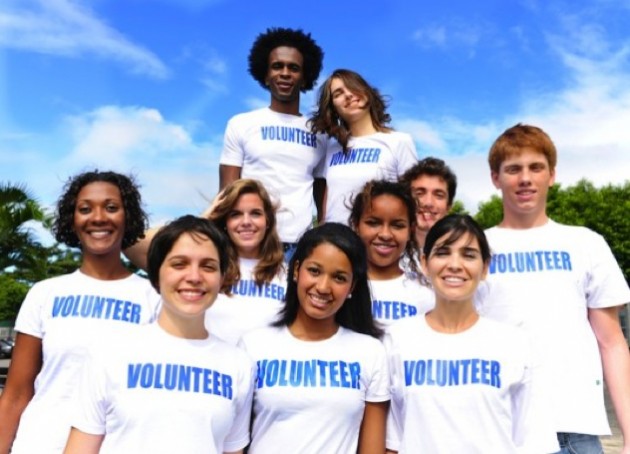 Volunteer work, like charity, is something that should be rewarded. But apparently it shouldn’t be rewarded with money.

Researchers tested people’s willingness to volunteer their time for a cause, if they were paid for doing so. Amazingly, when the person was given a monetary incentive to complete the work, the amount of time they volunteered plummeted.

Though this may suggest that people are more likely to do something nice when there’s no question of financial reward, it also means that the ability of organizations to increase volunteers is largely limited to whether or not people feel like volunteering. You only need to refer to the second item on this list to know why that’s a kind of a bad thing.

5
We Assume That Strangers Are Male 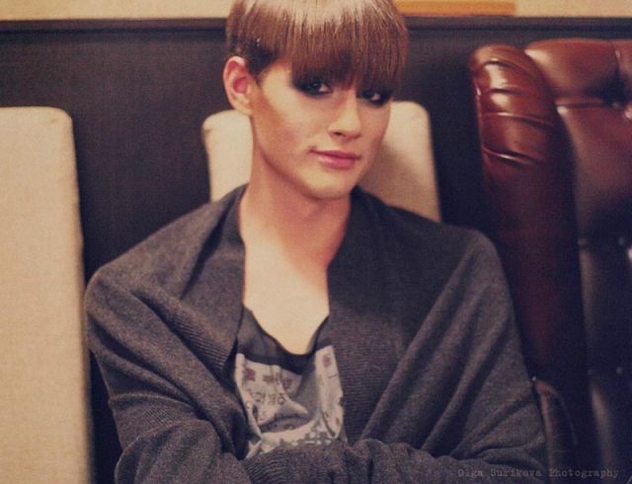 Gender inequality is certainly a hot topic—and since you’re reading this online, you’re presumably already aware of how divisive the issue can be. In spite of the general enlightenment concerning sexism, it appears that gender discrimination is so ingrained in our heads that we’ll generally assume an unknown figure is a man—regardless of what the evidence tells us.

In an experiment published last year, it was found that when presented with computer simulated images of a human body, the majority of people assumed these images were of a man—even when the images shown depicted a female body or silhouette.

If you’re wondering why this is important, think of all the times you’ve seen God—who supposedly lies beyond our imaginations—portrayed as a male. And think of all the times you’ve assumed that a doctor is going to be a man. Our habit of automatic male identification goes partway to explaining why that may be the case; and it presents a problem for anyone who values gender equality. 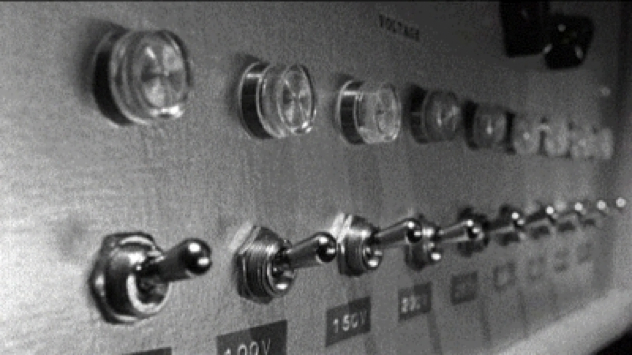 If you’ve ever heard of Milgram’s experiments, you’re probably already aware of the concept of submission to authority.

The really surprising thing is how little actual authority a person needs in order to persuade people to do evil things. In one of Milgram’s most famous experiments, for example, participants were asked to administer tiny doses of electricity to another human being from a remote location, as part of a study. As the voltage increased, the actor being “electrocuted”—who had originally given his consent—began to beg for the experiment to stop.

The ordinary people involved in the experiment expressed doubts about the safety of the person they were electrocuting; but all that was needed to make them continue was a man in a lab coat.

If you’re wondering if this weird obedience is exclusively reserved for men in lab coats, it’s not: hustlers in the UK informally tested this theory of social compliance, and figured out that masquerading as an authority figure can be as simple as putting on a fluorescent jacket. 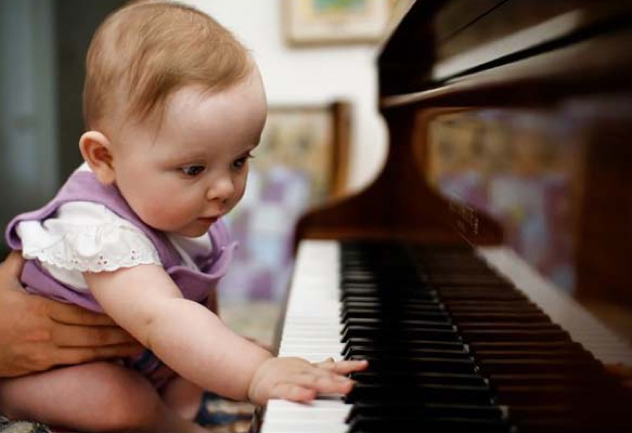 “Practice makes perfect” is one of the oldest sayings out there. But in 2013, someone tested whether or not this were actually the case. And as it turns out—it isn’t.

In an experiment aimed at finding out how quickly people were able to grasp the skills behind chess and music, it was found that thousands of hours of practice didn’t necessarily mean that a person would become an expert. In other words, practice alone isn’t enough to learn a skill fully; innate ability and natural talent play a far bigger role than many of us like to think.

Though the researchers stressed that practice does allow a person to become fairly adept at a given skill, the difference between “good and great” doesn’t come down to much you practice—instead, it’s determined by whether or not you as a person are predisposed to have a natural affinity for that skill. Think about what that means: a good many of the kids out there, practicing guitar in the hope of emulating their idol, will never achieve their goal.

2
We Lie and Cheat When We Feel Bad 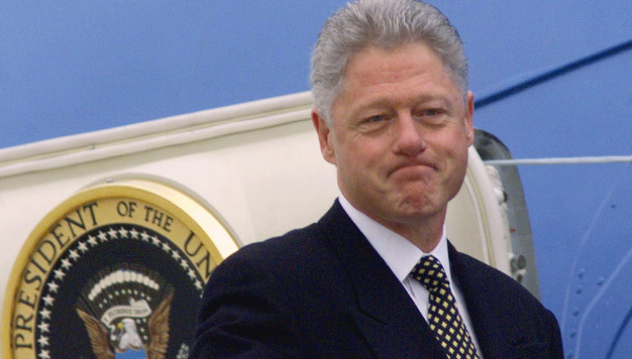 Feeling sad, or having otherwise low self-esteem, makes us more likely to do bad things—or at the very least, to justify them more easily.

One of the more famous experiments relating to this theory involved giving a bunch of students a small boost to their self-esteem in the form of a personality test, quickly followed by another experiment in which they’d be presented with an opportunity to cheat another student to earn money.

The results found that students who’d been given positive feedback on their personality tests were far less likely to cheat than those who’d been given bad feedback—for example by being told the test revealed that they were uninteresting. Just think of how often insults much worse than that are thrown around online.

So what was responsible for the correlation? Well, the research concluded that the phenomenon was due to something they dubbed “self-esteem dissonance.” Basically, a person with a high opinion of themselves found it much harder to justify an immoral action, as it clashed more strongly with the way they perceived themselves. It’s easier to justify lying to someone when you have the mindset that no one cares what you do.

1
We Feel Less Empathy For Other Races 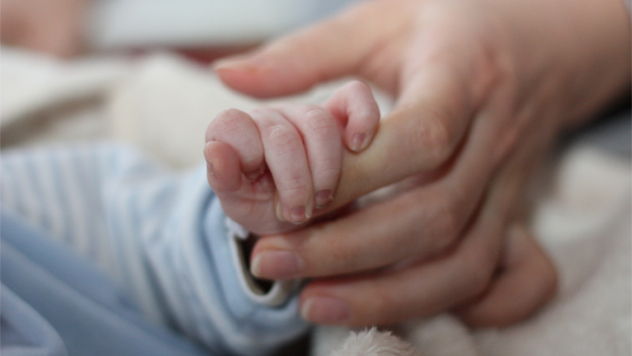 As part of an Italian study on pain relief, both black and white people were asked to watch a short clip of hands being pricked with needles, while scientists monitored the observers’ brain activity and heart rates. Importantly, some of the pricked hands were black, and others were white.

It was noted that both the black and white participants reacted more strongly when they saw a hand of their own race being pricked. To eliminate the possibility that the participants were merely imagining their own hands, the researchers also showed clips of a bright purple hand being pricked. Both the black and white participants had a stronger emotional reaction to the pricking of the purple hand, than to the pricking of the hand belonging to the other race.

Though the experiment was mostly conducted to gauge whether doctors would have more trouble identifying the pain of a patient of a different race, it inadvertently found that we subconsciously draw a distinction between races in our emotional responses.

If you’re in the mood for more facts, Karl is currently documenting every awesome athlete from history, here. He also has a Twitter, if you’re into that kind of thing.