Sooner or later, death comes for us all, and what was once a living, breathing organism is just another pile of food. While all manner of animals might stop to snack on a rotting carcass, some have adapted strange characteristics and behaviors entirely unique to the consumption of the dead. They may seem unsettling to those of us who prefer fresher meals, but fascinating scavengers like these provide a crucial service in recycling organic resources back into the food chain. 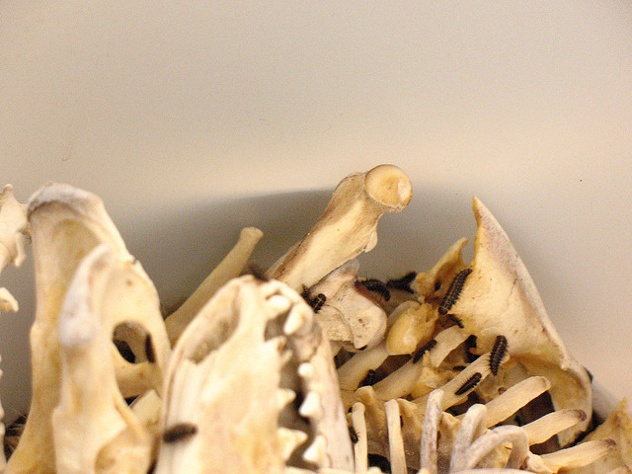 When other scavengers are done picking soft tissues from a carcass, all that’s eventually left are the “dry” remains…the bones, the hair and leathery scraps of skin. These materials are edible to both larval and adult Dermestid beetles, found world wide and sometimes even in our homes where they consume organic fibers in clothing, carpeting and furniture. Museums and taxidermists even employ thousands of these creatures at a time to clean skeletons for display, but must be careful to retrieve them before the bone itself gets nibbled on.

The Burying Beetles, or Nicrophoridae, are one of the two main groups of carrion beetle. These Halloween-colored creatures usually mate for life, atop the body of a small, dead bird or rodent, then spend all night working the entire corpse into a small ball and burying it underground. The devoted mother is buried alive with the body, spending the rest of her days chewing up the rotten flesh for her larvae, while the male, if he didn’t join her, stays on guard above ground. 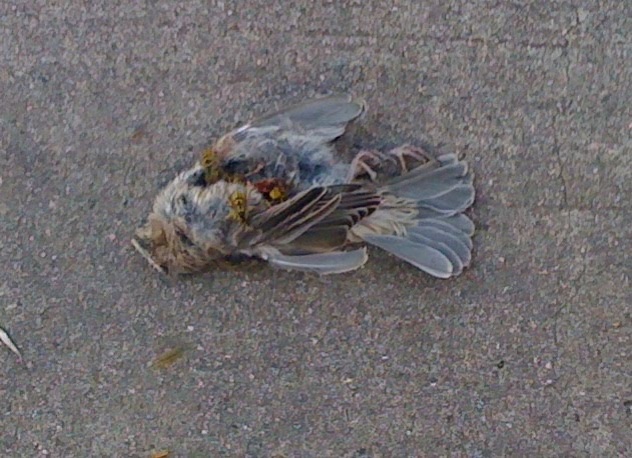 Related to ants and wasps, bees come in a massive variety of forms throughout the world, but all feed at least partially on plant matter (especially nectar and pollen) with the exception of three bizarre species in the genus Trigona. These stingless social bees raise their larvae almost exclusively on decaying meat, which they chew and regurgitate into a liquid form the same way other bees make honey, filling their egg chambers with a thick, sticky slurry of rotten flesh. 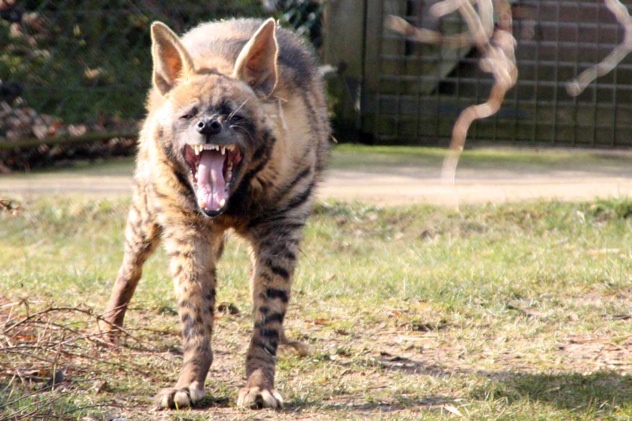 Most species of Hyena are primarily hunters, but the species Hyaena hyaena fits their scavenging reputation to a T. Feeding almost entirely off the kills of other predators—including their fellow hyenas—they are even specially adapted to easily digest whole bones, even consuming so much bone that it turns their droppings chalky and white. 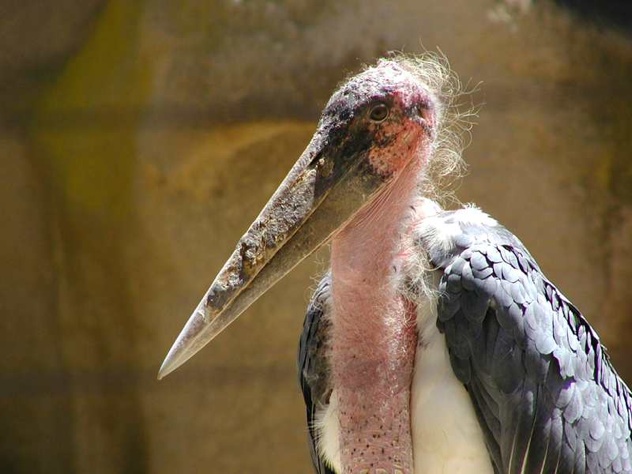 Storks are usually wetland predators, feeding primarily on small fish and frogs. Leptoptilos crumeniferus, however, also known as the “undertaker bird,” takes a cue from vultures and feeds frequently on decaying meat, even sporting a completely bald head for reaching deep into wet, festering body cavities. Due to these unusual dietary habits, it’s just as at home in dry, arid plains as it is in muddy marshland, and is possibly the largest scavenging bird in the world. 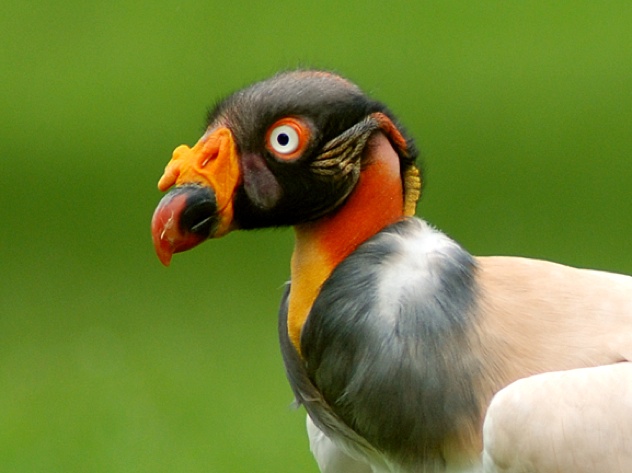 Living up to its title, Sarcoramphus papa is one of the largest of all true vultures, by far the most extravagantly colored, and dominates over all carrion birds but the even larger Andean Condor. Though it usually lives alone, it will follow flocks of other, smaller vulture species to more easily locate food, and these vultures in turn often depend upon the “king’s” stronger beak to make the first tear in a large, tough carcass. Preferring to eat the skin, cartilage and other tough tissues, it leaves much of the meat and entrails to the lesser subjects. 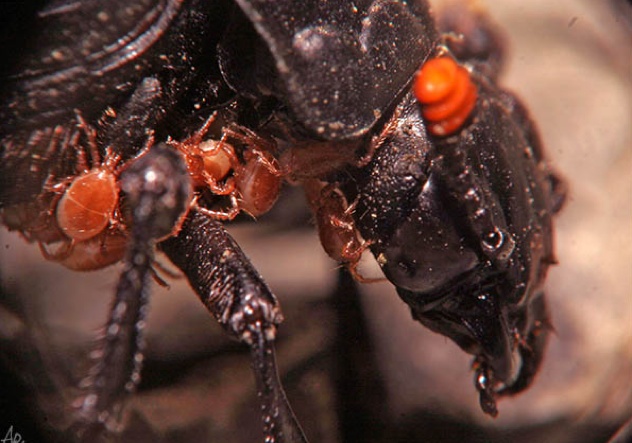 Many species of mite live in symbiosis with the carrion beetles we’ve already talked about, using the beetles as transportation from one corpse to the next. It’s not the putrid meat these arachnids are after, but rather the eggs and larvae of flies. It’s one of the most ghoulish mutual partnerships in the insect world; the mites devour the maggots, and the beetle’s larvae get all that decayed flesh to themselves. 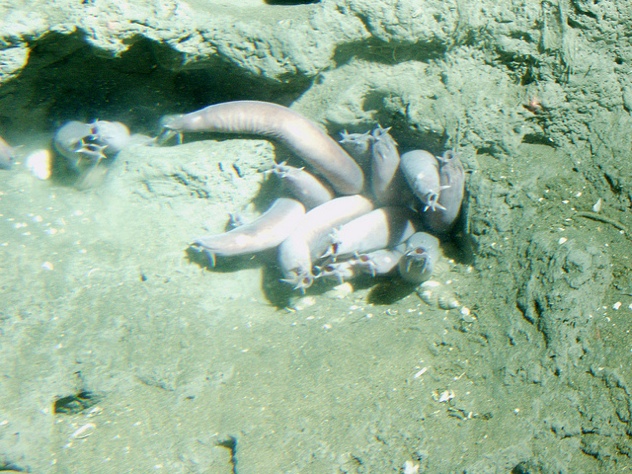 In the ocean, the dead often become a free-for-all buffet, scavenged by sharks, crabs, starfish, worms and innumerable other opportunists. The bizarre hagfishes, however, exhibit special adaptations for deep-sea scavenging. Survivors of an ancient, jawless vertebrate lineage, they wield a rasping, tooth-covered plate to shave flesh into their throats, and stranger still, are able to absorb nutrients directly through their skin as they writhe through decaying innards, similar to the feeding mechanism of a tapeworm. They are particularly renowned for the thick, sticky slime they can secrete in copious amounts, which assists them in slipping through the orifices of the dead and suffocates any sea creature foolish enough to attack them. These maggots of the water are usually the dominant scavengers at whale carcasses, swarming over the sunken giants until only the bones remain. 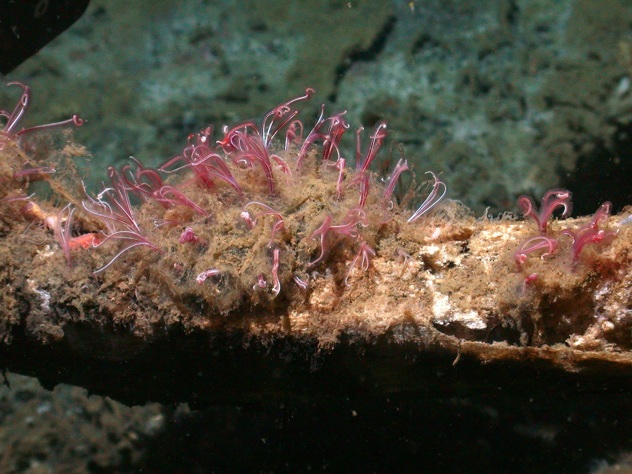 Hagfish may be the sea’s leading connoisseurs of rotten meat, but there’s still a lot of nutrients locked deep within a skeleton once the flesh-eaters have had their fill. This is the domain of the Osedax worms, also affectionately referred to by some researchers as “zombie worms” and “snot flowers.” More plant-like than worm-like in anatomical structure, these otherworldly creatures drill into bare bones with a network of corrosive “roots,” breathe through pink, flower-like gills and rely on symbiotic bacteria to metabolize the lipids in bone tissue. At least, the females do, anyhow. Male Osedax are virtually microscopic, and live inside the females by the hundreds, continuously fertilizing thousands of tiny eggs. Like fungal spores, these eggs are released to drift in the water, hatching only when they come into contact with a suitable skeleton. 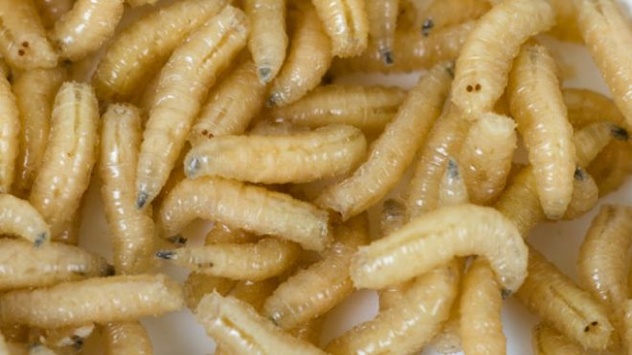 Flies are notorious for carrying disease, and their larvae are regarded as truly repulsive by much of the human race, but our world would overall be far filthier without them.

Every aspect of a maggot’s biology is exactly what the little creatures need to strip away dead tissues with maximum possible speed and efficiency; their tapered, limbless bodies, ringed with bands of rough pustules, function as the perfect organic drill as they undulate and twist into their food source. A set of hooks, like the tusks of a walrus, give them a firm grip as they feed, regurgitating digestive enzymes and slurping the remains into their soft, jawless throats. Thanks to a pair of breathing pores near their anus, they can bury themselves in their food and eat continuously without coming up for air, “snorkeling” through their butts.

All this may sound nauseating to our tastes, but these garbage men of the insect world are the most ubiquitous, efficient and ecologically important of all scavengers on the Earth’s surface, eliminating more animal waste than virtually all other processes combined. Even if they looked or moved too differently, maggots would not be the perfect recycling system that they are. They’re Mother Nature’s all-purpose deep cleaning solvent, even getting those tricky squirrel stains out of asphalt.

Next time you see these little guys inching around your trash, just be glad we’re not the ones who were given such a dirty job, and consider that maybe, just maybe, animals like maggots, snot flowers and bone beetles can have as much beauty and character as any fluffy grass-eater or majestic hunter.