A previous Listverse Entry contained some rather bizarre Bible passages. In this paranormal sequel, we examine set of even stranger accounts, which are often overlooked due to their shocking nature. In this provocative account, we consider UFOs, ghosts, God’s evil spirits and perhaps aliens that re-define the term “Biblical” and force us to reconsider what this mysterious text really says. 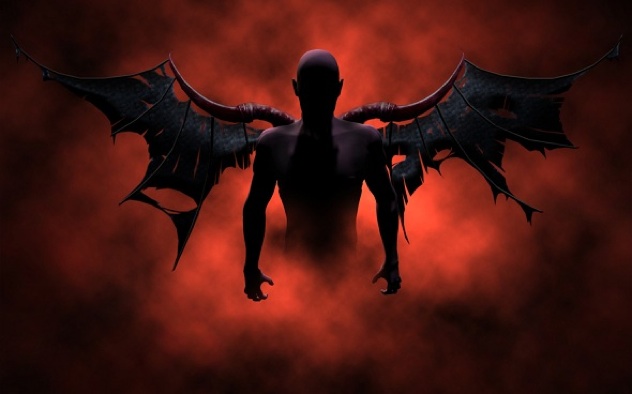 Throughout the Bible, sorcery, invoking demons and pretty much anything to do with magic is forbidden. However, the top level offense of evoking evil spirits would appear to be an offense not so much because it is intrinsically forbidden, but rather, because it is God’s area of speciality when a leader does not respond. In the book of 1st Samuel, God’s favor is not only withdrawn from King Saul, but “an evil spirit from the Lord” was sent forth upon Saul to “torment him, which makes him act like “an animal”. In the book of Judges, Abimelech’s dealings with the Sechemites turn dark when an evil spirit sent by God casts its influence. These Biblical passages are contrary to some views, and are sometimes ignored or re-interpreted to avoid the unsettling implications. 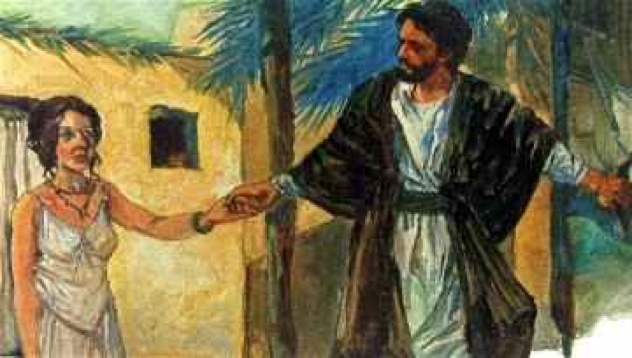 No matter how you choose to interpret the Bible, it is pretty clear that when God wants to make a point, anything goes. Although the New Testament encourages believers “not to be unequally yoked” with infidels, for light has no kinship with darkness, in the days of the Israelites, God apparently had not quite got there yet. In the days of the Prophet Hosea, God was concerned with unbelief, and instructed him to not only preach about the danger of corruption and waywardness, but to marry a prostitute as a symbol of Israel’s unfaithfulness, coupled with his plan of redemption. Hosea was wed to Rahab under god’s explicit blessing, and she proceeded to sell out on him in a predictable multitude of occurrences.

8
The Legend of Onan 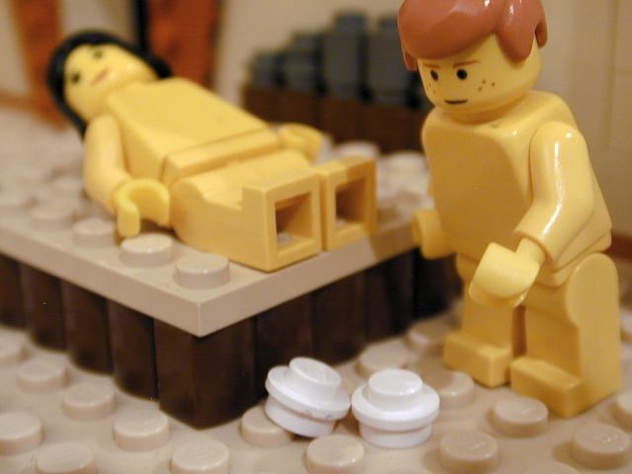 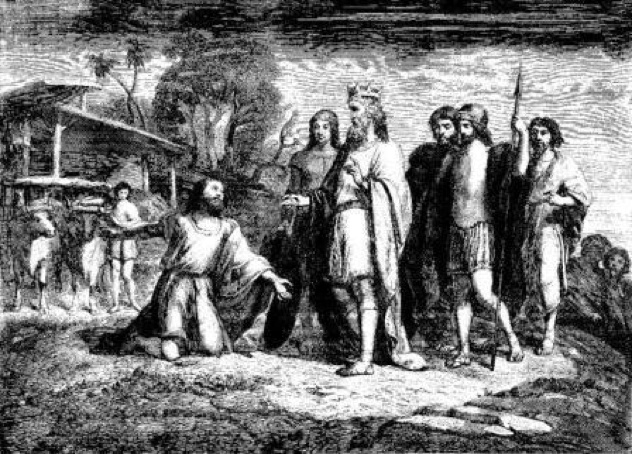 In the book of 2 Samuel, King David is said to have been incited by “The Angel of the Lord” to take a census of Israel”, against God’s will, which triggered a massive wave of lethal retribution against the Israelites. While this seems like provocateurism, 1 Chronicles identifies Satan as the one who incited King David to take the census, casting him as one who can pit humans against God. A fascinating difference in reporting exists between the two accounts, and to this day, the Bible identifies both God and Satan as the cause of David’s ill-fated actions. The apparent conflict has not only sparked debate, but it has led to some rather disturbing conspiracies and conceptions. Whatever the case, the identify of “The Angel of the Lord” remains shrouded in mystery. 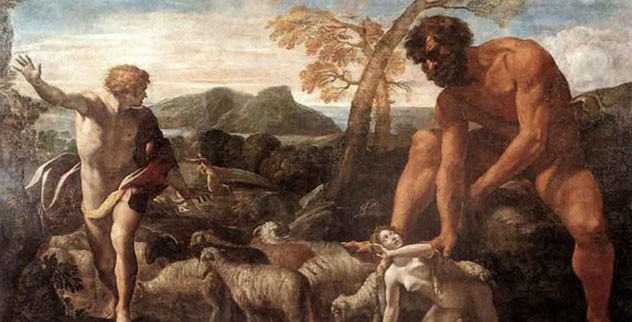 In many cases, popular interpretation of Biblical accounts may focus on allegorical interpretations that frequently present the universe as a place inhabited by man, other animals and “angels”. However, in a twist not unlike the themes of Star Wars, Earth may have been inhabited by another species of advanced being somewhat unlike man. This second species appears on Earth in a past time described in Genesis 6:5 and several other Old Testament passages, which describe how “The Nephilim were on the earth in those days, and also afterward, when the sons of God came in to the daughters of men, and they bore children to them”. The Nephilim mystery has never been fully resolved, but many Biblical scholars have considered them to be angelic/human hybrids.

5
Underground Lion Hunting in the Snow 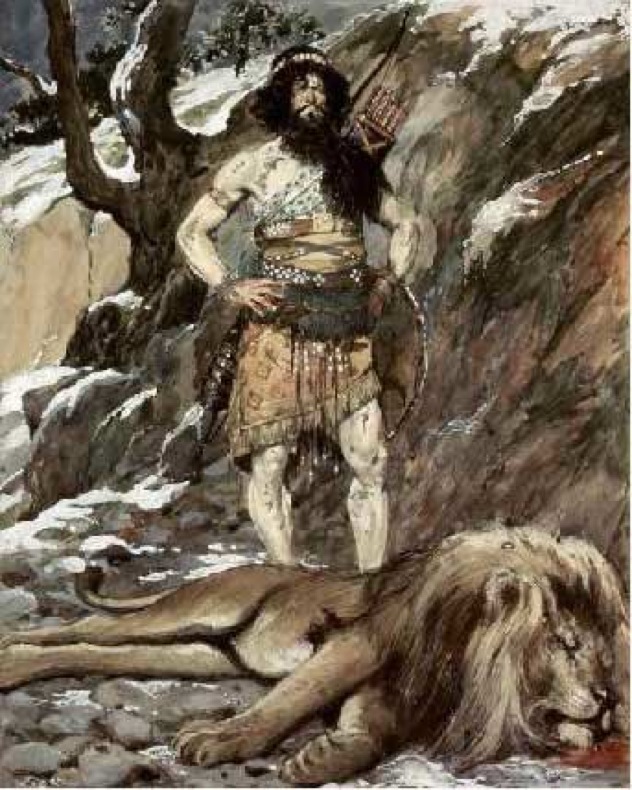 In one of the strangest and most seemingly random Biblical accounts, the warrior Jehoidah, the son of Benaniah, is described as “a valiant fighter from Kabzeel, who “engaged in great exploits”. Apart from taking on enemy tribes, he was known for having “having gone out to a cave on snowy day, where he killed lion”. In a more modern era, seeking out a wild animal in such a manner would be considered unethical, but he was valued as one of the King’s mighty men. In a strange follow on section that reads rather like a resume, he “also defeated and killed a 7 foot Egyptian warrior” by taking his spear and using it against him. Following these events, one of the King’s warriors apparently killed 300 men with his spear. 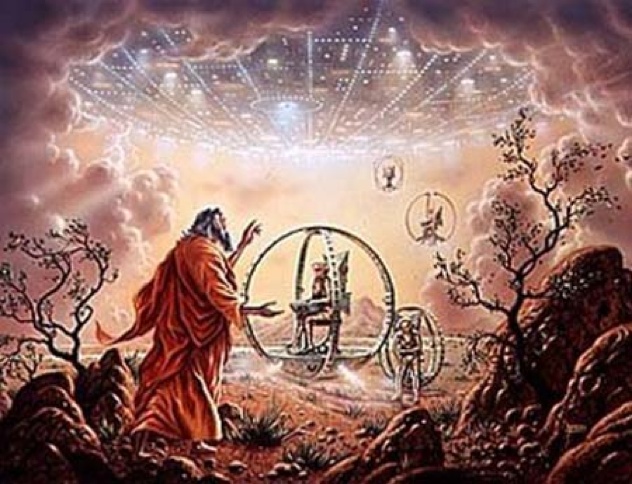 The prophet Ezekiel offers one of the most fascinating accounts in the entire Old Testament, with an eerily modern description of flying vehicles. According to the writings in his namesake Book, Ezekiel saw a craft descend through the Earth’s atmosphere that contained “wheels within wheels”. Beings with humanlike faces emerged from the craft, which had “legs with with the appearance of bronze, and shining faces”. Ezekiel’s graphic description highlights the fact that the wheels rose up with the craft, and did not spin. The description is eerily similar to contemporary accounts of “flying saucers”, and the strange creatures sound like an Earthling prophet’s best efforts to describe something all too physical, and perhaps even robotic or alien, rather than a vision or spiritual concept.

3
Talking to the Dead 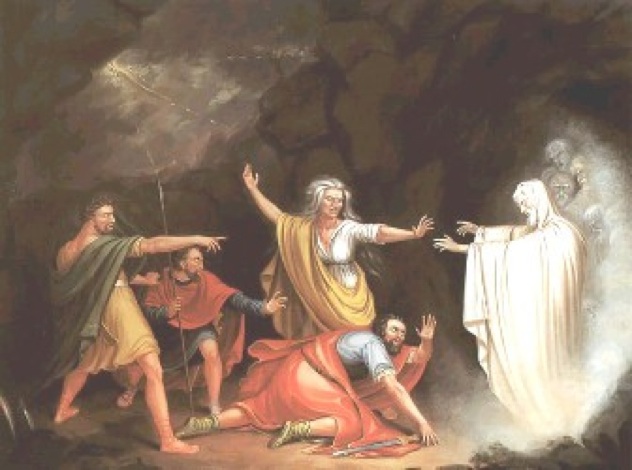 In the history of Judeo-Christian religious tradition, perspectives on ghosts have ranged widely from disbelief, to partial acceptance and even attribution of ghosts to malevolent daemon spirits. Letting the Bible speak for itself, First Samuel describes King Saul’s visit to the now famous “Witch of Endor”, who proceeded to call forth the spirit of Samuel. The practice of necromancy was forbidden in the Bible for reasons still unknown, but it appears that Samuel really did come back as a ghost or spirit. The implications of this bizarre occurrence in the Bible are varied, but it did not end well for Saul, as his imminent death was predicted by Samuel’s spirit. Most disturbingly, Samuel asks Saul “why he has disturbed him by bringing him up”. 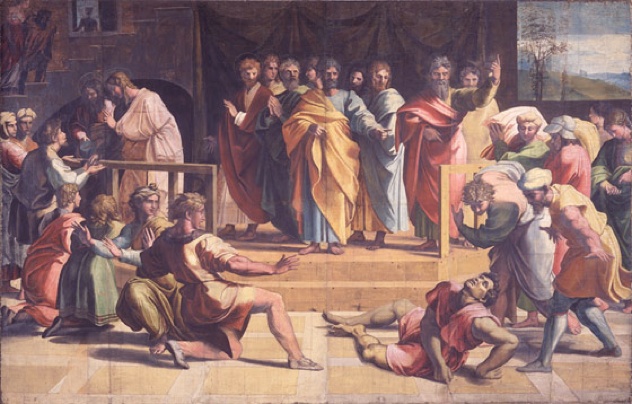 A vast gulf exists between the prolific nature of Old Testament slayings by “The Angel of the Lord”, versus the New Testament regime of peace, the commandment to “judge not”, and the rise of benevolent spiritual forces. However, in the New Testament Book of Acts, Ananias and his wife Sapphira held back money for themselves following the sale of what was presumably church land, and were rebuked by the apostle Peter for “Lying to the Holy Spirit”. After confessing, they were both promptly struck dead, and “taken away by three young men”. This New Testament terror is said to have spread great fear through the early church. 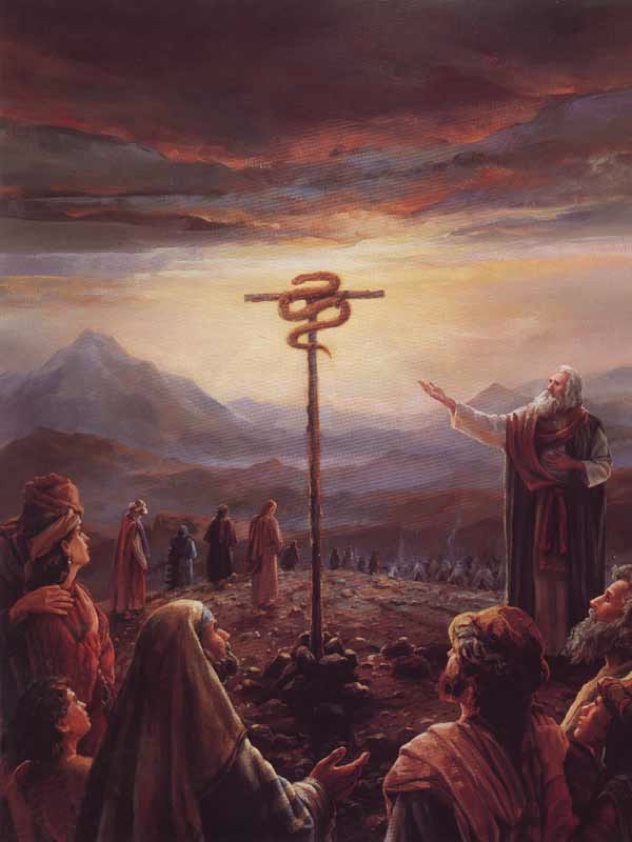 In accounts from the book of Numbers, a plague of snakes beset had beset the Israelites, and were biting and killing many people in the desert. God instructed his prophet Moses to smelt a bronze serpent, and place it in a pole in the ground in clear view. In a strange occurrence with almost magical overtones, people were instructed to look at the snake if bitten. Those who were attacked and looked at the likeness were reported to have recovered, while death followed those who failed to seek out the bronze serpent as a metaphysical antidote. The bronze snake might be seen as an amulet or charm, but it was intended more as a test of “faith”.

Mike Williams is a writer and world researcher with a slightly life-disrupting passion for ancient texts, alternative history and mysteries of the unexplained.