We tend to think of space travel in only the noblest of terms; steely-eyed men and women exploring the final frontier, the advancement of all human knowledge. But astronauts are people like every one of us, subject to idiosyncrasies, pettiness, and insecurities. Perhaps most notable was the case of NASA astronaut Lisa Nowak, who attempted to kidnap and murder the girlfriend of fellow astronaut William Oefelein, with whom he was having an affair. Or the Apollo crews who, when presented with three sizes of condom sleeves necessary to urinate during space travel invariably chose a “large”. NASA relented, changing the names of the sleeves to “large”, “gigantic”, and “humongous”. Below are ten facts which aim to truly humanize the experience of reaching for the stars. 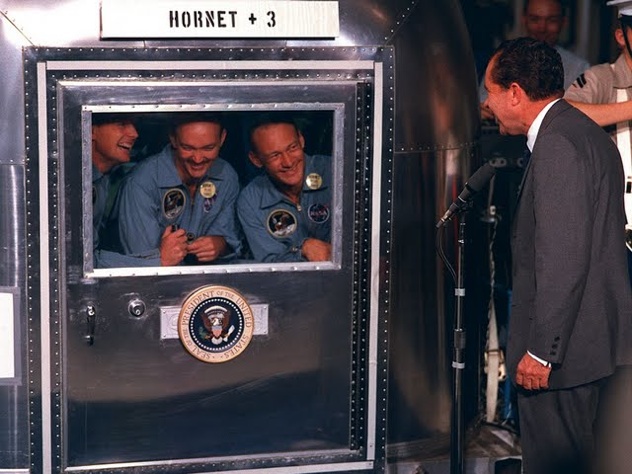 Traveling to space remains an inexact science; incidents like the Challenger and Columbia disasters prove we have yet to perfect the procedure. But in 1969, the program was truly in its infancy, and the Apollo 11 mission was the epitome of human innovation. And bravery. No one truly knew what would happen upon landing on the moon. To that end, then President Richard Nixon commissioned a speech written by William Safire to inform the nation in the event that the astronauts became stranded.

It began: “Fate has ordained that the men who went to the moon to explore in peace will stay on the moon to rest in peace. These brave men, Neil Armstrong and Edwin Aldrin, know that there is no hope for their recovery. But they also know that there is hope for mankind in their sacrifice. These two men are laying down their lives in mankind’s most noble goal: the search for truth and understanding.” 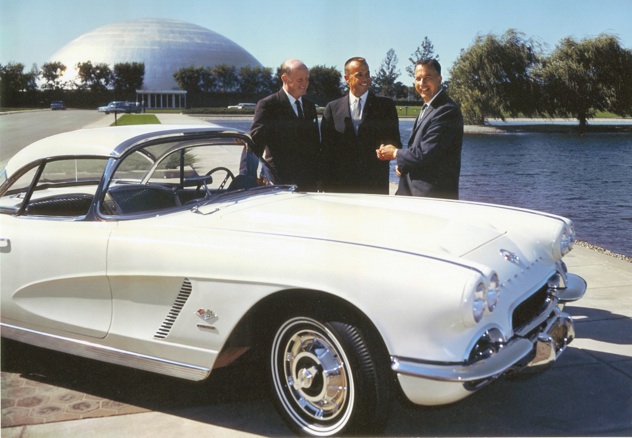 Although astronauts have been comparatively well paid, none could be described as ‘rich’. According to the NASA website, civilian astronauts earn a yearly salary between $64,724 and $141,715. There have been, however, certain perks to the job. When Alan Shephard showed up for space training in 1959, he was driving a 1957 Corvette. Quickly realizing what a boon having astronauts drive their vehicles could be, General Motors offered “special” (practically free) lease terms to them. Although NASA certainly did not officially endorse Corvettes, the vast majority of astronauts drove them. An exception was John Glenn (the first American to orbit the earth). Glenn had a family and drove a much more practical station wagon. 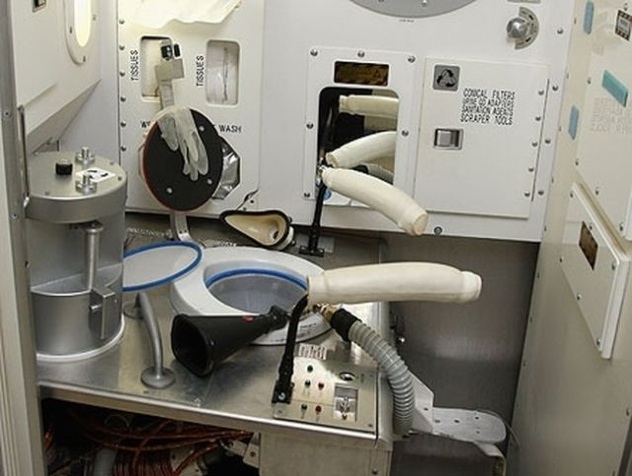 The International Space Station, a multinational project, is divided into two sections: an American and Russian section. In 1998, when the venture began, it was reported that the Americans and Russians got along famously, sharing resources such as food and exercise equipment. Unfortunately, squabbles began after the first few years. One of the biggest tiffs between them has been the use of bathroom facilities. In the past, the astronauts/cosmonauts used whichever bathroom was closer, but the Russians, whose meals include such rich fare as jellied fish and borscht, have a tendency to clog the toilets and the Americans have banned them from using their potties. 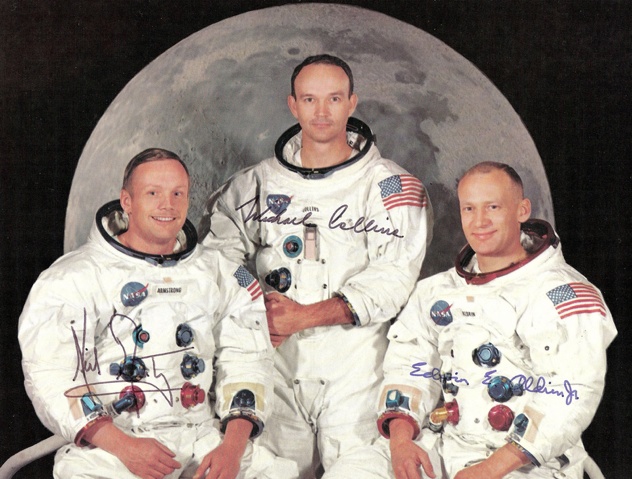 Perhaps the most shameful part of the Apollo 11 mission to the moon was the United States government’s failure to insure the lives of its astronauts. No life insurance company in the world would sign on to what was very likely to be a suicide mission. Hoping to provide some kind of legacy to their families, the astronauts signed a series of autographs which could be sold if they indeed perished on their miracle mission. Luckily, this would not prove necessary, and the men returned safe. Some of the emergency autographs have since emerged and have sold at auction for tens of thousands of dollars. 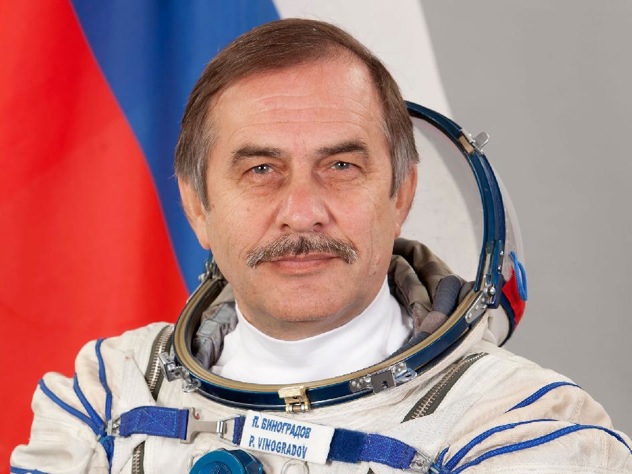 It is often said that nothing is certain but death and taxes, and that holds true for everyone, including astronauts. Apollo 13 Command Module Pilot Jack Swigert (best known for informing Houston of a “problem” with the electrical circuits, had another problem at the beginning of the mission. He’d forgotten to file his income taxes. When he reported this, mission control found it hilarious, and fellow astronaut Jim Lovell joked that Swigert’s income tax return was going to be used to buy fuel for the shuttle. Swigert was serious though, and didn’t drop the subject until he was told he’d be granted an extension. Fast forward 33 years, and Russian cosmonaut Pavel Vinogradov, current commander on the International Space Station, used the internet to become the first person to pay their taxes from space. 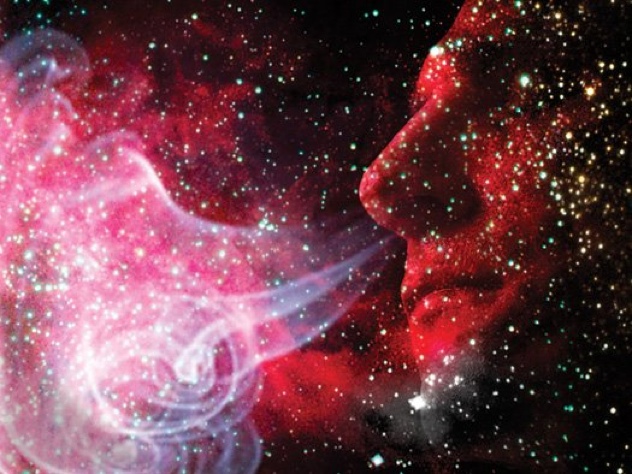 If asked to guess what outer space smelled like, the majority of us would be tempted to say that it smelled like ozone, like nothingness. But astronauts claim that is not in fact the case. After going on space walks, most report a hot “meaty-metallic” scent, others assert that there is a fruity note of raspberry and rum, an acrid odor like welding fumes. No truly inclusive description has ever been created, and NASA’s attempts to recreate the “indescribable” scent have generally met with failure. 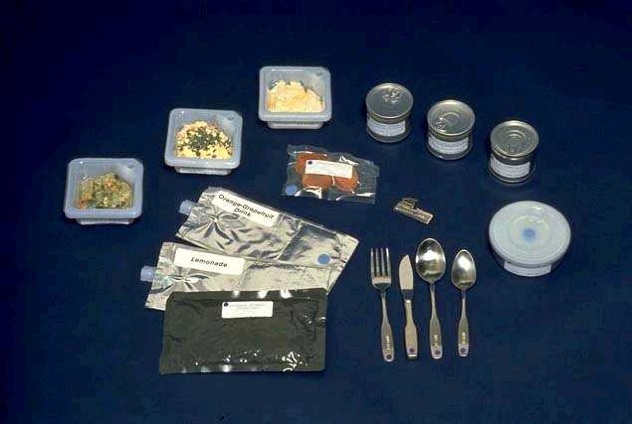 In museums and NASA gift shops, “astronaut food” is readily available. These freeze dried meals were prepared on space shuttles with the addition of water. The most famous was a little slab of Neapolitan ice cream. It doesn’t taste all that great, but in zero gravity, one’s senses are often severely compromised. Without gravity to moor things in place, food does not settle on tastebuds in the way we are accustomed. Moreover, the fluids rise and coalesce in sinuses, leaving astronauts with a feeling rather like the congestion of a bad cold. The lack of taste leads those in space to favor foods with rather strong flavors, like tabasco sauce. However, space programs continue to try appealing to the palates of astronauts; in describing the need for a traditional meal during the holidays, NASA’s website claims, “Should a crew member wish to have a typical American holiday feast, there would be no problem. Smoked turkey, dehydrated mashed potatoes and thermostabilized cranberry sauce are on the list of acceptable menu choices.” 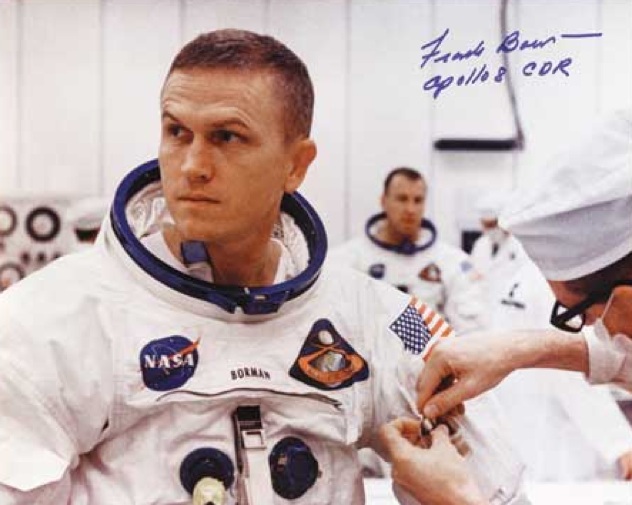 The Apollo 8 mission was meant as a precursor of the eventual moon landing of the Apollo 11, gathering reconnaissance. It was commanded by Frank Borman and piloted by James Lovell and William Anders. There were several setbacks on the mission, but none more vile than when Borman woke from a nap with an upset stomach. He vomited and had diarrhea, the globules of which floated all over the inside of the ship in zero gravity. The men cleaned it, and Borman insisted his sickness not be relayed back to mission control, but Lovell and Anders forced him to report it. After taking some medication, he seemed to recover. 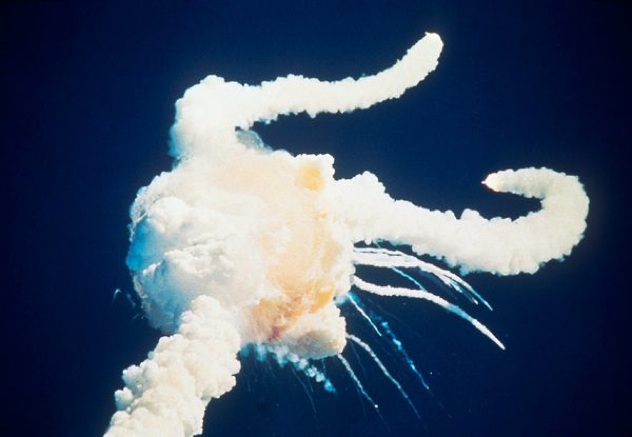 On January 28, 1986, an unimaginable tragedy occurred when the Space Shuttle Challenger disintegrated shortly after launch. The initial fireball made it seem as though the crew died instantly, but there is evidence to suggest several survived until the remains of the ship plunged into the Atlantic Ocean (going just over 200mph, an unsurvivable speed). Just how many of the astronauts survived, or how long they remained conscious as the shuttle fell back down to earth is debatable. For some time immediately after the incident, NASA denied that anyone could have lived through the initial blast, at least 3 emergency air tanks had been turned on, and eventually they conceded that some of the astronauts probably survived. The real issue at hand was whether the cabin of the shuttle depressurized after the explosion. If it lost pressure, death would have been relatively quick and painless. If not, they could have been conscious the entire two and a half minutes it took the ship to plummet into the ocean. 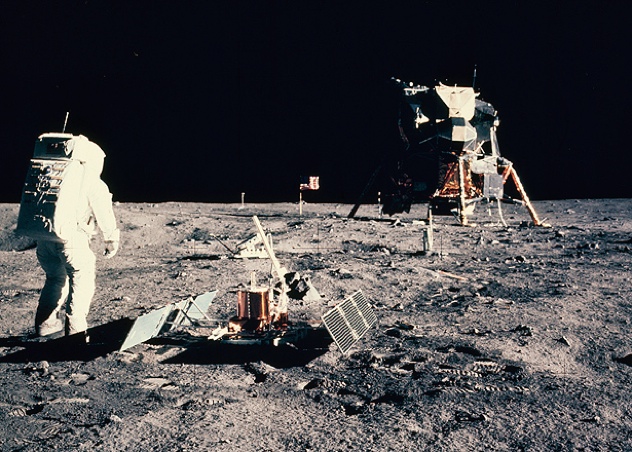 When Neil Armstrong and Buzz Aldrin returned victorious from their moon landing, they were not immediately hoisted on the shoulders of their countrymen and treated to a ticker tape parade. In fact, the fear that they might have acquired some kind of “lunar pathogen” during their trip to the moon led them to be quarantined in a converted Airstream trailer for 21 days. Only after it could be determined that they were healthy and not bringing back some kind of space plague, were they allowed to begin the celebration, featuring in several parades and visiting 25 foreign countries, including a meeting with Queen Elizabeth II. This procedure was followed for the subsequent 3 missions, until after the Apollo 14 mission when it was finally determined that the moon was devoid of life.

Mike Devlin is an aspiring novelist. He thinks space travel sounds about as fun as a month of migraines.