Of all experiences in nature, none are closer to us than the characteristics of our own bodies. However, the true nature of the human body is still being uncovered, and a host of bizarre surprises, eerie findings and at times frightening facts await those who study the incredible machine. In this account, we will explore 10 of the most incredible or lesser known traits of the human body. 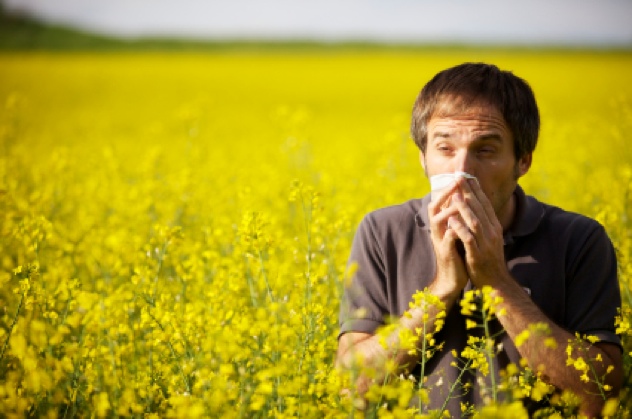 Airborne allergies such as hay fever are among the worst allergies one can experience. While foods that trigger allergies may be readily avoided and many chemical exposures can be reduced, avoiding grass, dust, pollen and mold may be exceedingly difficult. However, scientific research indicates that there may be a bright side to the scourge of spring and summer. Exposure to airborne allergens appears to tinker with the immune system in such a way that the risk of cancer is mitigated in allergy suffers. Preliminary research suggests statistically significant reductions in cancer among human study samples suffering from hay fever due to an immune stimulation effect similar to inoculation. 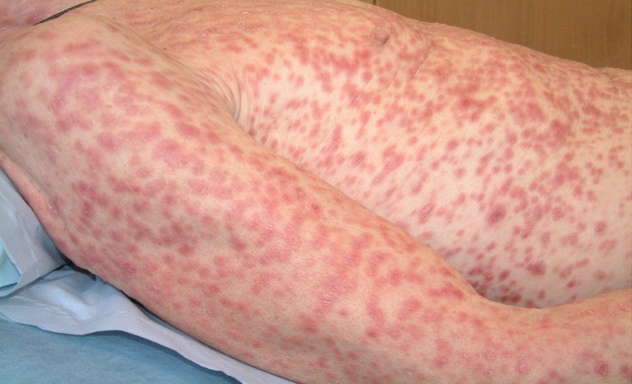 Sexually transmitted infections are a scourge of modern society originating in behavioral, socio-economic and medical education shortcomings. Syphilis is a mutilating and eventually fatal disease if not treated that is often flagged as prime example of the STI problem. Believed to have originated from ancient human deviance with animals or unsafe consumption syphilis is widely seen as a sexually transmitted illness. However, the illness is also transmissible through mere kissing as a Kissing Transmissible Infection (KTI). Spirochete bacteria infection manifests in the form of oral sores, and even boils on the hands and face. The first manifestation during the infectious stage is a small chancre sore in the mouth. If the patient kisses another human, they may become infected with the diseases in certain cases. 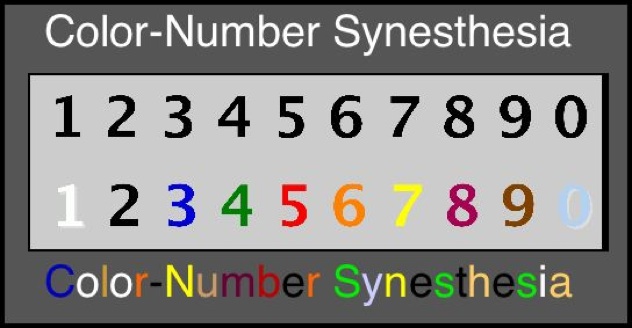 Humans frequently consider the possibility of a sixth sense. However, humans possess far more than 5 distinct senses. Vision is actually a combination of senses for light and color, while evidence shows that humans share some of the avian ability to detect magnetic fields. Humans also have the ability to detect their relative position, which is known as procerioception. The diversity of human sensory experience becomes even more complicated in the disorder known as synesthesia, where sounds may be associated with particular colors, or colors may be attributed to the descriptions of letters. Human senses are surprisingly subjective and may become highly confused as the brain interprets raw data collected through the body’s many sensory systems. 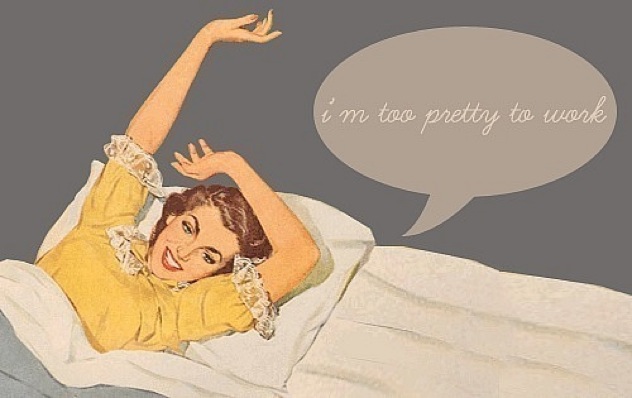 Accusing someone of being “allergic to work” is a frequently used method of encouraging industry or taking laziness to task. But for those with Exercise-induced anaphylaxis, being allergic to work is no joking matter. In fact, it may be a disabling reality that is at worst, life threatening. Suffers break out in hives upon exercise, often in concert with exposure to an aggravating food. The exact mechanism of the reaction is unknown, but a related condition known as Cholinergic Urticaria triggers allergic symptoms upon exposure to heat. It is thought that production of stress chemicals and changes in metabolism associated with exercise set the stage for the anaphylactic reactions to occur. Without treatment, complications can lead to potentially fatal shock.

Humans, like many other animals display a startling degree of symmetry between body parts. Surprisingly, a small number of humans may be born with Heterochromia iridum, or dual eye coloration. One eye may be blue, and the other brown or hazel. Causes of eye color discrepancies may stem from genetic mutations, combinations of distinct cells. Although most people with this “condition” are born with it, rare cases of medication induced Heterochromia have been reported. A more common discrepancy is in breast size. Human females tend to have a slightly larger left breast than the mammary gland on the right. Additionally, the vestigial breast tissues in males may display the same discrepancy. 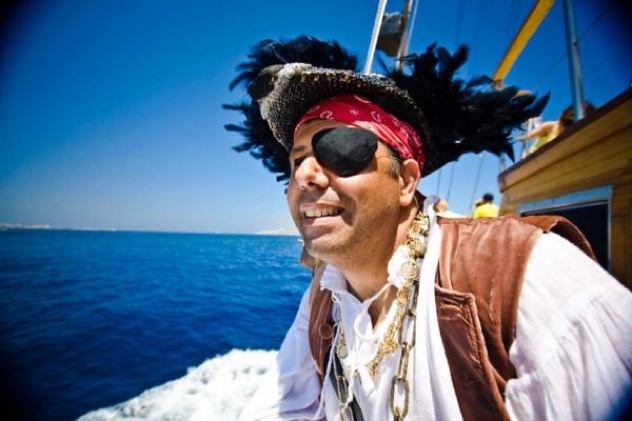 In developed countries, up to 60 percent of the population caries the Herpes Simplex virus, responsible for the distressing skin lesions euphemistically referred to as “cold sores”. While this viral disease is seen by many people as an unappealing nuisance, Cold Sores are in fact potentially dangerous, and rank as a leading cause of blindness worldwide. Herpes Simplex resides in the facial nerves, and emerges into the skin causing lesions during active phase. However, the virus may also inhabit the optic and trigeminal nerves. During the active phase, virulent herpes can then form lesions on the cornea of the eye. Complications of the outbreaks may lead to blindness through keratosis and subsequent scarring, or even necrosis of eye tissues. 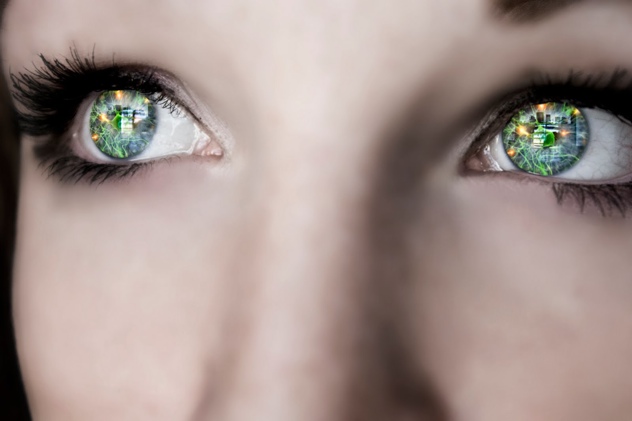 Traditional western models of psychology and physiology tend to view the brain as the center of human intelligence where thoughts are formed and memories are stored. However, numerous reports from organ donation recipients claiming changes in personality have sparked interest in some researchers who believe that memories and thoughts that do not appear to be their own may originate from a more systemic consciousness that features cell memory. Cases where food preferences and even sexual orientation have switched have been reported, and in one especially eerie case, the recipient of a heart from a murder victim led police to the killer. It is unknown whether these changes could be purely stress related, or whether something much more mysterious is at work when human body parts are merged… 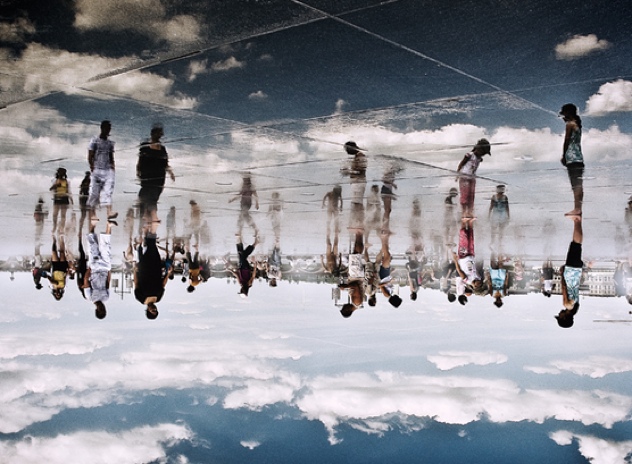 When we look at the world around us, we must remember that the veil of human perception means things are not always what they seem. When you glance at an object, the image received actually appears inverted on the retina. Our eyes in fact see everything upside down, but incredibly, our brain compensates by default, allowing us to perceive the world right side up. The brain’s ability to be misled in this regard presents an eerie insight into the potential for manipulation of human experience. In a series of experiments, volunteers wore lenses to turn the world upside down. This reversal caused the brain of the subjects to stop compensating for the retinal inversion in order to see upright. When the lenses were removed, the participants saw upside down for a time. 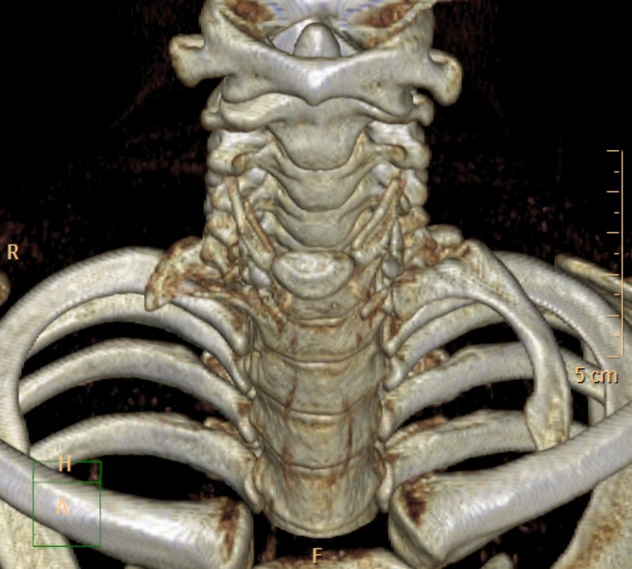 Humans are normally equipped with 24 symmetrical ribs to protect the vital organs, but around 1 in 500 people are born with an extra rib extending from the neck and shoulder section, known as the thoracic outlet. The cervical rib, or in even rarer cases, extra pair may interfere with the blood supply to the arm, causing a loss of pulse when the arm is moved in certain directions. The vestigial rib is believed to be connected with genes that suppress cancer risks, but the nature of this effect unknown. In some cases, complications include numbness, tingling, coldness in the hands and most disturbingly, a protruding sensation in the arm. The ribs are useful in other mammals, but are vestigial in humans. 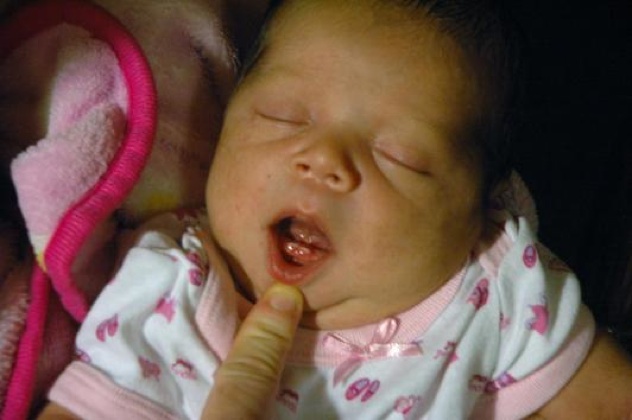 Human babies are certainly not as precocious as many other mammal species such as ungulates that are born ready to walk on their own. Teeth in humans normally start to appear after 6 months, but around 1 in 2,000 infants are born with neonatal teeth appearing through the gumline. Although mildly startling, newborns with teeth are often perfectly healthy, as the condition may not be associated with harmful genetic mutations. The often loose teeth may form a chocking hazard, and are known to be capable of inflicting rather painful bites if the infant is allowed to nurse. Normally, only one or two teeth appear in cases of neonatal dentition development.

Mike Williams is an ardent follower of science with a passion for the unexplained or unusual. His writing interests include medical facts, mysteries and new technology.