A fashionista may claim that they “wouldn’t be caught dead” in a bad outfit, but in reality, most people don’t spend much time thinking about the clothes they will be buried in. In modern times, a person’s final outfit is usually just a suit or dress that a relative finds in their closet. People may also dictate beforehand what they wish to be buried in, and that, again, will probably be a suit or dress.

When one thinks of the past, it’s generally assumed that linen burial shrouds and simple robes were the norm. On the contrary, dressing the dead has been a huge part of human history. There are even some modern death-positive trends which are bringing corpse fashion back in vogue around the world. 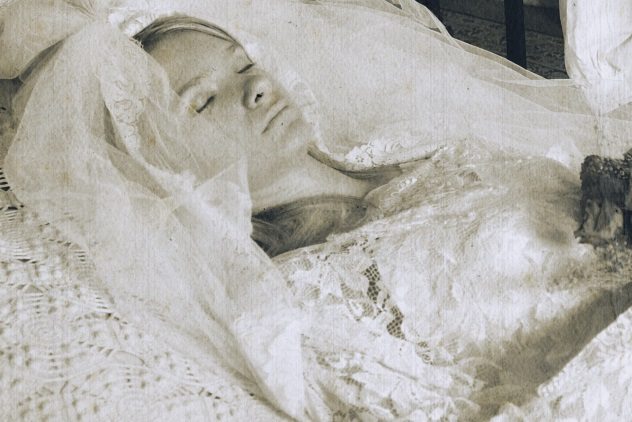 Most people in the 1800s could not afford to get a lot of clothes made by a tailor, unless they were rich. So, women sewed their own clothes—even their wedding dresses. Young brides splurged on whatever fine fabrics and embellishments they could afford. People typically wore their best clothes when they were buried, and a wedding dress was the most beautiful item of clothing most woman had in their possession.[1]

At the time, the likelihood of women dying during childbirth was a lot higher than today. Women knew that getting married and having children was very literally risking their life. In one diary from the 1870s, a newlywed woman named Mrs. Wade dyed her silk wedding dress from white to brown one week before she was due to give birth and explained to her husband how she wanted to look in case she died. Sadly, her prediction came true, and she died a month after giving birth to her baby, most likely due to an infection. 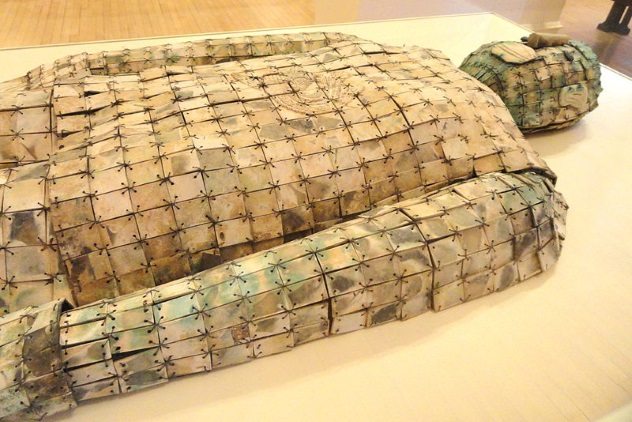 For centuries, ancient Chinese texts told the story of the royal family members of the Han dynasty (206 BC to AD 220) who were buried in jade shrouds. Modern-day historians brushed off the story as a legend because jade was considered to be even more valuable than gold. In 1968, the legend became reality when the bodies of a Prince Liu Sheng and Princess Dou Wan were discovered inside a tomb adorned with objects made of gold, silver, bronze, and jade. Thousands of individual jade plaques were sewn together to cover the bodies of the prince and princess, and records indicate that the same was done for at least two dozen other members of the royal family.

In traditional Chinese medicine, jade is believed to have healing properties. In ancient times, they thought it could possibly preserve the body from decay. By the time the suits were exhumed, the bodies of the prince and princess had almost completely turned to dust, but the shell of the body’s outlined jade suit remained forever.[2] 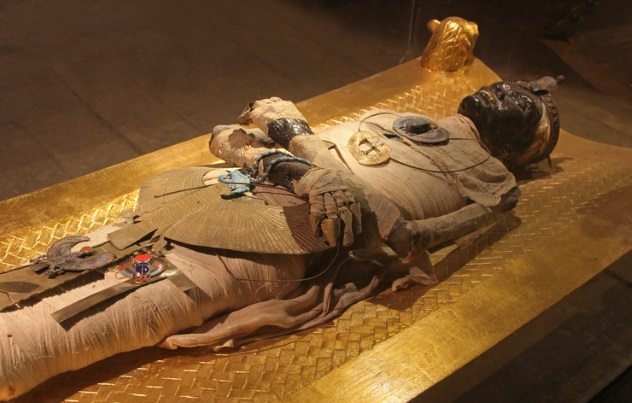 Everyone recognizes the Halloween stereotype of a mummy wrapped in long strips of fabric. The ancient Egyptians did, in fact, wrap their dead, and some modern-day historians call the material they used “mummy tape.” For centuries, mummy tape was made out of linen, until a turning in point of Egyptian history when the tape began to switch over to a more luxurious silk. This would have been imported from China just for the occasion. According to records, Cleopatra was wrapped in a luxurious white “Sidonian fabric.” Many Egyptian mummies are so well-preserved that they are still covered in fabric to this day.[3]

Silk may be luxurious, but it is also the most biodegradable. In 1998, a stone sarcophagus was discovered, and archaeologists found the remains of a body from fourth-century England, during Roman rule. The body appeared to be completely gone, until one of the scientists discovered traces of gold thread and damask silk. The Romans cared about burying their dead in luxury, but compared to the Egyptians, they were far less concerned about preserving the bodies for eternity. 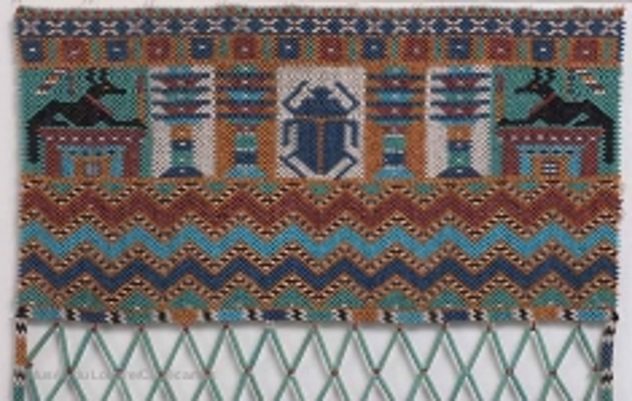 At least one Egyptian mummy from the Dynastic Period (3150 to 2686 BC) was dressed to greet their death in a very elaborate beaded shroud net. It was draped over the mummified body like a very large amulet. Tiny, colorful beads were sewn together to make the images a scarab beetle, pillars, and two black dogs. The images represented the Egyptian gods Khepri, Osiris, and Anubis, who were all believed to be guardians of a person’s body and soul in the afterlife.

Similar jewelry artifacts from the same time period have been discovered, and archaeologists believe that they were the height of ancient Egyptian fashion at that time. The beaded shroud is a precious work of art and showcases the detailed craftsmanship of the time. One beaded shroud in particular somehow managed to stay together for all of those years. It is currently on display at the Louvre in France.[4] 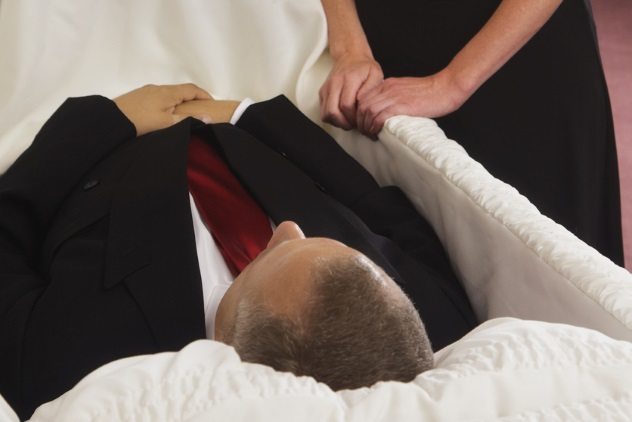 Dressing a dead body can be difficult, and a little-known secret of the funeral trade is that sometimes, they will cut down the back of a suit or dress to make it easier to dress the corpse while it is laying on its back, and the excess fabric is tucked underneath the body. Family members only see the top of the body from the waist up during the viewing, so mourners are none the wiser.

The difficulty of dressing a corpse is obviously a problem that undertakers have been dealing with for a very long time, and over the years, inventors have come up with solutions. In 1912, a man named Charles Holcomb patented an idea for a “sham suit,” which was a vest and suit jacket that was open in the back. It could be adjusted to the body and then tied together. This would resemble an expensive tailor-made suit for a fraction of the cost.[5] 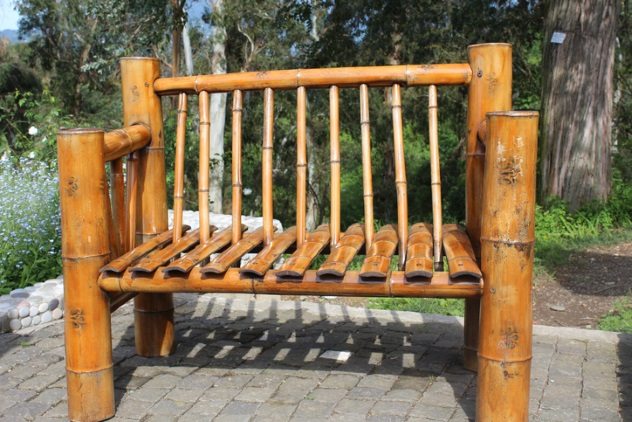 In the Philippines, the Tinguian people have some pretty interesting funeral customs. When someone dies, their family will wash the body and sit it in a chair inside their house. They dress the corpse up in the finest clothes and accessories and use silver wire around the neck to prop up the head. The family will offer the deceased food and alcohol and treat it with honor and respect.

The body will stay in the family home for a week or more, and the relatives continue to care for it, including changing its clothes and accessories. The wife of a deceased man is required to wear a sheet over her head as a symbol of mourning. Relatives must wear their oldest clothes to symbolize their sorrow, which means that the corpse is always the best-dressed in the room. The family will continue this until the funeral is over.[6] 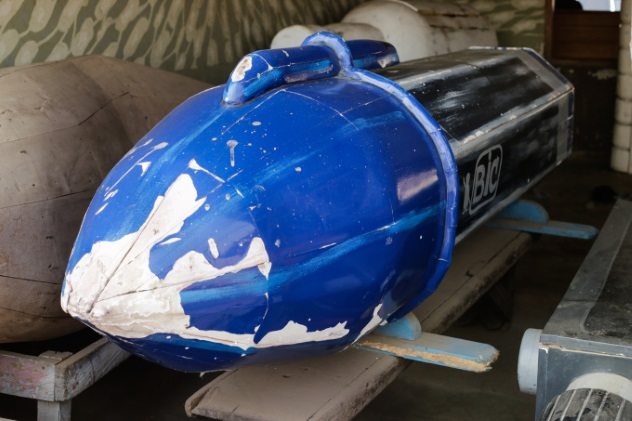 In Ghana, people spend up to a year’s salary on their funerals, and traditional coffins are considered to be way too boring for the remembrance of someone’s life. Artists at Kane Kwei Coffins create “fantasy coffins” that are shaped like objects that represent the deceased person’s career or life passion. For example, a fisherman may be buried in a coffin shaped like a fish or a boat. A man who dreamed of becoming rich could be buried in a wooden replica of a luxury car. Building a fantasy coffin takes about two weeks and costs $700. However, they can get an upgrade to a coffin made from mahogany for $3,000, which people keep around their house as a piece of art.[7]

The shop has been open since 1950, and it has become so popular that native Ghanaians will pay to have a fantasy coffin shipped to them after they’ve moved abroad. In 2014, a coffin shaped like James Dean’s Porsche was sold at an auction house in London for over $9,000. 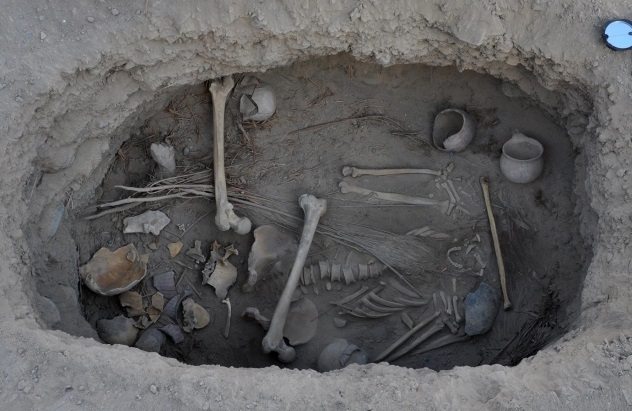 In 2016, archaeologists found the remains of a man in his thirties who was buried in Turpan, China, approximately 2,500 years ago. After studying the body, scientists believe that the man was Caucasian. At that time in history, Turpan was a desert oasis along the Silk Road, and travelers would frequently stop there. The strangest part about this man’s burial, however, wasn’t his ethnicity. It was the fact that his entire body was covered in cannabis plants. After studying the plants, they could tell that they must have been cut fresh just before the funeral, meaning that at one point in time, Turpan was covered in marijuana, and the traveler was probably trying to buy some to take back to his homeland to sell.[8]

This traveler wasn’t the only one to be found with a stash of the green stuff. Ten years earlier, another body from around the same time period was unearthed. This time, it was buried with a large bag of cannabis seeds and crushed leaves. At the time, archaeologists assumed the man was some sort of a “shaman.” However, the more cannabis burials are uncovered, the more archaeologists are beginning to understand just how popular the plant was back then with everyday people. 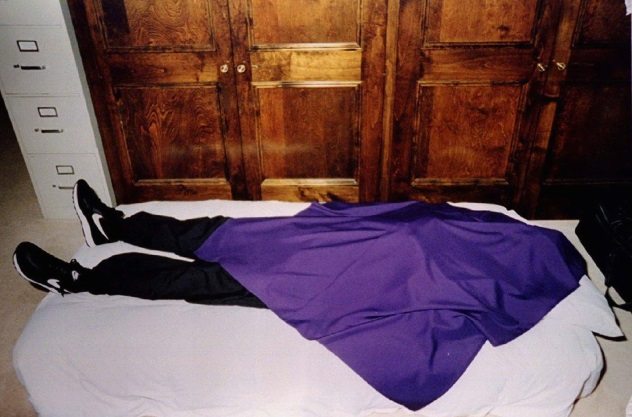 Members of the Heaven’s Gate cult were all required to do everything exactly the same, including wearing identical clothes. Every single person wore an all-black tracksuit with a colorful patch on their shoulder that said “Heaven’s Gate Away Team.” They also wore the same shoes—a pair of black and white Nike Decade sneakers. In 1997, 39 members of the group began to kill themselves over the course of several days in a mass suicide. The members who were left alive draped identical purple shrouds over the faces of their friends.[9]

The reason why they killed themselves was that they believed that God was an alien, and the arrival of the Hale-Bopp comet would bring a spaceship to help them “graduate” from their human existence and get transported to Heaven. After the images of the mass suicide were shown all over the news, Nike immediately stopped selling those sneakers, but that only made them a collector’s item. One morbid eBay seller asked for $6,660 for an unused pair of Nike Decades. 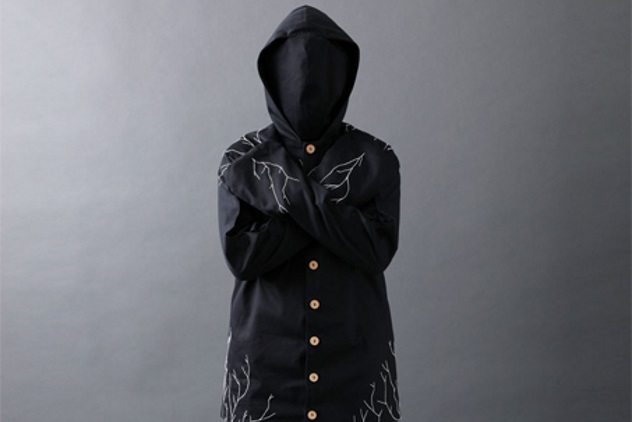 In recent years, people have become more conscious about the environment and how decomposing bodies filled with embalming chemicals are affecting it. There is a movement of eco-friendly funerals called “green burials.” Of course, if someone chooses to have a green burial, they would want clothing that is biodegradable as well. A company called Garments for the Grave specializes in making clothes from raw silk, organic cotton, and hemp to ensure that they will decompose along with the body.[10]

Another designer, Jae Rhim Lee, has developed burial clothing that is made of biodegradable material and mushroom spores, which will begin growing after death. The mushrooms break down the body, but they also detox any harmful chemicals left in it. In order to find the right mushrooms, Jae used samples of her own hair, skin, and nails and observed which mushroom breeds are better at eating human body parts.

Shannon Quinn is a writer and entrepreneur. You can find her on Twitter @ShannQ.

Read about more surprising funerary practices on 10 Bizarre Funeral Customs From Around The World and 10 Bizarre Customs For Entering The Afterlife.