Fast food is a relatively recent innovation, only about as old as the automobile, and not really taking off until the 1950s. But in that short time, it has become an ultimately pervasive part of our culture; outside the most desolate tribes, it would be difficult to find someone who has not visited a McDonald’s in his life. Fast food has established a mythos all its own; below are ten strangest marketing stunts, lawsuits, and scandals to have ever struck our drive thru world. 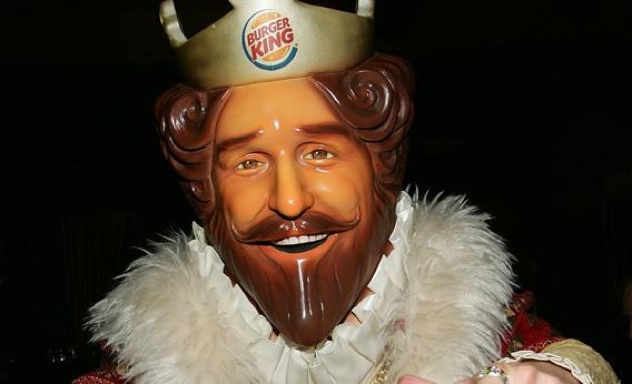 Burger King is no stranger to weird marketing stunts, such as the dreadful 2004 Coq Roq campaign, wherein faux nu metal rockers with chicken masks on thrashed to music filled with double entendre. Their mascot—a towering, creepy King with unmoving features, was mercifully retired in 2011. But perhaps the worst idea in company history was their 2009 Facebook “Whopper Sacrifice” campaign. The premise was simple; use the Burger King application to unfriend 10 people on Facebook, and you would get a coupon for a free Whopper. Normally, there is no notification involved in unfriending someone, but in this instance, Burger King would send the friend a message informing them that their friendship was less important to you than a free sandwich. The campaign was promptly dropped, but not before people leapt at the opportunity, abandoning almost 234,000 friends in the process (that’s more than 23,000 Whoppers). 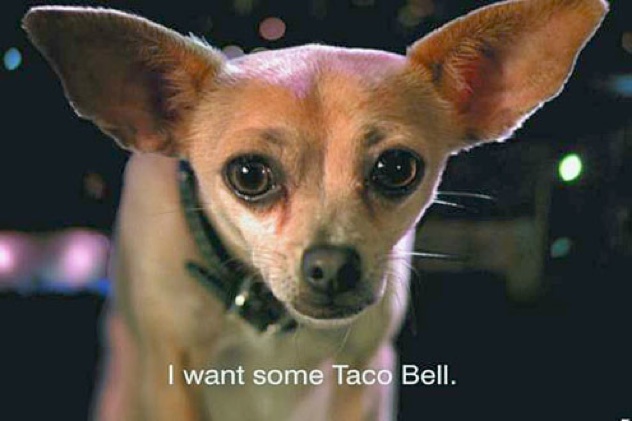 Taco Bell is perhaps best known for its Chihuahua ad campaign, which was often derided as racist. The ads, starring Gidget, were stopped in 2000. Gidget didn’t remain unemployed for long; she found several other roles, including a spot in “Legally Blonde 2: Red, White, and Blonde”. Taco Bell didn’t fare so well… they’d stolen the Chihuahua idea from two Michigan men, Joseph Shields and Thomas Rinks. The pair pitched the idea to Taco Bell in the 1990s, but were rejected. Shortly thereafter, the restaurant chain’s new ad agency began using the concept. The men took Taco Bell to court, and in 2003, a jury awarded them $30 million. The judge promptly added on $12 million. Shields and Rinks walked away with $42 million for their troubles.

A subsidiary of Yum! Brands (which also owns KFC and Pizza Hut), Taco Bell enjoys considerable popularity worldwide, and has locations selling its Mexican fare in several countries throughout the world. A notable exception: Mexico. They made two attempts to crack the Mexican market, in 1992 and 2007, but both times folded due to lack of patronage. 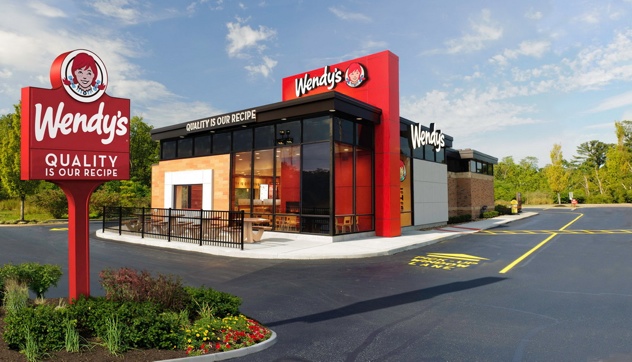 Wendy’s is best known for its simple commercials starring earnest, plainspoken founder Dave Thomas. Thomas was working as a head cook in a restaurant in Fort Wayne, Indiana, when Kentucky Fried Chicken owner Colonel Harland Sanders came calling, selling franchises. Thomas, as well as the family for he worked for, bought in. In doing so, Dave worked closely with the Colonel on marketing ideas. It was Dave Thomas who suggested the idea of buckets of chicken, which help keep the product crisp. He also suggested Sanders appear in his own commercials.

The response was phenomenal, and Dave Thomas was later able to sell his share in the restaurants back to to Sanders for $1.5 million, thus giving him the capital to open Wendy’s. He’d later use this advertising formula to great effect in his own restaurants, appearing in over 800 commercials.

Despite its feel-good American dream origins, Wendy’s is not immune from the bizarre. In 2005, an employee named Steve LeMay and a co-worker were caught robbing the safe from the Manchester, NH store where they worked. The co-worker’s name? Ronald MacDonald. 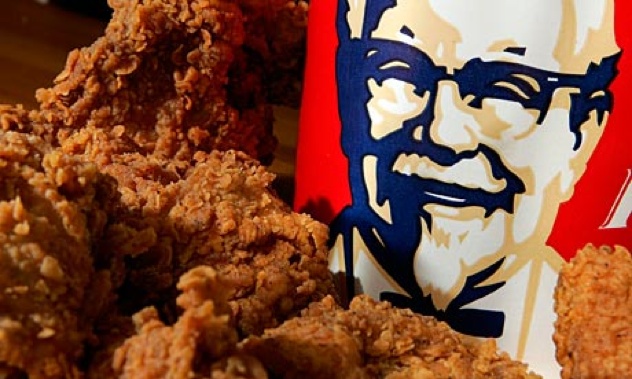 In a previous list, I detailed the immense popularity of KFC on Christmas Eve in Japan, with lines snaking out the door. While business thrives in America, you aren’t likely to see that kind of rush the next time you stop in for a bucket of chicken. Unless you’d happened by in early May of 2009. None other than Oprah Winfrey advertised on her show that a coupon could be downloaded on her website for a free grilled chicken meal at KFC. According to a KFC press release, they received “unprecedented and overwhelming response”, which is the politically correct way of saying that the campaign turned into a complete circus. Millions of coupons were printed, the website couldn’t handle the traffic, and hordes of people descended on the restaurants, which quickly ran out of food. By the time KFC axed the program, an astonishing 10.5 million coupons were printed, which were eventually honored with rainchecks. 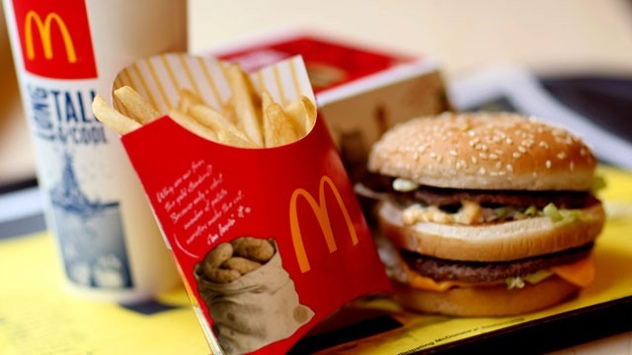 Whenever the subject of the frivolity of lawsuits comes up, the 1992 McDonald’s coffee case always pops into the conversation. While on its surface, it sounds ridiculous that someone should be able to sue a restaurant for Stella Liebeck burning herself with a beverage that by its very nature is supposed to be hot, there are several less obvious elements at play. First, McDonald’s served its coffee extremely hot—in excess of 180 degrees (your home coffeemaker will generally clock in around 140), and Liebeck suffered horrifying third degree burns right down to the bone. There are pictures available online, but I don’t suggest you look for them unless you have a strong stomach.

Second, Liebeck did not sue McDonald’s hoping to reap a fortune. Initially, the 79 year old only wanted a settlement to cover her medical expenses, which were in excess of $10,000. McDonald’s offered a mere $800.

Liebeck retained an attorney, and much legal wrangling followed. McDonald’s staunchly refused to settle despite multiple attempts to mediate the case before trial. During the court hearing, it came to light that the restaurant had fielded hundreds of complaints about burns from their coffee, and had settled many claims in the past, some for as much as $500,000. This was pretty much the kiss of death for McDonald’s; the jury awarded Stella Liebeck $2.86 million. The judge reduced the settlement, and both McDonald’s and Liebeck appealed. Before further legal proceedings occurred, both parties settled out of court for an undisclosed sum. 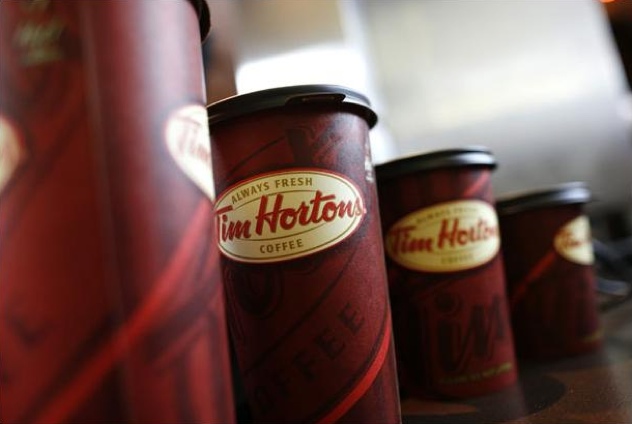 Tim Hortons is a Canadian donut chain, with some presence in the United States, and some scattered stores in the United Arab Emirates and Oman. Unlike a lot of restaurants, Tim Hortons was named for a real person—professional NHL defenseman Miles Gilbert “Tim” Horton, who played for several teams, including the Toronto Maple Leafs and the Buffalo Sabres. On February 21, 1974, Horton was driving home from a hockey game in Toronto in his De Tomaso Pantera sports car. When police attempted to pull him over, he fled, reaching speeds over 100mph. When rounding a curve, he lost control of the car and hit a concrete culvert. Horton, who was not wearing a seatbelt, was killed instantly. It was discovered that his blood alcohol level was twice the legal limit. Horton’s business partner promptly paid his widow $1 million for her shares in the restaurant chain. Today, the company’s revenue exceeds $2.5 billion. 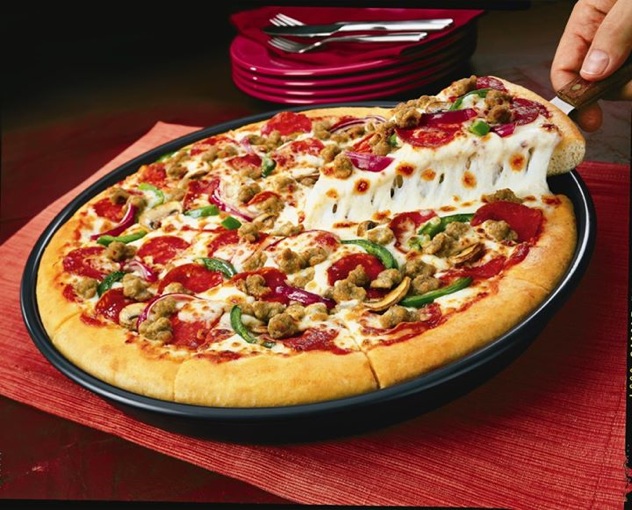 Most would agree that their neighborhood pizzeria serves far better fare than Pizza Hut, whose formulaic, prepackaged recipes do very little to stimulate the palate. But the local joint will only deliver in a five mile radius. Pizza Hut delivered to space. In April of 2001, the company paid the Russian space program approximately a million dollars to take a pizza aboard a rocket sent to resupply the International Space Station orbiting earth. Rolled into the price was a photo op with cosmonaut Yuri Usachov, who offered a thumbs up after receiving his snack. Since it is difficult to taste things in zero gravity, the vacuum sealed salami pie they delivered was heavily spiced. 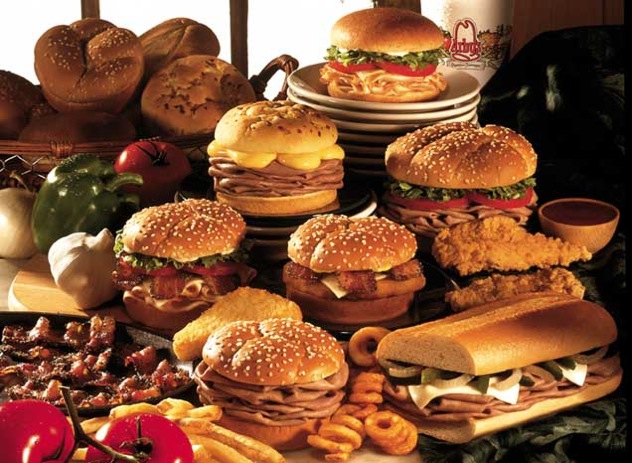 Rahm Emanuel isn’t exactly a household name, but he has maintained a distinguished career in American politics, serving in multiple advisory positions to Presidents Clinton and Obama, most notably as White House Chief of Staff. He is currently Mayor of Chicago. In high school, Emanuel worked part time at an Arby’s restaurant, a chain known for its roast beef sandwiches. One day, while operating the meat slicer, he severely cut his right middle finger. Being a teenager, he eschewed getting stitches and decided to go for a swim in Lake Michigan. Infection set in, and doctors were forced to amputate the top of his finger.

As an interesting aside, one of Rahm’s brothers is Hollywood superagent Ari Emanuel, the person on whom the character Ari Gold is based on in the show “Entourage”. 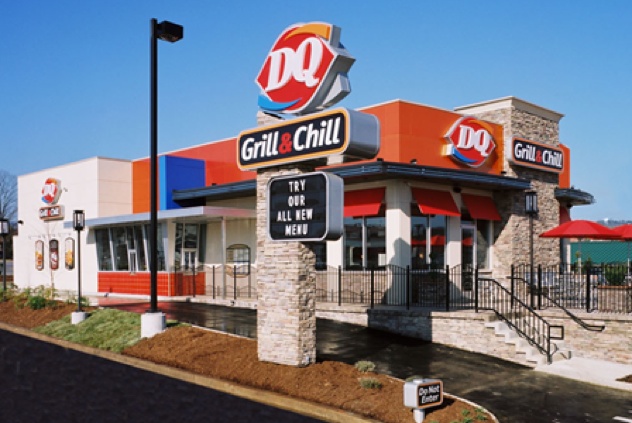 Mark Cuban is one of the world’s richest men, a dot com billionaire who owns the NBA’s Dallas Mavericks and regularly features on the NBC show “Shark Tank”, investing in startup businesses. In 2002, the outspoken Cuban lashed out at Ed Rush, the NBA’s head of officiating, claiming that he wouldn’t hire Rush to manage a Dairy Queen. He was fined half a million dollars by the NBA for his big mouth. The popular ice cream chain took offense at Cuban’s insult, inviting him to manage a Dairy Queen for a day if he thought it was so easy. He accepted, good naturedly serving cones and signing autographs at a store in Coppell, Texas. The event was a media circus, with lines over an hour long. Cuban had considerable trouble mastering the swirl of a soft serve cone, telling customers “Be patient with me, please. I’m new at this. It might not be pretty, but it works.” 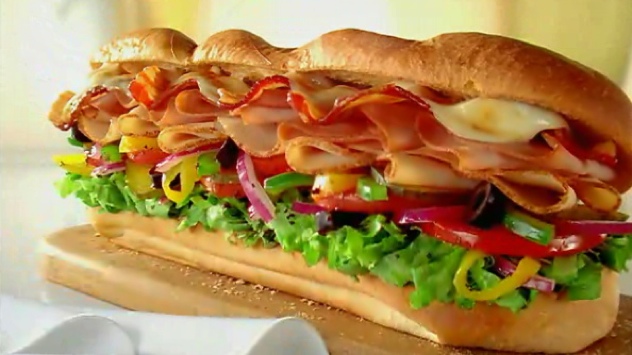 Subway is the world’s largest restaurant chain—as of this writing, there are 39,517 Subways operating around the globe, in 102 countries and territories. The most exclusive location? Inside 1 World Trade Center. The restaurant sits inside a trailer-like “pod” that is lifted up level by level as the construction of the skyscraper progresses, from the ground all the way up to the planned 105th floor. The restaurant was opened to cater to union workers, who only have half hour lunch breaks, and thus couldn’t leave the premises for food, since leaving required waiting for a hoist to bring them back to ground level.