Since the beginnings of human civilization, a range of animal species have made the transition from competing with man to becoming man’s assistants and working companions. The dog, horse and water buffalo are famously helpful, but a range of rather obscure, unlikely and bizarre animals continue to be recruited by man to serve in an equally incredible, even preposterous, range of roles.

Just as wolves became assistants in the hunt rather than a threat to early humans, Asian & Mediterranean fishermen have long recruited ocean cormorants as rather unorthodox hunting assistants. In a bizarre aquatic version of falconry, these relatives of the pelican with a serpentine neck and razor-sharp bill are taught to capture and return fish for a reward.

After being hand-tamed at an early age, the seabirds are fitted with a collar that prevents the cormorant from swallowing the fish. After catching a certain number of fish, the master removes the ring and gives his cormorant a portion of the catch as “payment”. As cormorants are not waterproof, they must dry their feathers daily. 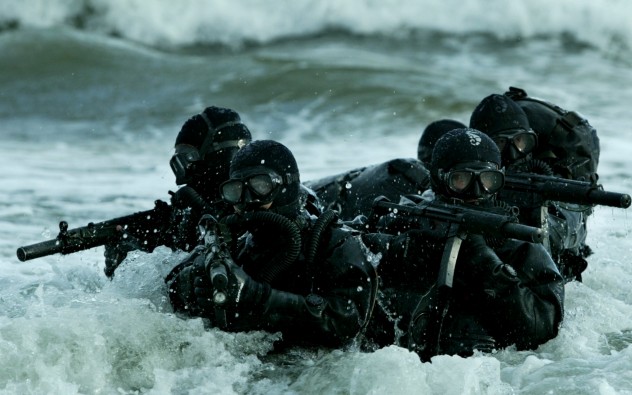 The term “Navy Seals” may be expanded to include not only human dive specialists, but our favorite small marine mammals. As literal “trained seals”, California sea lions have been trained to seek out mines and even pursue enemy divers underwater. These “undersea police dogs” stand guard on high-security piers, and are armed with a special clamp, which they use to handcuff enemy divers or saboteurs.

Twenty-eight sea lions are currently employed as sentries, one as a naval base guard in Washington State. Once the 700-pound, 2.1-meter (7-ft) carnivores catch up with a target and handcuff them, a human assistant may reel up the diver from the dock, although the shock factor of being arrested by an animal would probably be enough.

Falconry is a sport long practiced by royalty and warriors across the Old World and, more recently, by dedicated hobbyist hunters. Most hunters train their birds to target small game, but steppe hunters of Mongolia take human/raptor partnerships to an entirely new level of ferocity. Using trained golden eagles, an immensely powerful, 3-meter (9-foot) wingspan raptor widely considered “The King of Birds”, Mongolian herdsmen send these feathered fighter pilots into combat against wolves.

The eagles swoop in at over 80 kph (50 mph), and kill the unfortunate canines with a combination of impact force and talon strength. Many conservationists object to this practice, but traditional hunts may be less harmful. Eagles may also simply hold the wolves, allowing human hunters to deliver the coup de grace. 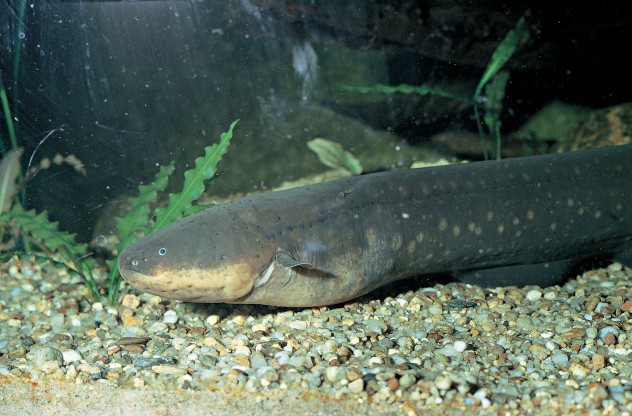 Many of the creatures on this list have established themselves in historical instances. However, humans are finding ever more novel uses for animals as our technological knowledge expands. The electric eel from Brazil’s Amazon River is actually a member of the knifefish family and often grows up to six feet in length. The fish releases steady pulses of electricity and may give off bursts of over 500 volts when alarmed.

While past Listverse pieces have described the dangers of electrocution posed by these hunters, humans have learned to harness this force. In Japan, novelty tanks have been established that route electricity from the eel to power Christmas tree lights in a very unusual form of “hydropower”. 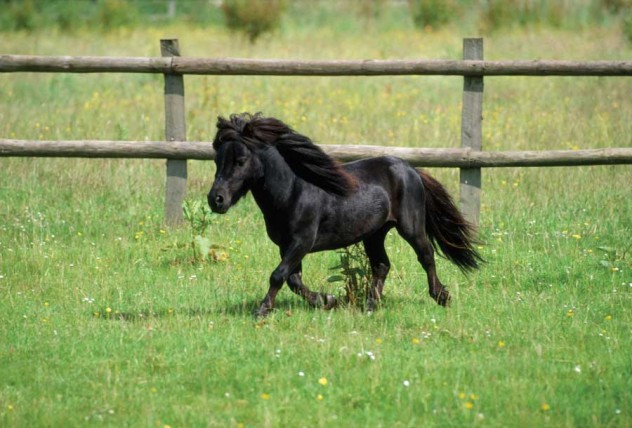 Seeing-eye dogs have long been established as service animals for the visually impaired, but not everyone likes dogs. Miniature horses offer many advantages over dogs as visual service animals and are becoming increasingly popular in the visually impaired community. Measuring as short as 0.5 meters (18 in) at the shoulder, the tiny equines have superior vision to dogs and are less likely to be distracted.

As training a new guide dog may cost up to $60,000, a horse is more cost effective as it can live up to 50 years. The horses are fully house-trainable and possess superior memory compared to the traditional guide dog, allowing them to map out safe walking routes. And, of course, everyone likes ponies. 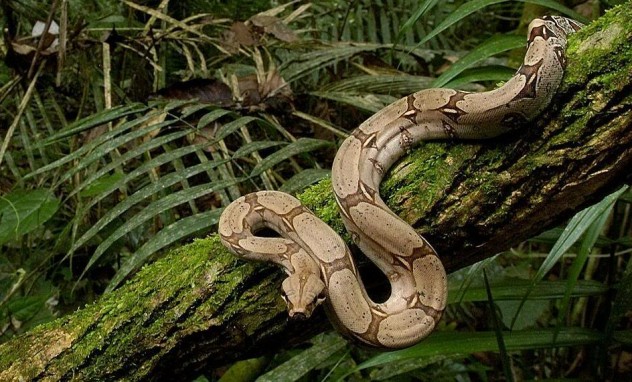 Snakes may induce fear, distress or revulsion for some, but an alternative perspective led one entrepreneur to set up shop as a reptile massage therapist. Snake massage therapy takes advantage of the relaxing, cool and gentle slithering and squeezing effect of the animals, which do not bite.

Contrary to popular belief, snakes are not in any way slimy, but possess smooth scales, and may rapidly become comfortable with humans. Those looking for a more serious form of assistance have turned to snakes to provide warnings of oncoming seizures. As the sensory abilities of snakes and their diverse skills are better understood, their resume may yet become as long as their bodies. 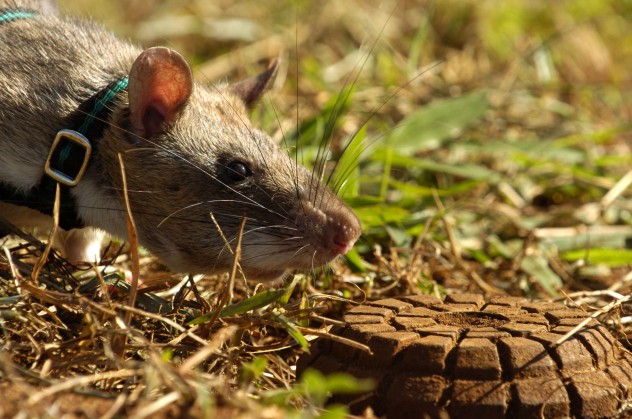 When we think of life-saving animals capable of detecting explosives, stopping criminals and rescuing humans from perilous situations, we usually imagine dogs. Conversely, when we think of animal threats to human comfort and safety, we may think of rats. But humans can even improve rats. Growing up to 1 meter (3 ft) long, the African pouched rat is a giant among rodents that is not only dog-sized, but shares comparable intelligence and trainability.

Capable of being rapidly bred and leash-trained, the magnificent murids are being used by African non-profits to detect and clear landmines in former war zones. Many human lives may be saved by these giant rodents, and successful operations have motivated American researchers to begin studies to expand the HeroRAT program in mine zones worldwide. 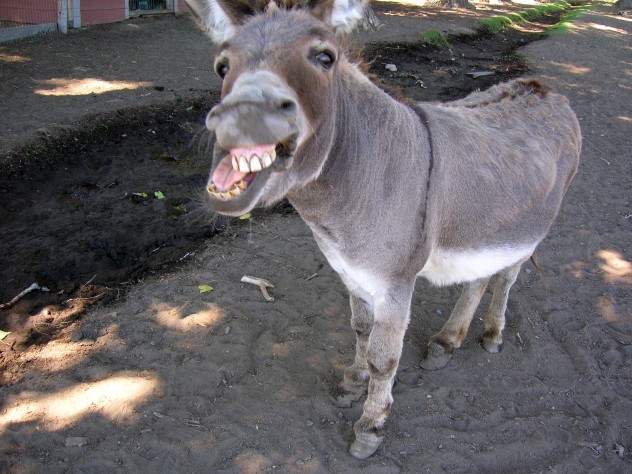 When you have a property to protect from intruders, a Rottweiler, Cane Corso or Doberman Pinscher looking like an outtake from a Jack Lemmon film might seem to fit the bill. However, you always have the option of taking the alternative approach and recruiting a guard donkey instead of a guard dog. Guard donkeys can be trained to direct their herd-defending instincts against threats to the property with surprisingly effective results and are becoming recognized as a viable option to property protection and livestock security. 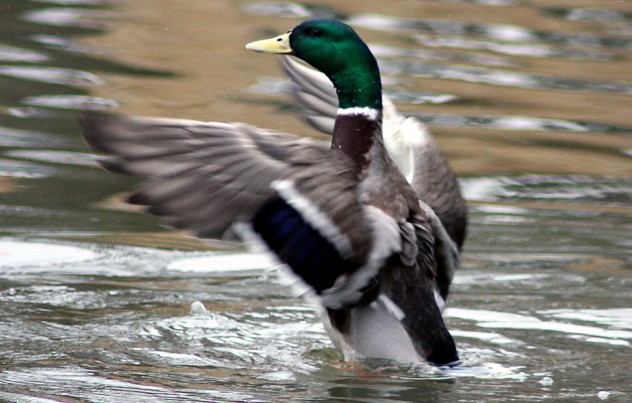 Few creatures are as despised by society as the traitor. That is, unless the traitor is working in our favor. Rather than working solely with dogs or falcons as hunting companions, humans have developed a breed of mallard duck to betray its wild brethren and assist man in hunting.

The tame call duck is released in a marsh, where it quacks repeatedly with an extra loud voice. Wild ducks are drawn in by the siren-like bird, only to be shot by the hunters once they fly within range or land on the water. Once the hunter has shot the waterfowl, the call ducks return to their master, and dogs retrieve the quarry.

Alexandre Thompson is an extreme wildlife researcher and writer with a passion for the mysterious and bizarre elements of the animal world. He is an MSc candidate in Environmental Sciences at Royal Roads University. Email Alexandre for nature writing services and tours in Canada.