In modern times we take coins and paper money for granted. In the ancient world, however, people assigned monetary value to a wide variety of objects. While most wouldn’t be practical today, they still serve as a reminder of these ancient cultures and their richly diverse customs. 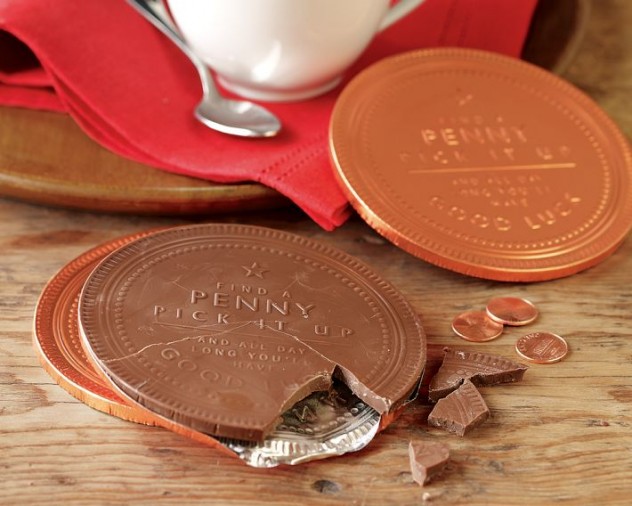 Salt has long been used as a form of currency throughout the world. The word “salary” is actually derived from The Latin word “salarium”, which was the Roman word for “money used to buy salt.” In fact, salt was the primary currency in East Africa throughout the Middle Ages.

Another form of edible currency was Parmigiano cheese. At one point this beloved cheese was actually accepted as bank collateral in Italy. In Central America, the cocoa bean was the food-currency of choice. In Central Asia, they used tea bricks. These bricks were actually preferred in Mongolia because they could be brewed or even eaten as a source of nourishment. 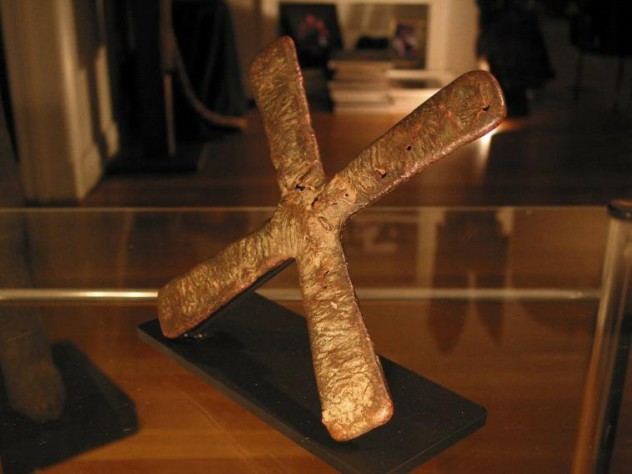 This X-shaped trinket is known as a Katanga Cross. It originated in the mining region of Katanga in the Democratic Republic of Congo. These crosses were the region’s primary form of currency and likely the most widely known form of ancient African currency. The crosses were cast from copper and weighed anywhere from 1 to 2.5 pounds. Often seen as symbols of great wealth, the crosses were used in all forms of barter and trade. It was even common for a person to be buried with their crosses. Since they were made from copper and quite large, the crosses could also be melted and remolded as tools if needed. Value-wise, one cross could fetch you approximately 22 pounds of flour. Unfortunately for squirrels, Russians had taken a liking to trading squirrel pelts during the Middle Ages. And the Russians, not a group to waste anything, used the claws and snouts for pocket change. This odd form of currency may have accidentally benefitted the Russians in a non-economic way as well. During medieval times, Europe was ravaged by the infamous Black Plague, but Russia wasn’t hit nearly as hard. Since the plague was most often carried by rodents, murdering a bunch of rodents and using their pelts as currency likely reduced the number of plague carriers.

Modern day Finland actually recognizes squirrel pelts as a currency, and values them at 3 cents each. 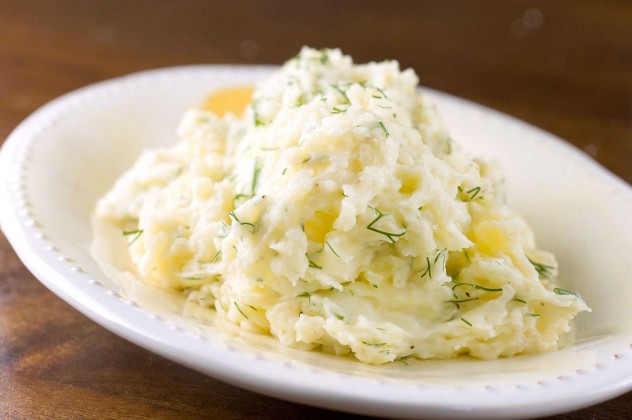 Bafia potato mashers were a form of ancient currency in the region where the Republic of Cameroon is today. This strange currency was highly regarded and used in the most important trades in the ancient Bafian culture. The use of the potato mashers also suggests that the Bafians had some very interesting views on gender. For example, wives could be bought and sold for a set price–in this instance, thirty potato mashers. 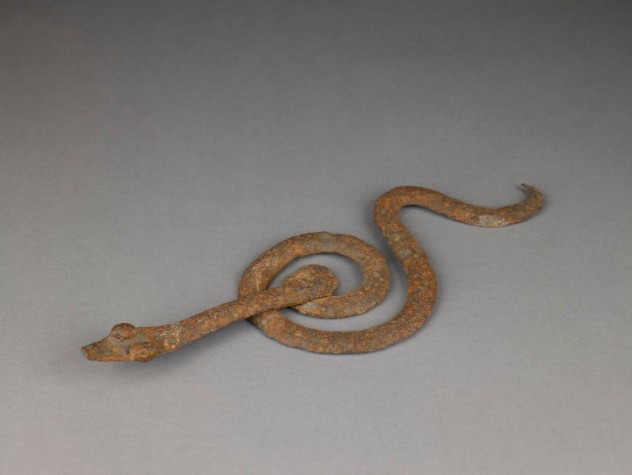 The Lobi were the ancient inhabitants of Ghana. They lived as farmers and spent most of their time in the fields, where they encountered a variety of snakes. To protect themselves, they forged iron snakes that were either worn on their person or placed on personal altars, just like garlic for scaring off vampires. They were such a focal point of the Lobi culture that the iron snakes were often used in trading and bartering. The bodies of the snakes were often depicted with curves to create the effect of movement as if the snakes were slithering through grass. 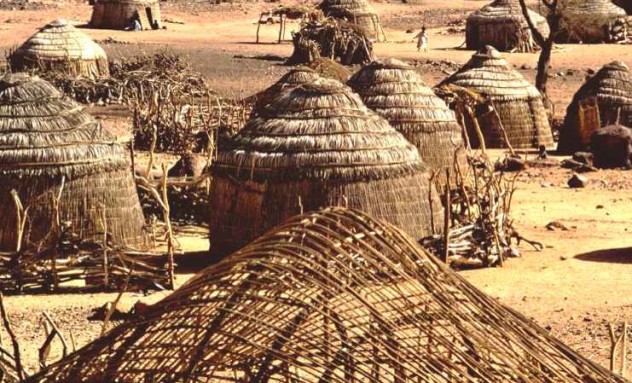 Until recently, the “kissi pennies” were used as a form of currency in many parts of Western Africa. These long strips of iron were modeled by blacksmiths into a distinct “T” shape. On one end there was an “ear”, which resembled the shape of a spade or hoe. On the other end was a “foot”. The typical kissi penny was over a foot in length and, if broken, could not be used again without an elaborate ceremony involving a witchdoctor. Due to the low value of individual pieces, they were usually bundled in groups of about 20. At one time, a bag of oranges or bananas cost only one or two kissi pennies. But prices inflated as the pennies were phased out of use. During this time, the cost of a cow rose to over 100 bundles, while a kissi bride would cost you about 200. 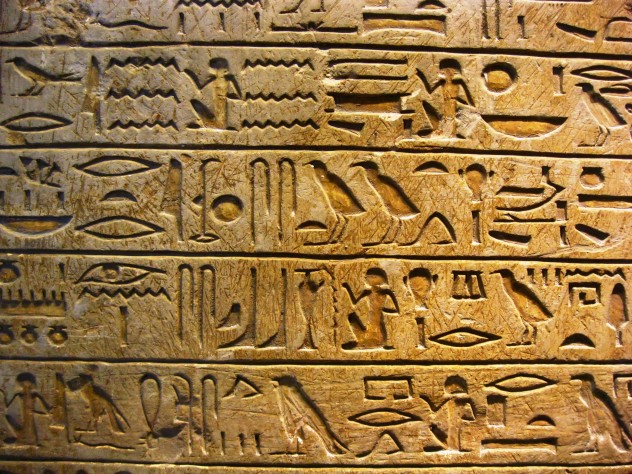 For the most part, the economy in ancient Egypt was tightly controlled and organized. But until the late period in Egyptian history, they did not use traditional coin currency. Instead, they employed a more informal type of bartering system consisting of rings and other various types of jewelry. It is believed that the Biblical reference to money in Deuteronomy 14:25 is a reference to the ancient Egyptian ring bartering system. 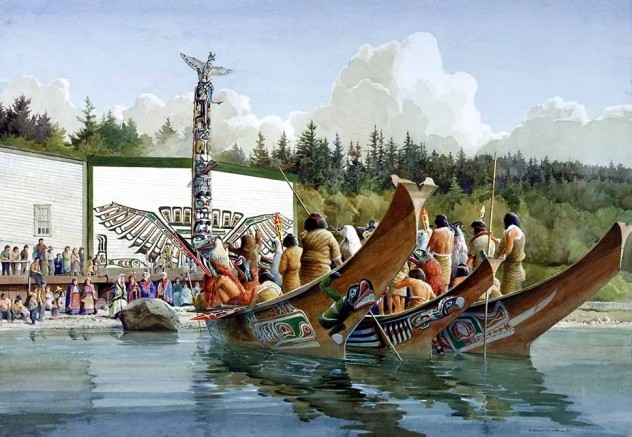 A “Potlatch” was an extravagant celebration in the ancient world where people would exchange almost anything in the spirit of gift giving. Such ceremonies took place all over the world, but were a mainstay among Native Americans. For example, whales’ teeth were a common item used in the Fijian islands, while feathers were a staple of the Native American Potlatch.

These lavish events often accompanied other important occurrences, such as a birth or marriage. Often times, the initially light-spirited occasion would escalate into a competition of wealth and vanity, with each person trying to outdo the next with a more impressive gift. The largest potlatch took place when the queen of Sheba gifted King Solomon 120 talents of gold and the largest quantity of spices ever exchanged at the time. Potlatches were ultimately outlawed in the North America at the end of the 19th century. Large bronze blades were early forms of coins and where very common throughout ancient China. Approximately 2,500 years ago, a Chinese prince allowed his troops to use their knives as payment for goods when money was scarce. After the troops began bartering with local villagers, the concept caught on and soon became a standard form of currency. They were most widely used in China during the Zhou Dynasty (between 600 and 200 BC), and were often were fitted with ring shapes at one end so that the knives could be carried conveniently on belts and straps. The largest form of currency in the ancient world was known as the “Rai Stone”. These gargantuan stones, pictured above, were carved from a single piece of limestone. They each had a signature hole in the middle, measured up to 12 feet across, and weighed over 8 tons. Each Rai stone a story of its own that determined its value. Since the creation of each was such a massive undertaking, the difficulty experienced along the way would increase the value of the stone.

The villagers risked their lives canoeing to a neighboring island where limestone could be found. Then the disks had to be carved and painstakingly carried back to the village (again, via canoe). One of the canoes sank once, and the stone that was lost was still a part of the economy. They just recognized the stone as being out in the ocean and “ownership” of it changed. None of the stones ever actually moved since they were so heavy. They just acquired a new owner and remained in the same location.

If a villager died in the process of carving or transporting the stone, which was not uncommon, its value increased. Because of the significant amount of time and effort put in to each stone, transfers from one villager to the next could only be done following an elaborate ceremony.

Ross is a patent agent and a Listverse fan.