With Hollywood turning out so many movies ever year, it is no surprise that they are often full of clichés. This is a list of the ten we see most often in movies. This is Wikipedia’s definition of a cliché: A cliché is a phrase, expression, or idea that has been overused to the point of losing its intended force or novelty, especially when at some time it was considered distinctively forceful or novel. 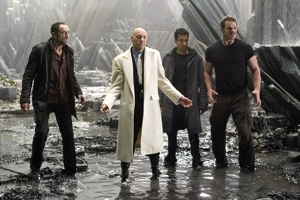 How many times can action heroes dodge dozens of bullets and never get hit? They have obviously never heard of target practice.

Seen in: Virtually every action film ever made!

Watch the worst henchmen in history miss every single shot in Sylvester Stallone’s Cliffhanger at Amazon.com! 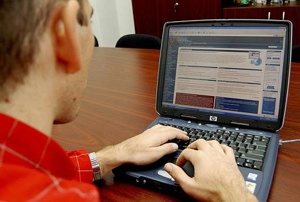 It appears that these days all you need to crack into government files is a laptop and a local library. Nevermind the fact that a lot of government data is still on paper and is not electronic; if you need it in a film, you will find it. Oh, and it will take just a few seconds less than you need to save the day.

Seen in: The Bourne Supremacy, Enemy of the State, Mission Impossible 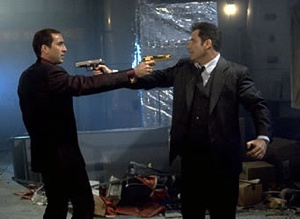 The bad guy is just about to kill the good guy when a shot rings out… But the hero doesn’t fall (though the look on his face is priceless). Suddenly the camera swings to reveal a saviour – the third person shooter – who just shot the bad guy! 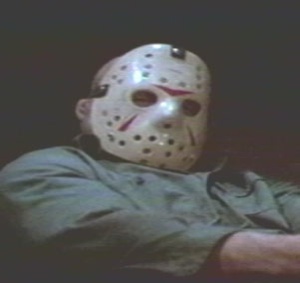 How many times have you seen this in a film? The good guy kills the bad guy (or he dies by some other means) and the good guy lets out a sight of relief (and often turns his back on the killer). Suddenly the killer jumps up and the action starts again. There is a good side to this cliche – if we were ever in a position in which we needed to kill someone to survive, we would check the pulse!

Seen in: Halloween, Live Free or Die Hard, The Matrix, The Terminator 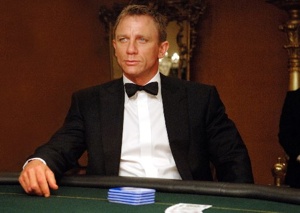 Like the TV protagonist in 24, some men like James Bond emerge from any beating looking as fresh as a daisy. This has a counterpart in 80’s soap operas – every woman in a soap woke up with perfect hair and makeup. 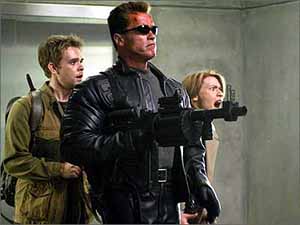 It seems that every action hero, at some point, will need to dive under or through sliding doors. This is especially true when you are a hero on a spaceship.

Seen in: Raiders of the Lost Ark, Terminator 3

Put those Nazis back where they belong and buy Indiana Jones and the Raiders of the Lost Ark at Amazon.com! 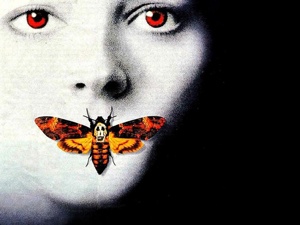 The worst disguise of all is the oxygen mask. How many times have we seen this in a film? The hero – or the bad guy – gets himself out of a very sticky situation by sticking on an oxygen mask. In one variation on this cliche, the bad guy put the mask on a dead guy so he could escape (Silence of the Lambs).

Seen in: Silence of the Lambs, Ocean’s 11 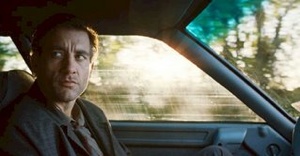 Cars are incredibly reliable machines – except in movies! You are almost assured of a breakdown once the action starts. This can have particularly bad consequences for the good guys (e.g.: The Texas Chainsaw Massacre).

Seen in: 28 Weeks Later, Children of Men, House of Wax

2 The Gun is out of Bullets 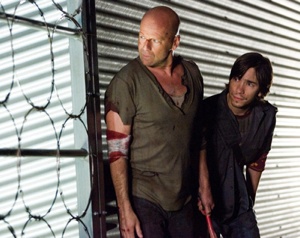 Just as the moment of truth arrives, you run out of bullets. This one usually results in the hero running from barrier to barrier to escape the gunfire from the enemy.

1 I Still Love my ex-Wife 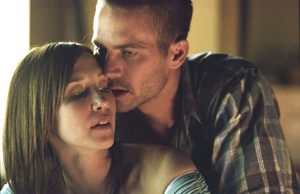 There is nothing like having your ex-wife kidnapped to help you realise just how much you love her and vice versa. This also has the amazing effect of completely changing both of you so that the problems that caused the break-up in the first place are no longer a problem. Maybe we should all try it?

Inspired by the Metro.