Comic books and superheroes have captivated minds for decades. Surely everyone has dreamed of gaining superhuman abilities, such as flight or extreme strength. What could be better than instantly traveling anywhere in the globe or running at Mach 6? While these powers work well for our fictional heroes, they wouldn’t turn out so well here on Earth. A majority of common superpowers are simply overrated, if not downright deadly.

Ask anyone what their superpower of choice is, and many will respond “flight.” Since the dawn of time, humans have looked to the skies in hopes of one day soaring among the birds. Sure, planes are a great way to travel, but what could beat lifting off using nothing but your own natural abilities?

In truth, flying isn’t as glamorous as it seems. To avoid birds, bugs, and other low-altitude pests (buildings, antennas, etc), you would need to fly a few thousand feet in the air. And for every thousand feet you go up, the temperature drops 1.65 degrees Celsius (3.0 degrees Fahrenheit). At 30,000 feet, you’re looking at an outside temperature of -23.8 degrees Celsius (-31 degrees Fahrenheit). You can bundle up to beat the cold, but make sure you have enough room for your oxygen mask; at 30,000 feet, the air is so thin that you’d pass out in seconds from oxygen deprivation.

Now that you’re safely flying with your parkas and oxygen tank, remember not to break the speed of sound. In doing so, the friction of the molecules in the atmosphere hitting your body will create incredibly high temperatures, incinerating you despite the frigid temperatures. All in all, it’s a much safer bet to leave flying to the birds. 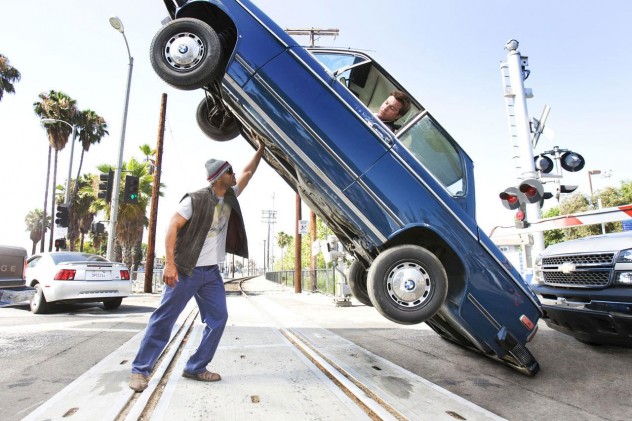 Those that don’t choose flight are likely to choose super strength. Anyone that could lift a car over their head with one hand would be sure to gain the admiration of a large number of fans. Heroic deeds like stopping runaway trains or catching falling planes would be a breeze! If the hero deal isn’t your thing, you could always become a professional athlete, smacking home runs or knocking out any opponent in the boxing ring.

Anyone with a basic knowledge of physics can tell you that catching a falling plane will not result in a gentle landing. If you put your hands out to catch a massive jetliner that is plunging at hundreds of miles an hour, you will simply punch through the hull, likely killing anyone on the other side.

Okay, so killing people that you were trying to save isn’t your thing. Sports are an option, right? Some may be—as long as they don’t involve contact. When anything you lift feels as light as a feather, you’re going to have a hard time controlling your strength. That boxing career will be over the moment you throw a punch and knock someone’s head off. Running back, starting pitcher, power forward—a vast number of sports and positions would all be unavailable to you. 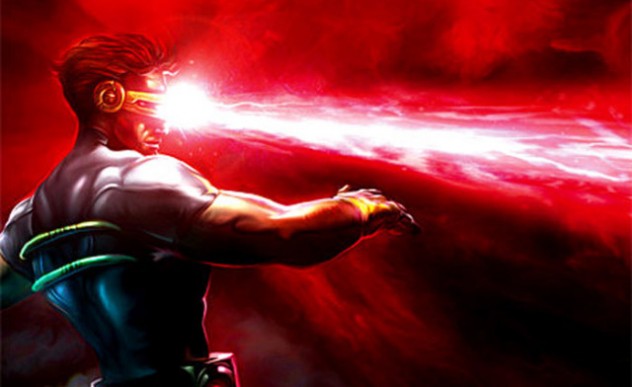 Is there anything cooler than firing super-precise lasers from your eyes? Laser vision sounds awesome, but think about it in practical terms. How often in your life have you said, “Man, this sure would be easier if my eyes were capable of melting steel”? Odds are, you’ve never said that. Laser vision would be impressive, no doubt, but simply unusable in everyday life. Your best bet would be to find the nearest research facility in dire need of lasers (they’re incredibly expensive and require a lot of energy to operate). Offer them your unique skills for a hefty sum of money, and live the rest of your days as a human laser. 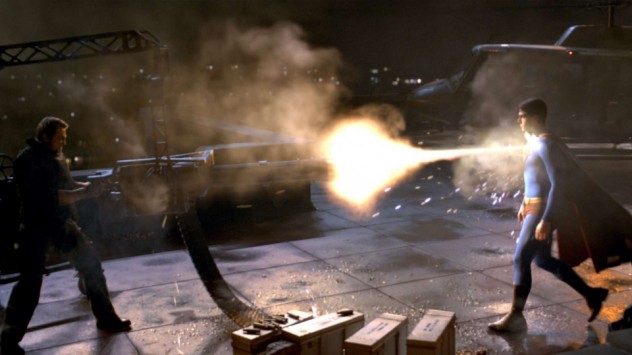 Imagine being able to witness the entire rise of human civilization firsthand. From this day forward, nothing can harm or kill you. You’ll live forever and see how far our species progresses. You can live your life as you choose, knowing you will never die.

Think about that for a second; you’ll never die. You’ll see the rise of humanity, but you’ll also see the terrifying and undoubtedly violent fall of it. With each generation, those you love will wither and die while you will stay healthy and free of disease. Everyone you know will die until it’s just you—alone on a desolate planet. And even that won’t be the end. One day, the Earth will be engulfed by the Sun, which will eventually fizzle out of its own accord. And if humanity hasn’t found a way to leave the planet by then, you’ll just be floating aimlessly in space, wishing you had taken the flight superpower like everyone else. 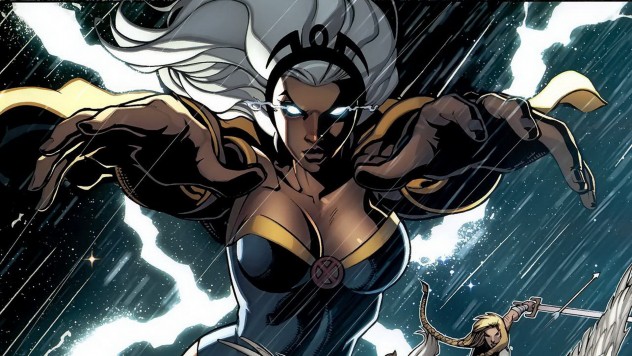 Every child has fantasized about an unexpected snow day so they won’t have school. With the ability to control weather, every day could be a snow day—or a sunny day for that matter. The decision is up to you.

The part we don’t see in the comic books is the aftereffects of those unusual weather changes. Constant storms may be fun for a child, but they are dangerous to others. Frequent sunny days may ruin a local farm, resulting in less food and putting the family out of business. Your selfish desire for a particular type of weather would have serious repercussions. 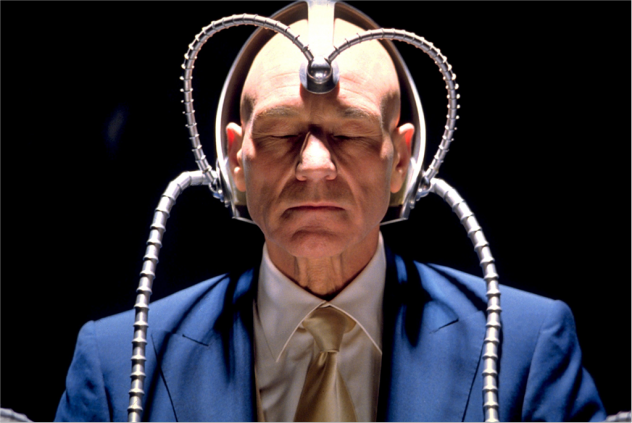 Many people believe their life would be far easier with the ability to read minds. Every small issue could be handled immediately. Business deals could be struck, and new friends could be obtained with relative ease.

Unfortunately, not everything you hear will be good. The person you thought was your best friend may actually think you’re a complete idiot. Your boss may be mentally counting the minutes until he fires you. With every thought you intercept, you risk hearing bad thoughts—possibly directed towards you. In addition, if you couldn’t filter individual thoughts out, the constant influx of minds would be utterly overwhelming, inducing the worst headaches known to man. 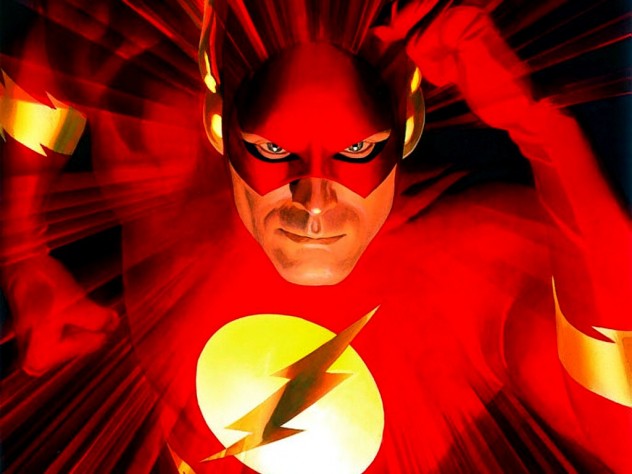 This power has many of the same disadvantages as flight. When you break the sound barrier, the friction of your body hitting the air molecules will produce incredible heat and burn you alive. Fortunately for speed enthusiasts, as long as you don’t go over Mach 1, this won’t happen.

Don’t get too excited though! Running incredibly fast would be useful—if America were an open field. At high speeds, you may have superhuman reflexes, but now your mind’s reaction speed is going to hold you back. You won’t be capable of responding to a sudden obstacle in your path. Straightaways will work just fine, but don’t run anywhere with obstructions. A sudden car, tree, or human will leave you a bloody, unrecognizable mess. 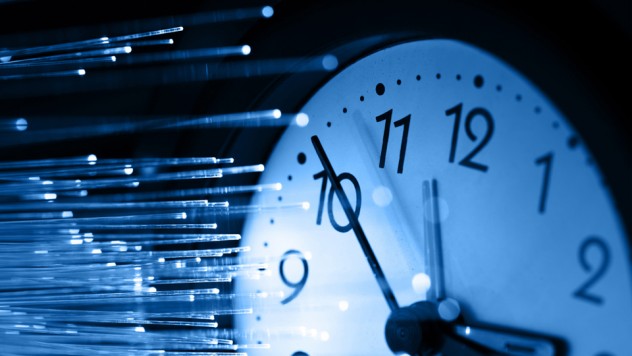 Everyone can agree that time travel has its advantages. Being able to travel back in time and stop a calamity is hard to argue against. But what if preventing that disaster results in something worse down the road? Are you qualified to make that call?

In preventing 9/11, you might possibly motivate foreign terrorists to go bigger, resulting in a nuclear explosion in a crowded city. That’s still not a problem—just go back in time and fix it again. But everything you change will have its unpredictable consequences. The butterfly effect maintains that going back in time and changing anything, even the flight path of a single insect, could have a disastrous effect on history. In the end, you’ll find yourself constantly going back in time to try to fix your mistakes and will never find perfection. 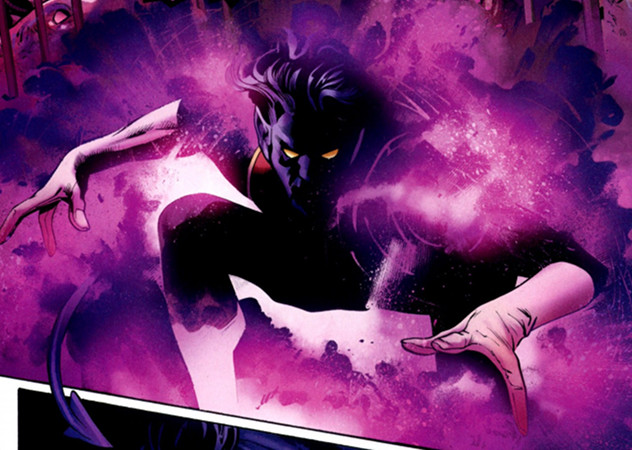 With teleportation, you have the fast travel of flight without the risk of burning up due to friction, freezing due to cold temperatures, or suffocating due to lack of air. Teleportation is the way to travel, right? Wrong.

The instantaneous nature of teleportation is what makes it so dangerous. In many sci-fi realms, teleportation involves two stationary hubs through which characters travel. They always arrive in the same location. Teleportation from human powers would allow you to arrive anywhere in the world, regardless of any object (or human) standing there. What would happen upon your arrival? It’s unclear, although certainly possible that you and the unfortunate person standing in your landing zone would become intertwined in some sort of twisted, multi-limbed being. If that isn’t a reason to stay away from a superpower, we don’t know what is. 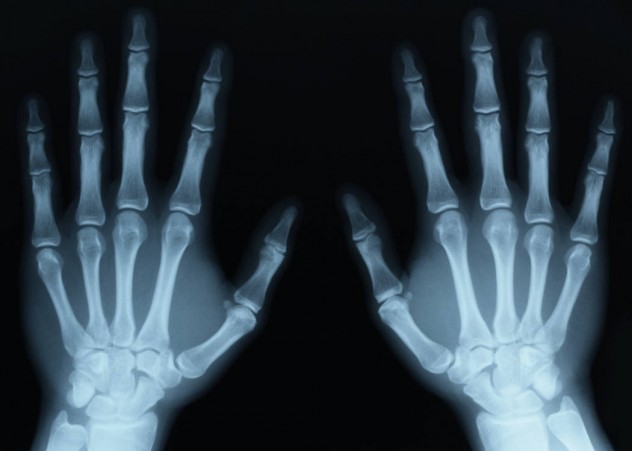 X-ray vision may be a bit more practical than laser vision—if you’re applying for a job with the TSA. Aside from monitoring passengers for guns and explosives, it’s unlikely you’d get much use from the ability. The childhood fantasy of seeing through other people’s clothes is far from the truth. X-ray vision would be very much like looking at X-rays in a doctor’s office in real time. You’d be able to diagnose broken bones and other ailments, but you’ll be giving your “patients” a “healthy” dose of radiation. Over time, those you look at frequently will begin showing signs of radiation sickness and likely cancer.