No matter how we look at it, the human body seems hilariously devoid of cool features, unlike many others in the animal kingdom. We can’t fly, don’t have a mechanism to stay alive underwater, and are not particularly strong, though we do have big brains. That may give us an edge over other less intelligent creatures, but we don’t really seem to possess any special abilities that set us apart.

With the advancement of science, however, we’re slowly realizing that humans can already do many impressive things that we’d usually associate with superpowers, precisely because of how complex and developed our big brains are. 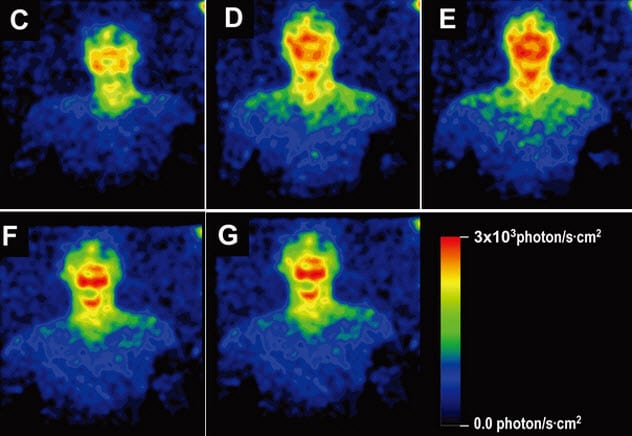 One of the best mutations nature has ever come up with is the ability to produce light. Known in scientific circles as bioluminescence, anyone at the beach at just the right time of the night could tell you about the awesomeness of it. Many oceanic creatures, along with certain mammals, have been found to have the ability.

According to recent research, however, humans produce their own kind of light. We didn’t know about it until now because it is outside the range of what the eye can see. In an experiment, researchers plugged in five volunteers and monitored their light emissions for 20 minutes every three hours.

To their surprise, they found that the human body constantly emits a glow we had no idea about, though it’s not to be confused with the glow from all the heat. The glow is the brightest around the head and was found to be the dimmest late at night. They’re not exactly clear on what causes it, but they’re sure that it’s somehow related to our metabolism.[1]

Our ability to tell hot from cold is already well-documented. We know that our skin is extensively equipped to distinguish changes in temperature. Along with our mouths and other organs, it all comes together to make sure that we don’t accidentally swallow a steaming hot potato and end up burning our insides. That’s only if we touch it, though.

What about the other senses? Could we theoretically hear hot and cold? Absolutely yes, says a study conducted by a sound design agency.

Researchers made people merely listen to the sound of hot and cold water pouring into a glass and asked them to tell one from the other. Surprisingly, a whopping 96 percent of the subjects were able to and researchers have no idea why.

Some theorize that it may be due to cold water being more viscous and our body having developed a sense to recognize it over time. But why we would develop an ability like that remains a mystery.[2] 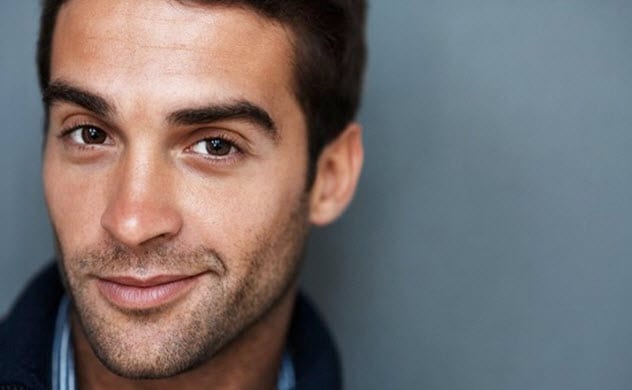 The mythical gaydar is a popular topic of conversation at drunken college parties and in rooms full of behavioral scientists alike. We have discussed whether humans possess the power of detecting someone’s sexual orientation, although conclusive answers have always eluded us. That is, until some scientists took a serious go at it and decided that we do.

The studies have been aplenty and decisive, proving that all of us are born with the ability to identify sexual orientation by various cues. The facial structure is the primary one.

In one study, subjects were shown photographs of 45 gay and 45 straight faces. All the participants—yes, all of them—were accurately able to predict which ones were gay, even when the photographs were flashed for as little as 50 milliseconds.

Admittedly, that one was only on male faces. In another study, researchers found that we are even better at determining sexual orientation for women from their photographs.[3] 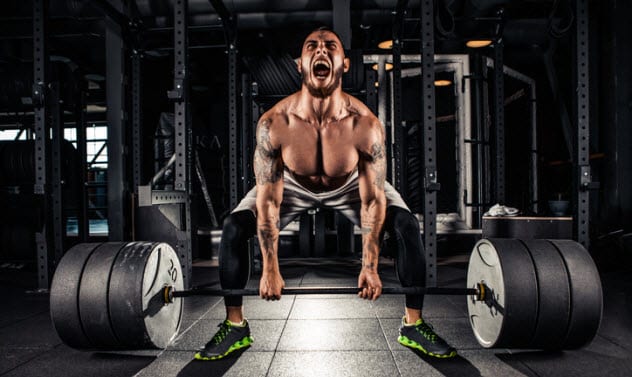 No matter who you talk to, we all know the limits of human physical strength. While we’re intellectually gifted enough to build cool stuff like spacecraft and YouTube, humans have never been very high on the strength rankings—and we know it. Sure, we can pick up a heavy rock or two if the situation demands it. But we can’t, say, lift a car now, can we?

Weird thing is, we can. It doesn’t just show up in urban myths. People have verifiably been able to lift cars and other seemingly impossible weights in times of distress—like when their child is in danger—that they weren’t able to replicate afterward. Ordinary individuals have been able to do on a usual day what Guinness World Record holders practice years and years to do once on camera. So, what gives?

Sadly, we don’t exactly know the kind of mechanisms that come into play when superhuman strength is activated as those situations are difficult to replicate in the lab. But we have certainly recorded enough cases that prove it’s a super ability we’re all born with.[4] 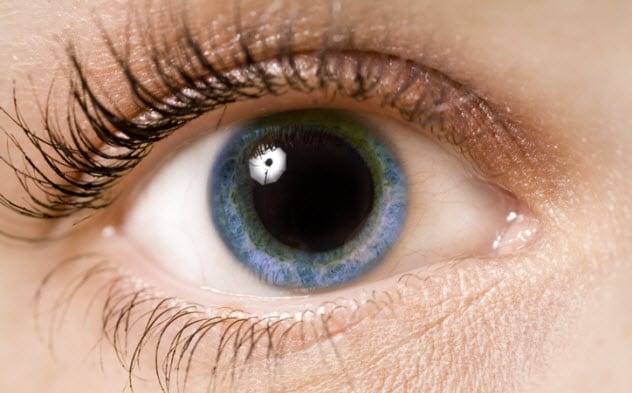 The limits of the human eye aren’t precisely known. While we know it’s capable of perceiving the world better than those of most other creatures with vision, we don’t really know exactly what all it can do.

One of the biggest questions scientists have been asking for a while is exactly how many photons the human eye can see. Despite being a weirdly specific question, this has been difficult to answer.

While previous studies had been done to gauge the photon-spotting limits of our eyes, it couldn’t be established if it was just a response or a true visual signal transmitted to the brain. In a recent study, though, researchers found that the human eye can spot a single light photon.

Describing it as “almost a feeling, at the threshold of imagination,” the researchers say that this could open up the way for crazier experiments. For example, how will this apply to unexplainable quantum phenomenon like quantum entanglement? We’ll find out soon enough as those studies are ongoing.[5] 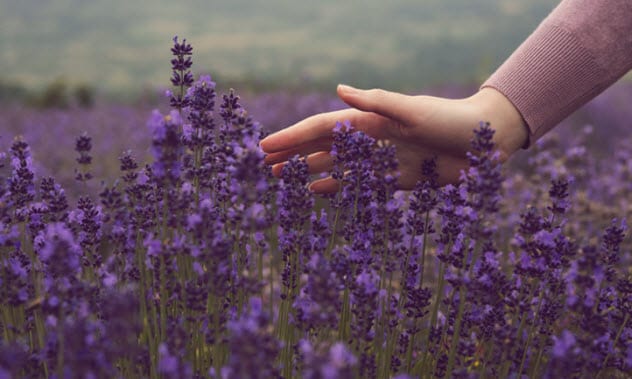 Our sense of touch doesn’t usually get the most stage time, mainly because it’s usually not able to do cool things like the more popular senses of vision or hearing can. While we know we can touch and tell a lot about a wide variety of things, we’re never exactly told how advanced our sense of touch really is.

To really determine the limits of touch, scientists tested to see if people could distinguish between silicon wafers with a difference of a single layer of molecules on the top. To be clear, they were made to be so smooth that telling the difference between the two should have been impossible.[6]

Researchers were surprised to find that all 15 people surveyed could tell the difference 71 percent of the time. The scientists found it so impressive that they’re now planning to implement it in existing prosthesis tech, meaning that prostheses could soon be better at the sense of touch than actual hands.

4 Recognizing A Smile Before It’s There 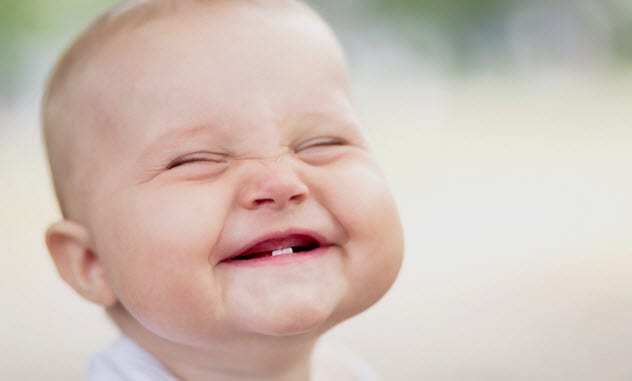 The smile forms an important part of human conversation no matter where you go in the world. It’s also one of the most mysterious as we don’t fully understand it.

For example, a smile is not always a response to something funny and may even be able to convey an emotion better than words at times. We’ve always wondered what makes it such a crucial nonverbal cue in everyday interaction, especially how well we can detect a fake smile from a genuine one.

According to studies, we’re also able to detect the type of smile before it even happens. Researchers found that we have the ability to anticipate an oncoming smile and match ours with it in a day-to-day conversation. In addition, we can detect if the smile is fake because the responses only triggered if the smile was genuine.[7]

3 Sense Of Smell As Strong As Dogs 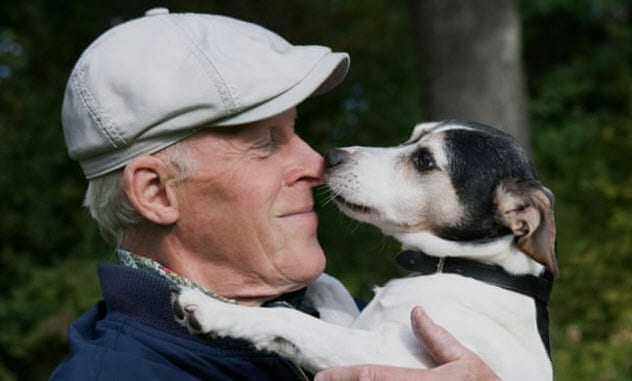 While our sense of smell is cool in the way that it lets us sniff nice fragrances and alerts us to harmful particles in the environment, it’s never been thought to be particularly powerful. Dogs and other mammals are usually believed to be better at smelling than we are. In fact, humans even think of it as a superpower—heightened smell is one of Wolverine’s powers.

The neuroscientist’s findings prove that it’s actually much bigger than we thought, surprisingly so. He even found the number of smell receptors to be much more than previously believed and on a par with animals we usually think are better smellers than us.[8] 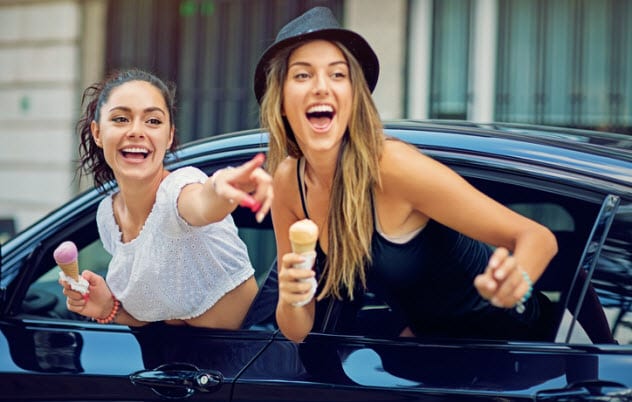 Detecting women in fertile stages of their menstrual cycles is a useful—if a bit creepy—way to determine who to approach at a social gathering. But it’s not understood very well. Scientists have been trying to find the external cues for it for a long time. Then they realized that we don’t need to know the cues as the human brain is quite capable of detecting them on its own.

In one study, women were found to be aptly able to recognize other women in their ovulating stages, probably to tell which girl is the most likely to hit on their partners. This seems like a justifiable response from an evolutionary standpoint.

In another study, researchers found that men tended to see ovulating women as more attractive, indicating that the ability is innate in most of us. Surprisingly enough, that wasn’t true for married or committed men, which suggests that even evolution highly advises against cheating.[9] 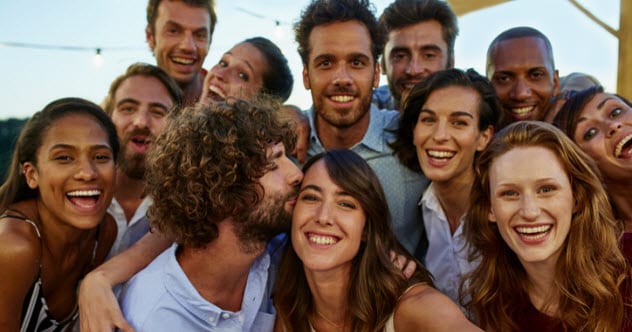 Gauging someone’s personality in a conversation and modulating our responses accordingly is something we all do subconsciously, even though we don’t realize it. A lot of it is still based on visual and audio cues, and we don’t really associate other senses with it. That’s why researchers were surprised to discover that we’re pretty good at smelling out personality as well, completely changing how we look at day-to-day interactions.[10]

In a study at the University of Wroclaw, researchers found that we’re able to predict various personality traits—such as extroversion, neuroticism, and dominance—from body odor alone. The accuracy rate was as good as when the subjects were shown visual cues, especially for dominance in those from the opposite sex.

The researchers don’t quite understand how it works. However, this study was the first of many now being done to understand the various personality traits our odor carries. More answers are likely on their way.

Himanshu can be found shouting obscenities at strangers on Twitter @RudeRidingRomeo or making amateur drawings on Instagram @anartism_. Has written for Forbes, Cracked, Arre, and Screen Rant. Pay him money for writing stuff for you here: [email protected]

Read about more human superpowers on 10 Tribes With Superpowers You Wish You Had and 10 Superpowers Real People Have (And Why They’re Terrible).