When scientists aren’t busy de-ionizing particles, or crystallizing hydrogen sulfides, or doing other vaguely science-sounding things we just made up, they’re relaxing on bingo sites or playing video games. How do we know that? Well, how else do you explain these awesome new technologies that were once only in video games but are now available in real life? Things like . . . 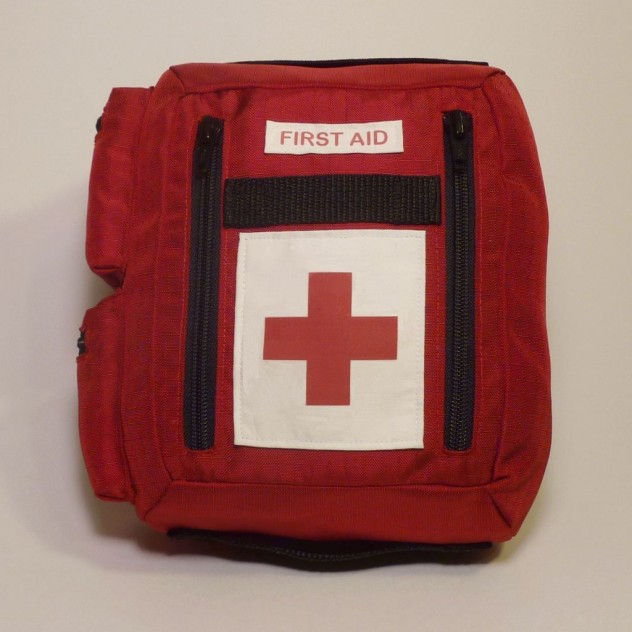 DARPA’s gotten into the medpac business, too, inventing a foam meant to stabilize internal bleeding. While it doesn’t heal the wound, it does buy time to rush an injured soldier to a hospital. Apparently, the foam can be removed quickly as well, which is good because the last thing a surgeon wants is to perform a delicate operation on a body filled with Styrofoam packing peanuts. 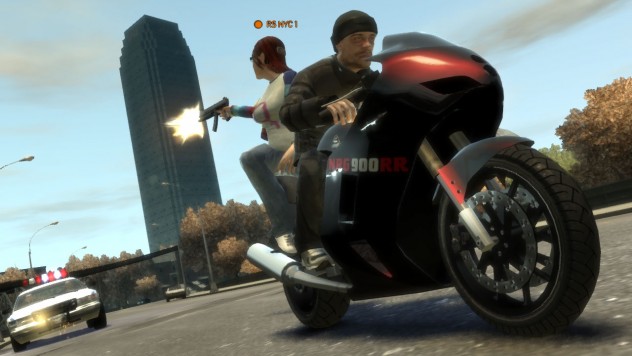 Do you like shooting, but suck at it? If you have a spare $17,000 and think the worst part of hunting is the actual hunting, you could buy the XS1, a Linux-powered rifle developed by TrackingPoint. Yes, that’s “Linux” the operating system. The XS1 has a tracking button that, when pressed, marks the target and will even follow it as it moves. From there all you have to do is hold the trigger and line up your dot with the tracking target. The gun automatically fires when the two targets are aligned and accounts for wind speed, elevation, etc.

Like a good video game, the gun even incorporates smack talk. If you choose, the gun will post your kill online so you can brag to your friends about what a great shot your bank account is. If you really want one of these guns you’ll have to wait: there’s a huge backlog of orders. 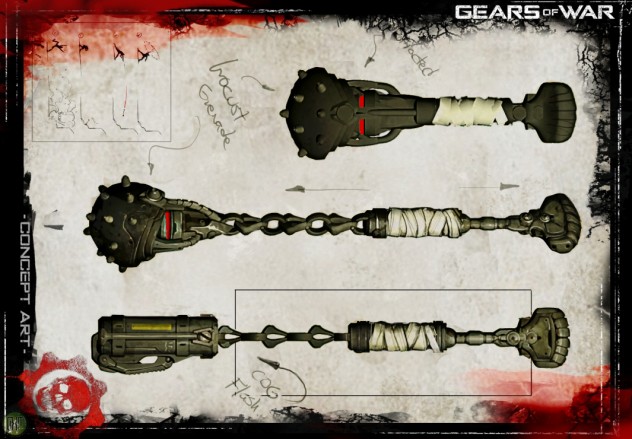 It used to be that if you found yourself in a battle and your enemy used the time-honored cheat of ducking behind a wall that was that, you couldn’t hit him—but then some government scientist spent a weekend playing Gears of War and got the idea for a smart grenade. Thus, the XM-25 was invented. It’s a rocket launcher with programmable grenades that can be set to detonate at a specific point in space, such as when it’s directly over your enemy’s head, and spray shrapnel straight down. The XM-25 is currently being used by some US Special Forces, and the army is considering a larger roll-out.

Default weapons are all well and good, but to really dominate you need to use the fancy stuff: bullet-mounted cameras, proximity mines, and other fancy devices. In video games, anyway—that’s not how real life works, right?

Nope! Check out the M32 multiple-grenade launcher. It’s capable of shooting 6 rounds in less than six seconds and comes with a variety of ammo including HUNTIR rounds, which are basically miniature video cameras that float to the ground via parachute to provide battlefield surveillance, and HELLHOUND rounds, which are extremely powerful projectiles that cause massive damage. It doesn’t automatically adjust to your team colors, but if you use it right, no one will be able to get close enough to tell anyway. 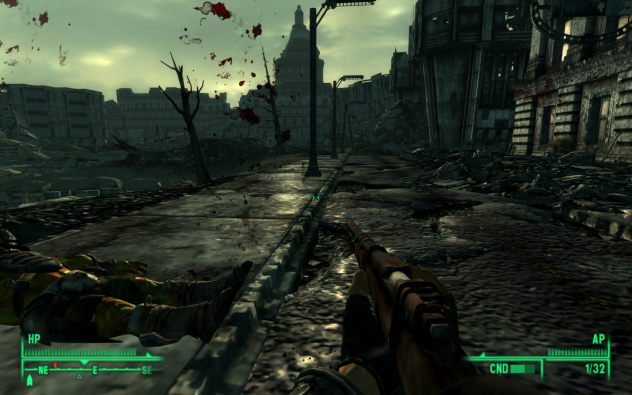 When you’re in the middle of an Xbox shootout you need to be able to see three things: where your friends are, a map of the area, and an inventory list. That’s where the heads-up display (HUD) comes in handy. By now you’ve now doubt heard of Google’s Project Glass, which aims to bring the internet to your glasses, but there are several other companies working hard to bring a heads-up display to life.

Engineers at Ulsan National Institute of Science and Technology in South Korea have invented a soft contact lens with all the benefits of Project Glass with none of the side effects of looking like you lost the bottom half of your eyeglasses. It’s different from previous electronic contact lenses in that they use an off-the-shelf contact and mount it with a light-emitting diode. Researchers at the University of Washington have been working on something similar, and have so far managed an 8×8 pixel array. It’s only a matter of time before you can easily keep track of your ammo and health bar while walking down to the corner drugstore.

People who fire guns a lot occasionally run out of ammunition, and not just when they’re flying through the air in slow motion with a gun in each hand firing at the Russian terrorists who’ve kidnapped their daughter. Which is why someone invented an actual ammo counter to help them out.

The counter is basically a tiny computer running on AAA batteries that attaches to your gun. It uses an accelerometer to measure the recoil of each shot and displays how many shots you’ve taken. It’s significantly more accurate than the person actually shooting the gun because it’s a computer and won’t get distracted. 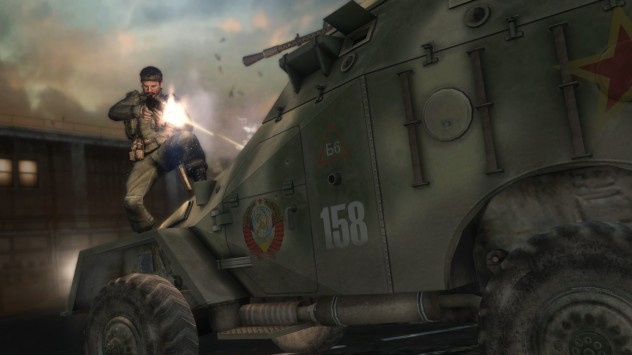 In the Battlefield series of video games, your tank can easily take a few direct hits from a rocket launcher—but try that in real life and you’ll discover that tanks aren’t magic. DARPA took their disappointment and used it to crush reality by inventing a vehicle armor system called the Iron Curtain. It uses multiple metal plates to create an electric field and a range of sensors to identify potential projectiles. These two things work in tandem to detonate any explosives right before they can make contact with the vehicle—saving both repair costs and lives, but not paint.

Anyone who’s played Bioshock is familiar with “Plasmids,” those awesome power-ups that give you psychokinesis or telekinesis (or anything-kinesis really). While we may not have exactly those powers, new drugs can expand your mental powers—although there may be some side effects.

We’ve already heard about drugs like Adderall and Ritalin used to supposedly enhance concentration, but the newest drug that everyone’s talking about (extremely rapidly and with excessively animated hand gestures) is Modafinil. Originally designed to assist people with narcolepsy or who are working night shifts, its use has been appropriated by people looking to get a leg up on their competition. Supposedly, Modafinil enables people to stay awake for 40 hours without any reduced mental capacity, and it’s been studied by the US Air Force as an effective drug for fighter pilots who routinely need to stay airborne and alert for long stretches of time.

The one thing common to just about every video game is the fact that you, the player, are controlling another character. But for those for whom controlling a digital person has never quite been enough, take heart: scientists are quickly discovering that they can do the same with animals.

North Carolina State University’s iBionics Lab has wired up the brains of several cockroaches to create the world’s most disgusting cyborgs. Scientists are then able to steer the cockroaches via computer with amazing precision. The head of the lab claims they can be used as first responders to reach impassable places during a disaster.

Not to be outdone, scientists at the State University of New York have created robo-rats. The benefit of using live animals, as opposed to machines, is that you don’t need to manufacture complicated parts. All you have to do is wire directly into the brain and then train the rat to respond to certain stimuli. It sounds expensive but the researchers claim each rat can be controlled for less than $40! 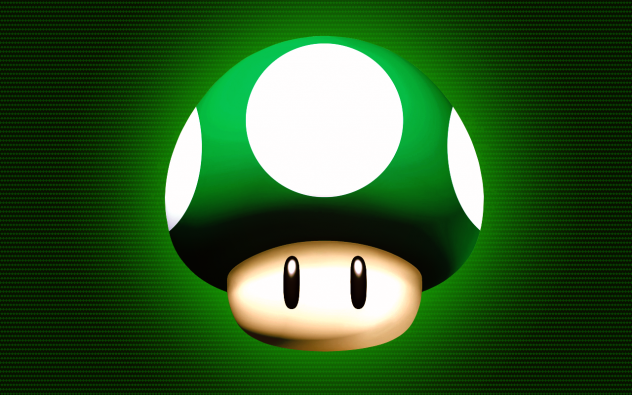 If you’ve ever been frustrated that Sonic The Hedgehog gets a new life for every 100 rings he collects while you’re stuck with only one life no matter how much stuff you steal, take solace: in the not-too-distant future that might not be the case. Mark Stephen Meadows is one of many people who thinks it would be possible to create an artificial body you could control from the comfort of your own home or specially designed facility. The ability to transfer data rapidly and turn physical and mental controls into outputs via some sort of interface are technologies we already have available. It’s only a matter of time before they become more advanced, cheaper to build, and easier to use. One Russian billionaire has unveiled plans to create a fully holographic body by the year 2045 and you can sign up to follow his progress.

Someday, second chances will be available at the push of a button.