Sometimes people end up in absurd situations that should have killed them. Sometimes, despite all the odds, they manage to live to tell the tale. These 10 people faced the Grim Reaper and told him to stuff it. 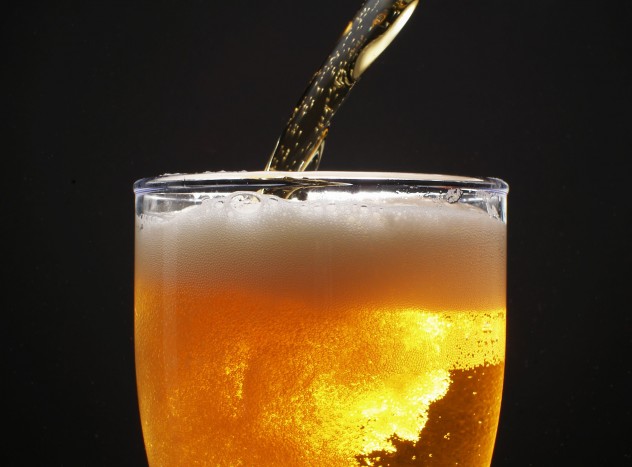 Snaz Martin was kicking some rowdy drunks out of his bar when one of them decided to return and stab him in the stomach with a knife. Martin doesn’t weigh much, but he has a pronounced beer belly, and doctors believe he was saved by his extra layer of fat. He had to spend three days in the hospital, but the fat prevented the knife from hitting vital organs. He made a full recovery. 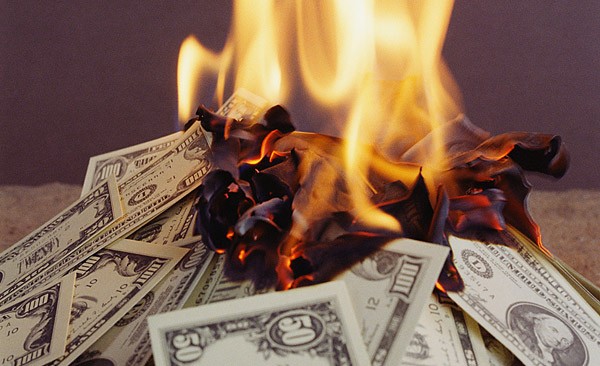 Dominik Podolsky was on a ski holiday when he got stuck on a lift, with the temperature at -18 degrees Celsius (-0.4 Fahrenheit). To make matters worse, Podolsky had forgotten his cell phone and couldn’t call for help. Despite using techniques he’d learned in the military to combat hypothermia, he was going numb and kept falling asleep. Jumping off the lift was a dangerous option due to the height, and he was afraid he would be immobilized and freeze to death after the fall. With darkness setting in and the situation looking grim, Podolsky started burning everything he had in the hopes of attracting someone’s attention. He started by burning his handkerchief, then moved to his business cards and restaurant bills. Just as he was burning the last of his money, someone finally noticed.

Instead of thanking the crews who saved him and treated him for hypothermia, he’s considering suing the ski company, even though he allegedly ignored warning signs saying the ski lift was not meant for downward travel. Unfortunately, sometimes people who cheat death are real jerks. 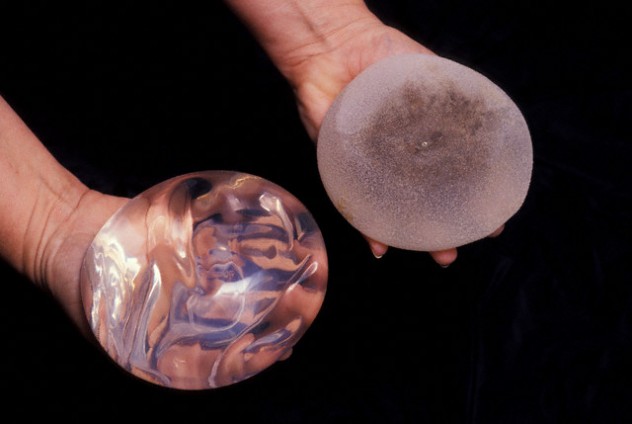 A woman had just dropped off her boyfriend when he opened fire on her with a handgun, grazing her arm and piercing both of her implants. She was airlifted to a nearby hospital, where they found that her implants were damaged and had to be removed, but she suffered no serious injury. While this is not the first time someone has been saved by their implants, it’s still a very rare occurrence. After cheating death, she decided to get new breast implants. 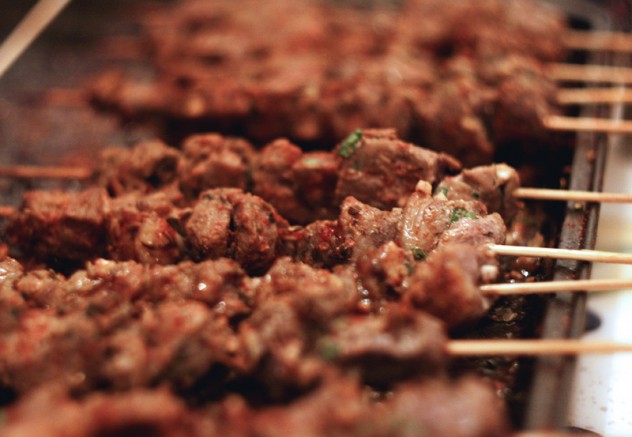 Nicholas Blossom was at a party in Manhattan getting totally hammered when he accidentally fell from a third-floor balcony. On the way down, he impaled his head on a spiked fence. The spike was stuck so badly that rescue workers had to free him with an electric saw. To make matters worse, he still had a piece of fence stuck in his scalp upon arrival at the hospital. Luckily for Nicholas, even though the brain is a very sensitive organ and doesn’t like having things rammed through it, he survived his injury and eventually made a full recovery.

6 A Nail To The Heart 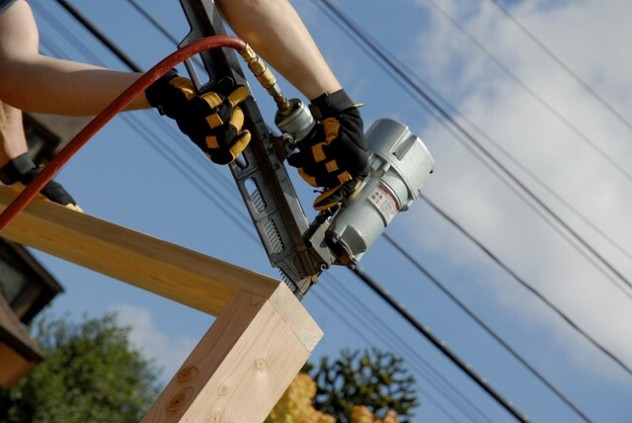 An Argentinean carpenter was minding his own business at work when a coworker accidentally shot him in the heart with a nail gun. The nail shot straight into his heart, and he had to endure hours of major surgery. In an incredible twist of fate, the nail had punctured him in just such a way that it was acting as a stopper and preventing him from dying immediately. The hospital director explained to reporters that only three other people had ever survived such an injury, and none were from his country. And we’re happy to report that the carpenter managed to make a full recovery.

5 Taking A Steel Rod Through The Brain 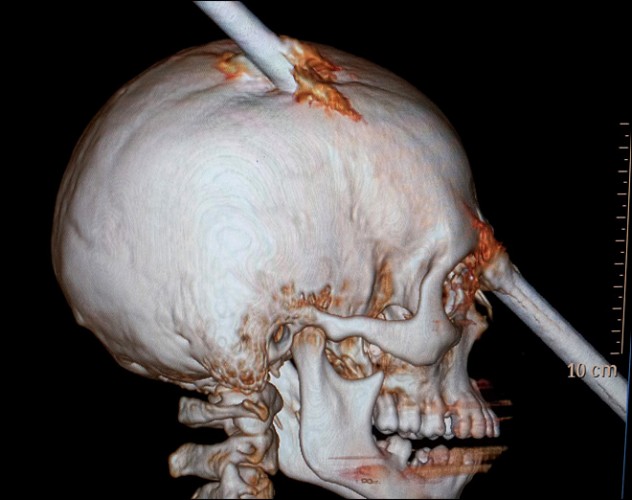 Eduardo Leite was working a construction job when a metal bar fell from a few stories up; it went all the way through his hard hat and the back of his skull and then exited between his eyes. When the man arrived at the hospital, he claimed that he felt no pain and didn’t seem the least bit bothered by the metal rod inside his head. The doctors said that the bar was centimeters away from causing him to lose an eye and the use of the entire left side of his body. Eduardo made a full recovery and is clearly the toughest man in Brazil, bar none. 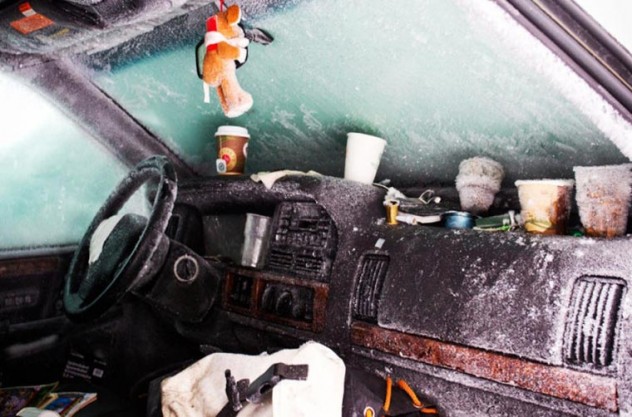 A Swedish man was trapped in his car by a blizzard for two months—without food. He was found curled up in a sleeping bag and so weak that he could hardly speak. While the man was able to eat snow to stay hydrated, a human can only live for about four weeks without food. The doctors believe he managed to enter a dormant state, much like a bear hibernating, to survive. His body temperature dropped to 31 degrees Celsius (87.8 Fahrenheit), and he managed to expend very little energy.

3 Why Did It Have To Be Snakes? 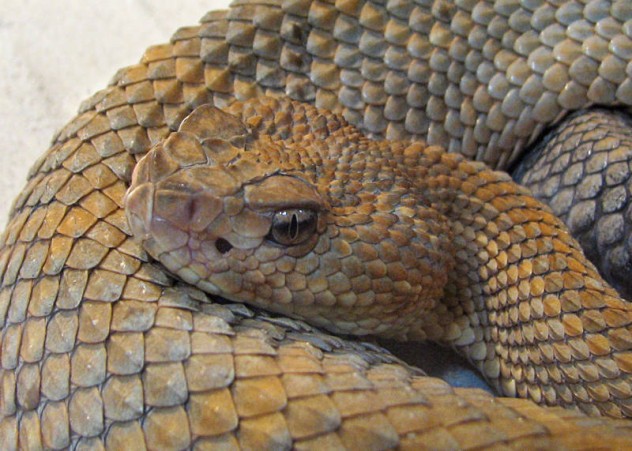 Sixteen-year-old Vera was walking outside her uncle’s house when she fell into a nest of rattlesnakes. She ended up getting bit by one adult rattler and five young ones. It’s difficult to know the exact amount of venom she received because rattlesnakes can choose the amount of venom they deliver. But we do know it was quite a lot because Vera’s vision immediately started going funny, and she had to remain in the hospital for four days. It took a whopping 24 vials of anti-venom to enable Vera to make a full recovery. 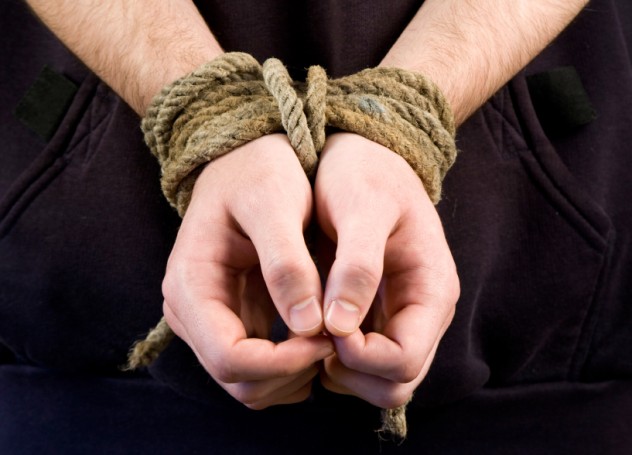 Robert Hall was drinking with his ex-wife, her brother, and one of her friends when they suddenly turned on him. The trio gave him three jolts from a stun gun, punched him in the face, and put a gun to his head. To add insult to injury, they hogtied him, attached the ropes to the back of a truck, and dragged him for half a mile. Then they cut off some of his hair, tossed him into truck’s bed, and started pondering where to bury him. Even though Hall’s brain was bleeding, and his facial muscles and pelvis were broken, he managed to escape his captors and get help. Hall managed to recover, and the trio is being prosecuted to the fullest extent of the law.

1 Man Bites A Cobra In Its Stupid Face 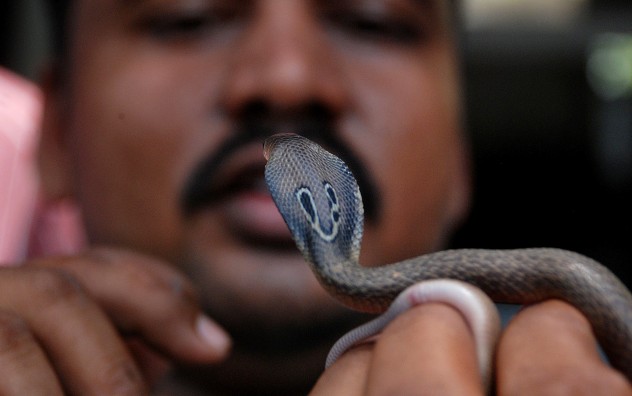 Mohammed Salmodin was tending his crops when he was bitten by a king cobra: one of the most dangerous snakes in the world. King cobra bites deliver a deadly neurotoxin, and there’s enough in a single bite to kill 20 humans in 30 minutes. Receiving a dose of such a potent poison would cause most of us to run to the nearest hospital as fast as possible. But Mohammed just got angry. He decided to take the advice of a snake charmer he once knew and bit the snake back, killing it instantly. Unfortunately for the snake’s family, his species is not endangered, so Mohammed will not be punished for the murder.

Be sure to check out Gregory Myers on Twitter.